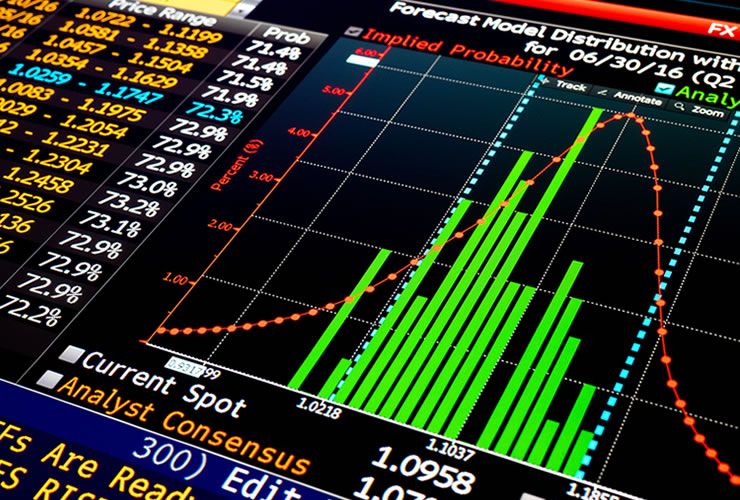 The UK’s pound sterling's impressive recovery against the euro and dollar is unlikely to last indefinitely, which should be obvious. However, picking the turnaround is tricky.

GBP has been on a tear higher as markets unwind their Brexit-inspired negativity towards the UK currency.

The strong run of gains against both the USD and the euro has seen sterling break through $1.46 and €1.29 for the first time since early January and early February respectively before easing back.

Understanding the rally is quite simple - the British pound was sold aggressively as markets cut back on exposure ahead of the EU vote in June.

The sell-off took sterling below fair-value levels; in short it was oversold and undervalued.

But, betting odds in favour of a Remain win have increased sharply in the past ten days taking UK gilt yields and the pound higher.

There was always the chance that the negativity would be unwound, what was up for debate was when it would happen.

Some thought the rally would come after the referendum, but the smart money always knew that you would have to catch the bottom well ahead of the vote, particularly in light of the fact that opinion polls and odds on an UK exit have not changed much.

The chances of the UK remaining in Europe are set around 70%, and it will take a great shift in favour of an exit to justify the recent lows we have seen.

The move higher in sterling has certainly lost some steam. The GBP/EUR exchange rate is looking particularly vulnerable to stalling, as we note here, having risen into the brick wall that is the 100 day moving average.

The technicalities of the market appear to be marrying with fundamentals as the odds for a Remain vote appear to have risen to their limit.

It is almost certain that they will retreat in the run-up to the referendum.

"While those within the financial markets may continue to focus upon the economic merits of membership, for many voters, particularly those outside of the London bubble, the decision remains far more ‘emotional.’  Hence while the remain campaign may have had a strong start the race is by no means over, despite the interjection of Obama into the debate," says Jeremy Stretch, FX analyst with CIBC in London.

Analyst James Rossiter at TD Securities is in agreement and sees the pound to dollar exchange rate retreating all the way to 1.35:

"Despite the rise in odds, we emphasise that we remain cautious going forward—there are still nearly two full months between now and the referendum. As our recent analysis has shown, while a Remain win is favoured by both polls and betting markets, micro-analysis of polling data suggests that turn-out will be key, and a low–to-average turnout will favour a Leave win."

TD Securities have taken profit on our Dec16/Dec17 short sterling steepener trade, while on the FX side they maintain their view that GBPUSD will continue to depreciate into the vote date, with a target of 1.35.

Where Next for Sterling v Dollar?

TD Securities have laid out their stall, but this is by no means the only opinion going.

Looking at the key exchange rates we note that the pound to dollar exchange rate is now at 1.46, around about the January highs.

Two things could now happen - the pound turns lower in a move that confirms this as the upper limit of a range that it will trade ahead of the June referendum.

Or, a break above the highs will confirm a medium-term change in trend which will see the pound head back towards 1.50, a target that we set earlier this month when noting the increase in buying interest in the GBP.

Where Next for Sterling v Euro?

The pound continues to push its advance against the euro too with the euro to pound sterling exchange rate (EUR/GBP) falling to 0.7736.

Turning the equation around this translates to 1.2924 - very near to some of the targets that we have been mentioning in the forecasts we have reported of late.

Again, what we are seeing here is the potential change in trend on the pair, good news for those who are using sterling to buy euros but a ‘better act quick’ message to those using euros to buy sterling!

“Medium term, the trend from the 0.6935 lows set in July 2015 is starting to show signs of reversal. We are clearly through key daily trend supports, but we haven’t broken any major lows yet. A close through 0.7660 would be the first of these to watch for,” says Wilkins.

Then our focus will be on weekly trend support at 0.7590.

Wilkins reckons a direct rally back through 0.7950/0.80 would re-open the recent highs, while a move through 0.82 is needed to negate our underlying view for a move back towards 0.74

CIBC's Stretch believes the relief rally in GBP also has to be kept in some degree of context owing to the real possibility that the tone on the EU referendum could shift quite suddenlt.

"However, in the near term we would be wary of EUR GBP continuing to head back towards 0.7690/95, ahead of what is likely to be a disappointing UK Q1 GDP data on Thursday," says Stretch.

As alluded to, mid-week brings with it the US Federal Reserve meeting and UK GDP numbers - both of which could shift sentiment and put sterling on the back-foot again.