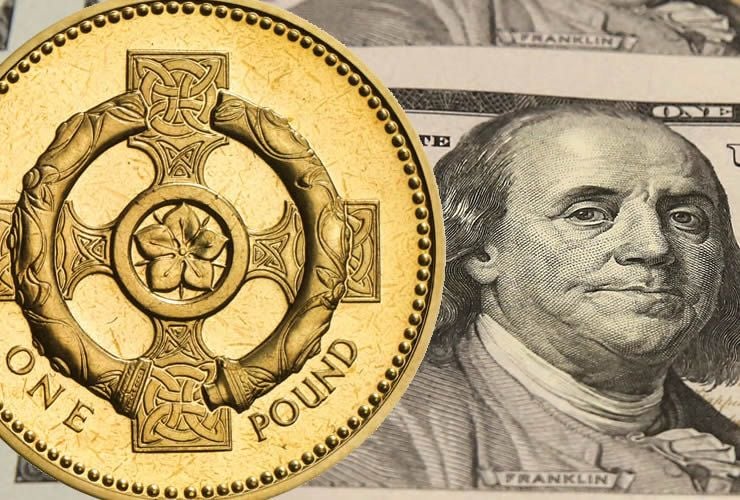 The GBP to USD exchange rate has risen as caution at the US Federal Reserve over raising interest rates in 2016 continues to undermine the US currency.

The pound is seen trading at its best levels against the dollar in three weeks and whether or not the move higher can extend through to the end of April will rely on the breaking of a number of technical barriers that lie just north of here.

The anticipated GBP strength has so far exceeded some analyst expectation by taking out not only 1.4345/50 but the major 1.4400 resistance.

"The strong rally appears to have enough steam left to move above the overnight high of 1.4420 but at this stage, a sustained break above the late March high of 1.4455/60 is unlikely," notes Qek Ser Leang at United Overseas Bank in Singapore.

Support is at 1.4340 but only a move back below 1.4300 would indicate that the upward pressure has eased

The pound's most recent recovery against the dollar can be seen as having been triggered after the Chairman of the Federal Reserve, Janet Yellen, gave a luncheon speech to the Economic Club of New York in which she said that when it came to raising interest rates, caution was, “especially warranted.”

The possibility that the Fed might delay raising interest rates weakened the dollar – as higher interest rates tend to attract more foreign capital due to the higher return foreign investors expect to earn from their money.

In short, a promise of higher rates is the life-blood of dollar strength.

However, Fed Chair Yellen notes that the real fed funds rate is low and consistent with further improvement in the labour market, so these data are not going to change sentiment much, if at all.

Our observation made in late March is looking like a great call.

We noted how the GBP/USD pair was showing early signs of a major bullish reversal that placed a move to 1.5000 in sight.

It can be confirmed that the pattern, when observed, was a valid one as the exchange rate has since moved higher.

The chart below, shows the formation, which is an ‘inverted head and shoulders’ pattern forming at the lows.

This pattern is outlined in red and I have labelled it to avoid confusion. It is composed of a trough (the first shoulders or ‘s’) a small rally before another lower trough labelled ‘h’) and then another rally, followed by a final trough, labelled ‘s’ again, and composing the right shoulder.

The buying volume spikes circled in the lower pane provide supporting evidence for the validity of the pattern.

A break above the neckline at the February 4 highs of 1.4668 would provide confirmation of a breakout higher, with an initial target at the 61.8% extrapolation of the height of the pattern at 1.5000.

The progressively stronger MACD - a momentum indicator - situated in the higher of the two indicator panes, backs up the possibility the trend could reverse and move higher.

However, despite all these early signs, until the neckline at 1.4668 is breached the pair is still technically in a down-trend, and there is still a strong possibility that a break below the 1.4000 level will usher in a continuation of that trend down to an initial target at the 1.3836 lows.

1 - 3 Week Forecast: From Neutral to Positive

Despite moving above 1.4400 of late, the rally has proven short-lived as GBP dropped quickly from a high of 1.4457 to close near the day’s low.

Nevertheless, "the short-term upward momentum remains strong and the odds for further GBP strength in the days ahead have improved considerably," says UOB's Leang.

The key resistance is clearly at the month-to-day high of 1.4514 and this level has to break before a sustained up-move in GBP can be expected.

"Overall, this pair is expected to remain underpinned in the coming days as long as 1.4200 is not taken out," says Quek Ser Leang who says while he is neutral on the pair he sees the risks growing towards the upside in the 1 to 3 month timeframe.