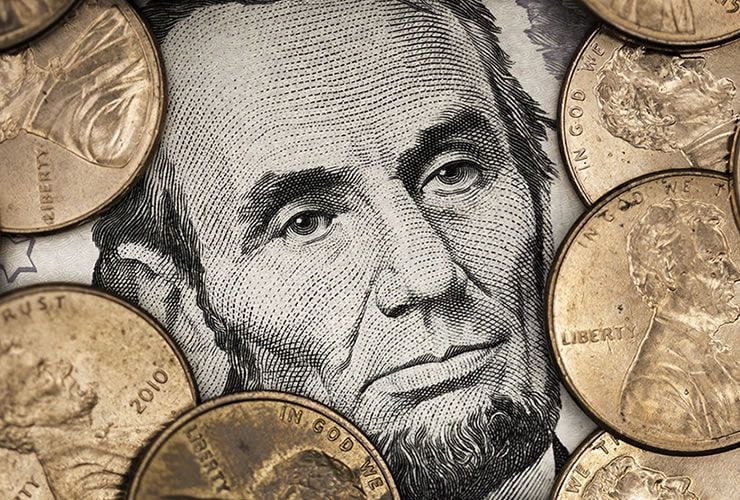 Sterling continued its recent run of gains against both the USD and the euro in breaking through $1.46 and €1.29 for the first time since early January and early February respectively before easing back.

We are therefore now looking at the best exchange rates for those using sterling to buy dollars since the middle of February 2016.

Traders have spent the past five months trading the British pound purely on the perceived risks surrounding the EU referendum.

We have witnessed a massive gap grow between where the pound should be, based on economics, and where it is actually located, based on speculative positioning.

The net result is an exchange rate that is 1.7% lower than where it started the year.

The rapid improvement on the British pound’s fortunes this April will certainly have caught some by surprise, however we have reported previously that the best minds in the forecasting industry always saw the rate around 1.40 as a lower limit.

The improvement in GBP/USD’s fortunes are ultimately an unwinding of negative bets, the move higher in the British pound is therefore ultimately technically inspired.

"With bookmakers reducing the likelihood of a ‘Brexit’ to 25%, market flow was dominated by the unwinding of downside expectations from investors," says Carl Hasty at Smart Currency Business, "ongoing concerns are likely to continue to drive markets for the next few months, so it is imperative that you take steps to mitigate risk if you have any upcoming international payments."

Some commentators have said the pound is higher "despite negative data," - this is incorrect as such comments lose sight of the fact that even with data points where they are sterling would not be this low were there no referendum in June.

The increase in value in the pound comes as the cost of hedging exposure to the EU referendum has declined in recent weeks confirming markets believe they may have over-estimated the chances of an UK exit from the Eurozone.

Where Next for the Pound-Dollar?

When trying to figure out the outlook, it is worth noting that the pound to dollar exchange rate has now put the negative downtrend that characterised the September to March period behind it having consolidated above the 1.40 area.

The base formation now appears to be fledging into a recovery with the pair having broken above the key 100 day moving average over recent days. 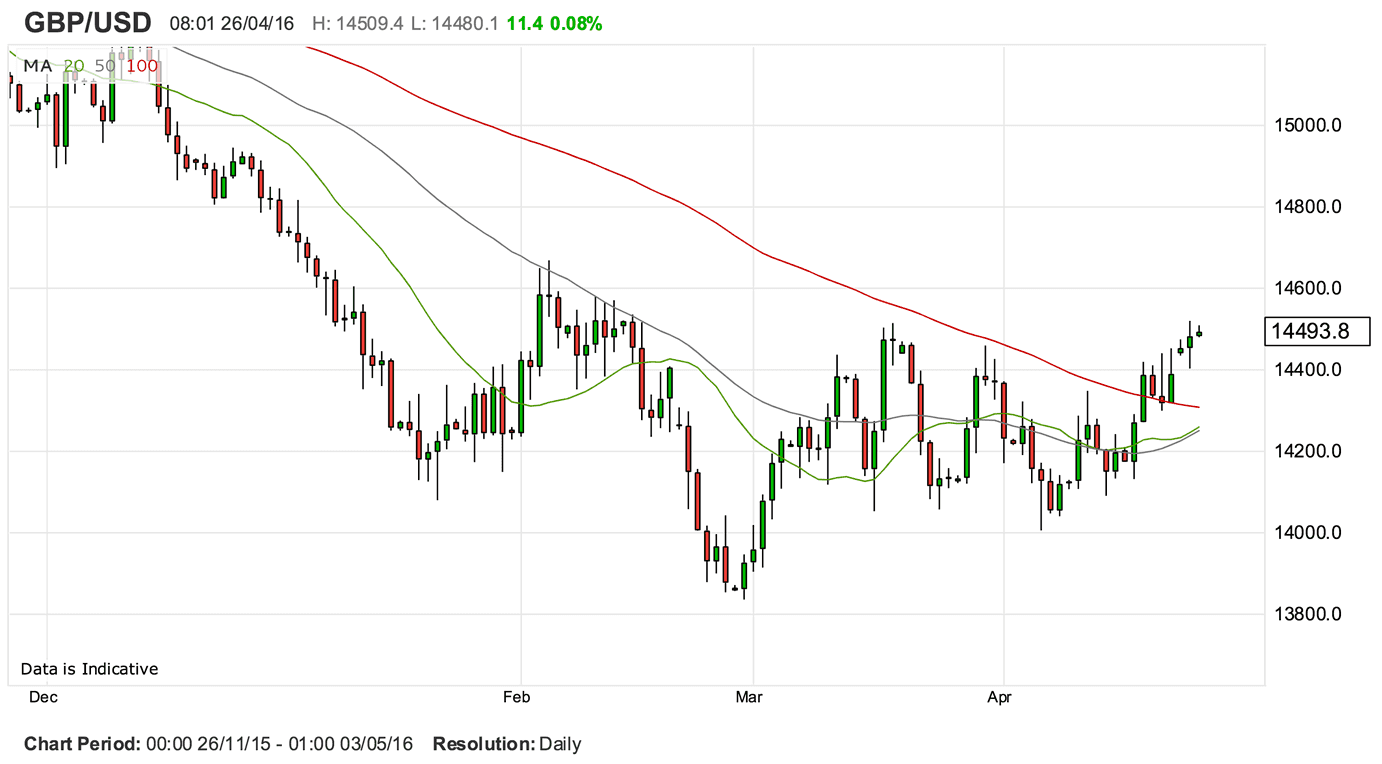 “Now that GBP/USD has broken above the 100-day SMA, the next stop should be the February high of 1.4670.  Since the only piece of market moving U.K. data this week is first quarter GDP, this move should be driven by the market's appetite for U.S. dollars and any Brexit related headlines,” says Kathy Lien, Managing Director of FX Strategy for BK Asset Management.

What the break higher has done is cement the downside protection on offer to sterling.

The former resistance provided by the 100 day moving average should now act as a decent level of support and we would expect demand for sterling to pick up on any declines back towards this level.

As trends grow more trend followers will enter the market to profit on any extensions in the move,  they thus become self-fulfilling.

That said, we have also reported recently that the downside risks towards the USD are diminishing and we could well see the tide start to turn in favour of the Greenaback over coming days and wees.

US Federal Reserve Dominates the Outlook

One likely trigger to USD strength could be the US Federal Reserve which will give its latest assessment of the US economy and future interest rate policy at their April meeting which falls on Wednesday the 27th.

“Wednesday’s FOMC will dominate in terms of this week’s event risk and the statement tone will be scrutinised for its assessment of the balance of risks to the outlook. The outlook has not been deemed ‘balanced’ since December and a shift back toward such language would likely provide for broad-based USD strength on the back of firming expectations for policy normalisation,” says Shaun Osborne, Chief FX Strategist with Scotiabank.

There is a chance that the US dollar exchange rate complex could settle ahead of the decision and outsized gains in GBP/USD are therefore not expected.

Analysts are unanimous in not expecting any policy changes to be announced, however, the guidance offered by Janet Yellen will set the tone for the USD over coming weeks.

“The big question that everyone has is whether they will bring back their balance of risks assessment. It was taken out of the January and March monetary policy statement because policymakers were split on the outlook for the economy. This month they have more to be worried about domestically but less to concern them internationally.  If the line remains absent from the statement, investors would interpret it as reluctance to raise rates in June,” says BK Asset Management’s Lien.

If it reappears and the FOMC says the risks are balanced it would signal a greater chance of a June hike.

Aside from the risk statement the central bank's comments about recent data disappointments will also be important.

“If they say the deterioration is transitory, it will help the dollar,” says Lien.