Analysts at the bank have advised they have pushed out their expectations for the first US rate rise to December and have pared back the policy rate forecast for end-2016 to 1.00% from 1.25%.

UK policy rate projections have been left unchanged, with the first hike in February 2016, well before market expectations for the second half of next year.

The risk of further policy stimulus by the ECB has however increased.

Concerning the impact of these interest rate movements on exchange rates Lloyds say: 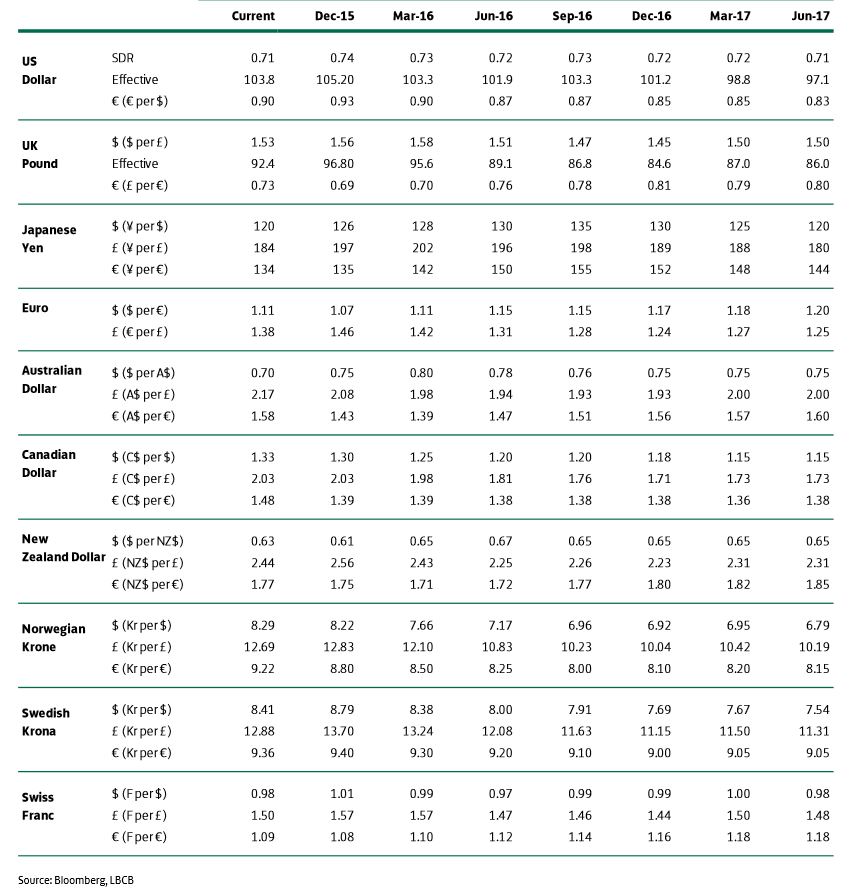