- History tells us April is typically kind to the Pound

- Credit Suisse: Sterling can now have a "clean run higher"

Deutsche Bank - one of the world's largest foreign exchange dealers - have told clients they are turning "tactically bullish" on the British Pound, expecting further strength as recent Brexit developments have reduced tail risks to the economy, and currency.

Furthermore, Deutsche Bank analyst Oliver Harvey reminds clients that April tends to be a month in which the Pound outperforms its major rivals, and April 2018 should be no different.

In a note to clients, Harvey says the we are "entering a period in which seasonal gains for GBP have been very strong as a result of dividend repatriation flows. GBP TWI has rallied each of the last fourteen years during the month of April."

The GBP TWI is the Pound Trade Weighted Index - a measure of Sterling value against a basket of the currencies of those countries with which the UK conducts the majority of its trade.

With the Eurozone being the UK's largest trading partner it should be no surprise that the Pound-to-Euro exchange rate is the biggest pair in the Pound's TWI.

"While Sterling denominated dividends are in structural decline, they might buck the trend this year as income from commodity-based FDI investments should be strong," says the analyst. 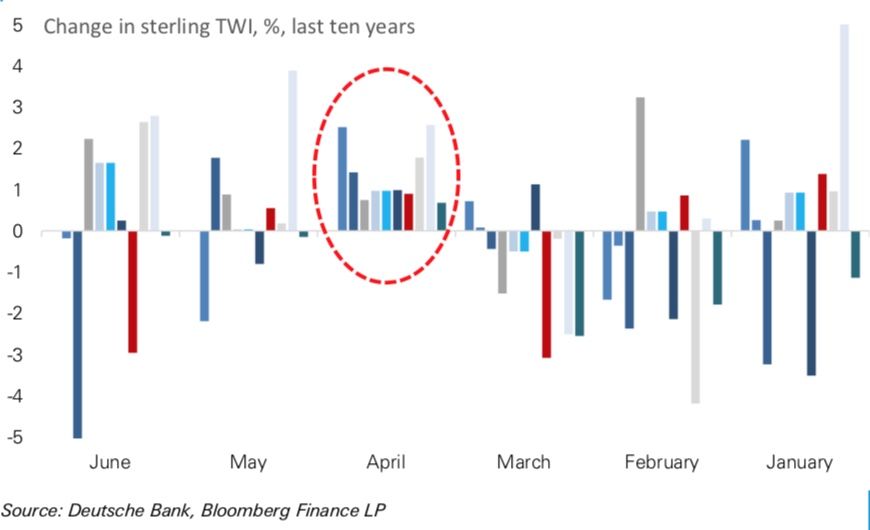 Above: April is typically a good month for the Pound.

Deutsche Bank have long been bearish on Sterling's prospects, particularly against the Euro, and in the wake of the EU referendum they were forecasting the Pound-Euro exchange rate to fall below parity.

For analysts being structurally bearish on Sterling made sense as they believed the journey to the final Brexit deal would be fraught with difficulties, "the complexity of negotiations, political risks and most importantly time constraints will make it an uphill struggle,” said Harvey back in March 2017. “For the market, the eventual destination is of less importance than the journey to get there."

But, it appears that the Brexit to journey has gone more smoothly than initially expected, particularly now that a Brexit transitional deal has been achieved on schedule and the risks of a disruptive break with Europe are greatly diminished.

Following recent progress in Brexit negotiations, Deutsche Bank now expect, "a muddle through scenario for the rest of the year, even if disagreements over the future trade relationship are likely to rumble on." 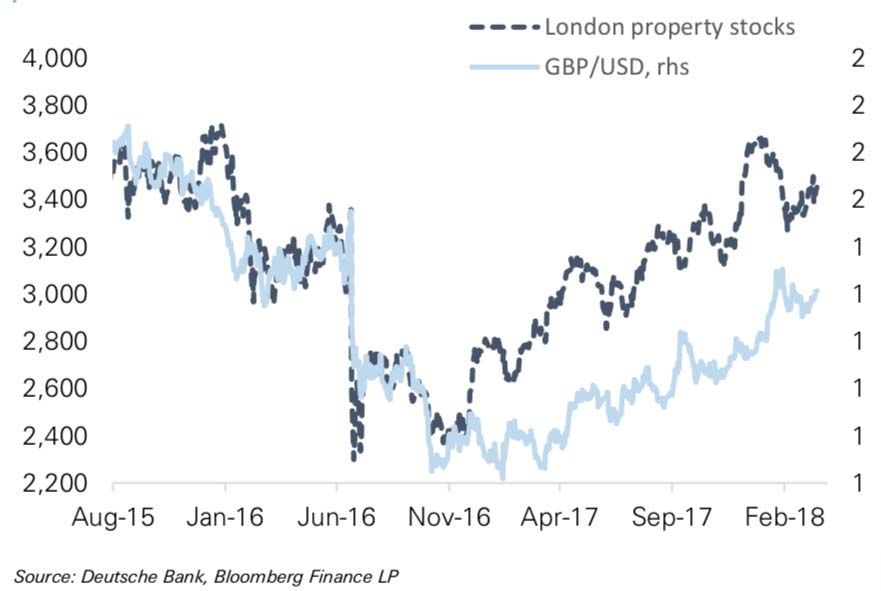 When Brexit risks are considered, the Pound looks to be bearing a greater load than other assets. This could allow Sterling some upside correction suggest Deutsche Bank.

The Bank of England is another reason for Deutsche Bank to turn "tactically bullish" on the Pound.

The Bank's March policy event saw two members of the Monetary Policy Committee vote to raise interest rates immediately, markets are in agreement that an interest rate rise will be delivered in May, an expectation that has supported Sterling over recent weeks.

Some analysts have even suggested the Bank could raise interest rates twice in 2018 and twice again in 2019 leaving a terminal bank rate at 1.5% by the end of 2019.

"While a May hike is now almost fully in the price, attention may turn to the cycle and EUR/GBP has been tracking terminal pricing well," says Harvey. 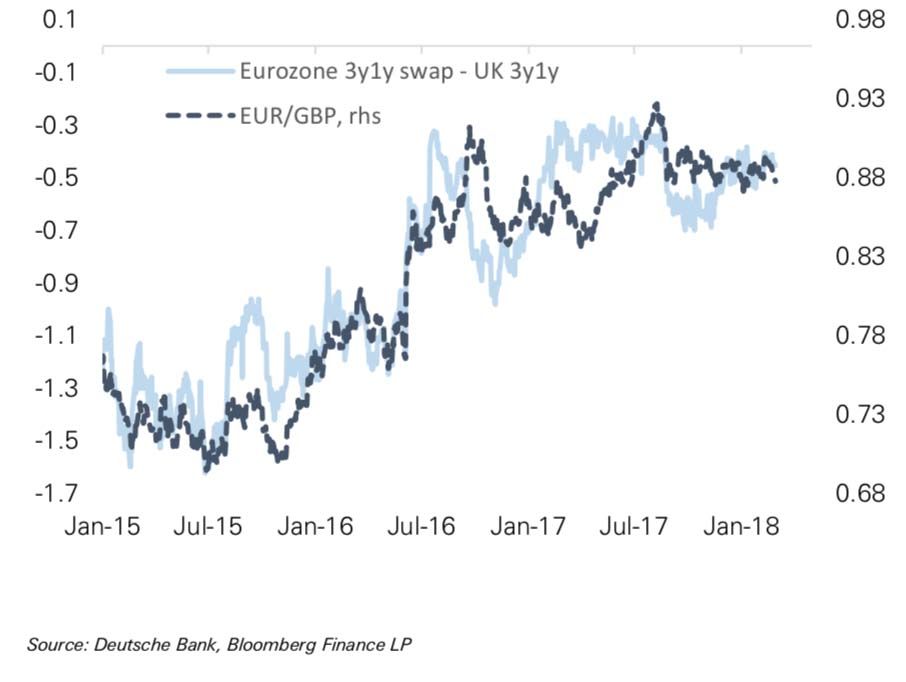 Above: Where the Bank of England leaves interest rates at the end of its rate-raising cycle is likely where the EUR/GBP exchange rate is headed. For Sterling, this means gains.

Analyst Shahab Jalinoos with Credit Suisse in Zurich is also inclined to expect further gains in the British Pound, citing the lifting of Brexit-related anxiety which is likely to bump up business investment which will in turn prompt the Bank of England to raise interest rates.

With the Credit Suisse view of 2018 growth at 1.8% comfortably ahead of market consensus and BOE estimation of potential output at 1.5%, "an acceleration of BOE hike expectations would help underpin a clean run higher in the GBP," says Jalinoos.

Deutsche Bank say they believe "the chances that the next move in Sterling will be higher" has increased and see benefit in "expressing a tactically bullish view via short EUR/GBP, where positioning is lightest and the technical case for a breakout most compelling."

But an important point to note that turning "tactically bullish" is not the same as turning "structurally bullish" i.e. they are not yet willing to raise their forecasts for the Pound vs. Euro exchange rate.

Rather, they are saying those willing to take a sneaky bet on Sterling gains are likely to find themselves in the money over the near- to medium-term.

"There is not yet enough evidence to turn structurally bullish. The UK's growth performance remains very weak in international terms and net M&A flows have been negative so far this year. This leaves current account financing up to the Bank of England, but given a soft housing market and risks to growth we are not convinced that tightening will be as aggressive as in previous high inflation regimes. Brexit risks will also continue to weigh on structural inflows, even if they become less relevant near term," says Harvey.

Deutsche Bank say they will review their nearer-term Sterling forecasts in due course.