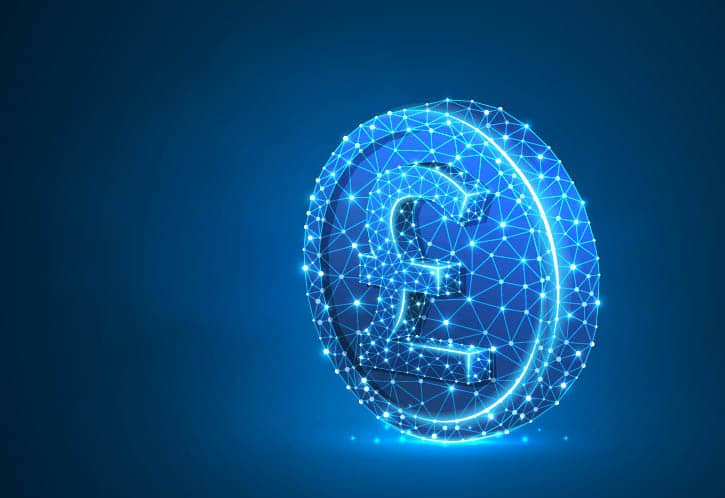 Foreign exchange analysts warn the British Pound could be over 20% overvalued at current levels, implying scope for a further decline.

The call comes following the Pound's 8.00% decline in September, with 5.0% of that move coming last Friday following the release of the government's mini-budget.

Analysts say the Pound's fall reflects concerns that the UK government will struggle to finance its borrowing needs over coming months and years amidst high inflation, elevated Bank of England exchange rates and low growth.

The credibility of the UK government has also been drawn into question as a round of unfunded tax cuts were announced without an accompanying analysis from the Office for Budget Responsibility.

The Pound to Dollar exchange rate fell to a new low of 1.0354 last week before recovering back to 1.0668 where we find it at the time of publication.

However, "it's not an exact science and that baseline now depends on confidence in the government and the extent of pressure from the dual deficits," says McCormick.

"So with this budget forecast to add 6.5% of GDP to borrowing this year and next, plus a further 7% of GDP to the next three years, that would imply a need for GBP to fall around 20% to reach its new equilibrium," says McCormick.

The scale of the government's borrowing needs has risen significantly following the announcement of an energy price cap for households and businesses, as well as the tax cuts.

Deutsche Bank says UK government borrowing for 2022/23 will jump to £185BN, or approximately 7.5% of GDP. This fiscal year, despite only six months remaining, borrowing will likely be revised up by nearly £85BN.

For 2022/23 the government will issue more debt than it has done since 1990, says Deutsche Bank: after accounting for the Bank of England's wind-down of its gilt portfolio gilt supply is likely to be in excess of £250BN.

The rise in the fiscal deficit comes alongside an historically stretched current account deficit. 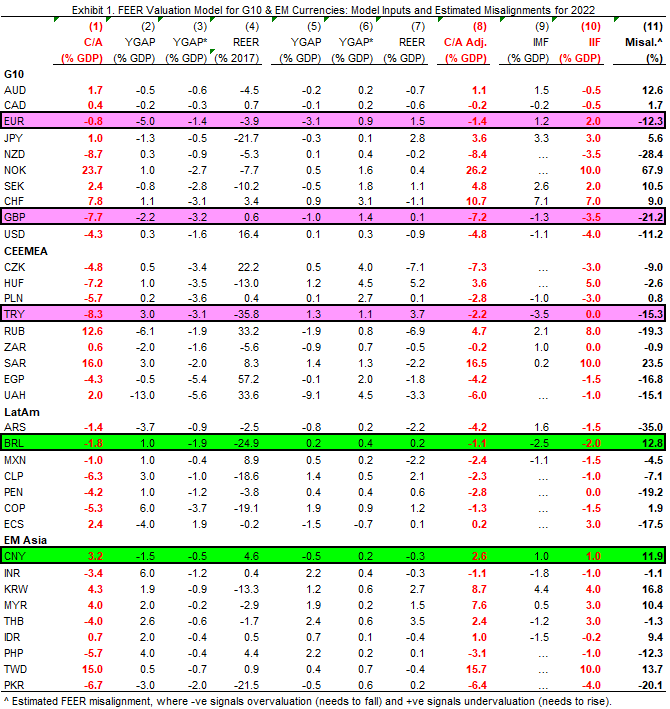 Image courtesy of Robin Brooks at the IIF.

The current account is in effect the country's bank balance relative to the rest of the world.

A deficit is typically a result of capital outflows exceeding inflows, largely linked to the UK's sizeable trade deficit thanks to a reliance on imports.

This is particularly relevant in the current energy crisis where the import costs for gas and oil are elevated.

But as Brooks notes, the Eurozone is also exposed to this crisis, hence a deterioration in the Euro's fair value.

It helps explain why the Pound is more exposed to weakness against the Dollar than the Euro.

The risk to this analysis of 'fair value' is the undervaluation gap closes as energy prices decline.

While currencies can move to close the gap on fair valuation, so too can fair value measures move to meet the currency.

Oil prices have been trending lower for some months now and gas prices for some weeks.

The current account pressures facing the UK and Eurozone will therefore be easing and therefore downside risks on the Pound and Euro could decline.