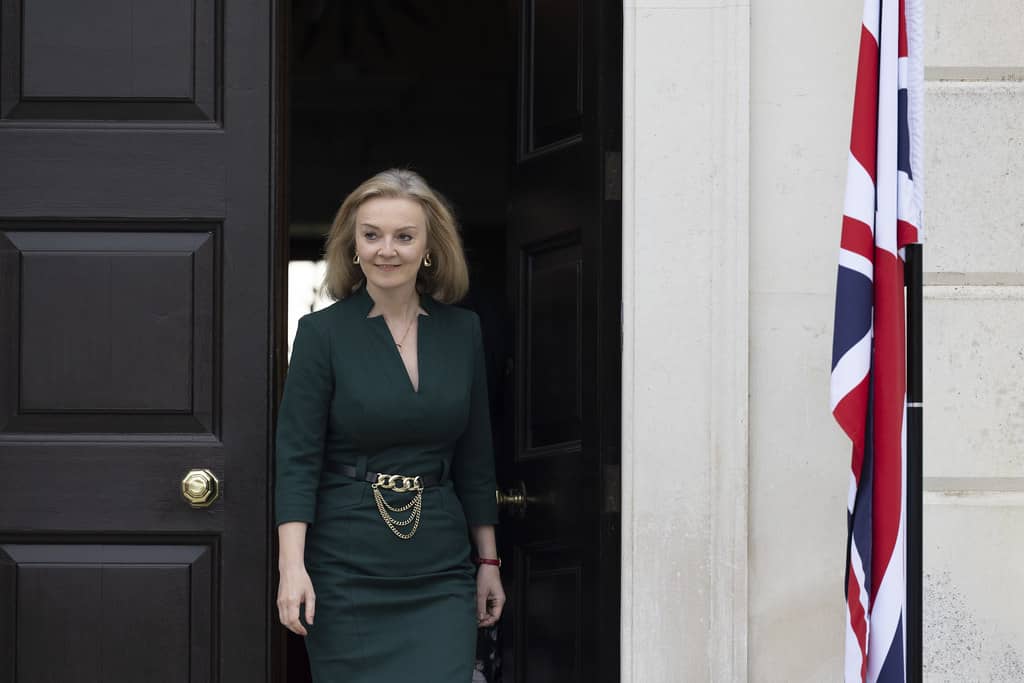 At the time of its announcement economists speculated it would cost in the hundreds of billions of pounds and would significantly drive up the country's debt burden.

But Deutsche Bank's latest analysis finds the eventual cost of the programme will come in well below previous estimates. 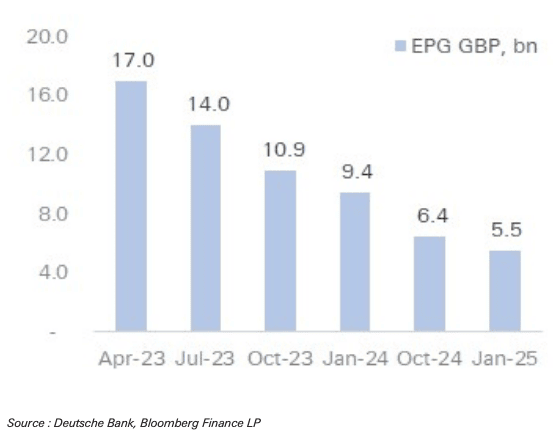 The Energy Price Guarantee will reduce the unit cost of electricity and gas so that a typical household pays, on average, around £2,500 a year on their energy bill, for the next 2 years, from 1 October 2022.

Ahead of the announcement analysts estimated the total cost could come to anything between £130BN to £170BN over two years,

When announcing the measures, the government said the package would cost £60BN in the first six months from October.

Above: Cost of UK government interventions. Image courtesy of The Telegraph.

The reduction in the government's single biggest fiscal costing is therefore significant and comes at a time when markets are questioning the UK's ability to service its growing debt load.

Driving the decline in the liability of the energy cap are falling wholesale gas prices: 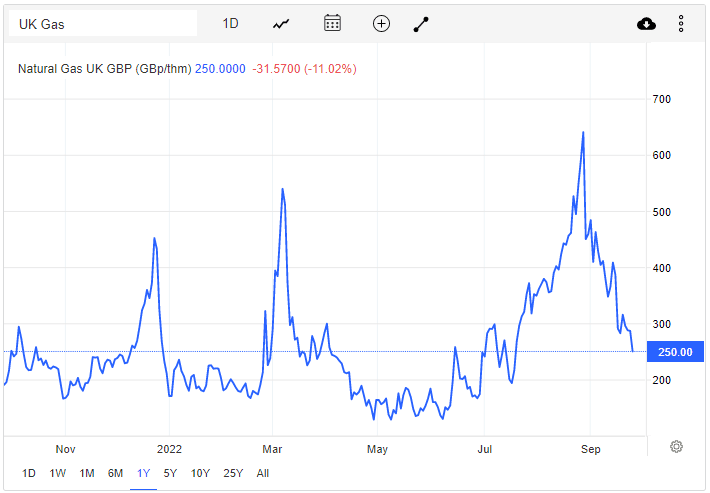 Wholesale UK gas prices fall a further 11% on September 26 to £250/therm, economist Aslak Berg says a further such fall would mean "the spot price will be at around the level where the price cap is costless".

He does however caution that hedging gas supplies complicates the picture, "but over the 2-year freeze there should still be significant savings over initial estimates".

The UK's fiscal position has come under the spotlight after yields surged and the Pound slumped after the Chancellor Kwasi Kwarteng announced on Sept. 23 a number of tax cuts to help boost domestic economic growth.

The tax cuts and the energy price guarantee are all to be paid for by new borrowing.

Fears of increased debt issuance prompted investors to sell UK government bonds, thereby pushing up the yield the offer, with short-term yields rising above those of Greece and Italy.

This rising yield is in effect a rise in the cost the government must pay to service its debt.

It is difficult to ascertain whether the savings the government could realise from falling gas prices has been fully absorbed by markets.

The cost will nevertheless be assessed by the Office for Budget Responsibility, who are now tasked by the Treasury with delivering their latest set of forecasts on November 23.

Deutsche Bank says UK government borrowing for 2022/23 will jump to £185BN, or approximately 7.5% of GDP. This fiscal year, despite only six months remaining, borrowing will likely be revised up by nearly £85BN.

For 2022/23 the government will issue more debt than it has done since 1990, says Deutsche Bank: after accounting for the Bank of England's wind-down of its gilt portfolio gilt supply is likely to be in excess of £250BN.

"Debt (as a % of GDP) is set to now peak at just around 101.5%. This would mark the highest level of debt (as a share of income) that the UK has accrued since 1962. But, historically, this still remains relatively low when compared to the pre WWII period," says Raja.

The tax cuts bearing the biggest cost will be the Chancellor's decision to freeze corporation tax, followed by the reversal of the National Insurance Contribution hike. 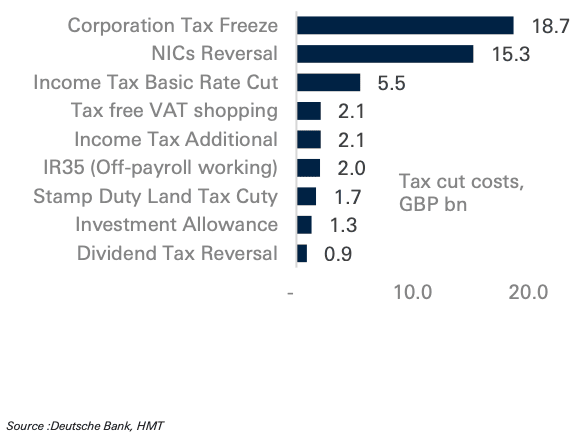 Above: The biggest tax cuts were flagged well before the mini Budget: the CT hike cancellation and the NICs reversal.