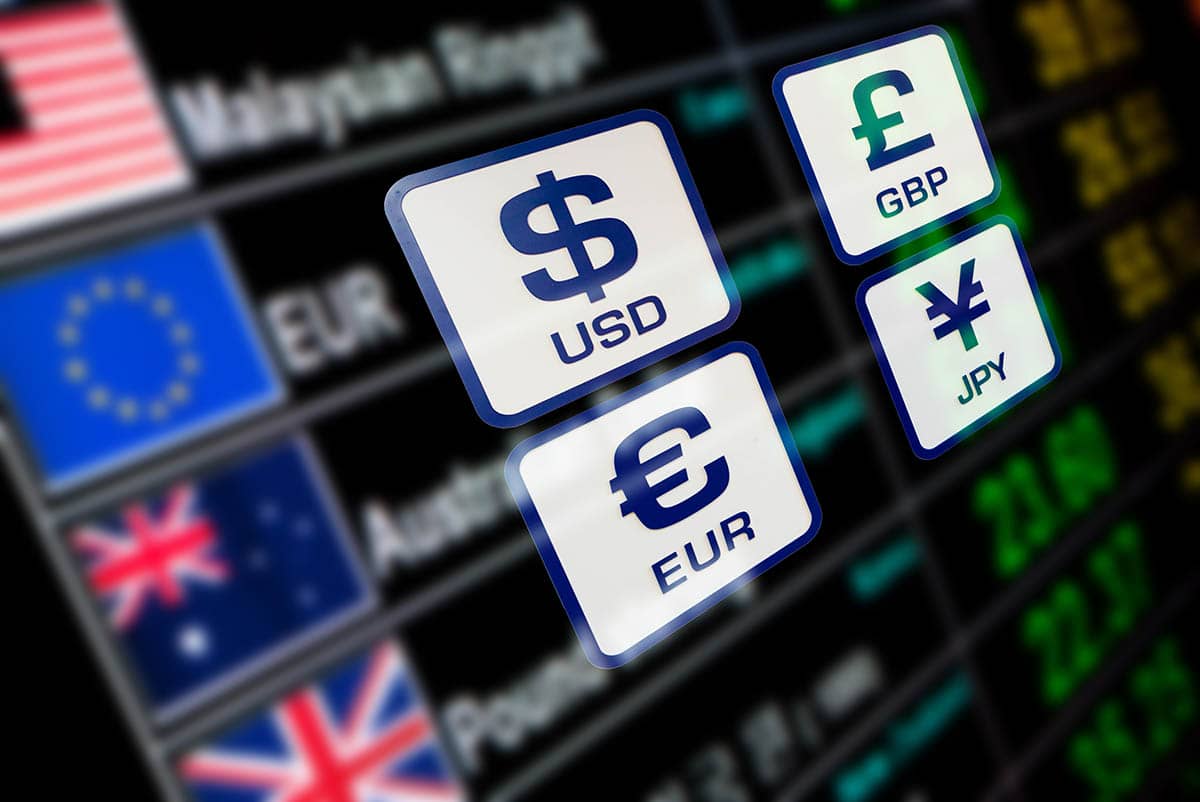 The Bank of England must raise interest rates by at least 75 basis points and send the message it is singularly committed to getting on top of inflation if the British Pound is to recover, says Barclays and Goldman Sachs.

The calls come as the Pound steadies itself against the Dollar, having reached multi-year lows just last week. Against the Euro, however, the UK currency is recording fresh losses as investors see the European gas crisis continues to ease.

Global factors will therefore continue to be important for the Pound, but it is the Sept. 22 Monetary Policy Committee (MPC) meeting that forms the near-term domestic highlight for the Pound.

The meeting was due this Thursday but was pushed back by one week in response to the death of The Queen.

The Sterling OIS market shows investors see a 75% chance of a 75bp rate hike, confirming expectations for a sizeable move is elevated.

But currency strategists at Goldman Sachs say the Bank of England will disappoint, and this could be negative for the Pound.

In a weekly foreign exchange strategy update Goldman Sachs says "the MPC is not yet ready to deliver a 75bp hike at the upcoming meeting, and that is an important near-term risk to the Pound".

They say the MPC will likely stick to another 50bp hike as they consider the impact of the recently announced cap to energy prices by the UK government, which is expected to slash the peak in UK inflation.

In short, the MPC will be betting the government is now doing some of the heavy lifting required to get inflation down, offering them the chance to revert to their trade-mark reluctance when it comes to raising interest rates.

"The highs in CPI inflation could be as much as 3% to 5% lower than the numbers that economists had been forecasting for the UK. This could take some of the heat out of wage demands and help the Bank reinforce its message that inflation will return to the 2% area in the medium-term without hiking rates as much as it may have done otherwise," says Jane Foley, Senior FX Strategist at Rabobank.

Such a response could be bearish for Sterling as the Bank of England has been accused by a number of economists of being too slow in tackling inflation, reluctantly raising interest rates and perennially disappointing against market expectations.

This disappointment is reflected to some extent in the Pound's ongoing decline against the majority of the world's major currencies (GBP is the third worst performer of 2022 after JPY and SEK).

Foreign exchange analysts at Barclays meanwhile warn the Bank of England must establish its credentials in anchoring inflation if Sterling is to be protected from further losses.

"The extent to which GBP will depreciate versus the EUR will clearly depend on the preferences of the central banks," says Themistoklis Fiotakis, an analyst at Barclays.

Money market pricing shows investors to have ramped up the scale and pace they expect the Bank of England to deliver higher interest rates, a sign of "the market’s belief that the BoE will establish its price anchoring credentials," says Fiotakis.

Therefore if the Pound is to appreciate, or to hold its value, in the wake of next week's Bank of England decision, the Bank must meet the market's expectations by going for a 75 basis point hike. 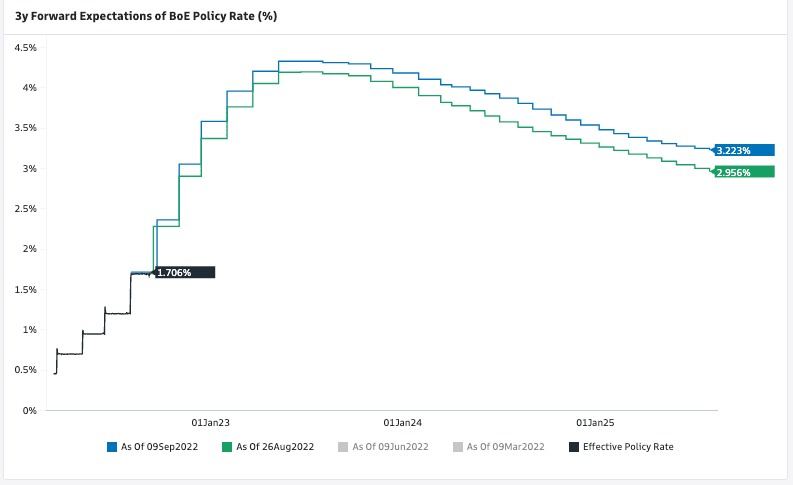 Above: The market's expectations for where Bank Rate at the Bank of England is headed. Image courtesy of Goldman Sachs.

Barclays and Goldman Sachs meanwhile say concerns that the UK's public debt will become unsustainable is the stuff of "fairytales".

In a note out Monday, Sept. 12, Barclays says fears about both the UK's increased debt load and a Terms of Trade crisis are unwarranted and should not form the basis for bearishness towards the Pound.

"Scaremongering of a coming UK balance of payment crisis misses the true macro story, in our view. The ToT shock is global in nature and how it is distributed is a policy choice with reasonably limited GBP idiosyncrasies," says Fiotakis.

The recently announced energy price is expected to cost in excess of £100BN, leading to fears the UK could be heading for a debt crisis.

But Barclays says borrowing should cushion the economy from a painful shock.

"The fiscal authority has two options: offload the entire shock to the private sector or smooth the shock via public sector subsidies – which should alleviate costs today but also raise future liabilities for the private sector. As long as the government credibly commits to a future fiscal adjustment, it is entirely within their macroeconomic prerogative to credibly smooth the shock to their households, companies and the economy more broadly," says Fiotakis.

"There are no awards for macroeconomic flagellation," he adds.

Goldman Sachs says the government's desire to borrow to pay for the energy price cap has prompted fresh questions regarding the UK’s fiscal position and whether we are heading for an 'Emerging Market-style' Balance of Payments crisis.

"To be clear, the UK economy is suffering from a significant fundamental shock, with higher energy prices clearly weighing on the external balance. No government policy can fully offset these fundamentals, but we do not see the makings of a fiscal crisis, either," says Kamakshya Trivedi, Co-head of FX Strategy at Goldman Sachs. 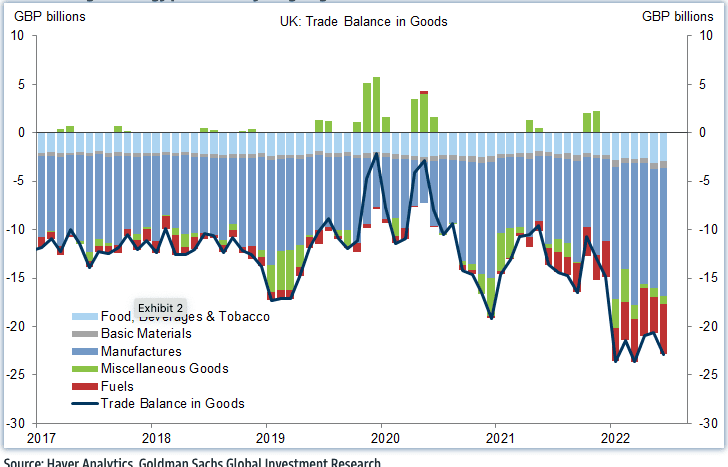 Barclays says there is no big UK story with regards to debt and that the UK's poor terms of trade position is a global shock. "Thus, EUR and GBP should trade fairly in line. Europe and the UK are being proportionately hit by the same external shock – a massive energy price spike that substantially deteriorates their terms of trade".

Barclays retain a view that the Euro and Pound are unlikely to travel far from current levels, "we have long forecasted EURGBP to hover around 0.87. We would not fade GBP levels against the EUR at current levels, but we would not pursue short positions either," says Fiotakis.