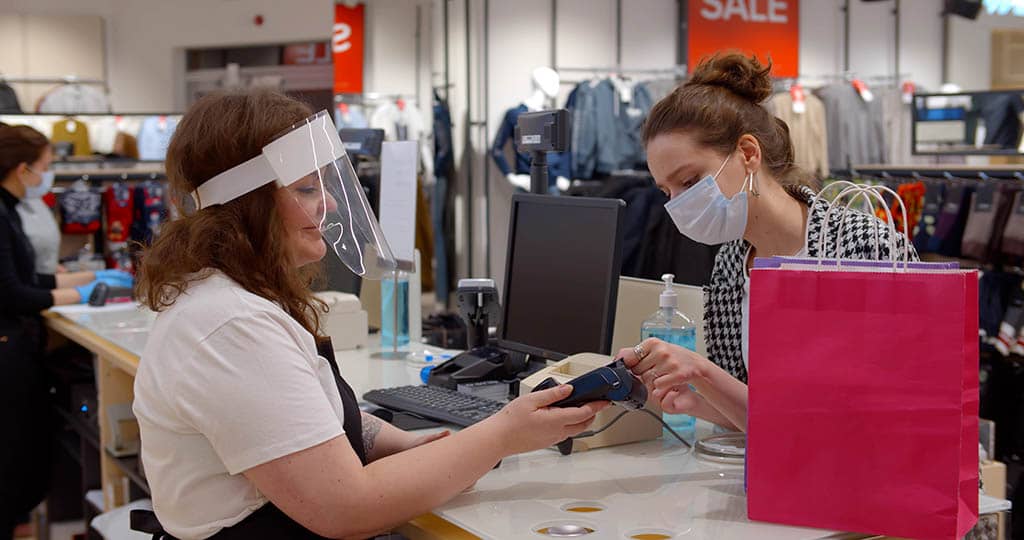 The British Pound approaches the weekend having reversed the impressive gains it recorded at the start of the week, but the release of two important sets of economic data on Friday underpin the improved economic backdrop behind the currency.

PMI data for April continued a theme of rapid UK economic recovery, with the headline Composite PMI reading at 60, which is ahead of analyst estimates for a reading of 58.6.

Much of this PMI survey will have been conducted since the April 12 economic reopening and therefore captures the pace of recovery.

This was largely due to a boost from easing government stringency measures regarding some consumer services and non-essential retail in England and Wales from mid-April, with Scotland and Northern Ireland set to follow similar reopening paths by the end of this month.

Despite the strong figures, the Pound continues to lose ground against the Euro at the time of this article's update.

"Our fears that strong UK data is wasted during a period of market uncertainty are totally founded and therefore, Sterling gains from signs that the UK economy is outpacing its European counterparts may not be as easy to come by," says Jeremy Thomson-Cook, Head of FX Strategy at Equals Money.

Viraj Patel, Global Macro Strategist at Vanda Research says the lack of reaction in Sterling "to what has been very good data in the UK" suggests to him "that the UK reopening story is priced in now."

He says it also suggests Sterling's rally year-to-date had more to do with other local factors, including the Bank of England's decision to walk away from introducing negative interest rates and relief following the Brexit deal.

Retail sales for March, out earlier in the day, whacked consensus expectations by reading at 5.4% on a month-on-month basis, which is significantly higher than the 1.5% the market was looking for.

The annual increase stood at 7.2%, which is notably stronger than the 3.5% expected and makes for a sharp recovery on February's -3.7% reading.

The ONS says March marked a return to sales levels higher than those witnessed in February 2020, before the pandemic began, despite continued restrictions to non-essential retail.

The data underpins a narrative that the UK economy is likely to rebound strongly in the second quarter of the year as lockdowns are eased, which should lead to support for the Pound. 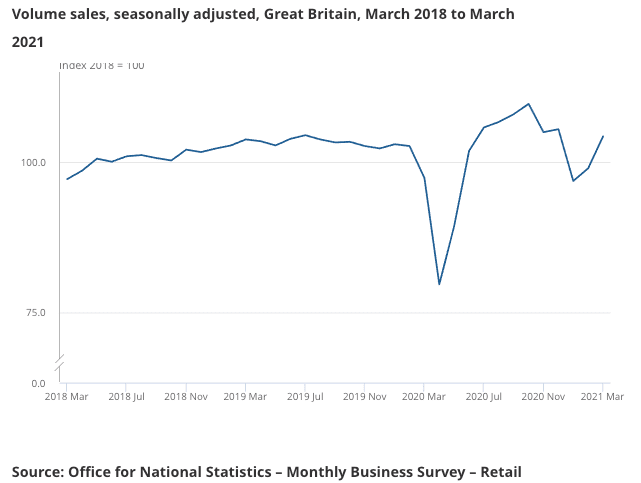 However, the foreign exchange market appears to be looking through market data and the recent weakness in the UK currency has baffled many of the analysts we follow.

Indeed, what is noticeable is the sheer lack of mention of GBP at all in this morning's inbox from the big name analysts.

It would appear many would rather gloss over the Pound's behaviour than be caught wrong-footed in trying to explain the recent moves.

"The sudden and sharp sell-off in GBP came as a surprise, we were expecting GBP to trade sideways" says Quek Ser Leang, Market Strategist at UOB in Singapore.

"Downward momentum is relatively robust and GBP could decline further but oversold conditions could limit any weakness," he adds.

The Pound started the new week in bullish fashion, leading to expectations that the period of April decline was coming to an end and that the 2021 trend of appreciation might resume.

However FX market price action from Tuesday onwards has been largely one of Sterling sales, with a strong impulse of selling pressure on Thursday seeing Sterling record losses against all the major currencies.

The Pound-to-Dollar exchange rate (GBP/USD) has however maintained a gain and is a quarter of a percent up on the week at 1.3864, although it was as high as 1.40 on Monday.

"The break of the strong support indicates that the GBP strength that started one week ago has topped out at 1.4009. The current movement is viewed as the early stages of a consolidation phase and GBP is expected to trade between 1.3750 and 1.3950 for now," says Ser Leang. 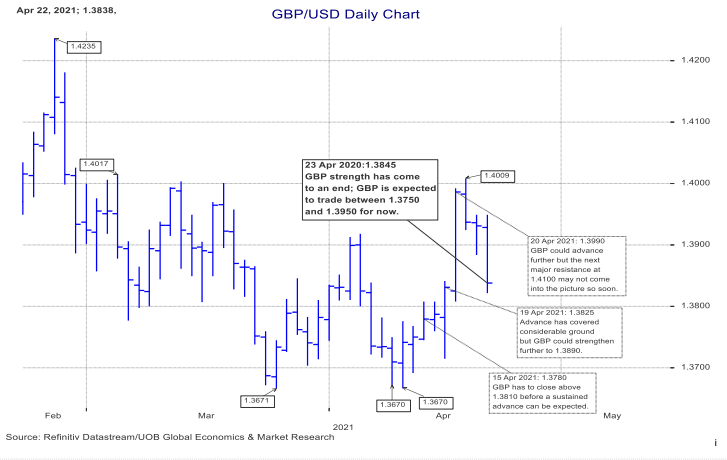 Friday's economic data docket follows a series of releases out over recent days that all point to an acceleration in UK economic activity this month.

The CBI reported optimism amongst UK manufacturers experienced its strongest bounce since 1973 while CHAPS payment card data showed a sharp recovery in spending is underway now that the economy has been opened further.

Despite the strong economic data out this week it looks as though the market has its eyes elsewhere when pricing Sterling.