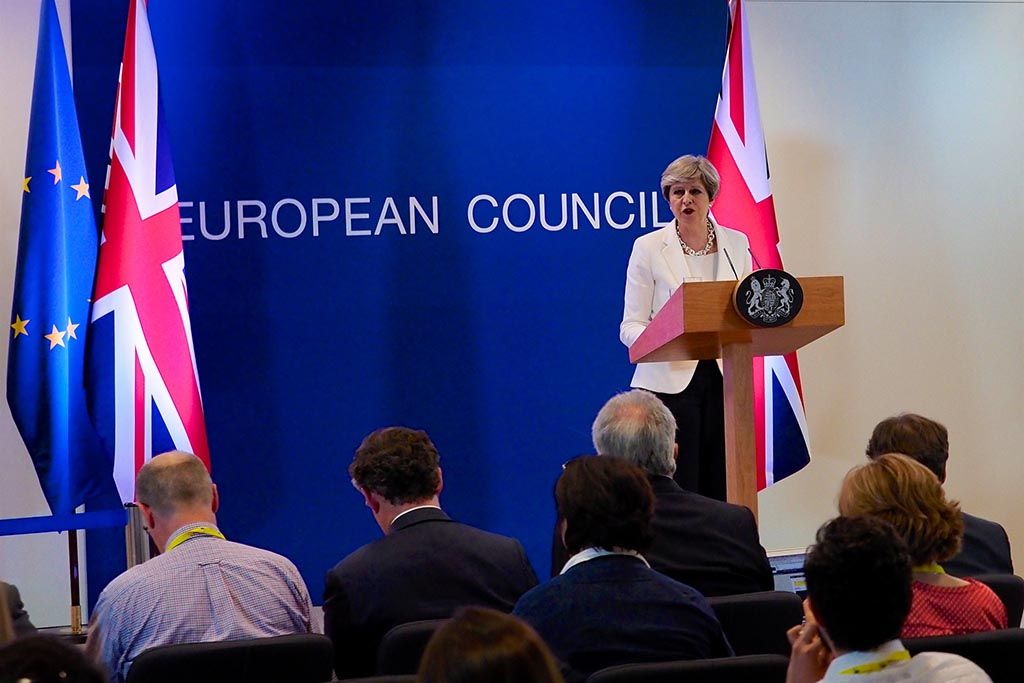 - May announces she is taking control of Brexit negotiations

- Raab in Brussels again on Thursday

The British Pound is seen recovering further into the mid-week session thanks to fading Brexit-related headlines and the impending UK parliamentary summer recess might allow sterling some further breathing room.

Headlines have proven supportive too with UK Prime Minister Theresa May announcing she will be taking direct control over Brexit negotiations going forward, with Secretary of State for Exiting the European Union Dominic Raab taking charge of domestic preparations for Brexit.

"GBP is better bid on report May will take over Brexit talks. Brexit ministers to focus on preparations including no deal. New highs on day," says Marc Chandler, Wall Street veteran and author of Breaking Down and Making Sense of Global Capital Markets.

May taking control of the talks is being interpreted as being good for the Pound on two counts: 1) This confirms the UK is putting in a concerted effort to strike a deal, diminishing the risk of a 'no deal' and 2) May has shown she wants a pragmatic business-friendly outcome, something markets like.

The move, "further adds to optimism that the recent shift in the UK government’s Brexit strategy will help to unblock Brexit negotiations, which had stalled in recent months on the back of Irish border concerns. In the past when PM May has become more involved, it has helped talks to progress," says Lee Hardman, currency analyst at MUFG in London.

We are left with the sense that the last pulse of Sterling selling might have ended. Yet, nerves remain elevated and risks are still biased to the downside we are told.

While there is a likely reduction in Brexit headlines it must be noted that chief Brexit negotiators Dominic Raab and Michel Barnier meet again on Thursday as the pair continue to make haste towards securing a solution on the Irish border.

"For now, Sterling is underpinned, though little more. Even with a relatively politics-free week ahead, Brexit Secretary Dominic Raab will meet EU Chief Negotiator Barnier on Thursday. The former has already proven willing to be far more transactional in stance to Brussels than his predecessor. This is anathema for nervy sterling markets," says Ken Odeluga, a financial markets analyst with City Index in London.

Raab has been invited back to Brussels by Barnier to thrash out a solution to the Irish border; this would be most welcome for Sterling markets as it remains a key sticking point and source of angst for the currency.

???? The agenda for this week’s round of #Brexit negotiations @EU_Commission is available online: 1) Withdrawal Agreement, 2) Ireland/Northern Ireland, 3) future relationship - @MichelBarnier will meet @DominicRaab in Brussels on Thurs: https://t.co/iaAiO8D6po pic.twitter.com/dNmYjNmUMq

Last week Barnier "made clear" to Dominic Raab that Europe are "not asking for a border between Northern Ireland and the rest of the UK. What we need is checks on goods because the UK wants to leave the Single Market, the Customs Union and our common commercial policy."

This was certainly a subtle shift in tone, something markets picked up on and rewarded Sterling with some gains.

"We are open to any solutions as long as they are workable and can be transformed into a legally operative text in time for the Withdrawal Agreement," added Barnier.

This suggests to us that the EU acknowledges there is a solution that can be reached that satisfies both sides; this is the compromise markets are yearning for.

"Comments from EU negotiator Michel Barnier on Friday appear quite constructive on UK PM May’s Chequers Brexit proposal when he says he sees a Brexit deal in October/ November and the EU may be able to improve or amend its version of the Irish border backstop or consider alternatives," reads an analysis of the matter from Citi.

There is still however certainly a sense that the stakes are being raised as the prospect of a 'no deal' Brexit is raised as a possible outcome by both sides of the negotiating table.

A 'no deal' Brexit is widely seen as being the worst possible outcome for the British Pound by foreign exchange analysts who point to the substantial uncertainties and trade disadvantages this poses to the UK, in the short-term at least.

The EU has warned member states to increase their readiness for a 'no deal' outcome, while  new UK Brexit secretary Raab has said the UK could refuse to pay its Brexit bill if no deal is secured.

On such an outcome Sterling is expected to go notably lower; for now though most analysts do not hold this to be a likely outcome.

"The UK and EU appear to be fast descending into a game of chicken over Brexit. PM May has little room to shift more towards the EU's position, but the European Commission remains adamant about not permitting the UK to “cherry-pick”. This game of chicken should raise market nervousness about the Pound," says Alvin Tan at Société Générale.

Tan however suggests implied volatility in Sterling crosses are not particularly elevated - i.e. markets are not buying hedges to guard against sharp rises or sharp falls in the near-future.

Yet, Richard Pace at Thomson Reuters does note "the uncertainty surrounding Brexit has been fuelling demand for cable options in recent sessions, with a notable increase in premiums for GBP put (downside) protection."

"FX options investors are now pricing-in greater downside risks for GBP after several cabinet members resigned over Brexit negotiations. Given political Brexit turmoil, GBP skew has moved for puts. EUR/GBP skew is rising and leading spot on the way up. This is a GBP bearish signal, in our view," adds Vadim Iaralov, a quantitative strategist at Bank of America Merrill Lynch.

This tells us that while markets are not yet panicking, there is certainly a move by the more cautious element of the field to start buying protection against a 'no deal' Brexit.

And with Sterling balancing on a number of technical support levels any further deterioration in sentiment could well lead to a swift move back to 2018 lows in GBP/EUR at 1.1152. However, analysts at ING Bank have suggested the bottom for the exchange rate in the third-quarter 2018 actually lies at 1.0860.

The GBP/USD is meanwhile eyeing a break of the psychologically important level of 1.30, a break of this could invite a move to a trough of 1.27-1.28 suggest ING who have downgraded their forecasts for Sterling for the third quarter of 2018 in expectation for further political challenges to beset the Pound.

This could therefore well be the calm in the eye of the storm.

Sell into any Strength

Remember too that the Bank of England meets in August to decide on whether or not to raise interest rates.

Markets are currently expecting an interest rate rise from 0.5% to 0.75% and currencies typically rise into such an outcome.

"The experience from the initial rate hikes by other central banks as well as the experience from the first BOE rate hike in November last year suggest the GBP should appreciate this week and next," says Richard Falkenhäll Senior FX Strategist at SEB. "Although Brexit scare should continue to weigh on the GBP previous rate hikes by central banks suggest there should be some room for, at least, a temporary recovery of the GBP in coming days."

However, Falkenhäll cautions that given "the mess in British government" and the weak support of PM May’s Brexit plan "a positive pre-BOE reaction in the GBP until next week’s rate decision should be seen as an opportunity to sell the currency." 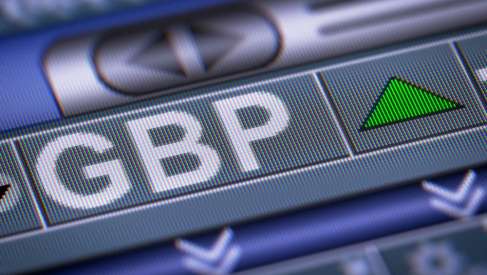 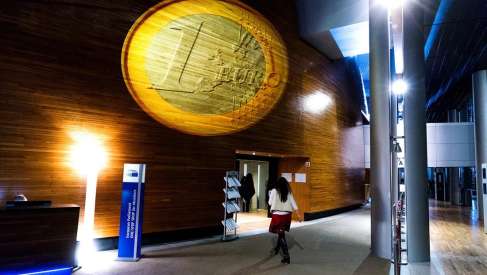