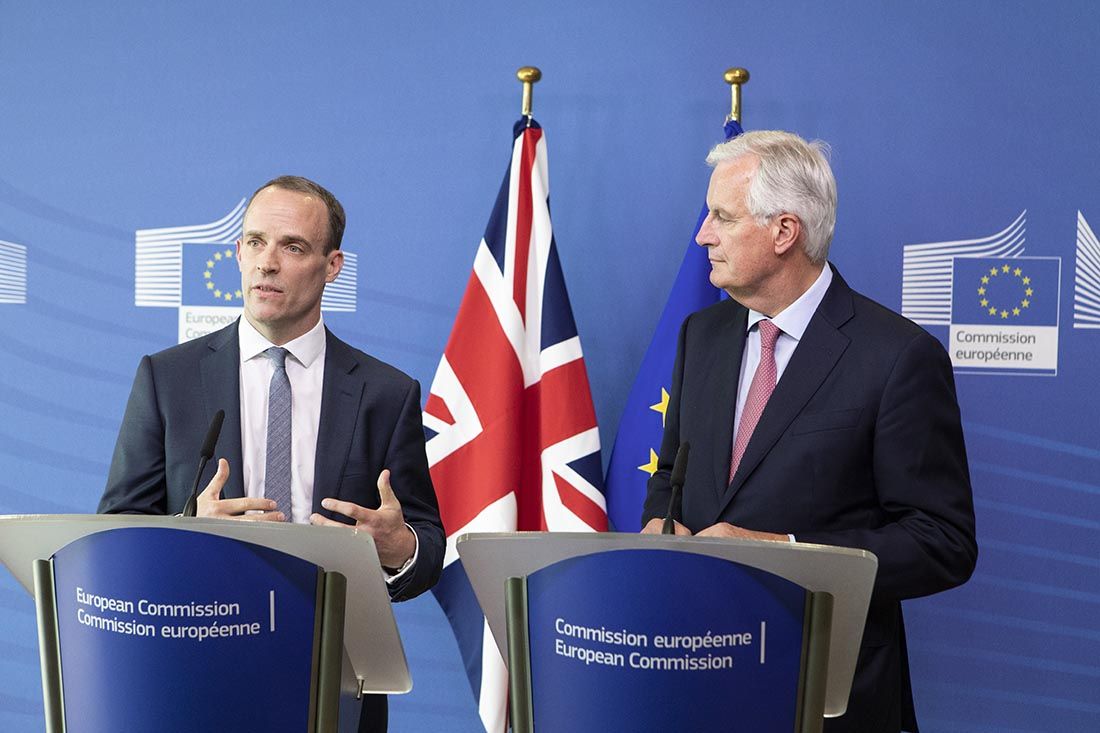 The British Pound was seen coming off recent multi-month lows against the Euro and surging back above 1.31 against the Dollar following the closing of Brexit-related talks in Brussels.

Granted, the 0.60% advance in GBP/USD flatters the picture somewhat as the move is largely a function of Dollar weakness in the wake of some pretty punchy comments on the Dollar's ongoing ascent from President Donald Trump.

Neverthless, the Pound-to-Euro exchange rate will be considered as offering the clearer picture when it comes to Sterling's value regarding the status of Brexit talks, and gains in this pair do confirm there is some genuine Sterling-positivity in the air.

The EU's chief Brexit negotiator Michel Barnier has addressed the media following today's General Affairs Council meeting and while there was no overt optimism coming from Barnier for Sterling bulls to latch onto, there were no discernible deterioration in tone either.

In light of the overtly negative sentiment weighing on Sterling at the present time, simply the absence of negative headlines is proving enough to offer the currency some relief.

Barnier told the media that his focus must be the finalisation of the Withdrawal Agreement, and the question of the Irish border came up.

Here, the message was familiar: The EU won't allow for a hard border that compromises the Northern Ireland peace agreement, while insisting the UK agrees to a backstop the lobs Northern Ireland into the single-market in the event of no trade agreement being reached.

"And I made clear to Dominic Raab yesterday that we are not asking for a border between Northern Ireland and the rest of the UK. What we need is checks on goods because the UK wants to leave the Single Market, the Customs Union and our common commercial policy."

This suggests to me that the EU acknowledges there is a solution that can be reached that satisfies both sides.

Indeed, "we cannot afford to lose time on this issue. And this is why we have invited the UK to work on the backstop next week," adds Barnier.

Perhaps markets are more optimistic that an agreement will be reached in light of this urgency.

"We are open to any solutions as long as they are workable and can be transformed into a legally operative text in time for the Withdrawal Agreement," says Barnier.

However, Barnier maintains that it is also the European Union's responsibility to be prepared for all scenarios, including a "no deal".

"We have to step up preparation at all levels, for all scenarios," says Barnier, "and the Communication adopted by the Commission yesterday should be read in this context."

The EU are encouraging national administrations and companies to use the time we have, which is very short, to accelerate this preparation.