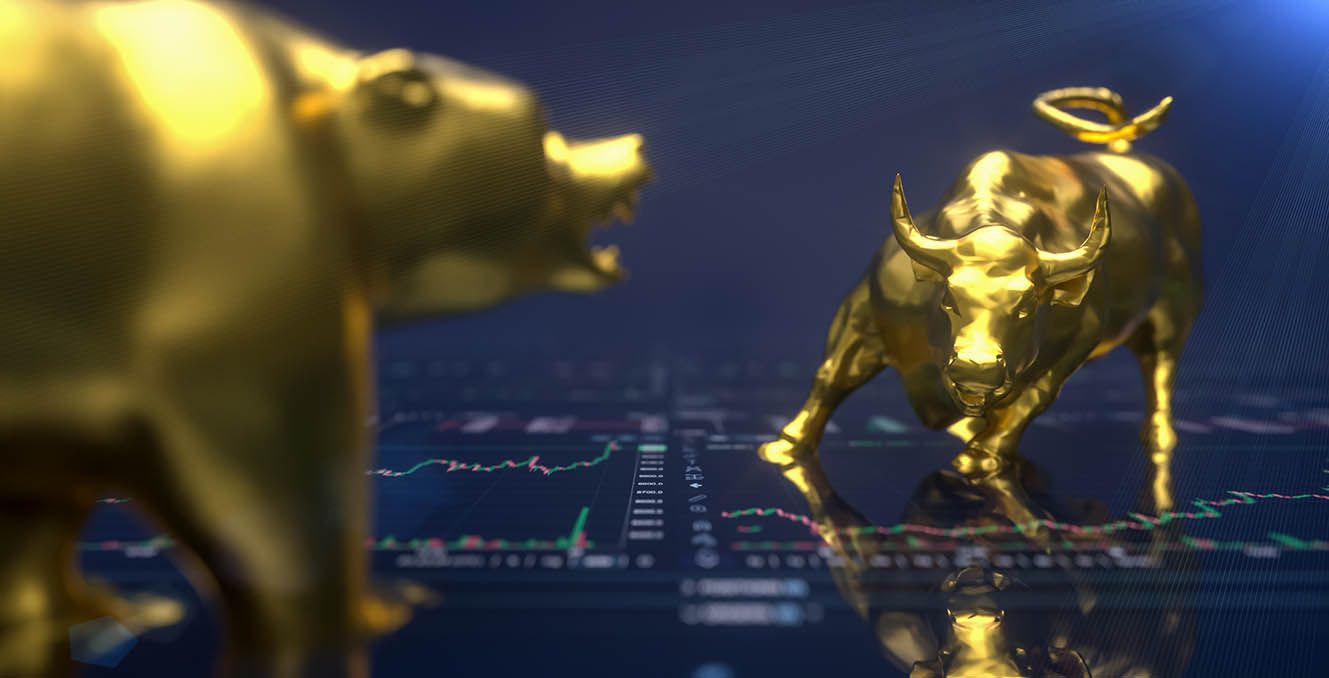 The consolidation around this level follows a 2.0% decline for the month of April; the bears might well say this is an unwind from short-term oversold conditions before an extension south resumes.

But the bulls might look at the Pound's dominance in the first half of 2021 and argue the April decline is in fact a consolidation from medium-term overbought conditions heading into April.

Taking a deeper dive into what the market is doing, and importantly, where it might head next, is Karen Jones, Head of Technical Research at Commerzbank.

In a daily briefing note out ahead of the weekend she says the Pound-Euro exchange rate is "side lined" but has yet to tackle "a tougher" layer of support located at ~1.1452/1.1465.

Should a successful defence of this support level by Sterling buyers occur, then Jones says attention turns to the next level of resistance noted at ~1.1719. 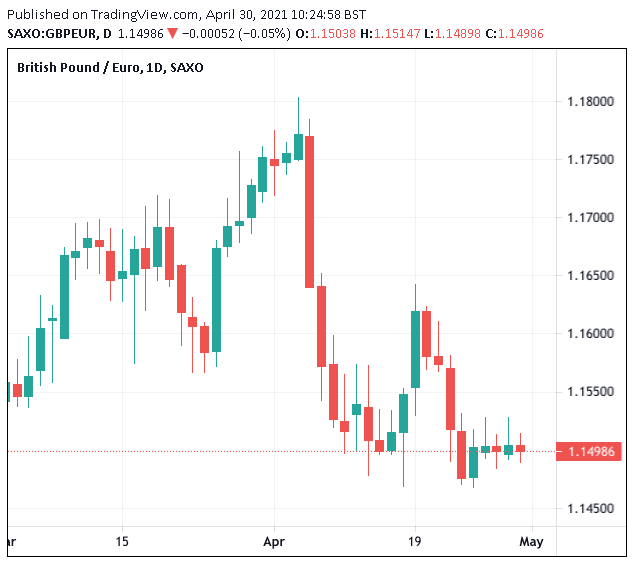 Above: Consolidation in GBP/EUR seen during the latter part of April.

Resistance and support levels are where the market tends to congregate around orders, as participants expect price action to either reverse at these points when support holds.

Alternatively, a break of resistance can see an accelerated move higher.

The Commerzbank team say they "slightly favour" successful breaks in resistance and are holding "tiny" longs on Sterling.

From a fundamental perspective, while the Pound might be flat as April ends, expect action to pick up notably next week.

The Bank of England will deliver a key policy decision on Thursday May 06, while the Scottish elections take place on the same day.

Numerous analysts we follow say the election could well result in a SNP majority, which will bolster calls for a new referendum on independence.

Both events have the ability to move the Pound and it we believe risks are two-way in nature.

If the current levels in Sterling meet your requirements, it might be best to action a transaction sooner rather than later as next week could see some value taken away.

Meanwhile analysis out from Crédit Agricole - the French lender - says the outlook for the Euro exchange rate complex should turn more positive over the next six to
twelve months.

"Next to a more vigorous Eurozone recovery, we think that buoyant global trade will boost demand for the EUR from Eurozone corporates and global central banks that are trying to diversify their growing FX reserves," says Valentin Marinov, Head of G10 FX Strategy at Crédit Agricole.

These cyclical flows are expected by Marinov to complement the ongoing foreign buying of Eurozone stocks and, before too long, foreign purchases of EU recovery fund bonds.

But Crédit Agricole only expect the Eurozone economic recovery to really kick-in in earnest in the second half of the year, with inflation outlook likely to remain very subdued over the long term.