- EUR/CHF dips as CHF rises in a month of repositioning
- But renewed optimism on Eurozone outlook offers hope
- Forecasters eye 1.1150 before 1.15 as charts tip recovery 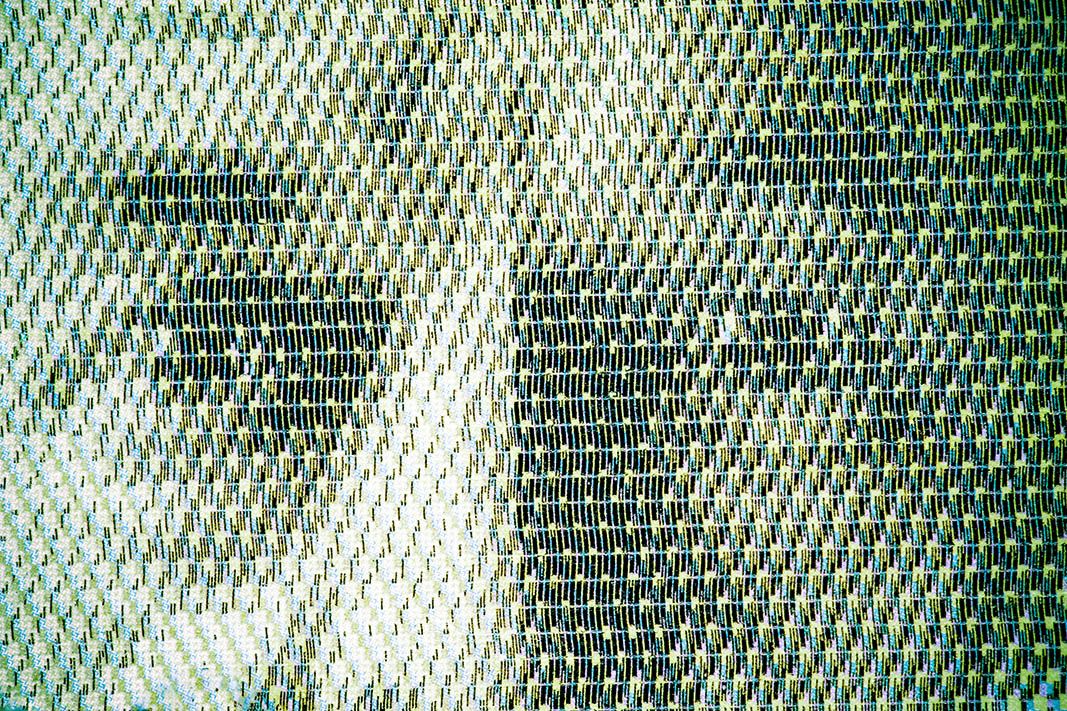 Both technical and fundamental analysts have tipped clients off this week that the Swiss Franc could be on the cusp of a sustained depreciation against a recovering Euro.

The calls come at the end of a month that has seen the Franc strengthen against the U.S. Dollar, Pound Sterling and the majority of its G10 counterparts, in a move that has the hallmarks of profit-taking by investors,

With the Franc being one of the major currency club’s worst performers of 2021 heading into April, the Swiss unit has recovered against many major currencies as investors have exited what had become an increasingly crowded trade during the first quarter.

This repositioning has pulled the Euro-Swiss exchange rate further back from 1.1150 and what was its highest level since June 2019, seen in early March, although strategists at ING said on Tuesday that this threshold could be back in contention as soon as this week.

“Developments on the European political scene suggest EUR/CHF could be preparing for another substantial leg higher,” writes ING’s Francesco Pesole in a research note. 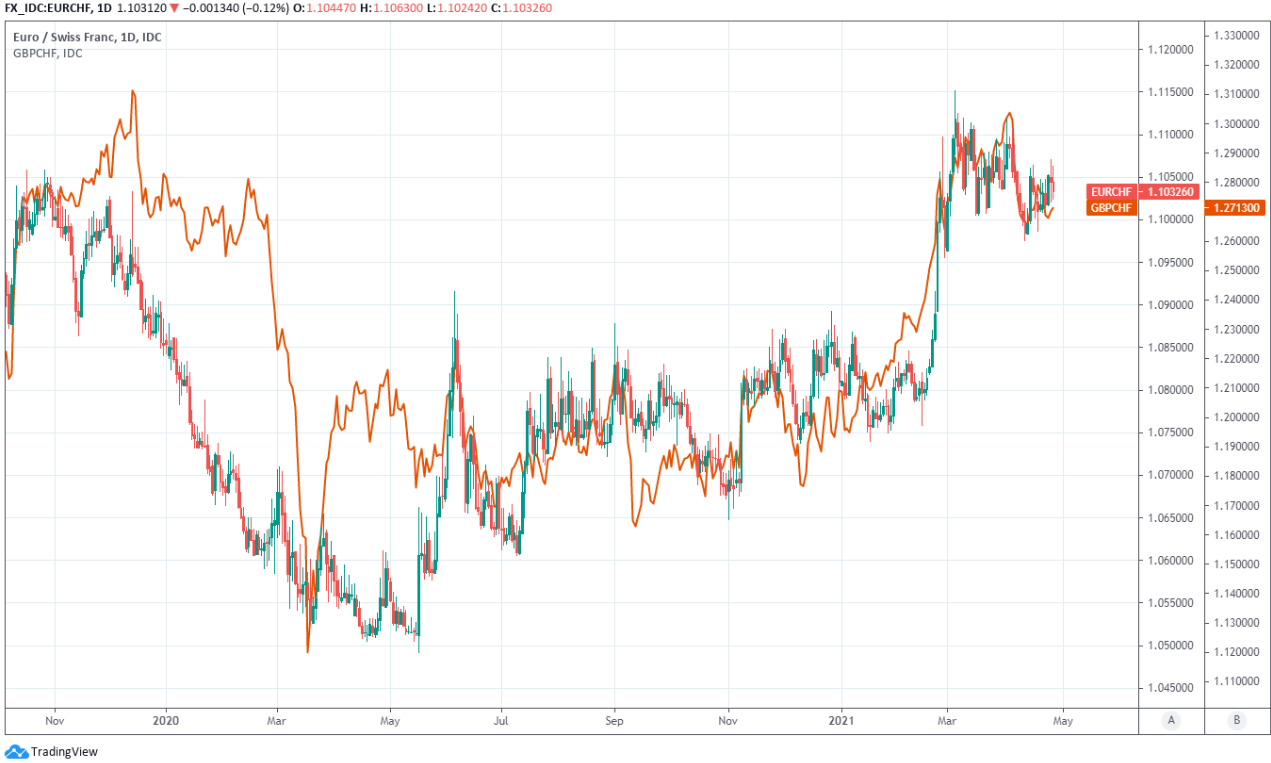 Above: EUR/CHF shown at daily intervals alongside GBP/CHF (orange).

Pesole and the ING team cite the prospect of imminent disbursements from the EU’s €750BN recovery fund, notably to Italy and other Mediterranean economies, as reason for optimism on the Eurozone economic outlook and in relation to the Euro.

Germany’s top court had been threatening to prevent the recovery fund from being operationalised until last week when the federal constitutional court gave President Frank-Walter Steinmeier the nod to ratify Germany’s legal sign-off on the EU’s “own resources decision.”

"Italy's disbursement of the EU Recovery Fund would be welcome progress for the European project. And as we've discussed recently, continued progress by the Greens in German opinion polls will raise the intriguing prospect of a shift towards looser fiscal policy and greater European integration. This should all question why investors should hold CHF on a precautionary basis," Pesole says.

That paves the way for the EU to issue bonds underwritten by itself and in concert with members which will then be used to part-finance initiatives aimed at freeing continental economies from the jaws of a second technical recession in as many years, a recession that is expected to be confirmed on Friday with the release of old hat GDP data covering the opening quarter of 2021. 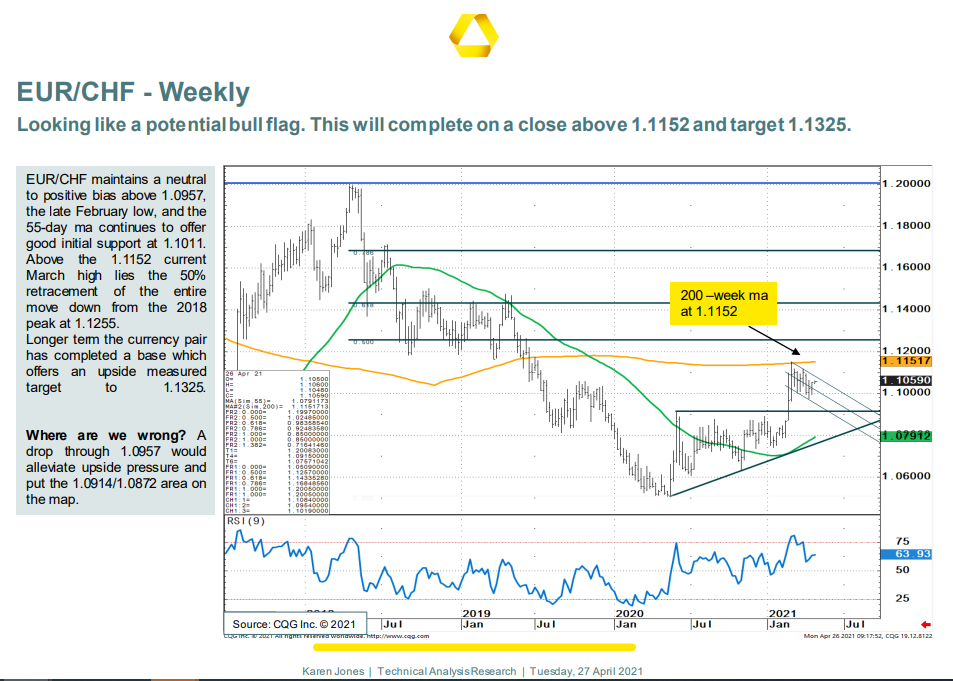 Above: Commerzbank slide showing technical indicators and analysis of EUR/CHF.

Coming at a point when investors’ appetites for U.S. Dollars are waning, renewed optimism about the outlook for European growth is a potentially powerful stimulant for European currencies.

ING says that a further unwinding of last year’s market demand for safe-haven assets is likely to weigh heavily on the Franc as any recovery rally unfolds and that this would likely lead the Euro-Swiss exchange rate to rise sharply through the rest of the year as a result.

ING forecasts a EUR/CHF rate of 1.15 by year-end, although others have gone further this year and some including analysts at Goldman Sachs are even looking for levels as high as 1.20.

Meanwhile, technical studies trends on the charts are also pointing toward an imminent recovery of the June 2019 highs near to 1.1150 ahead of further gains.

“The Euro is looking stronger, it appears to be building a bull flag on EUR/CHF,” says Karen Jones, head of technical analysis for currencies, commodities and bonds at Commerzbank, who says a move above 1.1152 would give the Euro a clean run at the 1.1325 level.

Jones says EUR/CHF’s correction lower from early March highs around 1.1150 has, when appended to the exchange rate’s 2020-to-2021 uptrend left behind it on the charts the appearance of a “bull flag pattern” which indicates scope for a rally above 1.13 in the the coming weeks and months.