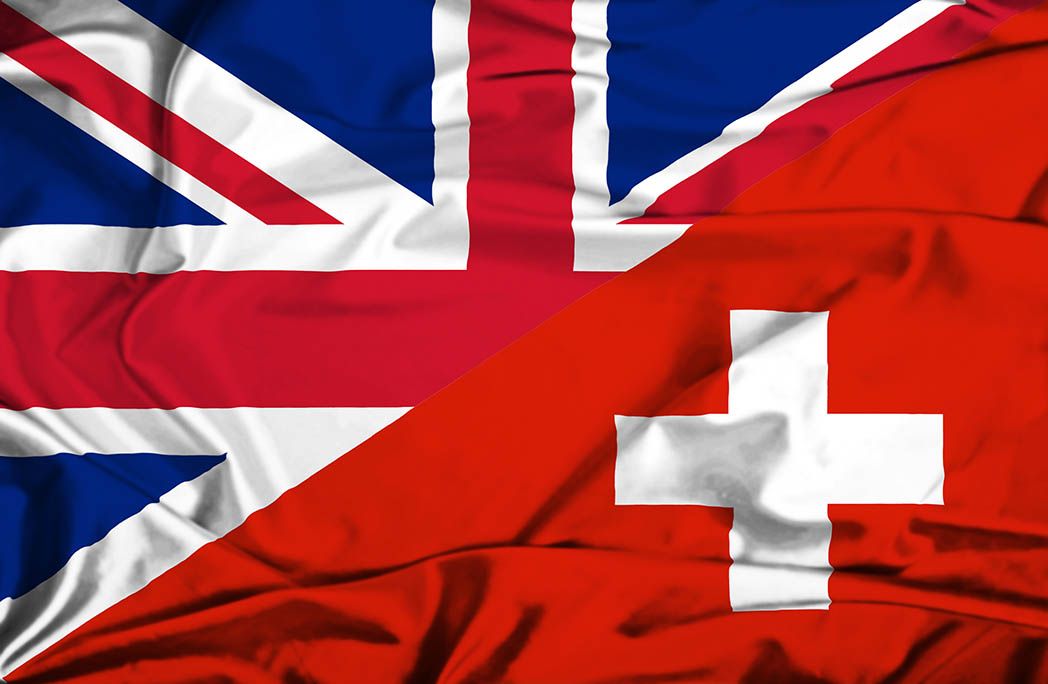 - Franc strength in Dec. a highlight of global FX

The Pound starts the new year with a sharp dip against the Swiss Franc, and further losses could occur over the course of January as the GBP/CHF exchange rate threatens to enter into a fresh technical downtrend.

The Pound-to-Franc exchange rate fell to 1.2775 on January 02, a 0.4% decline that suggests the Pound's multi-month rally against its Swiss counterpart is threatening to fade: 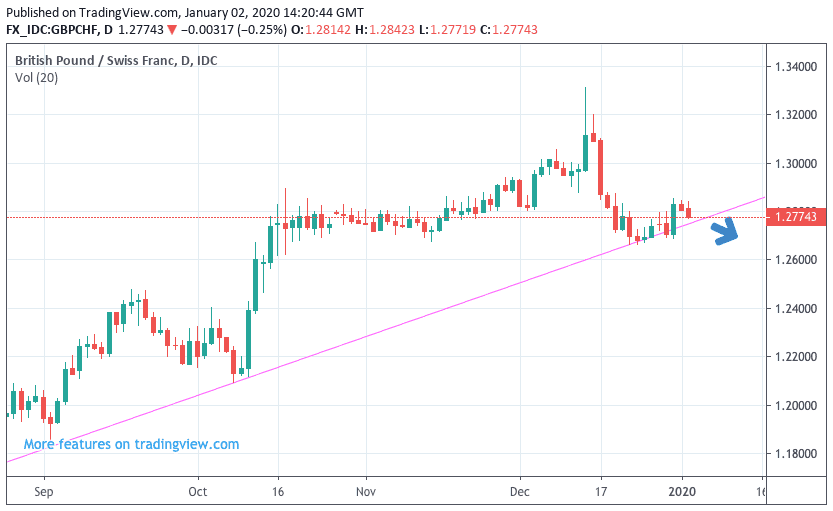 The above graph shows GBP/CHF to have been rising in a decisive uptrend since August, when it became clear the UK and EU would avoid a 'no deal' Brexit. The trend in favour of Sterling is loosely underpinned by the purple trend line in the graph.

What we are watching is the erosion of this trend line to the downside: such an outcome would signal to us the market is entering either a new sideways trend or down trend. Either way, the rally in GBP/CHF could be deemed to have ended should we gain further confirmation over coming days, which will ultimately advocate for potential GBP/CHF weakness in the first phases of 2020.

The decline in Sterling is hard to put a finger on: most commentators suggest Sterling weakness is a result of growing fears that the EU and UK would be unable to strike a trade deal by the end of 2020, leading to a 'no deal' Brexit. However, this scenario has always been known; it is not new information and it appears we are seeing market commentators grasping for explanations to explain current price action.

All this is still up for negotiation.

The decline in the GBP/CHF exchange rate is by no means simply a story of Pound weakness, it is also a story of Swiss Franc strength. Indeed, the strength of the Franc has proven to be one of the more interesting facets of global foreign exchange markets in December.

"It is remarkable to us how CHF has seen broad-based support since the central bank (SNB) met in December, strengthening despite fading political risks," says Lars Sparresø Merklin, Senior Analyst, FX Strategy at Danske Bank.

"One interpretation is thus that the CHF is strengthening as markets have begun expecting a prolonged period of low inflation (CHF positive) without adding to expectations that SNB could offset this via further rate cuts (potentially CHF negative)," adds Merklin.

Overall, the Swiss Franc - based on a basket of Franc exchange rates - increased by nearly 2.0% in December, with the currency outperforming against all major currencies other than the Norwegian Krone, New Zealand and Australian Dollars. 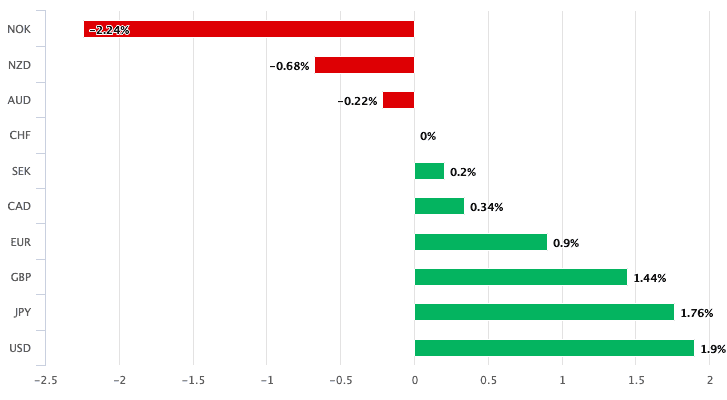 December saw the Swiss National Bank maintain its ultra-loose monetary policy settings with the basic interest rate staying at -0.75%. However, the SNB warned the Franc remains highly valued and reiterated its willingness to intervene in the foreign exchange market as necessary.

The ongoing strength of the Franc could well encourage expectations for some kind of intervention at the SNB over coming months, however we don't see this as materially impacting the trend in GBP/CHF.

* Time to move your money | Get industry-leading exchange rates and maximise your currency transfer potential with Global Reach. Speaking to a currency specialist will also help you to capitalise on positive market shifts while protecting against risk. Find out more here.