Canadian Dollar strength and resilience curtailed a tepid GBP/CAD recovery from the week's lows by Friday, making a battleground of the exchange rate in the process after overnight trading saw the Loonie deny Sterling a recovery of its earlier 1st place in this year's foreign exchange market marathon.

Sterling suffered the heaviest losses Friday as major currencies recoiled from a U.S. Dollar that rallied with bond yields after the Federal Reserve (Fed) called an end to a relief for commercial banks from certain regulatory capital requirements obligations, while the Loonie was more resilient.

GBP/USD tumbled almost half a percent while USD/CAD rose a mere 0.10%, barely taking it above 1.25 while prompting a GBP/CAD slide to an intraday low of 1.7322, from overnight highs above 1.74.

GBP/CAD's foray back above 1.74 came as Sterling sought to reclaim the top spot in the FX rankings for a 2021 year still in its infancy, although subsequent Canadian strength and resilience was quick to put a lid on the Pound.

Canada's Dollar was aided on Friday by retail sales figures that fell by less than was expected for the month of January and were accompanied by an indication from Statistics Canada that February gave way to a blockbuster rebound.

"That was the last relevant piece of data before the January GDP numbers on 31 March. CAD has not been hit very hard by the slump in oil prices this week, but some stabilisation in crude will likely be needed to avert some bigger spill-over into the currency," says Francesco Pesole, a strategist at ING. 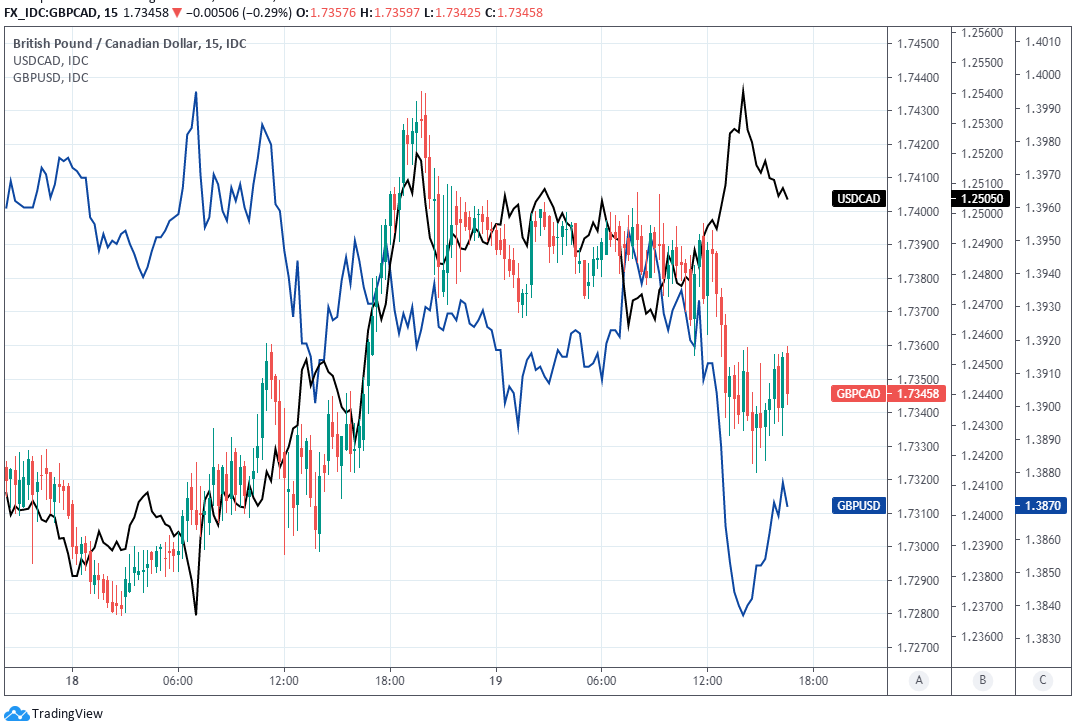 January marked the pinnacle of Canada's second coronavirus wave and resulting 'lockdown,' which saw sales fall only -1.1% when consensus looked for -3%. Core sales fell -1.2% against expectations for a -2.8% decline  Core numbers exclude sales of motor vehicles because of the distorting impact their prices have on underlying trends.

"The oil-related currencies of the CAD and NOK are amongst the best performing G10 currencies so far this year alongside the GBP," says Lee Hardman, a currency analyst at MUFG. "We are closing our short EUR/CAD trade idea to lock in gains. We have become more wary of a temporary correction lower for CAD in the near-term given it has become deeply overbought according to technical indicators and the price of oil has just suffered its largest one day decline since last May." 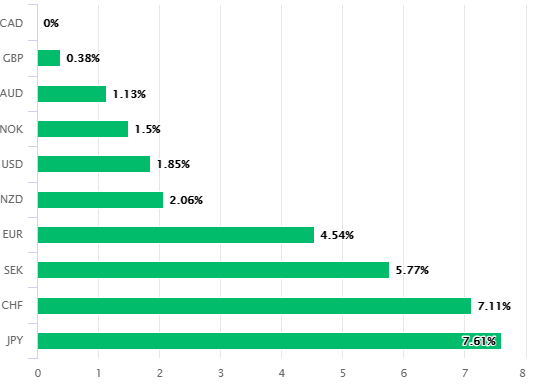 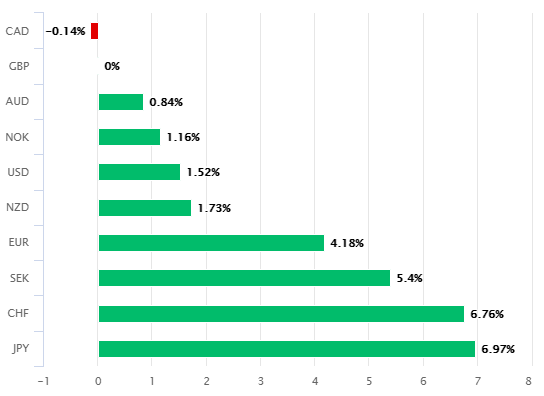 Above: Canadian Dollar (left) and Pound Sterling relative to other major currencies in 2021.

Hardman and the MUFG team were buyers of the Canadian Dollar when selling EUR/CAD around 1.5110 a fortnight ago but booked profits this week at 1.4844 as the market for oil came off the boil. The bank said Friday that Canadian economic fundamentals remain strong and the technical trend in EUR/CAD is still bearish but that the risk of a short-term correction in Canadian exchange rates is now growing alongside what could be a new wave of coronavirus infections in North America's second largest economy.

"Canada looks to be in the early stages of its own third wave, as new, more contagious variants appear to be more than offsetting declines in the one we were wrestling down. The greater severity associated with these variants is also driving up ICU occupancy in some areas, a key benchmark that can drive provinces towards tighter restraints," says Avery Shenfeld, chief economist at CIBC Capital Markets. "That’s one reason why, on the economic front, our concerns over these “variants of concern” entail some temporary downside risks in Canada’s relative performance versus the US." 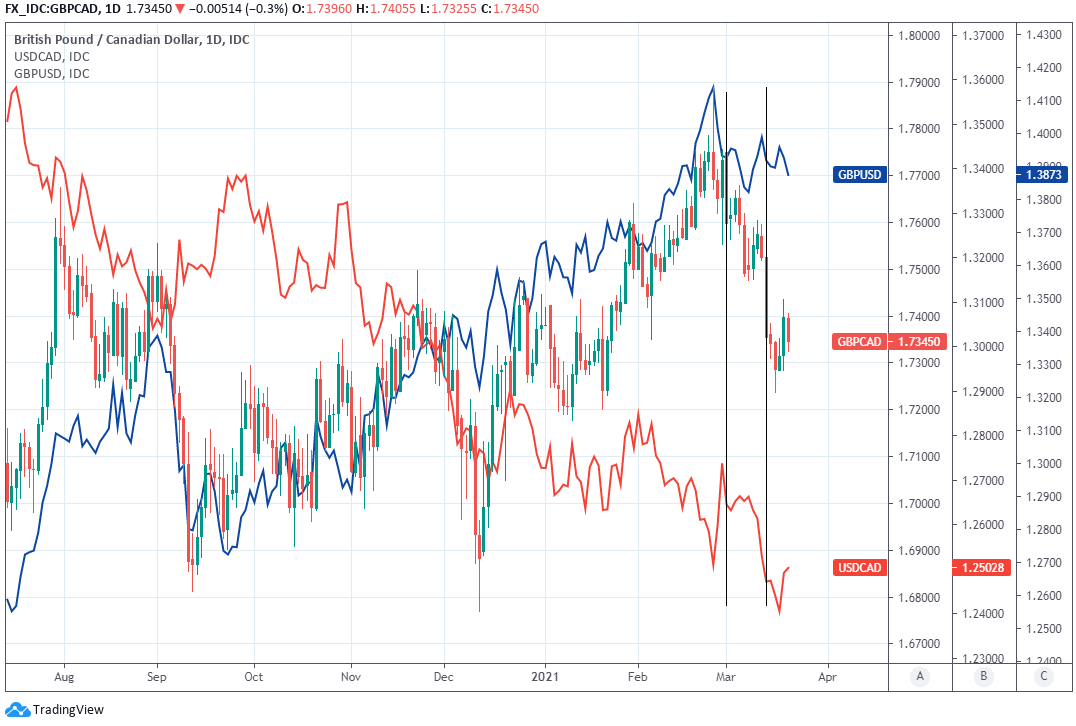