The Australian Dollar was at the bottom of the major currency basket on Thursday amid hallmarks of widespread risk aversion, although underperformance has characterised the currency since the Reserve Bank of Australia (RBA) was seen shifting onto what isn't far from an "FX war" footing.

Australia's Dollar was down against all majors with its steepest decline against a Pound that has seen its "strongest ever" bid from "real money" in recent weeks, as stock and many commodity markets wallowed in the red on Thursday.

ICE crude oil futures were trading higher while the Commodity Research Bureau (CRB) Index, which reflects a weighted-average of all key commodity prices, was lower on an intraday basis.

Both have risen over the last five trading days and week overall however, although despite this and otherwise healthy investor risk appetite, the Aussie has lagged currencies that it might typically outperform in an environment where stocks and commodities are also rising. 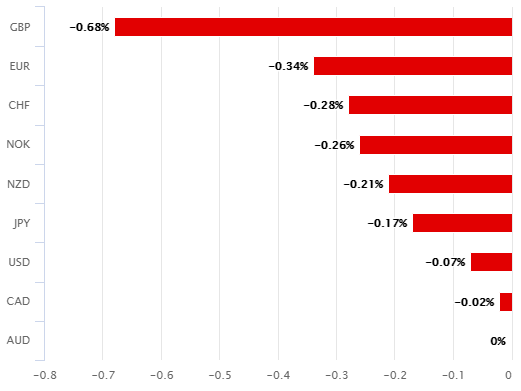 Thursday's underperformance came even after Australian Bureau of Statistics data revealed a better-than-expected repairing of the Australian job market in January, with the unemployment rate having fallen from 6.6% to 6.4% while the economy created or otherwise recovered from the coronavirus some 29.1k jobs.

This was after an earlier 50k increase in December and a broader economic recovery that saw Treasury suggesting in its recent budget that Australia's GDP was on course to end 2020 higher than it was at the start of the year. With the exception of China and New Zealand, few if-any have achieved that feat.

"Today saw the RBA casually let slip it has been knowingly taking part in an FX war via the back door, when Assistant Governor Kent said its actions have kept AUD 5% lower than would otherwise have been the case," writes Michael Every, a global strategist at Rabobank in a Wednesday note to clients.

Underperformance comes after Assistant RBA Governor Christopher Kent made the above referenced remarks when participating in a panel discussion during a roundtable webinar on foreign exchange that was hosted by the Finance & Treasury Association on Wednesday. 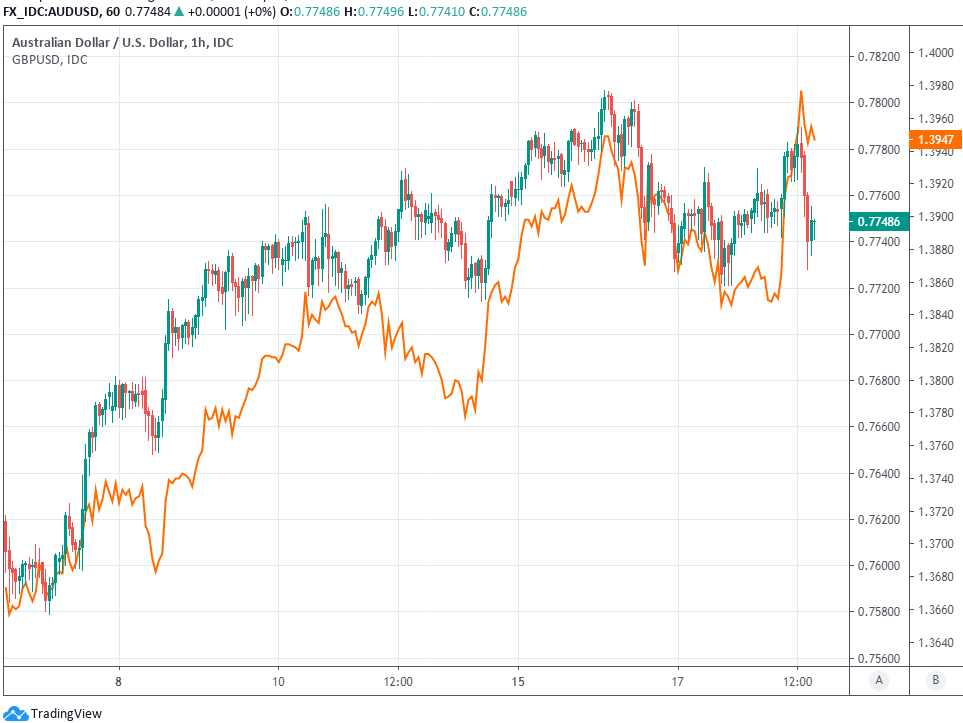 "The policy measures have placed, and continue to place, downward pressure on the Australian dollar," Kent told his audience. "Since early November, however, other factors have contributed to an appreciation of the Australian dollar, which is currently around the upper end of its range of recent years. In particular, there has been a general improvement in the outlook for global growth, which has been associated with an appreciation of a range of currencies against the US dollar and a marked increase in many commodity prices. Indeed, the price of iron ore has increased by around 40 per cent since early November. Even so, historical relationships with commodity prices would have implied a much larger appreciation of the Australian dollar than what's actually occurred. While history only provides a rough guide, this difference suggests that the Bank's policy measures have contributed to the Australian dollar being as much as 5 per cent lower than otherwise (in trade-weighted terms)."

This was a curious engagement in light of proliferating concerns among central banks about the size and scale of the U.S. Dollar's 2020 decline.

"This added to the broader USD lift as yields pushed higher and pulled AUD/USD back to 0.7750," says Tim Riddell, a strategist at Westpac.

The U.S. Dollar fell against all majors last year while the ICE Dollar Index, which measures the U.S. unit against those of important trading partners, was still down -8.8% on a one-year lookback Thursday despite rising 0.86% in 2021.

This has by default lifted the exchange rates of other currencies and caused upset at those central banks which had previously struggled to meet targets for generating inflation including the RBA, because stronger currencies cheapen the cost of imports.

"Given that Australia’s recovery from the crisis is furthered advanced than most of its G10 peers, there are concerns that the RBA may be counting the costs of ultra-accommodative policy sooner than some of its peers. The RBA could be hoping that the reflation/vaccine trade that had recently been supporting the USD has legs," says Jane Foley, a senior FX strategist at Rabobank in an earlier February research note.

Reduced import costs resulting from stronger exchange rates could see the RBA struggle to meet its inflation target for years yet. This is at a point when its main interest rate has been reduced to zero and the bank has made increasing use of extraordinary policies like the quantitative easing initiatives popular in Europe, the U.S. and Japan since as far back as the financial crisis. 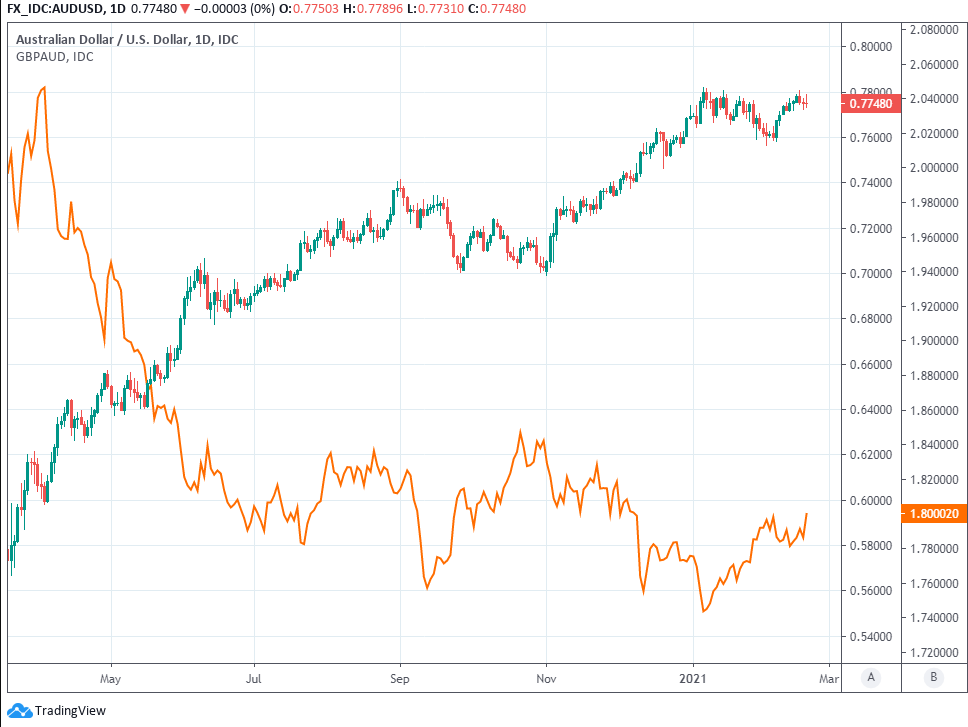 The RBA is however, not alone in being concerned for its inflation target.

There's only two central banks in the G10 sphere that have expressed confidence in their ability to reach inflation targets, with those being the Bank of England (BoE) and Norges Bank. The others however, have continued to vent concerns about the outlooks for their economies as well as their targets to deliver what are generally 2% inflation objectives, including those in Australia, New Zealand, Canada, the Eurozone, Japan and elswhere. It may not be a coincidence that the two best performing major currencies of 2021 are thus far Pound Sterling and the Norwegian Krone.

But with investors, traders, analysts and markets broadly all continuing to lift the related exchange rates in feverish speculation ahead of an anticipated global economic recovery, with all that may mean for commodity currencies and manufacturing economies, it's possible that some central banks are increasingly considering interventionist policies. Coordinated or uncoordinated. Indeed, a growing number have already intervened in the market - including those of Poland, Israel, Sweden, Chile and Switzerland - while the RBA's recent actions are also now seen as indicative of a stance that's consistent with what might be expected in a foreign currency conflict or "FX war."

"While there is currently still plenty of slack in the labour market to justify the RBA’s policy, various commentators have been pointing out that property prices are already headed higher," Foley says. "The Fed and US Treasury have good reason to remain cautious on the outlook for the US economy. For now, we maintain our view that RBA policy combined with concerns about trade tensions with China will keep a lid on AUD/USD. We retain our forecast that a 0.76-0.77 range may contain most activity in the coming months." 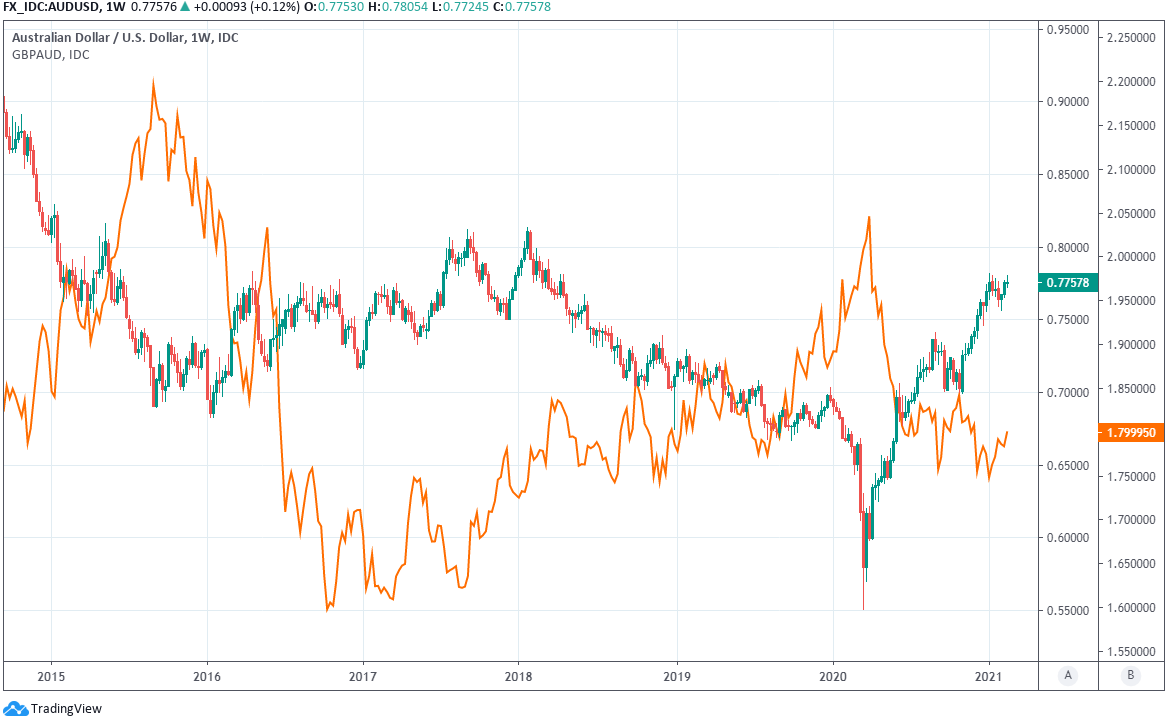