- But RBA's policy bent offers a parachute to the AUD/USD rate.

- AUD/USD key to GBP/AUD outlook as Brexit weighs on GBP. 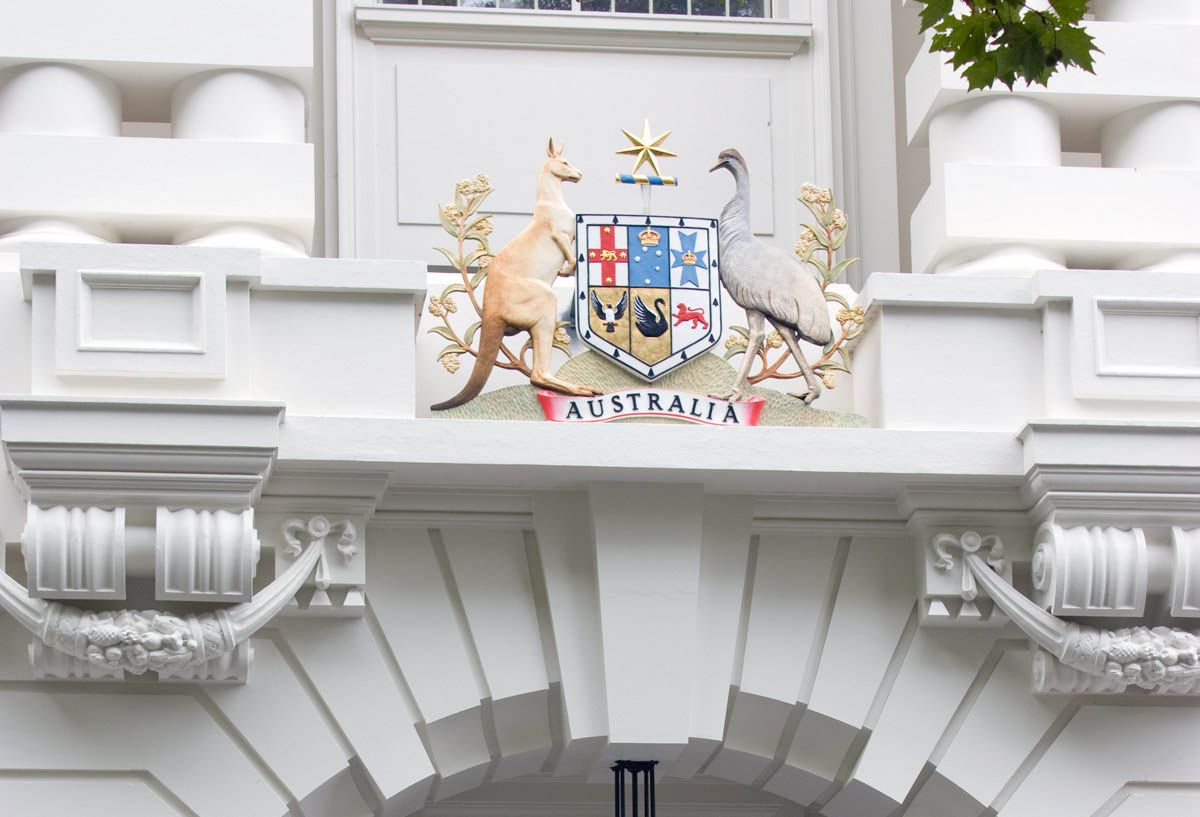 The Australian Dollar fell Friday as investors responded to an exchange of fire between the U.S. and China, which offered temporary support to the Pound-Aussie rate although the outlook for Sterling is darkening so the British currency could be at risk of steeper losses up ahead.

Australia's Dollar was on the back foot after Chinese retail sales and fixed asset investment figures missed expectations although losses were limited by better-than-expected industrial production numbers that leant support to prices of key commodities in the Aussie export basket. Industrial production rose an annualised 3.9% in April when consensus were looking for only a 1.5% gain, although fixed asset investment fell by more than 10% and retail sales were down -7.5% when a -5.9% fall was expected. 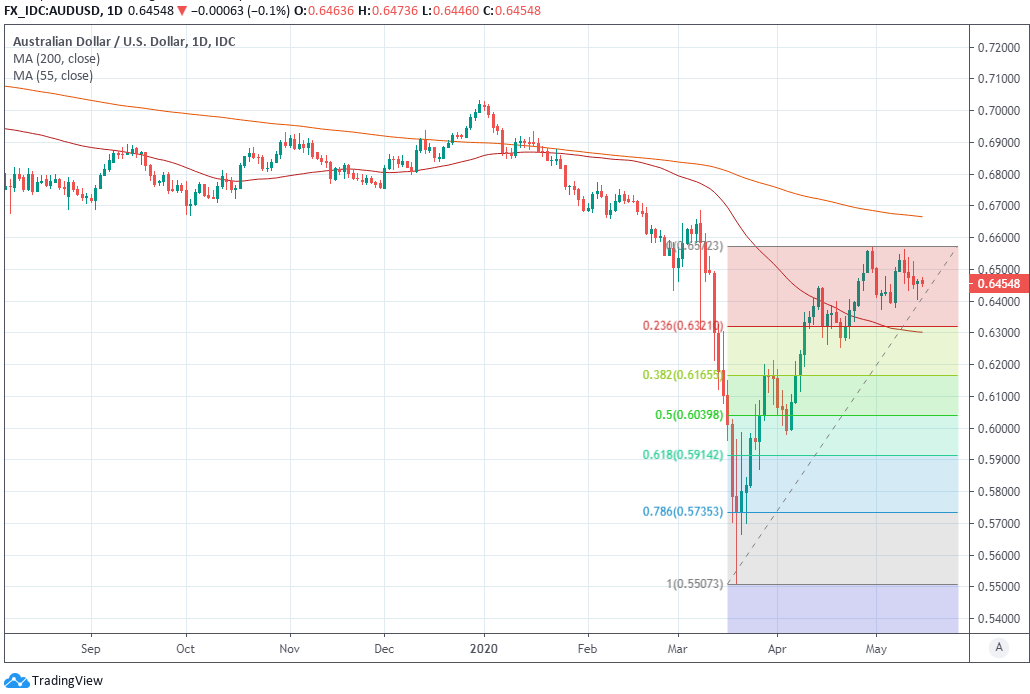 Above: AUD/USD daily chart with Fibonacci retracements of March 2020 rebound, the genesis of a possible AUD uptrend.

China is the world's largest buyer of commodities and so the number one destination for Australian raw materials exports, which leaves the two sets of economies and currencies sharing a strong positive correlation and weakness in the fixed asset and retail sales figures served markets a reminder of the fragile state of China's economy.

This put the Aussie on the defensive heading into the final session of the week although it wasn't the only factor responsible for weakness and Sterling was also weak, which left the Pound-Australain Dollar rate treading water ahead of the weekend. The relative pace of gains and losses for AUD/USD and GBP/USD will key in the coming days and weeks to whether the Pound-Australian Dollar rate recovers to 1.94, or declines further to 1.8461 from Friday's 1.8883 level.

"With risk appetite stretched and price momentum easing, trading is likely to be entering a choppy period. Markets now turn to slower factors that will either lead global economies out of hibernation or condemn risk markets to lose altitude. The upside for markets is that economies are re-opening and policy support will remain indefinitely. The downside is that many countries are doing so without eradicating COVID-19, thereby risking health and public confidence in the process of normalisation. The risk is that growth will be tepid after an initial rebound, as re-hiring and investment return at a pace that is slower than expected," says Daniel Been, head of FX research at ANZ. 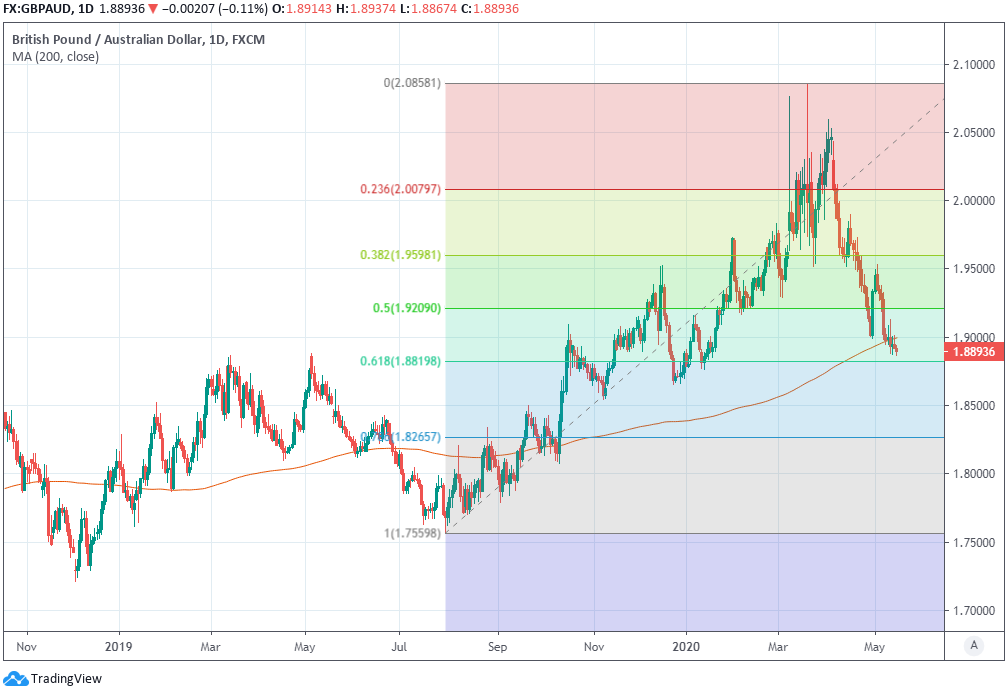 Above: Pound-Australian Dollar rate back below 200-day average, testing 61.8% Fibonacci retracement of 2019 trend.

Currency traders appeared risk-averse Friday amid fresh tensions between the world's two largest economies and resilient demand for the U.S. Dollar. The greenback was higher against commodity currencies as well as the Pound, but lower relative to safe-havens like the Japanese Yen and Swiss Franc.

U.S. Dollar price action continues a run of gains set in motion on Wednesday when Federal Reserve (Fed) Chairman Jerome Powell sought to convince markets that the American central bank is not toying with the idea of a shift to negative benchmark interest rates. That came amid speculation in the interest rate derivative market suggesting a negative Federal Funds rate would materialise before the middle of next year, although with Powell all but ruling out such a move the greenback has recovered.

"Australia is currently the highest yielding AAA-rated sovereign, and is also attractive relative to lower rated countries, including the US, UK, and NZ. That is in part due to supply fears in the $A bond market, but also a repricing of central bank expectations, with discussions around the possibility of negative rates becoming more prominent  in countries such as NZ and the US. We expect this dynamic to be supportive of A$ rates product so long as it continues," says Damien McColough, head of AU rates strategy at Westpac. 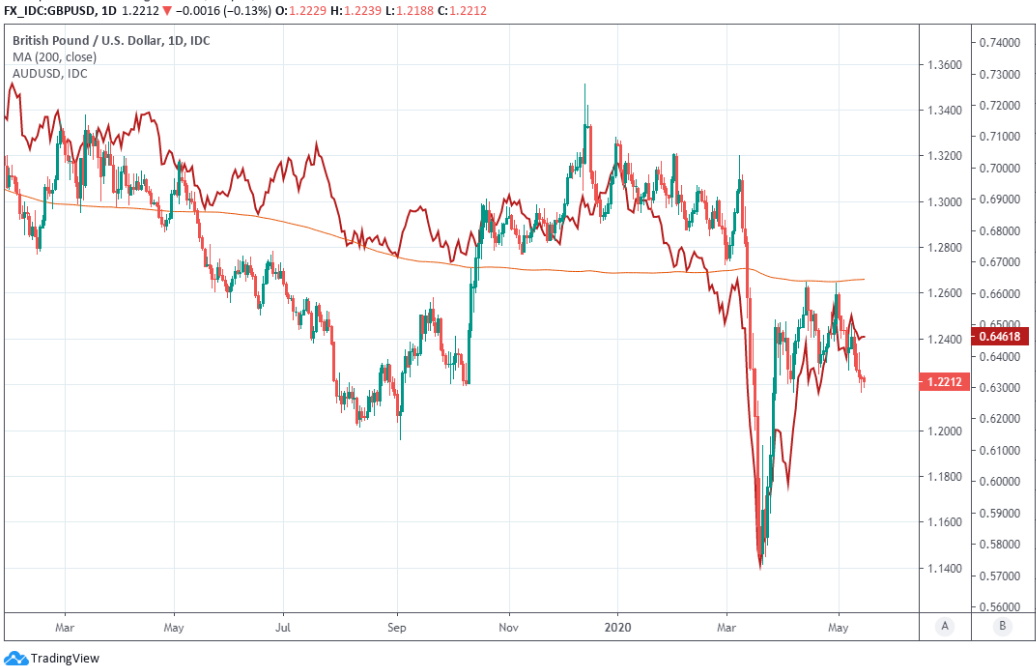 Above: GBP/USD rate at daily intervals alongside AUD/USD rate (red line) with 200-day moving-average for GBP.

Aussie Dollar losses have so far been limited by resilience in some commodity prices as well as the fact the Reserve Bank of Australia (RBA) has quickly wound down its interventions in the bond market, which has enabled the all-important government bond yields to stabilise near new lows at a point when President Donald Trump is pressuring the Fed for negative rates and as 2-year British government bonds remain in the negative yield club.

An Aussie Dollar retreat could offer the Pound-Australian Dollar rate brief respite from the selling pressures that have pushed it more than 8% lower since early April, potentially taking it up to 1.94. 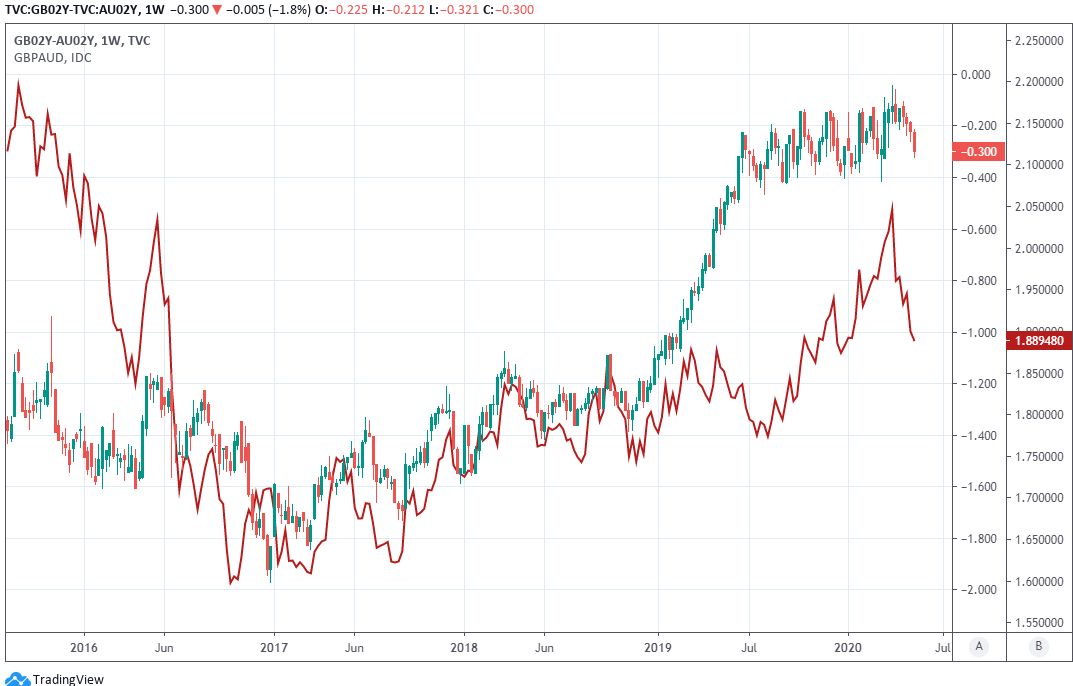 However, positive and upwardly biased Aussie bond yields might limit the downside for the AUD/USD rate and in process put fresh pressure on a Pound Sterling that's weakened broadly in response to concerns about the economy, public finances and Brexit.

The GB-AU bond yield differential has trended higher and toward parity, or zero, since 2017 but the coronavirus and resulting measures taken to address it have begun to undermine that trend and could weigh on the Pound-Australian Dollar rate in the weeks and months ahead if the nascent trend continues.

"Officials will hold a press conference today to discuss progress on this week’s Brexit negotiations.  There still remains large differences between the UK and EU, including the treatment of fisheries.  The UK only has until 1 July to decide whether or not to extend the transition period (which currently expires on 31 December 2020)," says CBA's Mundy. "Uncertainty around the future relationship between the UK and EU will continue to weigh on GBP."