South Africa's Rand, the Mexican Peso and Hong Kong Dollar were among those that ceded a small amount of ground to the Dollar this week, as U.S. bond yields rose in response to multiple factors and amid an increase in oil prices that many analysts say has been induced by bad weather in the U.S.

But USD/ZAR was up just 0.14% on Friday and had risen only 0.46% for the week, while remaining within arm's reach of the 14.50 area that marks the Rand's most favourable level against the greenback for the more than a year, and is the last technical impediment to 2019 and even 2018 peaks for the Rand. 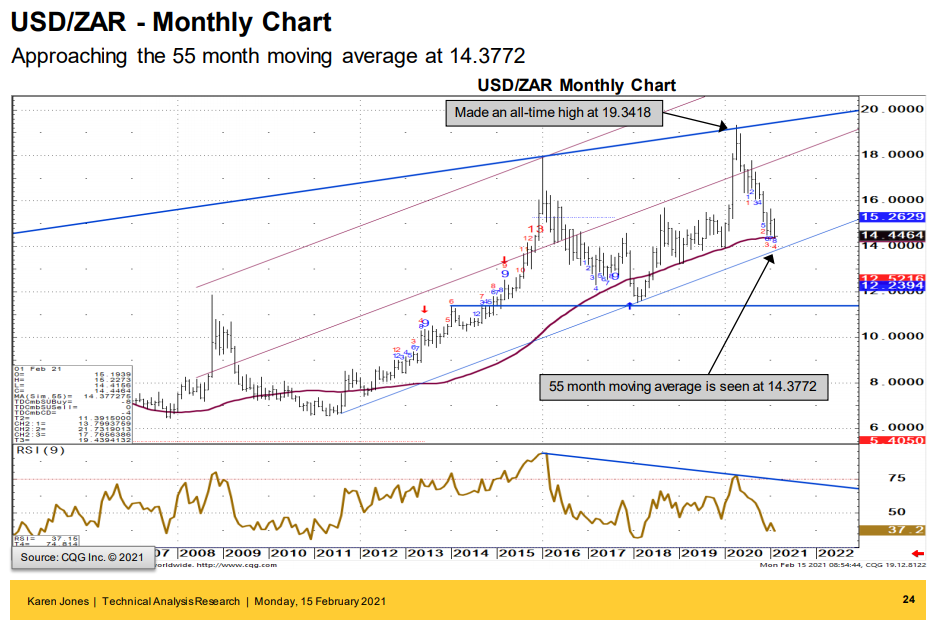 Rising oil prices are a negative for energy importers like South Africa as they feed directly into inflation, which was already on the rise in the country due to a better-than-anticipated economic performance, although expectations have been bolstered of late by similar events in North America. South African inflation rose from 3.1% to 3.2% on an annualised basis last month, though remained below typical levels.

"Vaccinations and infectious mutations continue to dominate global headlines, though the sensationalism around the pandemic is starting to die down as market participants realign to economic fundamentals," says Nema Ramkhelewan-Bhana, head of research at Rand Merchant Bank. "That isn’t necessarily positive for markets, whose sombre disposition this week reflects growing inflation concerns manifested through better-than-expected surveys and data, predominantly in the US where the recent climb in treasury yields has raised fears that investors might unload risk assets."

U.S. government spending plans and other factors have lifted inflation expectations and helped to promote further noteworthy increases in American bond yields, which could in turn lift financing costs for South Africa, other emerging markets and to some extent all other countries around the world.

These headwinds may help to explain the Rand's lagging performance for the week, although they don't necessarily discount any of the other positive developments seen in South Africa this week as well as in recent months.

"With the COVID-19 curve in SA having fallen to the 2 000 cases a day mark (on a seven day rolling average basis), it is now at the point that heralded the arrival of level 1 restrictions in SA, albeit persisting for a few weeks at this lower case rate," says Annabel Bishop, chief economist at Investec. "South Africans are anxious for further adjustments in the level of restrictions, even though the current level 3 is considerably lighter than the level 3 of June to August 2020. A nominal easing, to level 2 officially, would provide a boost to sentiment." 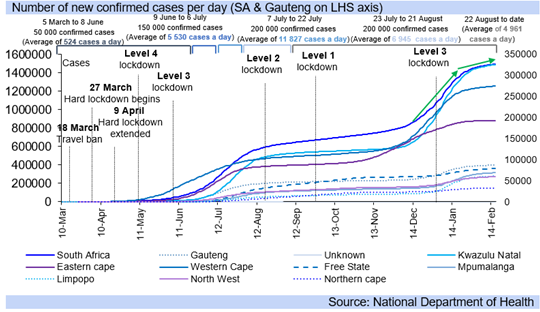 President Cyril Ramaphosa and Health Minister Dr Zweli Mkhize both received their first dose of a coronavirus vaccine this week in an attempt to dispel anti-vaccination sentiments in the country and just the broader national program gets underway. Both received the Johnson & Johnson shot after the 1 million Astrazeneca vaccines which arrived in the country previously have been forwarded on to other African Union countries after being deemed ill suited to treat the new variant prevalent in South Africa.

This follows an earlier unlocking of the economy and residents that saw restrictions on social activities eased at the beginning of the month, and comes ahead of next Wednesday's eagerly anticipated budget. The fiscal update from Finance Minister Tito Mboweni has hung over the Rand like a Sword of Damocles given market fears that it could lead to further credit rating downgrades, although recently tax receipts flowing to the Treasury have improved, creating scope for a positive surprise next week.

The budget is set to be announced during a parliamentary appearance by Mboweni at around 12:00 London time next Wednesday. Mboweni said in October that South African debt-to-GDP is likely to top out at 95.3% in 2025/26, later than previously forecast, which is also the delayed point at which the optimistic minister hoped to deliver a primary budget surplus. Keeping South Africa on course for a balanced budget may be key to its credit rating prospects, although Mboweni faces a delicate and invariably difficult task because spending cuts and tax increases could act as near-term headwinds for the already-embattled economy.

"Ahead of South Africa’s Budget Speech (12.00 GMT on Wednesday 24 February), markets are optimistic about the outcome. The outperformance of actual revenue collection FY21 to date (fiscal year ends 31 March) has fed expectations of reduced local currency bond issuance in FY22," says Razia Khan, head of research, Africa and the Middle East at Standard Chartered Bank. "At the optimistic end of expectations, some expect that local currency debt issuance could be cut by as much as ZAR 2bn per week in FY22. While this would be a good outcome and it is not fully priced in by markets, we are more cautious. How long the economic recovery is sustained remains the key." 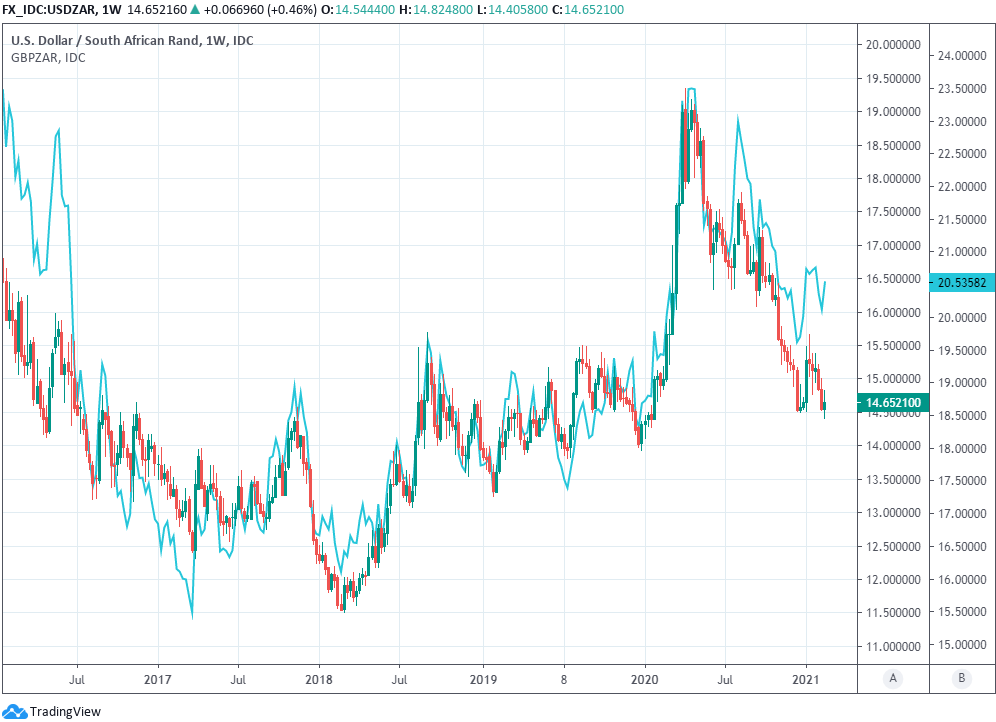