The Rand scored a consolation victory Thursday when it edged higher by 0.04% against the oil and equity-linked Norwegian Krone but the South African currency was otherwise submerged in a metaphorical sea of red ink having sustained losses against all other major developed and emerging market units.

But it wasn't suffering in isolation given that almost all struggled against a Dollar lifted from near mulit-month and some cases multi-year lows amid reportedly thin liquidity on Thanksgiving holiday, and after the Federal Reserve (Fed) neglected to indulge expectations for more stimulus in December.

"We saw EURUSD reverse lower this morning after a fake-out breakout above yesterday’s high in the 1.1930s. What is more, we witnessed USDCNH immediately head higher after his headline crossed: “REUTERS POLL - BULLISH BETS on CHINESE YUAN AT HIGHEST SINCE JAN 25, 2018” All of this has helped to keep the USD steady today in our opinion," says Eric Bregar, head of FX strategy at Exchange Bank of Canada.

Minutes of the November meeting, which took place just days after the presidential election but before American cities and states began tightening restrictions on activity in response to another wave of coronavirus infections, showed policymakers doubting the merits of a further enlargement of the bank's quantitative easing programme.

Investors and analysts have anticipated increasingly for weeks that an enlargement of the Fed's $120 bn (R 7.86 trillion) per month bond buying programme, which has no fixed size or duration and so has been described by the bank as unlimited, would come in December and serve to keep pressure on American bond yields. 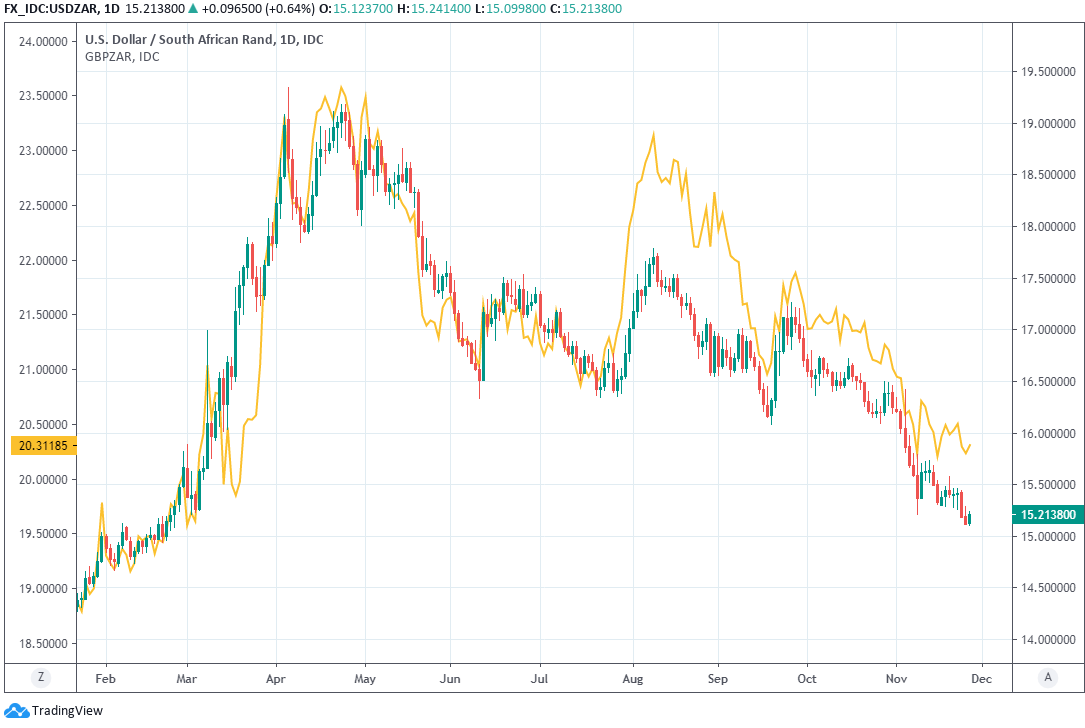 Falling U.S. yields, a deteriorating outlook for the world's largest economy and expectations of a robust growth recovery elsewhere in the New Year have all been cited by analysts and investors as bearish drivers of the Dollar and bullish factors for developing world currencies next year.

Tentative and potentially misplaced doubts over that outlook could have played a role in steadying the Dollar and knocking back the Rand on Thursday altough the good news for the South African currency is that no matter whether or not Fed increases the size of monthly bond transactions, American bond yields are likely to decline anyhow.

Buried within Wednesday's minutes were indications that the Federal Reserve may be on the verge of following in Bank of Canada footsteps over the coming weeks by potentially reorienting all of its financial firepower away from the short-term parts of the U.S. bond market, and toward longer duration securities.

It's at the longer end of the so-called yield curve, or maturity spectrum, that there remains some semblance of relative return to be captured by investors. This is to the Fed, the last few droplets of blood left in the U.S. monetary policy stone. Any squeezing of those droplets in the New Year could add fuel to the rally in emerging market currencies which, for all of their flaws, still offer investors a modicum of yield and inflation-adjusted return on their money.

"In our Year Ahead Outlook for 2021, we suggested that the bearish rationale for the USD was becoming far less compelling against the majors (EUR mainly) while far more compelling against high carry EM. This is the inertial theme right now. In the end – stimulus bill or not – the path of least resistance is still for a weaker USD over the long-term," says Bipan Rai, North American head of FX strategy at CIBC Capital Markets. "It’s [emerging market] FX’s turn to shine." 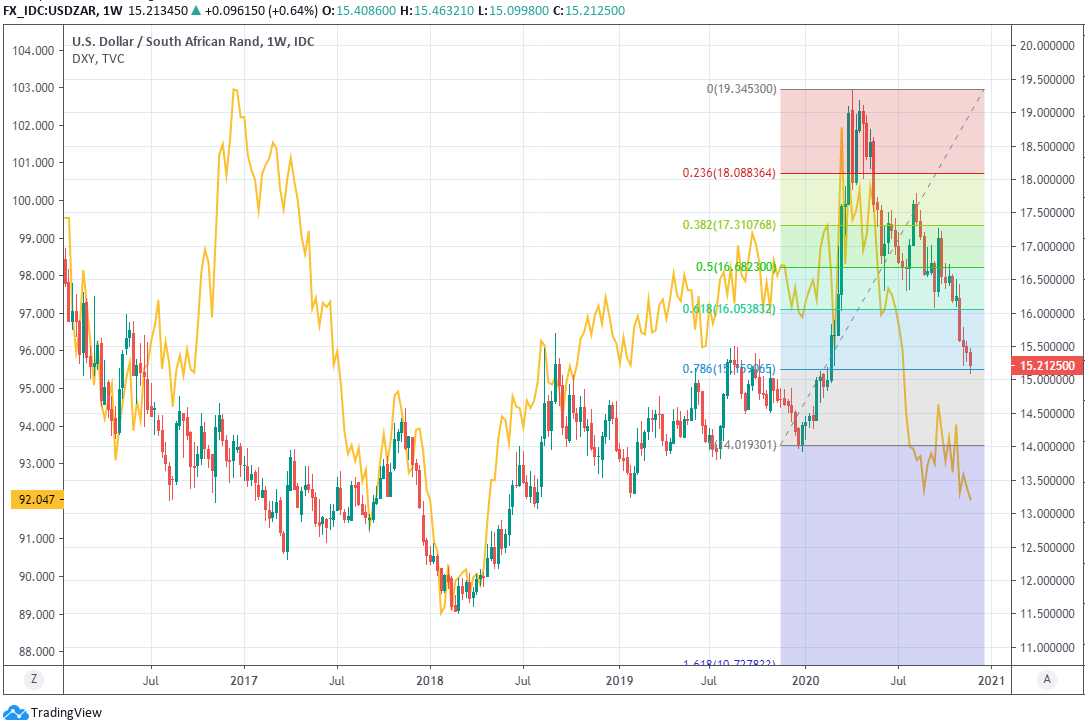