- USD squeezes higher on Thanksgiving as market digests Fed minutes.
- FOMC doubts merits of more QE, but could shake up bond purchases.
- Following in footsteps of BoC by pivoting toward longer-term bond buys.

The Dollar squeezed higher Thursday as European currencies came off the boil and after the Federal Reserve (Fed) failed to settle a debate over its next policy steps, but minutes of November's meeting hinted that it could be about to target long-term bond yields, likely keeping the greenback on a glide path lower.

Dollars were bought widely with only the Japanese Yen able to resist the ongoing rebound in many U.S. exchange rates as Americans enjoyed a Thanksgiving break while investors weighed the outlook for economies as well as central bank policy outlooks across the globe.

This was after minutes of the November Fed meeting released overnight offered clues about what the central bank might do next in order to aid the U.S. economy through another bout of coronavirus infections and accompanying government restrictions on activity.

"The minutes did not give as clear a signal that they are planning to increase the size of asset purchases in December," says Lee Hardman, a currency analyst at MUFG. "The market is already very short US dollars which slows downward momentum and poses the risk of short squeezes." 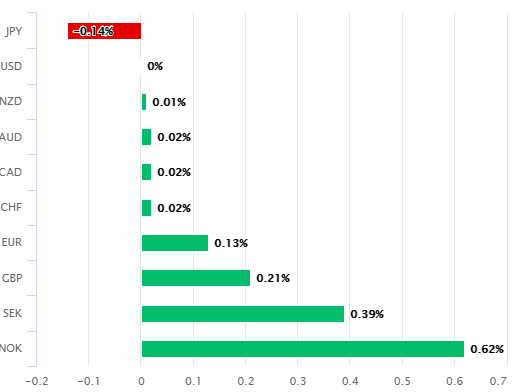 The bank has been buying $120bn per month of U.S. government bonds since not long after the beginning of the pandemic in a bid to force down the financing costs of the government as well as American companies and households. This was after cutting its interest rate to 0.25% and implementing a range of other initiatives designed to improve access to debt financing for all actors in the economy, as well as enhancing global markets' access to U.S. Dollars.

But "several participants" doubted in November that further quantitative easing would do any good for the economy given the then very low level of yields, which have weighed heavily on the Dollar in recent months, indicating a change of tack may be likely in the months ahead.

Identifying the Fed's preferred pathway for helping the economy has been made more poignant this month by a surge of new U.S. coronavirus infections and increases in related measures aimed at containing them.

"Some believe that the Fed would like to shift to longer dated purchases to avoid higher rates impacting the economy negatively while unemployment levels are still elevated," says John Hardy, head of FX strategy at Saxo Bank. "One thing holding USD bears’ back a bit here sentiment-wise has to be the fact that the backdrop has been about as supportive as possible for the USD to weaken, but the move so far has proven somewhat tepid in the wake of the U.S. election." 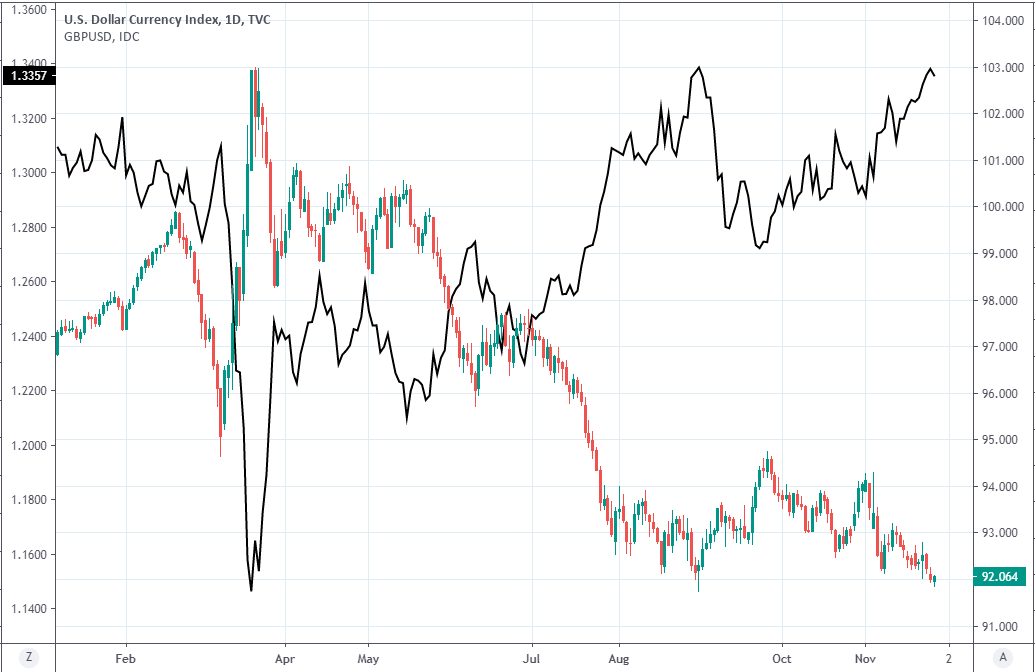 November's meeting minutes noted that "many" respondents to one of the bank's surveys, including market participants, expect the "Committee might convey additional guidance about the future path of asset purchases," as well as reorient its quantitative easing programmes toward longer-term bonds by lengthening the "weighted average maturity of the Federal Reserve’s purchases of Treasury securities," hinting at what any fresh attempt to grease the economy's wheels might look like.

The 10-year U.S. government yield, which moves in the opposite direction to bond prices, has lifted to levels which are closer to those offered by supposedly higher-yielding commodity currencies like the Australian and New Zealand Dollars than they are to other more comparable currencies like the Euro, Yen and Pound Sterling.

This is problematic for the Fed because the Aussie and New Zealand economies were largely unencumbered by restrictions on activity this month, while the U.S. was increasingly moving in the direction of Europe, where major economies were placed into varying degrees of renewed 'lockdown' that threatens to last the duration of winter. 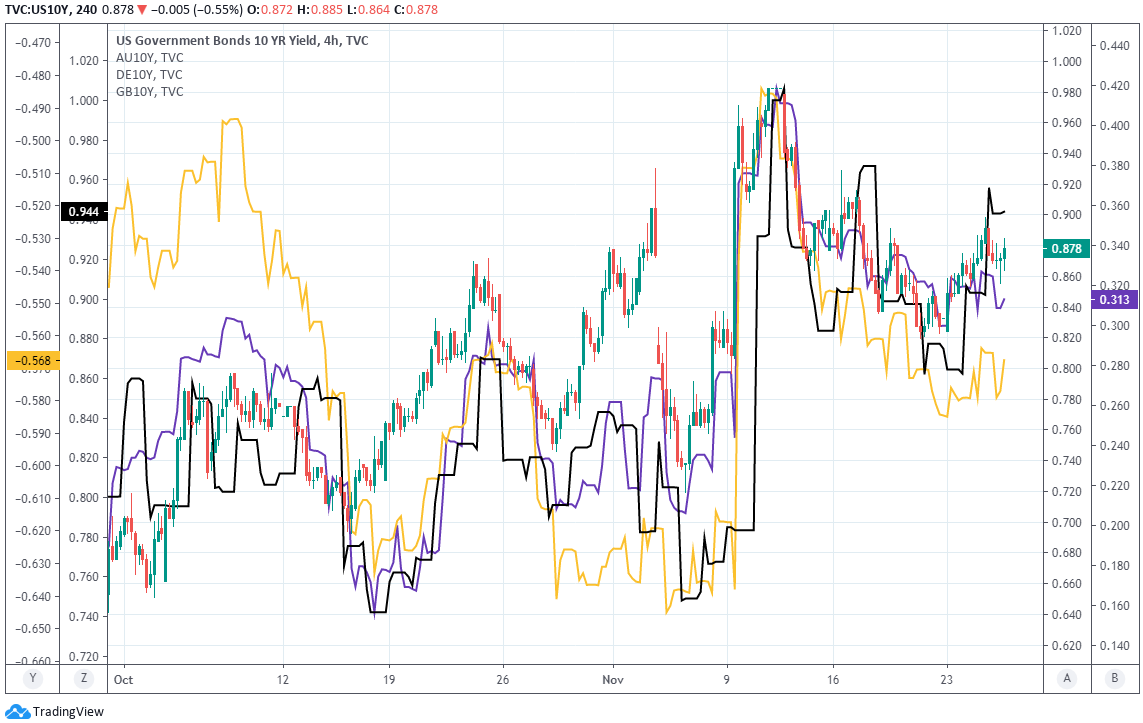 "Interest rate differentials moved sharply against the dollar this year as the Fed slashed its policy rate by more than most other central banks. For example, the difference between short-term rates in the US and those in other advanced economies on average is the smallest since late 2014," says Jonas Goltermann at Capital Economics. "We doubt that the Fed will raise interest rates or allow Treasury yields to rise much any time soon. That suggests to us continued downward pressure on the greenback."

The Dollar has sunk alongside U.S. government bond yields this year but declines have slowed in November, which brought both a Fed meeting as well as landmark U.S. election, the result of which is being contested in the courts.

But this creeping stabilisation and the uncertainty kicked up by the election result, which has helped stall the rallies in currency pairs like GBP/USD, EUR/USD and AUD/USD, has come alongside the sharp increase in some bond yields including the 10-year U.S. yield that could soon become a target for the Federal Reserve. 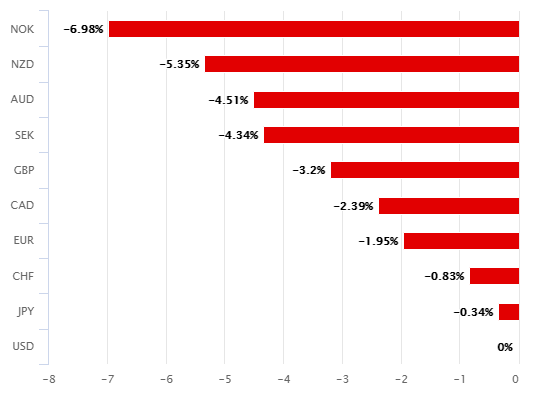 October's decision by the Bank of Canada (BoC) to reorient its own quantitative easing programme toward longer-term bond yields provides a template for the kind of shift that Fed policymakers could be envisaging.

Meanwhile, the subsequent Canadian Dollar performance could provide the greenback with a precedent to follow in the coming months. The Loonie has fallen steeply against some other major currencies in the month since late October, while eking out gains over only the lower yielding and supposed safe-havens like the Japanese Yen, Swiss Franc and the U.S. Dollar.

"Against the majors, most of the reasons for USD bearishness this year are already in the price. Real and nominal UST yields have stabilized, as have spreads to other core sovereign bonds," says Bipan Rai, North American head of FX strategy at CIBC Capital Markets. "A lower USD is still the consensus trade, but the rationale for it has become far less compelling. Indeed, we’d need to see another round of stimulus – both on the monetary and fiscal ends to induce further downside against the majors. That’s not impossible, but the scale will have to be larger than it was in the spring and that’s a tall order." 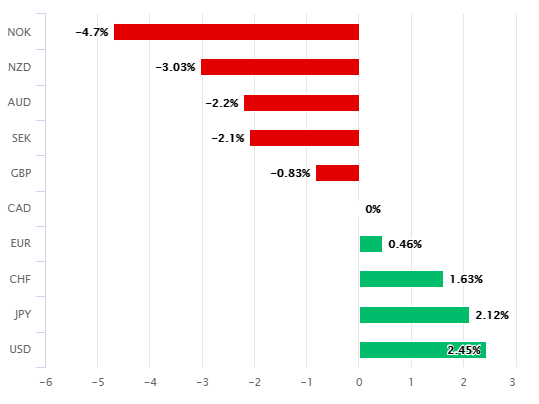