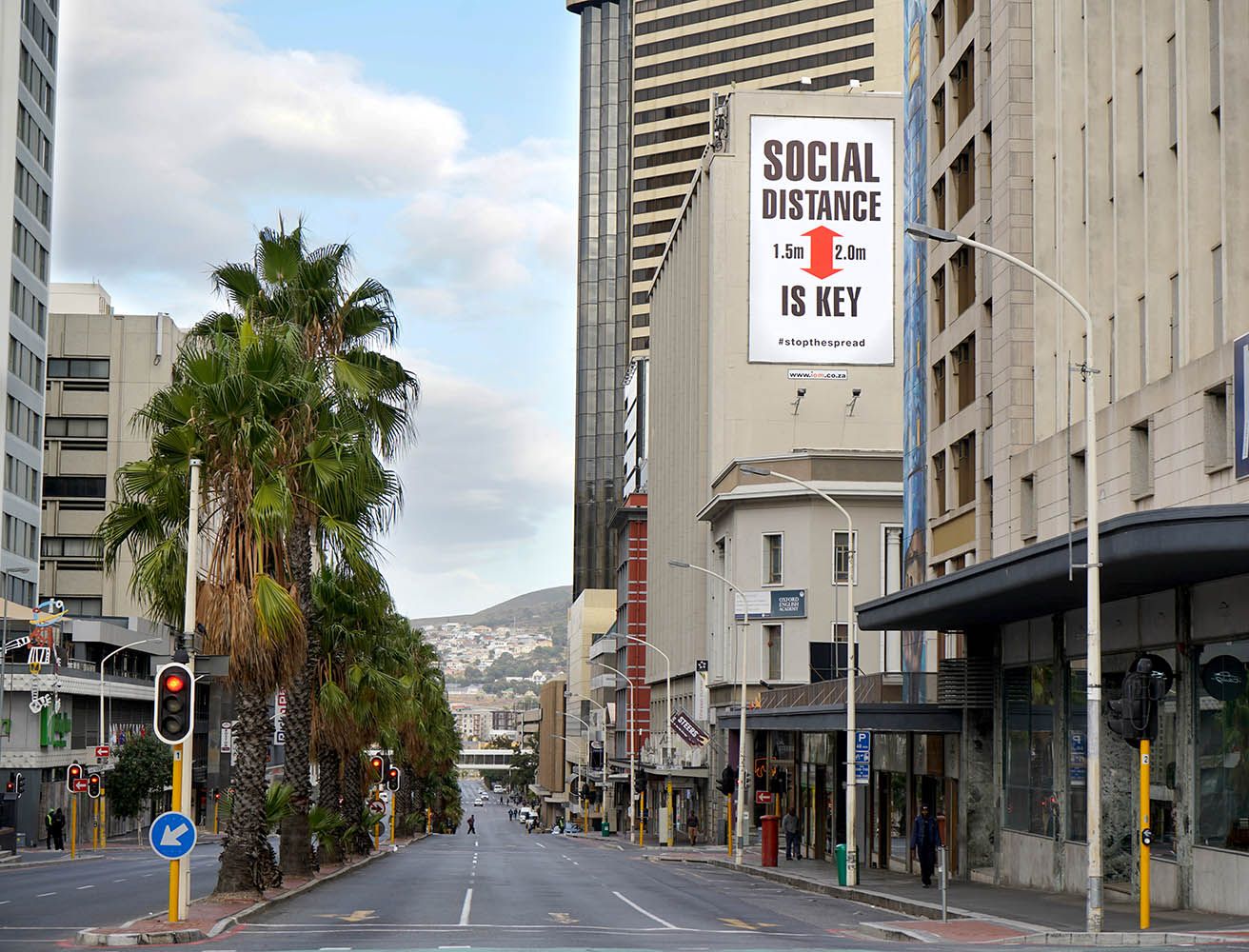 The Rand rose in leaps and bounds on Wednesday and often alongside broad measures of the U.S. Dollar although the South African currency remains fragile, according to multiple analysts, and a further recovery is far from assured.

South Africa's Rand was one of the big winners in the emerging market currency space on Wednesday, trailing only the beaten and bruised Turkish Lira as the two troubled developing world units lifted off recent lows, leading the Rand to clock a one-week high against the greenback.

Some of the falls in USD/ZAR came alongside increases in the Dollar Index and declines in EUR/USD, a continuation of a recent trend that's sometimes seen mostly reliable correlations disrupted, although the Pound-to-Rand rate fell harder than USD/ZAR on Wednesday due to losses in GBP/USD.

"The story of August, so far, is that while the NZD is the only G10 currency to be down against the dollar (keeping our short NZD/JPY trade moving in the right direction), the fragile three high-beta EM currencies (TRY, ZAR and BRL) have suffered much more," says Kit Juckes, chief FX strategist at Societe Generale. "Countries that are over-dependent on foreign capital inflows, and are no longer supported by super-attractive interest rates, remain vulnerable and will be until the global economic outlook improves." 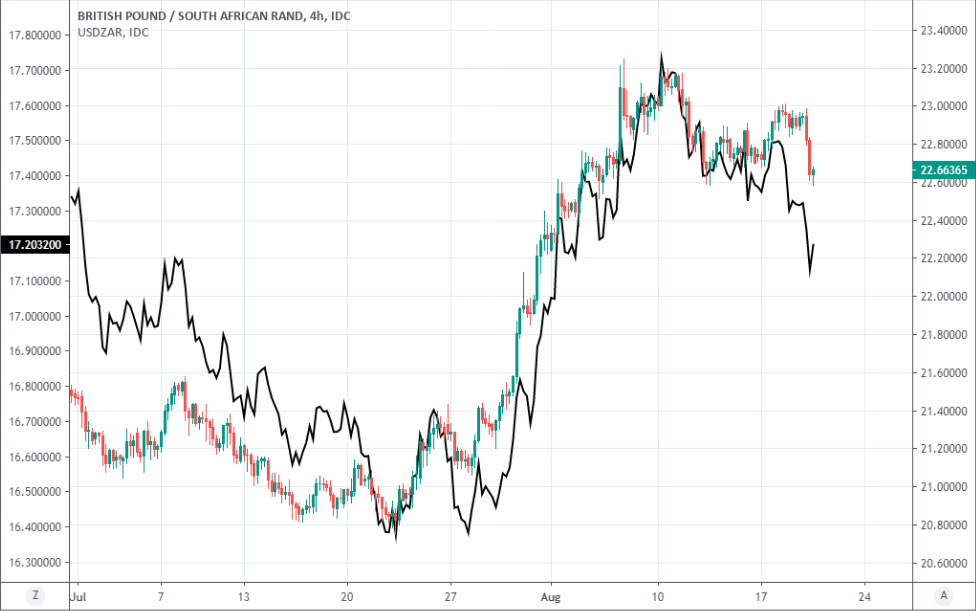 August is often full of woe for so-called risky currencies of emerging and developed world economies alike including the UK although, unlike Sterling, the Rand hasn't been left unscathed by what are said to be typically lower transaction volumes and reduced appetite for risk in the summer months.

The only consistency between this year's price action and what are said to be typical seasonal trends, is weakness in emerging market currencies but especially those of South Africa, Turkey, Brazil and Russia.

Outside those emerging markets, the U.S. Dollar has dropped like a stone and the Euro has gone through the roof, taking even the Brexit-blighted Pound Sterling along for the ride with it more often than not.

Juckes and others say this results from a greatly impaired yield offering to investors which, when combined with various investment risks that are unique to the emerging market economies in question, has necessitated lower prices or in other words a steeper discount for the relevant currencies.

"We see little reason for this playbook to change near term," says Shahab Jalinoos, head of FX strategy at Credit Suisse. "We can imagine a scenario of USD weakness against G10, combined with relative health in global equity markets, being beneficial to EM as a whole. For example, we can see USDCNH soon breaching our 6.90 target to have a run at January lows around 6.85, now the immediate threat from the postponed US-China trade talks has passed. But we advise against excessive generalization and would not look to trade general USD direction by buying “laggards” without a thorough appreciation for the idiosyncratic risks in play in many EM currencies." 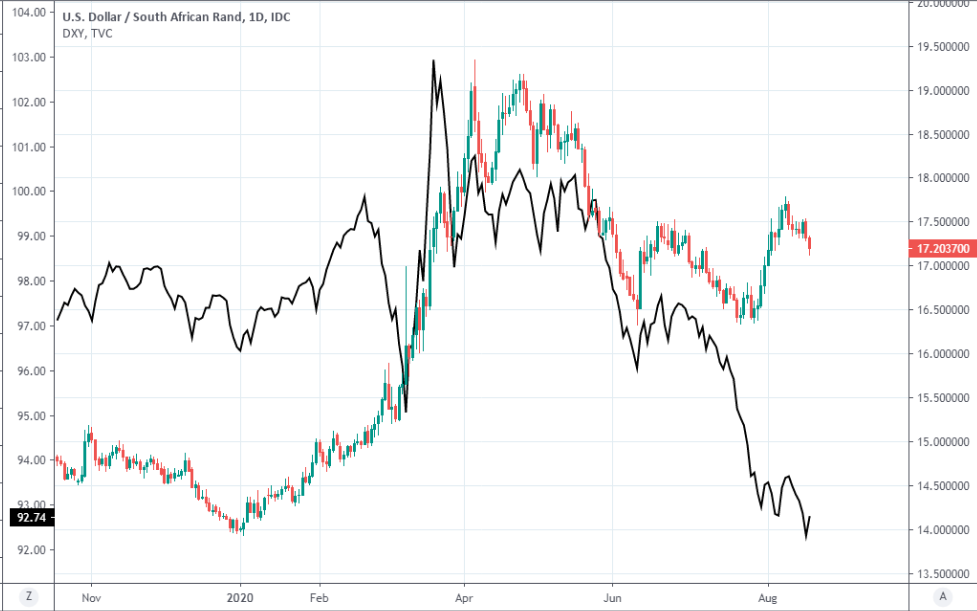 South Africa's Rand sold off sharply against the Dollar and Pound during late July and early August, as the Euro-to-Dollar rate rose through the roof and the Dollar Index turned lower, but has been recovering since August 10 and often in line with the greenback. Price action has coincided closely with that seen in the Turkish Lira and for this reason, if no other, the Rand might be volatile ahead of the weekend given there is a Turkish interest rate decision due on Thursday.

Some in the market expect Turkish rate hikes to bring to an end in the months ahead, to a long cycle of rate cuts that's reduced the cash rate from 24% in January 2019 to 8.25% in 2020. This has crushed investors' real, inflation-adjusted returns from Turkish bonds.

Turkey's central bank will announce its latest policy decision at 11:00 and both positive as well as negative surprises could impact GBP/USD and EUR/USD. Any movements in those exchange rates, especially large ones, would be almost certain to show up in the emerging market currency space too. But once beyond Thursday and in the months ahead, local analysts see USD/ZAR holding in a rough 16.50-to-17.50 range that's been a good guide to the tops and bottoms of the Rand in recent weeks.

"The Rand has not been alone: most recently, investor concerns around Turkey may have played a role for EM high-yielders that, like ZAR, scan as sensitive, on an empirical basis, to Turkish assets," says Kamakshya Trivedi, a global macroeconomic and emerging markets economist at Goldman Sachs. "Zooming out further, the Rand is also not unique in experiencing a 2020 cutting cycle that has eroded its real rate and carry: this dynamic has contributed to the broad underperformance of EM high-yielders since the late-March market trough. However, much of the Rand’s underperformance may be attributable to domestic factors, including disappointing activity data, and concerns around coronavirus management and the prospects for structural reforms." 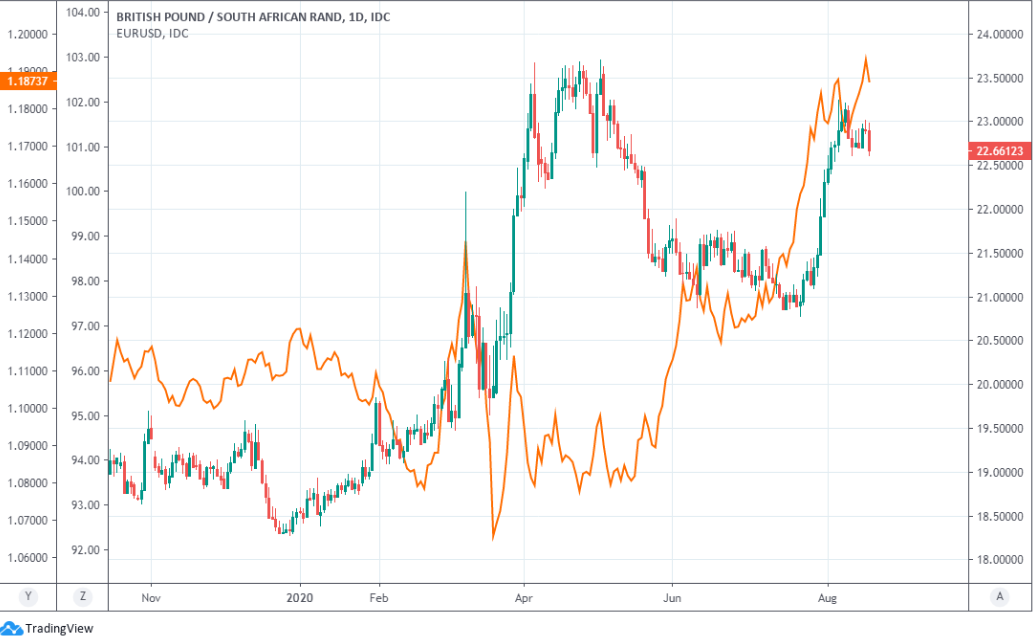