The Pound-to-Dollar rate drew a line under earlier losses in one of its best performances since May last week but may go further over the coming days if Friday’s message from the Federal Reserve (Fed) sends Dollar bulls into retreat during what is a busy period for U.S. economic data and a holiday-shortened week for the UK.

Pound Sterling rose more than one percent against the Dollar in one of its strongest weekly advances for months ahead of the weekend despite also seeing its largest one-week declines of the year against currencies like the Norwegian Krone, New Zealand Dollar and Australian Dollar.

This was testament to both the scale of the U.S Dollar’s losses as well as the extent to which the latest batch of UK economic data has hobbled, temporarily at least, what was previously the best performing currency in the G10 segment of the foreign exchange market.

“Powell's comments are less cavalier than some of his FOMC peers like Bostic, Kaplan, Bullard (to name a few). The USD has responded accordingly. We think this could extend into next week, particularly as we expect payrolls to disappoint relative to consensus. Indeed, the dollar remains sensitive to the ebb and flow of data,” says Mazen Issa, a senior FX strategist at TD Securities.

The Dollar slumped across the board ahead of the weekend following a keynote speech from Federal Reserve Chairman Jerome Powell at the Jackson Hole Symposium - an annual get-together for central bankers, related professionals and academics - but had also seen broad losses heading into the event as global markets recovered from earlier declines and the associated bid for the safe-haven Dollar unwound. 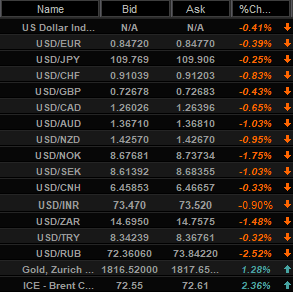 This week is a quiet one for the UK economic data but offers a series of important U.S. figures that culminates in the release of August’s non-farm payrolls report on Friday at 13:30, although it remains to be seen if these will provide the same level of stimulation for the Dollar as they have done in recent months, given the implications of last Friday’s speech from Chairman Powell.

“News that progress was being made towards a taper later this year was tempered by the fact the Delta variant had not (yet) hit US growth too sharply plus a reminder that the test for the first Fed tightening would be ‘substantially more stringent’ than that used for tapering,” says Chris Turner, global head of markets and regional head of research for UK & CEE at ING. “That latter point has seen investors nudge lower expectations of the first Fed tightening in late 2022 and has been a key factor weighing on the dollar.”

Powell disclosed that he was one of the majority of participants in July’s Federal Open Market Committee meeting who thought it could become appropriate to announce as well as commence the process of winding down the Fed’s quantitative easing programme later this year, offering confirmation of a likelihood that had lifted the Dollar in recent weeks and acted as a headwind for the Pound as well as other currencies.

Chairman Powell was however, also explicit last Friday when emphasising that a decision to wind down the Fed’s mammoth bond buying programme does not mean an initial increase in its main interest rate is any closer, seemingly disheartening segments of the market that had grown more confident since last month’s meeting that it could raise rates by the end of next year. 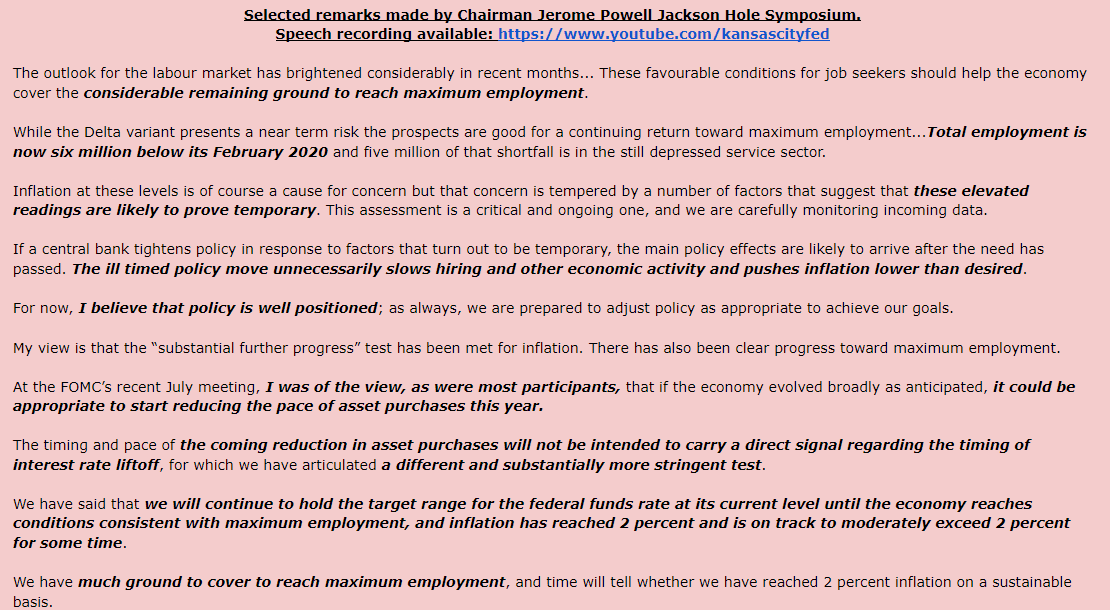 Above: Selected remarks from Chairman Jerome Powell’s speech titled “Monetary Policy in the Time of COVID”.

“With tapering now largely priced in, and the currency stronger as a result, following through with the process should not drive the Dollar higher from this point forward. We therefore expect the greenback to stabilize over the coming weeks, and possibly depreciate against certain crosses with attractive domestic fundamentals,” says Zach Pandl, co-head of global foreign exchange strategy at Goldman Sachs.

Powell also noted on Friday that there’s still six million Americans unemployed as a result of the pandemic and reminded the market that more of these jobs will need to be recovered for the bond buying programme to actually be wound down, before emphasising that recovering all of the lost jobs is a prerequisite for any eventual interest rate rise, which is why Friday’s non-farm payrolls report will garner so much attention.

“We expect the general tone of the August data to remain positive, albeit a bit less upbeat than the July data. Following back-to-back gains of 938,000 and 943,000, we look for the growth in nonfarm payrolls to have cooled somewhat in August to 525,000 and for the unemployment rate to have “only” ticked down 0.1 point to 5.3% (after 0.5 point drop in July),” says Kevin Cummins, chief U.S. economist at Natwest Markets.

“Other items of note include ISM surveys, consumer confidence and auto sales in August. We look for some pullback in each of those measures, too,” Cummins writes in a Friday briefing. 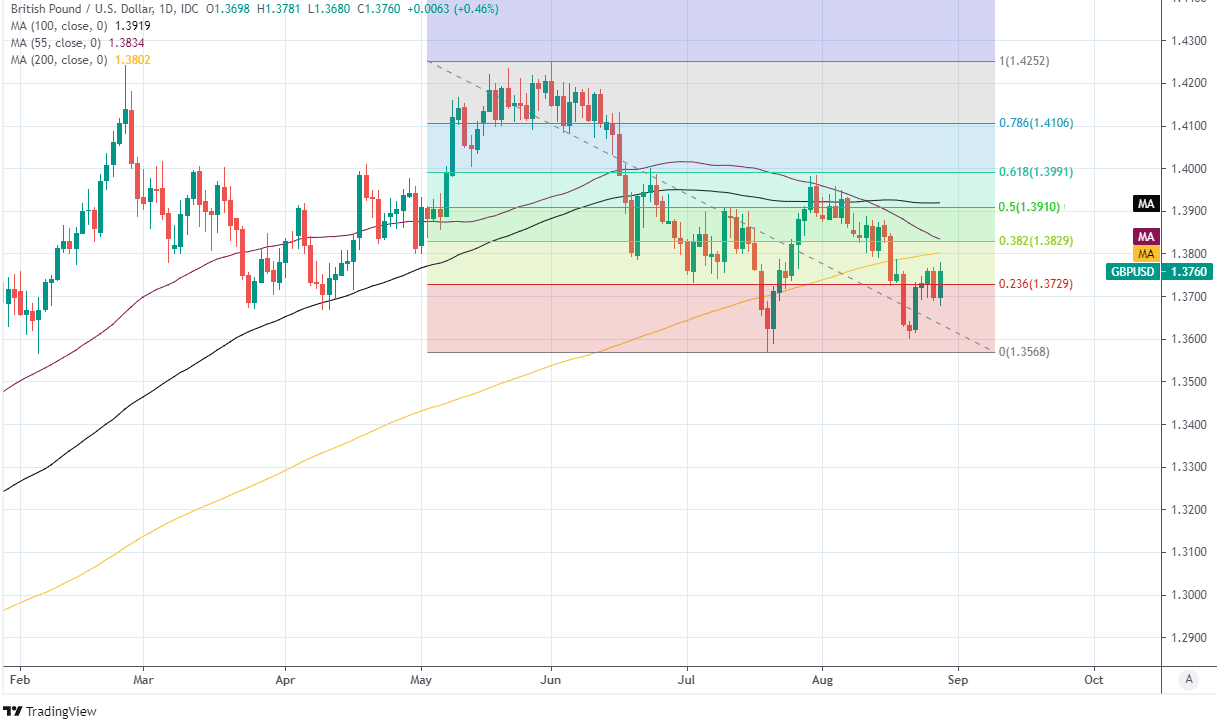 Above: Pound-Dollar rate shown at daily intervals with major moving averages and Fibonacci retracements of June decline each indicating possible areas of resistance that could potentially slow or frustrate any GBP/USD recovery.

Consensus looks for the U.S. economy to have created or recovered from the coronavirus some 750k new jobs in August, a lesser amount than the 943k seen in the prior month but one that is still greater than even the pandemic averages seen previous to the third-quarter.

But before those are out investors will look for clues about the continuing pace of growth in Tuesday’s Institute for Supply Management (ISM) Chicago PMI, which measures business conditions in America’s third largest city economy, and in Wednesday’s ISM Manufacturing PMI as well as Friday’s highly important ISM Services PMI.

Last month these all indicated the pace of U.S. growth accelerated this quarter, although Friday’s job report is arguably the most important because along with inflation developments, it’s the pace of labour market recovery that guides the Fed's pending decisions in relation to its quantitative easing programme and interest rate policy.

While stronger-than-expected data could potentially arrest the Dollar’s declines, it remains to be seen if the greenback would garner the same upward impetus from them as it has done since June when the Fed first signalled that a change in its monetary policies could be on the horizon.

Meanwhile, and given the bank has tied any future policy steps to improvements in the job market, it’s possible that disappointing numbers would weigh further on the Dollar and lift the Pound-to-Dollar rate.

"In June, a better tone in the USD was triggered by the hawkish tilt by the FOMC. This put paid to cable’s [GBP/USD] attempt to make headway above the 1.42 level at the start of that month. During the course of the current quarter cable has traded mostly within a 1.36 to 1.40 range, with the latter level currently appearing to be some distance away. Whether cable can return to 1.40 before the end of this year likely depends on how the Fed and the BoE perceive inflation risks," says Jane Foley, head of FX strategy at Rabobank. "We see risk that GBP/USD1.40 could remain just out of reach in the months ahead." 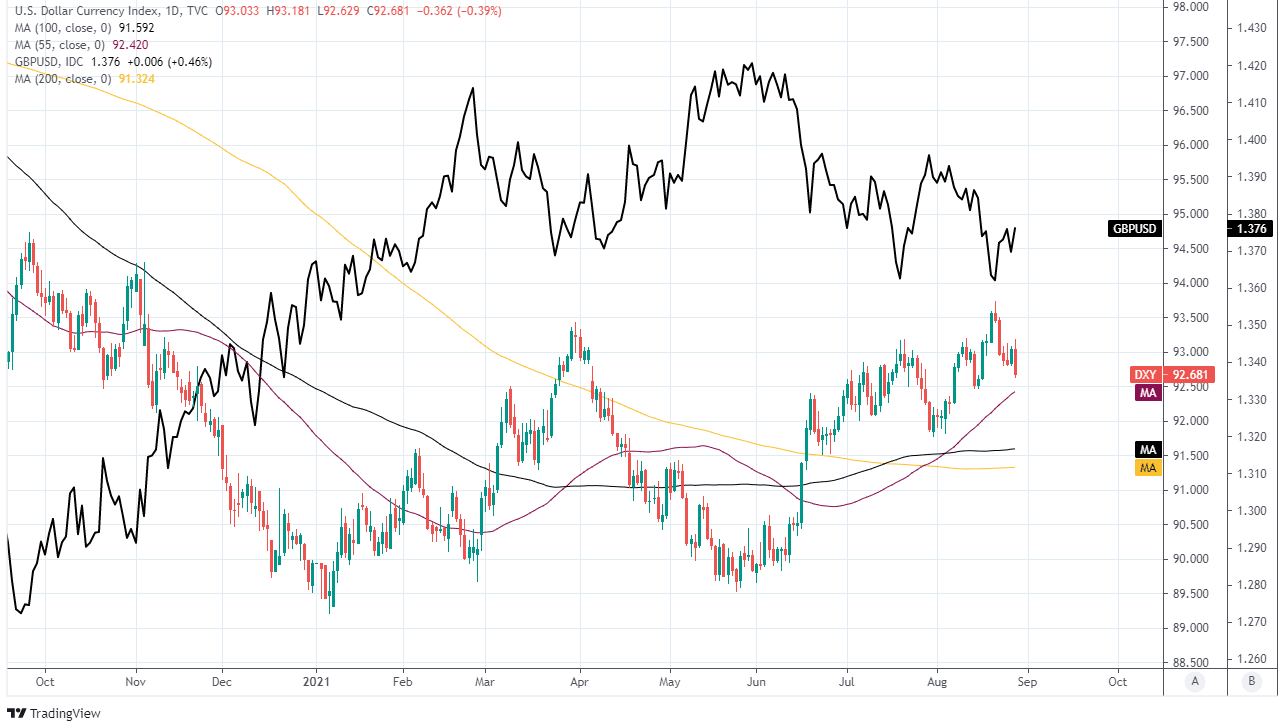