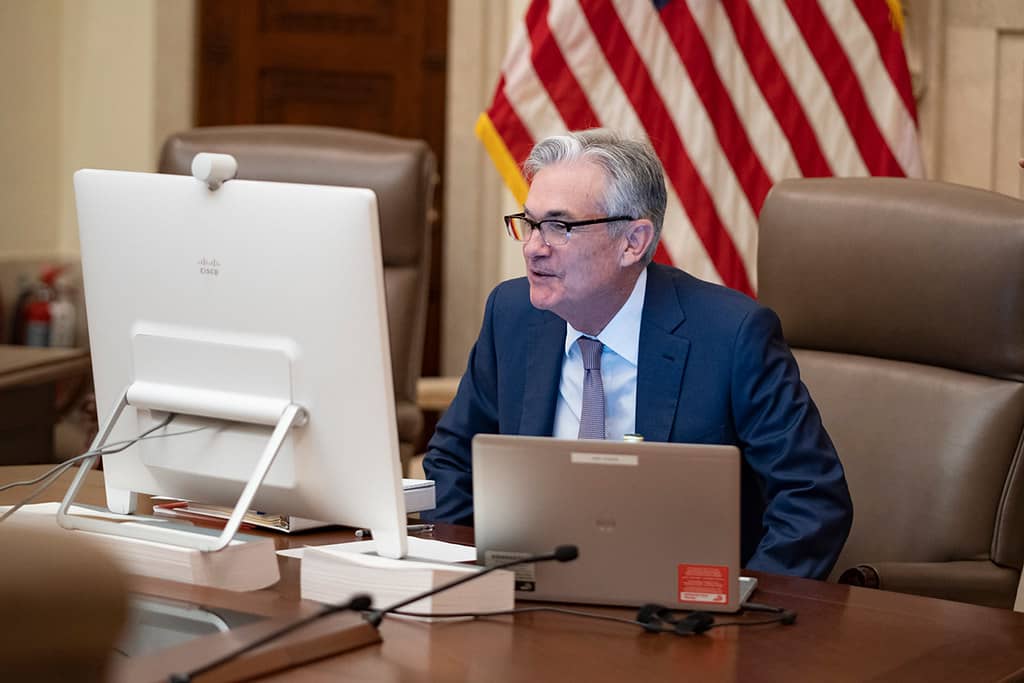 The British Pound was bid against the Dollar, Euro and a host of other currencies ahead of the weekend as the Federal Reserve signalled it would remain patient and continue offering support to the economy over coming months.

The Dollar fell sharply and stock markets rose after Federal Reserve Chair Jerome Powell told the Jackson Hole Symposium that while the Fed would likely start winding down its asset purchase programme in 2021 (tapering quantitative easing) this would not mean interest rates would rise soon after.

Indeed, the gap between when the Fed intends to end quantitative easing and when rate rises would occur seems to be a great deal wider than the market had anticipated.

This mismatch between market expectations and Fed communication should pressure the yield paid on U.S. bond yields lower, in turn depriving the U.S. Dollar of support.

The Pound-to-Dollar exchange rate popped by over half a percent to trade at 1.3766 in the half hour following the release of Powell's address to the Jackson Hole Symposium.

GBP/USD's outperformance of EUR/USD meanwhile allowed the Pound-to-Euro exchange rate a 0.20% advance to take it back to 1.1674. 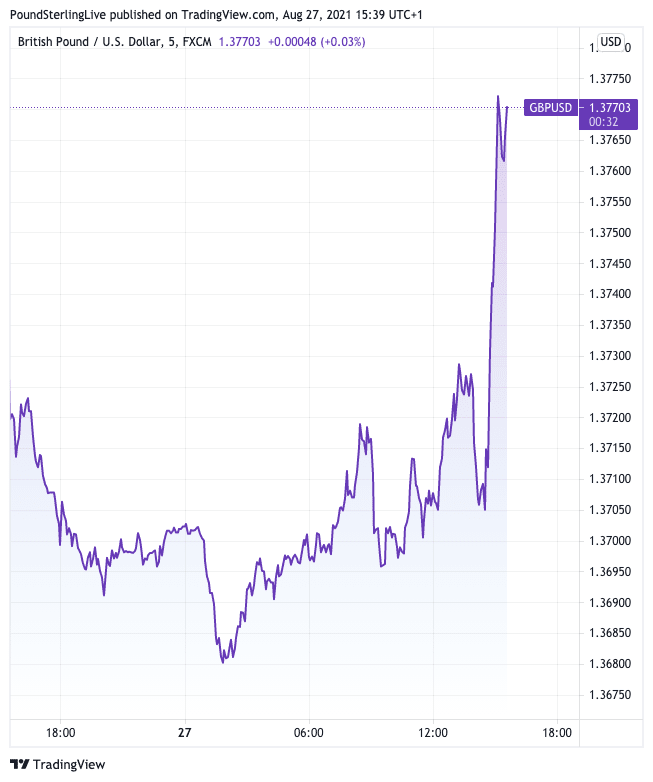 Rising stock markets signal a firm 'risk on' tone to investor sentiment as the month-end approaches, and as Pound Sterling Live have reported at length this week, these are the kind of conditions that lend themselves to GBP upside against the likes the EUR, USD, CHF and JPY.

But losses are coming against those currencies that absolutely thrive when investors are bullish: the Australian, Canadian and New Zealand Dollars, as well as Emerging Market currencies such as the Rand.

Powell confirmed tapering would occur by year-end, but there was no clear indication as to whether the cut to quantitative easing would occur in November or December.

The Fed has had at various points in 2021 said should the labour market improve substantially and inflation breach 2.0% the conditions for a taper will have been met.

"My view is that the "substantial further progress" test has been met for inflation," said Powell. "There has also been clear progress toward maximum employment."

We reported ahead of the event that analysts were of the view that Powell's signalling on whether a a November or December taper was important, with a November taper being bullish for the Dollar.

But, ultimately the timing is now less relevant in the grander scheme as the Fed will sit back once the taper is complete and bide its time before raising interest rates.

"The timing and pace of the coming reduction in asset purchases will not be intended to carry a direct signal regarding the timing of interest rate liftoff, for which we have articulated a different and substantially more stringent test," said Powell.

Kit Juckes, Head of FX Research at Société Générale explained in a note out ahead of the Jackson Hole speech that the market was expecting a more rapid march to a rate rise once tapering had been completed:

"If the taper is formally announced in November and starts in December, they will be ‘done' in July , can hint at rate hikes at Jackson Hole and the first rate move could happen as early as Q4 2022. At a pinch. If they announce a taper formally at the September FOMC and start in October, they could be done in May could raise rates before the Summer."

Ultimately the Fed and the market were misaligned in their expectations on the outlook for U.S. interest rates.

For the Dollar bulls, this miscalculation has proven costly.