- 2nd cut expected in September, even after CPI and payrolls rebound.

- ING says Fed unlikely to deliver all the cuts expected by the market.

The Dollar drew support Thursday from official figures that showed inflation rising faster than was expected during June, potentially leading some investors to conclude that elevated consumer price pressures could prevent the Federal Reserve (Fed) from cutting its interest rate as much as markets expect.

U.S. inflation rose 0.1% in June, according to the Bureau of Labor Statistics, when consensus had been for no change. This wasn't enough to prevent the 12-month inflation rate declining to 1.6%, from 1.8% previously, but there was also an upside surprise in the core inflation number.

Core inflation, which is seen as a truer measure of domestically generated price pressures because it ignores volatile commodity items like energy and food, rose 0.3% last month when markets were looking for just a 0.2% gain. That saw the 12-month rate hold steady at 2.1%.

This was the 11th month in a row that core inflation has been reported in line with, or above, the Federal Reserve's target of 2%. Although the bank's preferred measure of price pressures, the personal consumption expenditures price index, has been stuck in a 1.5%-to-1.6% range for much of 2019 after falling late last year.

"While the Fed has spoken about the risks of a more persistent downside miss to its inflation target as a reason to ease, we believe those risks are tied to their worry that a sustained growth slump is coming," says Avery Shenfeld, chief economist at CIBC Capital Markets. "Powell's fairly clear leaning to cutting rates now still signals a quarter point cut this month, with today's firmer core reading just one more reason why a 50 bp cut in July is much more unlikely." 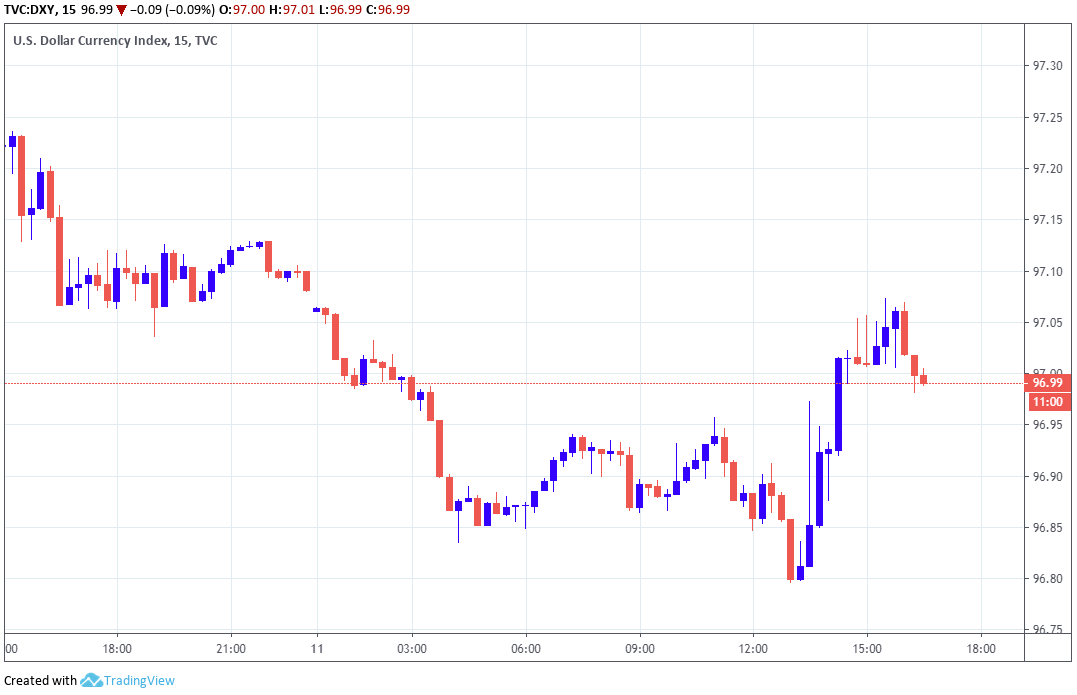 "If last Friday’s strong payroll report and a pause in the US-China trade war post-G20 didn’t change the Fed’s thinking on a July cut, we doubt today’s modest upside surprise on core inflation will do the job," says Josh Nye at RBC Capital Markets.

Thursday's figures were released hard on the heels of Federal Reserve Chairman Jerome Powell's appearance before Congress Wednesday, which saw the head of the Fed board hint to lawmakers that the bank is likely to cut its interest rate at the end of the month. The Fed Funds rate is currently 2.5%.

"Jerome Powell’s testimony and the FOMC Minutes released yesterday basically re-affirmed the Fed’s party line that increased trade tensions, slowing global growth and low inflation are the drivers that are going to force them to begin a new rate cutting cycle later this month," says Erik Bregar, head of FX strategy at Exchange Bank of Canada. "Sterling has galloped over 100pts higher since Powell re-affirmed the bond market’s desire for rate cuts." 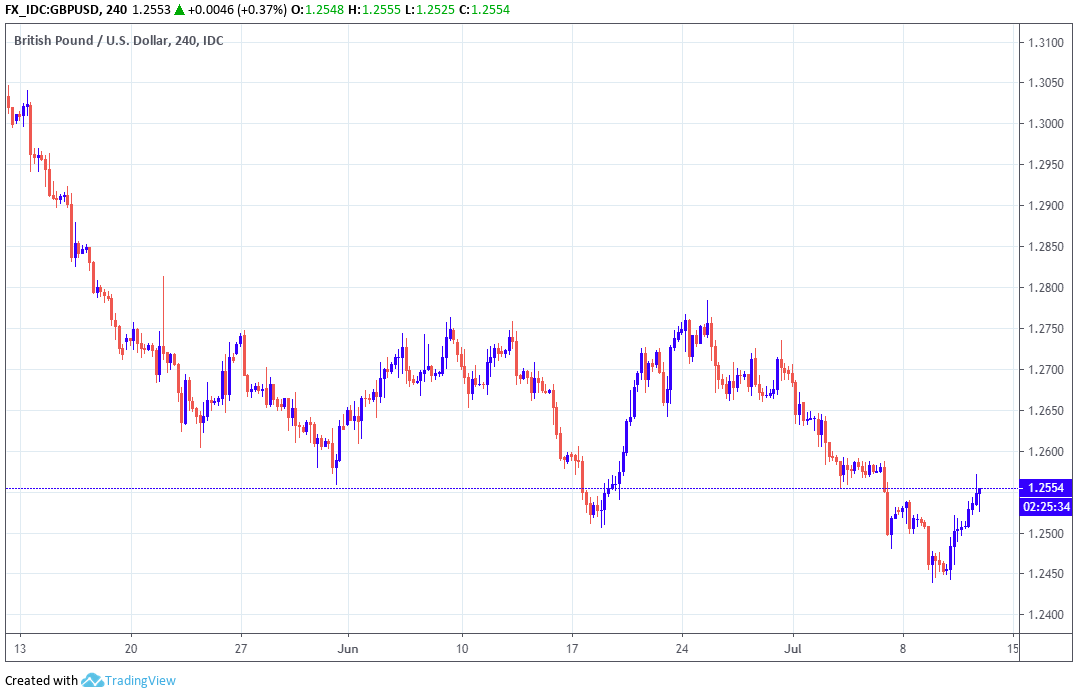 Powell's testimony followed weeks of intense speculation in the market that the U.S. central bank would soon slash borrowing costs for companies and consumers in order to fend off an economic slowdown that some say has been a long time coming, but that has been made more likely by the 2019 escalation of the U.S. trade war with China.

Some surveys have suggested the manufacturing sector is creaking under stress from the trade war with China, with U.S. firms contending not only with the cost of President Trump's import tariffs but also a deterioration of the global economy that is threatening domestic and international demand. Those were followed in June by a payrolls report that showed the economy creating a paltry 75k new jobs during the previous month, which stoked fears of a turn for the worse in the labour market.

However, U.S. GDP growth actually picked up in the first quarter for the first time in five years, and official data covering the three months to the end of June will not be released until August. Markets expect those figures to reveal a notable deceleration in the pace of growth for last quarter.

"The statement also offered some positives and sounded more balanced than market moves initially suggested. The line “our baseline outlook is for economic growth to remain solid, labour markets to stay strong and inflation to move back up over time” to 2%, suggests to us that any rate cuts will be precautionary and tentative," says James Knightley, chief international economist at ING Group. "This doesn’t suggest that the Fed is seriously contemplating the 100bp of rate cuts that financial markets are currently expecting by the end of 2020." 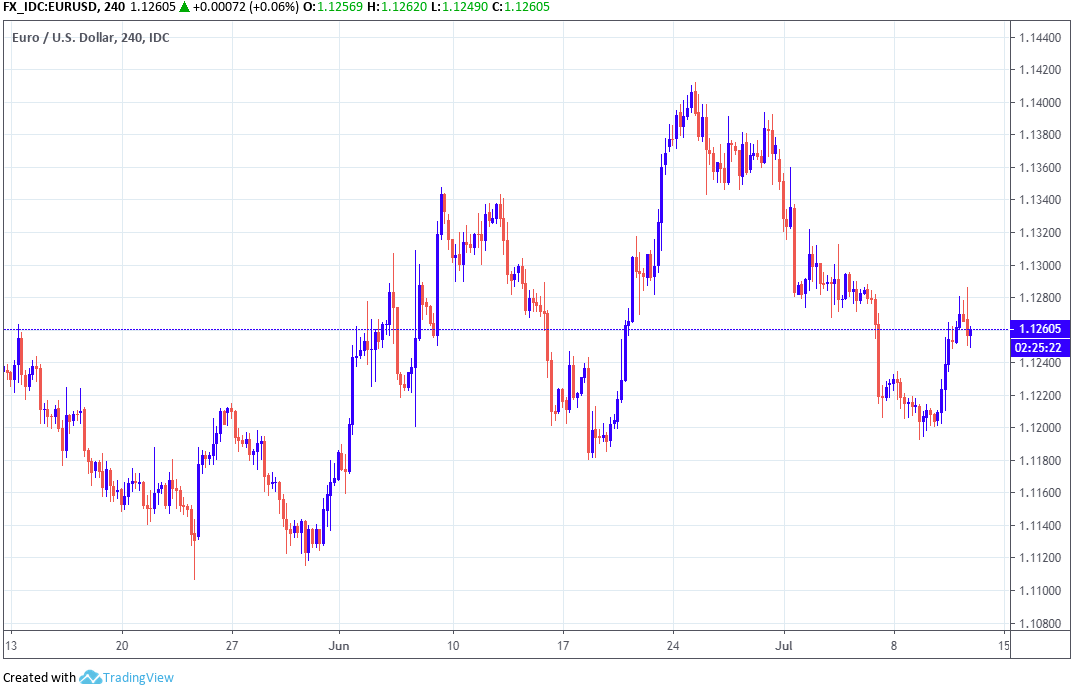 The Fed lifted U.S. borrowing costs four times in 2018, leaving the Fed Funds rate range at its current 2.25%-to-2.5%, boosting the appeal of U.S. assets in the process and helping to lift the Dollar by 4% against rivals that year.

It's raised rates nine times since the end of 2015 but with the growth-boosting effect of 2018's mammoth tax cuts now wearing off and the U.S.-China trade war hurting business confidence and investment the world over, the Fed is gearing up to cut rates in an effort to support the economy.

Fed Chairman Jerome Powell said in a June speech the bank would do whatever is necessary to sustain the current U.S. economic expansion but that policymakers shouldn't respond to developments that might turn out to be temporary, which could have been a reference to either a 2019 fall in inflation or that month's payrolls number. The comment could have also referred to both.

However, Thursday's data suggests Powell could have been right to describe this year's fall in inflation as "temporary" and the July payrolls report has already revealed a strong rebound in jobs growth. Both of these factors could undermine the case for interest rate cuts but neither of them are enough to have analysts or the market revise their calls for an interest rate cut on July 30.