The Dollar softened even further on Wednesday after core-durable goods orders data surprised on the downside for the month of January and as unease over the UK's departure from the European Union ebbed further from previously elevated levels.

Durable goods orders rose by a handsome 0.4% in January, which adds to a 1.3% gain from December, when markets had been looking for a decline of -0.4%. However, the increase was largely the result of gains in the volatile aircraft orders segment.

Core-durable goods orders, which provide a better reflection of underlying trends in investment by removing aircraft orders from the data, fell by -0.1% when consensus had been for a 0.1% increase. That partially reverses an upwardly-revised 0.3% gain from the previous month.

"Aircraft were a helper in the headline 0.4% gain for durables, with ex-transport orders still -0.1%," says Avery Shenfeld, chief economist at CIBC Capital Markets. "Non-defense capital goods ex-aircraft managed to record only it second positive figure in the past six months, climbing 0.8%. That leaves the last three months down 5.3% annualized from the prior 3 months, pointing to weakness in capital spending ahead."

Markets care about the goods orders data because it provides a telling insight into companies' willingness to invest in equipment, and therefore their short-term outlook for the economy. Durable goods orders are an important component of business investment, which is a key input in the calculation of GDP.

Insights into the extent that demand is either rising or falling are important for markets that are seeking to estimate economic growth within a given period, which is important for both the inflation and interest rate outlooks.

Wednesday's uninspiring numbers may have come as a slight surprise to the market but some economists had anticipated the result. Ian Shepherdson, chief U.S. economist at Pantheon Macroeconomics, and CIBC's Shenfeld both say capital spending by American companies will decline in the coming months.

"Our default position for core durable goods orders over the next few months is that they will fall, sharply," Shepherdson writes, in a note to clients. "To be clear, that means we expect an absolute decline in the level of orders, not just a slower rate of growth."

Shepherdson says a recent collapse in Chinese import orders is behind his latest forecasts, presumably because China's economy has been damaged in the last year by a trade tariff fight with President Donald Trump's White House.

The U.S. economy grew by 2.9% in 2018 but 0.4 percentage points of that growth was the result of increases in equipment spending by companies, according to Shepherdson. That increase is now likely to unwind.

Many recent U.S. economic figures have pointed toward a slowdown in growth over the coming quarters, at a time when the Federal Reserve (Fed) is growing cautious about the outlook and more reluctant to raise its interest rate.

"The equipment spending component of business fixed investment in GDP probably will fall too," Shepherdson says. "For the first quarter, though, we expect a modest outright decline, for the first time in three years." 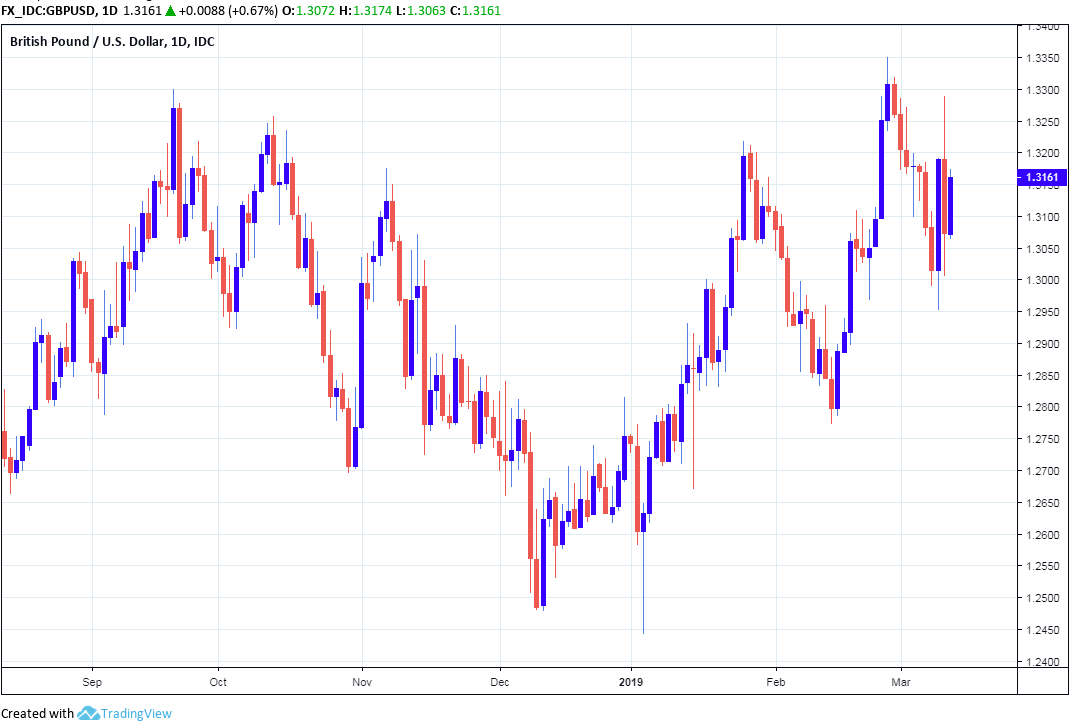 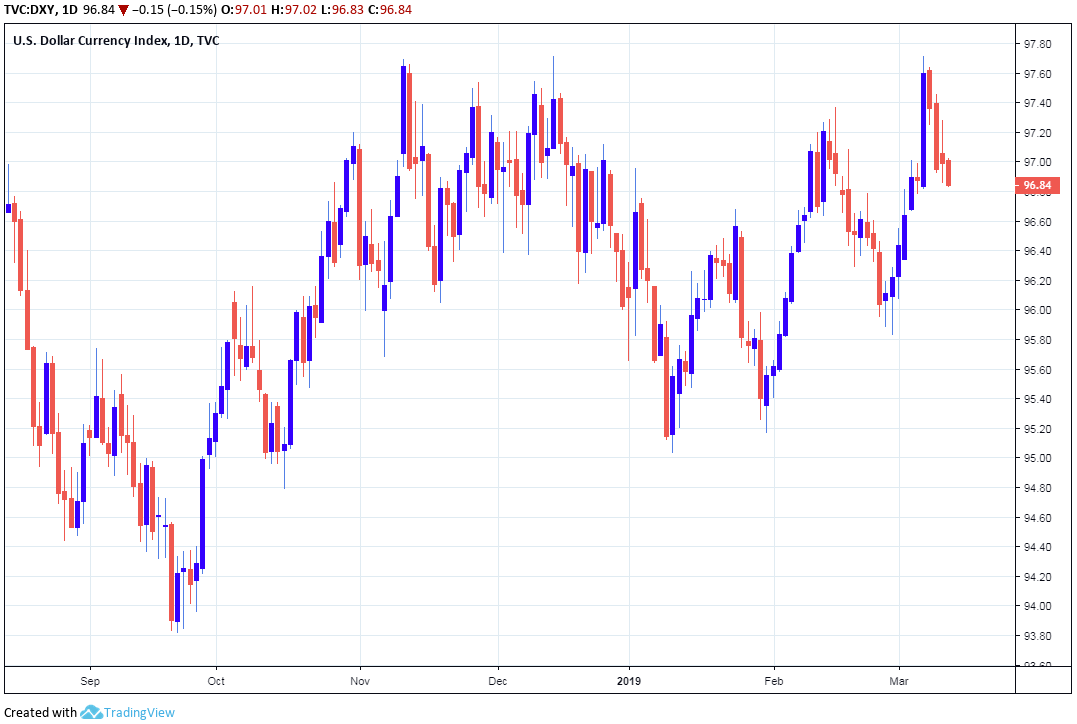 Wednesday's price action comes a day after official data revealed a surprise fall in core inflation during the February month, which was seen by economists as something that would lessen the case for the Federal Reserve to raise its interest rate this year.

That came after retail sales numbers showed the U.S. economy shifting into a lower gear early in the New Year, although the deceleration is in line with what has been observed elsewhere in the world.