- USD capitulates in risk off market after inflation surprises on downside.

- But a dire global outlook means USD to remain dominant for while yet.

The greenback capitulated close to range highs and slipped lower Tuesday after inflation surprised on the downside for the month of February, vindicating investors for having bet earlier this year that an end to the Federal Reserve (Fed) interest rate hiking cycle is nigh.

U.S. inflation rose by 0.2% in January, in line with economist forecats, although this still served to drag the annualised rate of price growth lower by 10 basis points to 1.5%. The outcome for the annualised rate is slightly better than the 1.4% economists had been looking for.

However, and on the downside, core inflation rose by just 0.1% in February when consensus had been for a gain of 0.2%. That pushed the annualised rate of core inflation down to 2.1% when markets had looked for it to remain unchanged at 2.2%.

A 0.7% fall in the price of used cars and zero percent change in the cost of medical care during February, following a period of consistent strong gains in the latter, were behind the decline in consumer price pressures during the recent month.

"Tame readings for recreation and medical care contributed to that outcome. Medical care gets an even larger weighting in core PCE prices, which should remain below the 2% Fed target.  Slightly supportive for fixed income markets," says Avery Shenfeld, chief economist at CIBC Capital Markets.

Core inflation removes volatile energy and food items from the consumer goods basket and so is seen as providing a better reflection of domestically generated price pressures, which are what is important for questions around interest rates.

Interest rate decisions are only normally made in response to changes in the inflation outlook but impact currencies because of the influence they have over capital flows and short-term speculators.

"With headline CPI inflation edging down to a two-and-a-half-year low of 1.5% in February, from 1.6%, and core inflation dropping to a four-month low of 2.1%, from 2.2%, the Fed would appear to be justified in supporting the real economy by being patient and leaving interest rates on hold for a potentially extended period," says Paul Ashworth, chief U.S. economist at Capital Economics.

Ashworth and the Capital Economics team say the U.S. economy is currently enjoying its last day in the sun and that slowing growth, as well as falling inflation pressures, will force the Federal Reserve to begin cutting its interest rate some time in 2020. However, others have different views.

"We expect core inflation to remain steady at 2.1-to-2.2% over the next few months, but the message from the NFIB survey is that it will rise the second half of the year, likely breaching 2.5% by year-end. At that point, we think wage growth will be at or above 4%, posing awkward questions for the Fed if rates have remained at their current level," says Ian Shepherdson, chief U.S. economist at Pantheon Macroeconomics. 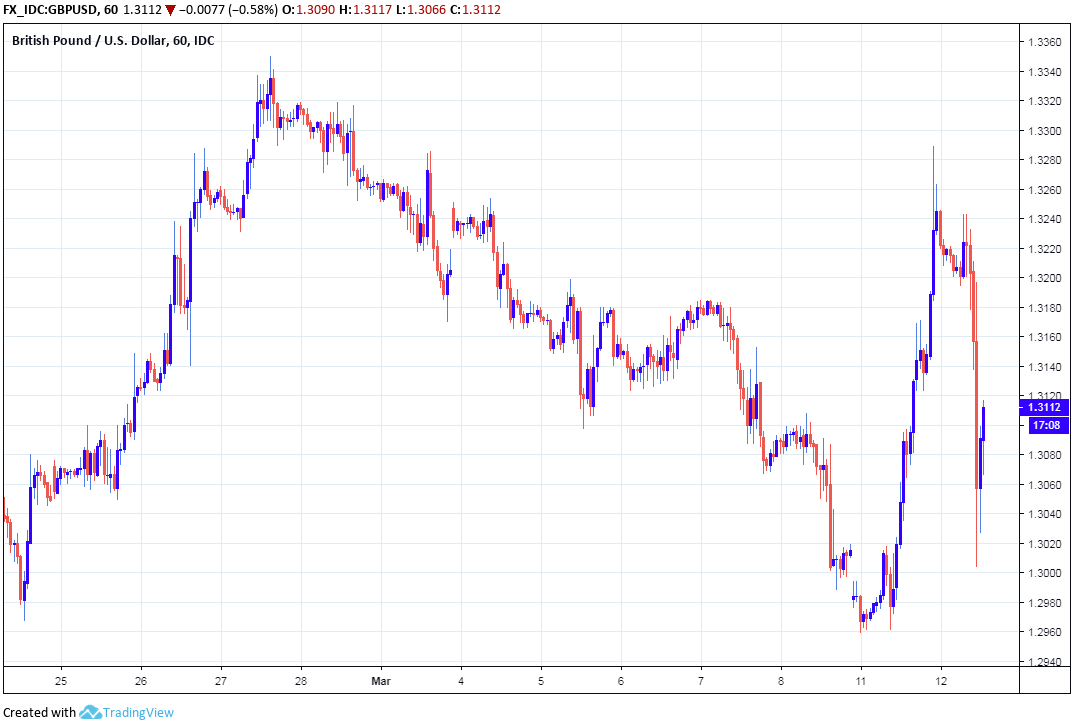 The greenback was higher against all G10 currencies other than the safe-haven Swiss Franc and Japanese Yen ahead of the release, but was down against everything other than the Pound and Swedish Krone following the report.

"USD has enjoyed a decent bid following the ECB-dovish pivot last week, but the global macro impulse has been sorely lacking, suggesting that regardless of the outcome US CPI will not do much to shake the dollar's stranglehold in the G10 at the moment," says Michael Hanson, head of macro strategy at TD Securities, in a note to clients ahead of Tuesday's release. 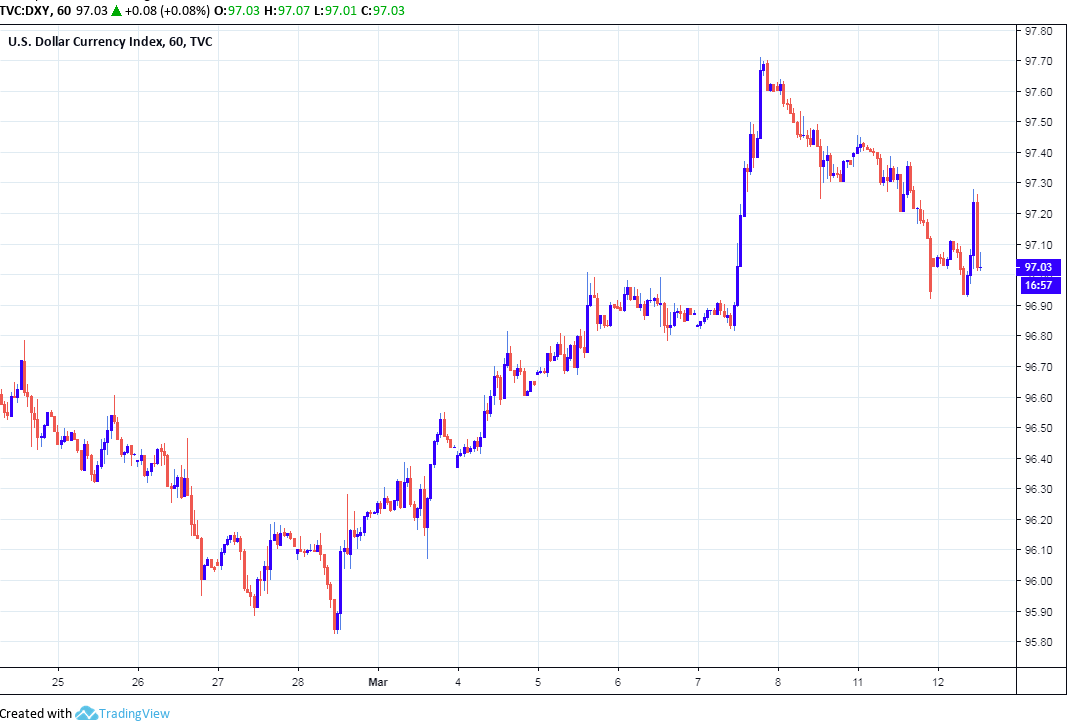 Tuesday's capitulation and slide lower is notable because it comes in a risk-off market that had seen the Dollar buoyed by events in Westminster, London, where analysts are looking for clues as to whether MPs will be succesful later this week in preventing a so-called no deal Brexit from occuring on March 29.

"For a change the dollar is playing second fiddle to events in Europe, where Brexit dominates," said Chris Turner, head of FX strategy at ING Group, in a note to clients ahead of the inflation figures' release.

Tuesday's data comes a day after retail sales numbers showed the U.S. economy shifting into a lower gear early in the New Year, although the deceleration is in line with what has been observed elsewhere in the world.

In short, many recent U.S. economic figures have pointed toward a slowdown in growth over the coming quarters, at a time when the Federal Reserve is growing cautious about the outlook and more reluctant to raise its interest rate.

"If a US-China trade deal results in the removal of the tariffs introduced last year, that would introduce an additional source of disinflationary pressure. In short, the Fed can safely ignore the minimal risk of a breakout in inflation above its 2% target," says Ashworth of Capital Economics.

A new record was set today when it was reported 3.2 million Americans applied for unemployment support in the week ending March 21, which was well above the 1.7 million that markets were expecting, a number that amounts to more than 2% of the employed population.

The Dollar was left reeling on Wednesday as the promise of a $2 trillion virus-related aid package for American companies and households stoked global risk appetite and encouraged and unwinding of the great dash for cash that was seen earlier in March, a process that is tipped by some analysts to continue for a while yet.