The Dollar extended losses Monday after a retail sales figures for the month of February appeared to confirm the economy has shifted down a gear in recent months, strengthening some economists' convictions that the Federal Reserve (Fed) interest rate hiking cycle is now over.

Retail sales rose by 0.2% in February, which is better than the 0% growth anticipated by the market but not enough to make a dent in the downwardly-revised -1.6% fall seen back in December. Figures for January have not been and will not be released, due to the government shutdown of that month.

Core retail sales rose by 0.9% in February, which was far ahead of the consensus for growth of 0.4%, although again the upside surprise doesn't even come close to reversing the downwardly-revised -2.1% fall seen in December.

The core number excludes car sales because of their large purchase price and the distorting impact they have on underlying trends in sales. For that reason, markets tend to place more emphasis on the core number.

"While that appears to be a decent gain, it comes off of a downwardly-revised December print (now -2.3% vs. -1.7% prev.) which leaves the three-month annualized rate of sales in negative territory," says Katherine Judge, an economist at CIBC Capital Markets, of the core number.

The data matters for the greenback because of what it might mean for growth of the U.S. economy this year, which is important in light of the January monetary policy shift by the Federal Reserve.

Sales data provide insight into the likely pace of growth in a given period and momentum within an economy is an important determinant of inflation.

"The government shutdown in January means that there could be a further rebound in sales ahead as people returned to work and received paychecks again," Judge adds. "For now, it appears that consumer spending will only see modest growth in Q1, assuming a further rebound in the months ahead."

The U.S. government closed in January after a political dispute over funding of certain projects left federal agencies unable to pay staff, although the shutdown has had an impact on the collection of economic data too.

Retail sales fell by a show-stopping -1.2% in December, more than reversing a downwardly-revised 0.1% reading from November, when economists had looked for a 0.1% gain for the final month of the year.

The core retail sales number fell even further. So large were the declines, and so out of sync with other data covering different parts of the economy for the same period, economists were reluctant to take the numbers seriously.

However, the figures released Monday appear to suggest that at least some of the decline in December's sales was the result of weakness in the underlying economy, rather than just simply disrupted data collection.

"The robust core January numbers make sense, given that we didn’t believe the terrible-looking December numbers. But December sales have been revised *down* by a few tenths, and are now even further short of the strength evident in the Redbook chainstore sales survey," says Ian Shepherdson, chief U.S. economist at Pantheon Macroeconomics. "The official data are subject to endless further revisions, and we remain of the view that eventually they will be revised higher." 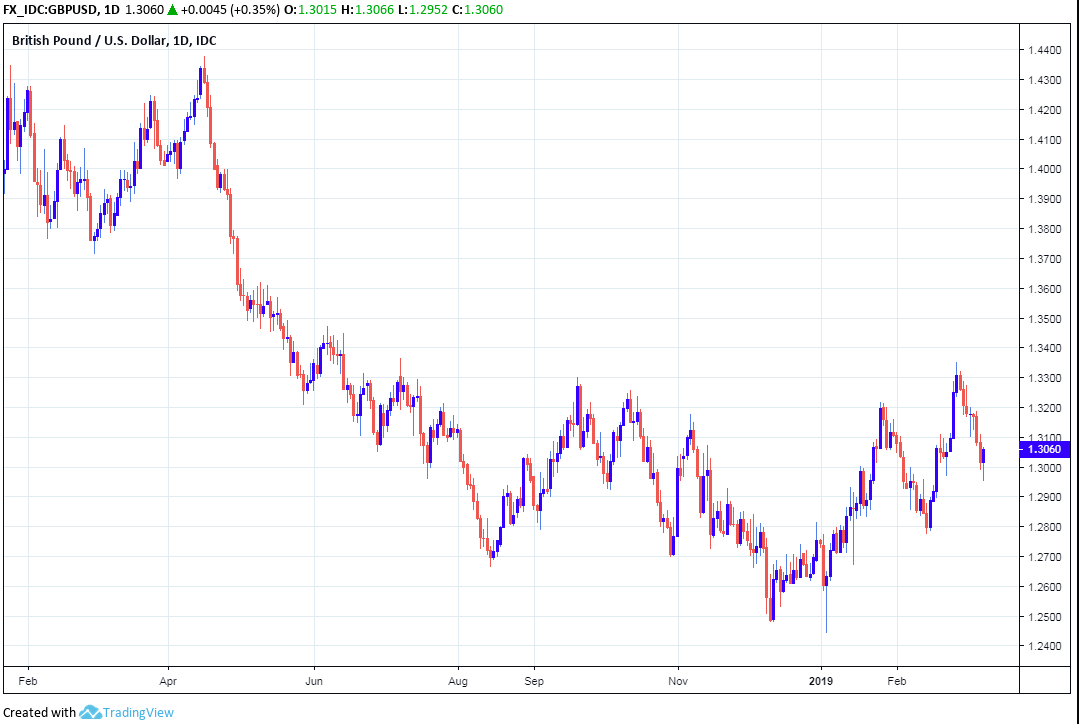 The Dollar index was quoted -0.09% lower at 97.29, with the greenback's gains and losses spread out almost evenly across the G10 basket. The Dollar was lower against most G10 rivals following the release, after having traded higher against half of the basket ahead earlier in the session. 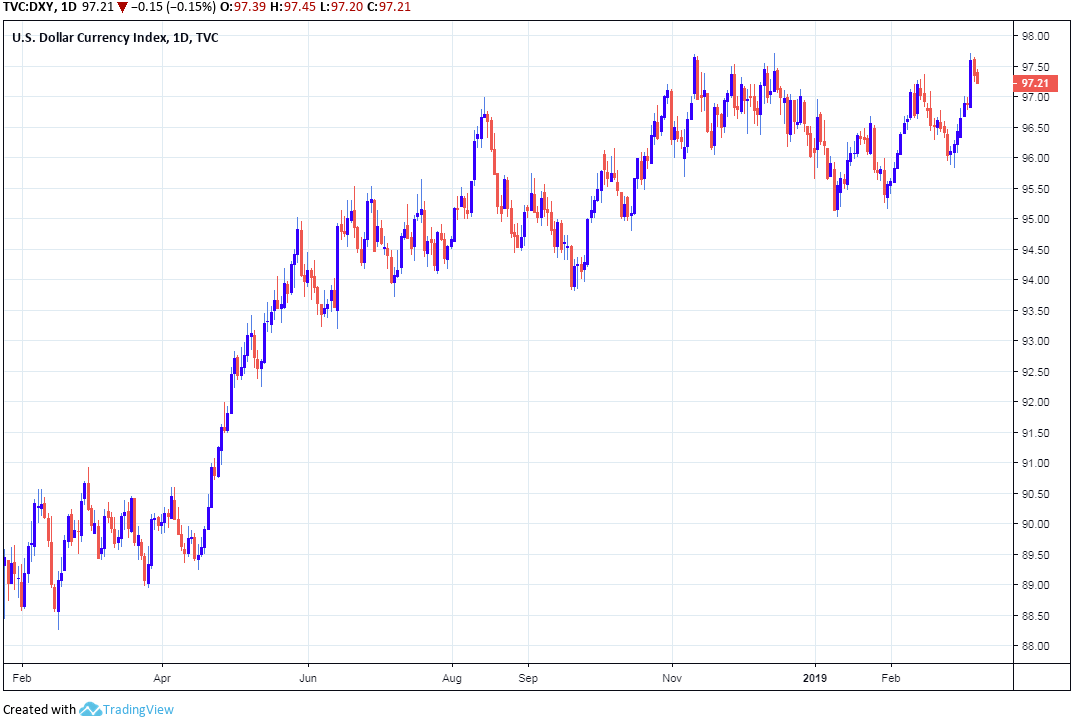 "Control group retail sales growth is on course to remain unusually weak in the first quarter. Along with the weakness in vehicle sales, that suggests real consumption growth will slow further in the first quarter and supports our forecast that GDP growth is set to slow to below its 2% potential pace," says Andrew Hunter, an economist at Capital Economics. "Along with the weak February payrolls data released last week, this reinforces our view that the Fed will not raise interest rates at all this year."

Monday's data matters for the greenback because of what it might mean for growth of the U.S. economy this year, which is important in light of the January monetary policy shift by the Federal Reserve.

Retail sales numbers come just a day ahead of the latest inflation figures, which are expected to show consumer price pressures remaining elevated thus far in 2019, which could yet prove sufficient enough to entice the Fed off the sidelines sooner or later.

"We expect the dollar to remain bid against the low yielders this week and risk assets to reclaim some of their recent losses," says Chris Turner, head of FX strategy at ING Group. "Our team look for a bounce back in Retail Sales (January) and Industrial Production (February). This should question what’s currently priced into the US money market curve, where the market currently sees a 20bp decline in the Fed Funds rate by end 2020."

In short, many recent U.S. economic figures have pointed toward a slowdown in growth over the coming quarters, at a time when the Federal Reserve is growing cautious about the outlook and more reluctant to raise its interest rate.

"Better US activity data this week, plus February core CPI continuing at 2.2% YoY should see US rates firm and probably send the heavily G7-weighted DXY through strong resistance in the 97.70 area. Our preference here is that USD/JPY can climb back to the 112.20 area," says ING's Turner.