"Make no mistake, the RBNZ is not just signalling a recession, it’s forecasting a downturn on a similar scale to the Global Financial Crisis" - Westpac 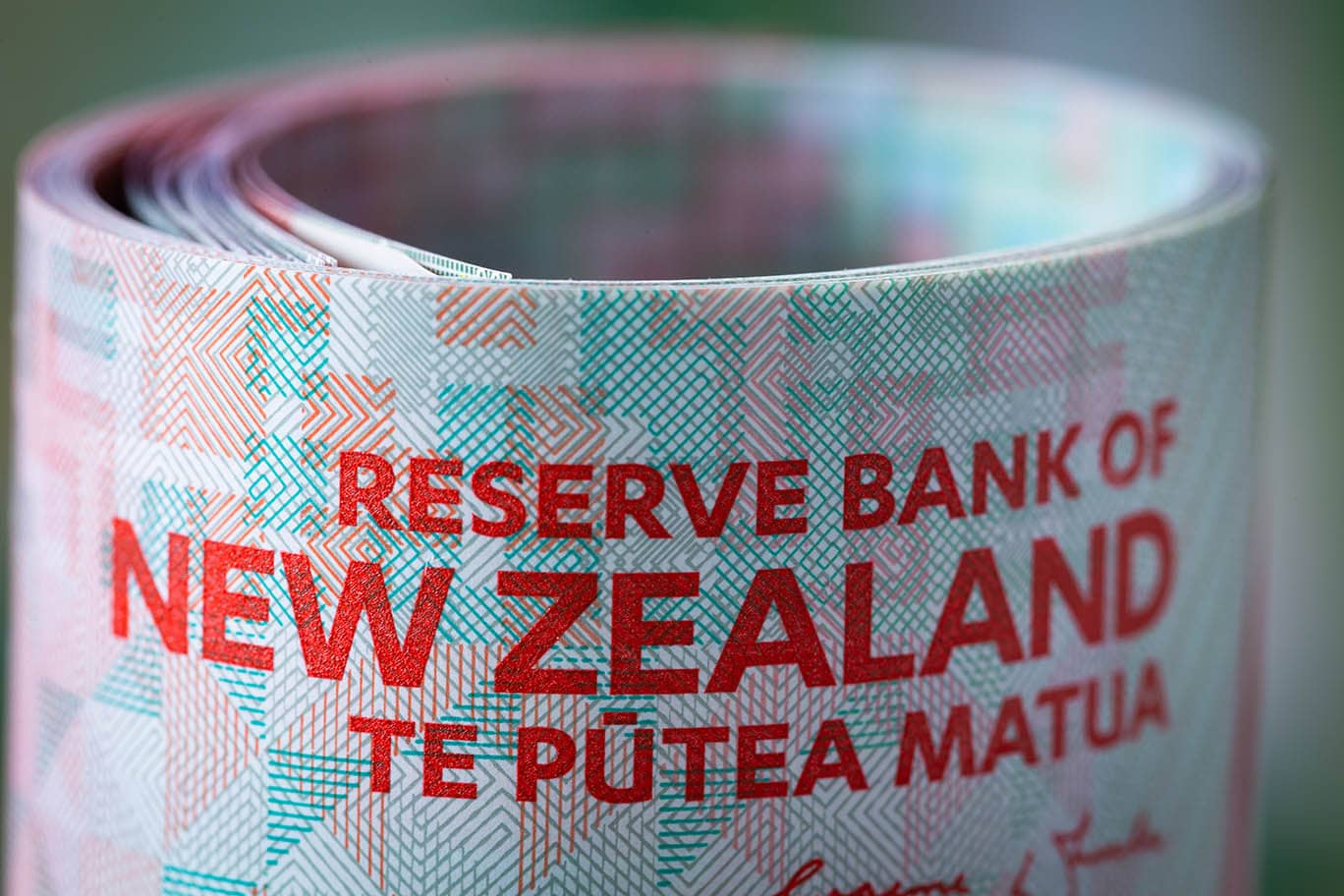 New Zealand's Dollar rose most currencies in the G20 basket on Wednesday as financial markets digested new RBNZ forecasts suggesting the Kiwi cash rate is likely to be raised above five percent in the coming months, from 4.25% this week, as part of the bank's response to persistently high inflation.

Kiwi inflation has remained above seven percent for two quarters while the core inflation rate, which overlooks energy and food prices, has held above six percent and piled pressure onto a central bank responsible for keeping it within a one-to-three percent range.

"The committee agreed that the OCR needs to reach a higher level and sooner than previously indicated to ensure that inflation returns to within its target range over the medium-term," RBNZ Governor Adrian Orr said at the opening of Wednesday's press conference.

Governor Orr told reporters following the decision that inflation is no one's friend and that spending within the economy would need to fall in order to reduce back to the targeted level before warning New Zealanders to expect a period of economic contraction that is likely to begin in the second half of next year.

New Zealand's economy is currently expected to shrink by around one percent in response to further increases in a cash rate that the RBNZ expects to lift as far as 5.5% over the coming quarters, with the bulk of the remaining increases likely to come sooner rather than later.

"We are very eager to get to a position where we can watch worry and wait and we can feel confident that inflation will be worn down. Inflation is no one's friend and so we want to get there sooner and that's why you're seeing such a steep forward path," Governor Orr told reporters.

Some economists forecast inflation to push the RBNZ into going further than even it itself suggested on Wednesday while other factors beyond local interest rates also matter when it comes to the outlook for the Kiwi Dollar.

Hence the nuance in analyst views on what Wednesday's decision and forecasts are likely to mean for the Kiwi currency up ahead, some of which are set out in part below.

"With that new terminal rate, the RBNZ projects its terminal rate as being higher than any other country save the US, which it views as having a similar terminal rate."

"On the AUDNZD axis, NZD appreciated to a new cycle low in the pair of 1.0750. We view that as a tremendous bargain because we're pretty sure that the relative long-term flows picture will eventually push that cross back up to the 1.20s (where it was the last time global oil prices were consistently this high in the 2010 to 2014 period)."

"It is probably still too soon to enter the trade. Perhaps that point will come in Q2 or so of 2023, when the RBNZ is decelerating its pace of rate hikes because it is approaching terminal while the RBA is accelerating because it has become apparent it wasn't aggressive enough."

"I suspect that while there may be a bit more to wring out of the situation here, we are very likely at peak hawkishness from the RBNZ in relative terms to other central banks."

"The RBNZ was one of the first G10 central banks to cease and desist with QE and begin hiking rates and the impact on NZ economic growth will mount aggressively in coming months."

"AUDNZD, for example, has also been helped lower not just by RBNZ hawkishness, but by the Aussie’s greater sensitive to the frustration over China’s now-you-see-it, now-you-don’t reopening process."

"We remain doubtful that the RBNZ will ultimately deliver this much tightening and tolerate such a sharp house market contraction, but for now, it remains a clear hawkish standout in the developed market."

"NZD/USD has staged a swift rebound after defending 2020 trough in recent downtrend. It has consolidated recent gains in a tight range. Daily MACD is within positive territory which denotes upward momentum is regaining."

"Following hawkish RBNZ outcome, AUD money markets are pricing 72% odds of 25bp by the RBA meeting on 6 December and 100bp over 12 months."

"The developments provide a further tailwind for the New Zealand dollar in the nearterm. Even prior to today’s RBNZ policy update the NZD had been the best performing G10 currency over the past month as it has reversed YTD losses alongside the reversal in US dollar strength."

"The next key resistance level for the NZD/USD rate is provided by the 200-day moving average that comes in at just above the 0.6300-level."

"Most market participants were thinking they were going to hike 75bps but some had 50bps, so the fact that they were considering 100 and also raised OCR to 5.5% makes this a very hawkish result. They also all but welcomed a stronger NZD by indicating the weaker NZD was hurting terms of trade for NZ."

"The press conference was also relatively upbeat indicating strength in the underlying economy still and expectations of further growth in tourism among other things."

"Our ASB colleagues expect an additional 125bp of tightening will be delivered to take the cash rate to a peak of 5.5% by April 2023.  In contrast, market pricing suggests a peak of around 5.0%.  As a result, NZD can lift if markets price a more aggressive tightening cycle in line with our view."

"The RBNZ was hawkish because committee members discussed raising the cash rate by 100bp.  The RBNZ now predicts New Zealand will enter recession in 2023.  The prospect of a recession is unsurprising because the RBNZ has now tightened monetary policy by more than any other central bank under our coverage."

"There were good reasons to expect the RBNZ to pick up the pace this time, compared to the 50 basis point increases that we’ve seen at prior reviews."

"And moving ‘at pace’ remains the watchword – a literal read of the published OCR track would require another 75 basis point hike at the next review in February, and a further 50 basis points in April."

"Given the RBNZ’s inclinations (and it’s not clear what would come along in the next few months to dissuade them from this) we’ve adopted the same forecast for the near term, with a peak OCR of 5.5% in April next year."

"We acknowledge the scale of the challenge that the RBNZ faces in breaking the cycle of rising prices and wages. But for the first time in a while, we’re also thinking about the risk that the RBNZ could end up overcooking it on the inflation front."

"We now expect OCR cuts to begin in early 2024, six months earlier than we did previously. Those rate cuts are both earlier and faster than what the RBNZ is projecting."

"Make no mistake, the RBNZ is not just signalling a recession, it’s forecasting a downturn on a similar scale to the Global Financial Crisis – different causes, but similar consequences."