"We think this decision will ultimately be NZD supportive on the grounds that the RBNZ’s track points to the OCR coming to rest above where markets expect the US Fed Funds rate to peak (markets are pricing in a 5.08% peak)" - ANZ Research 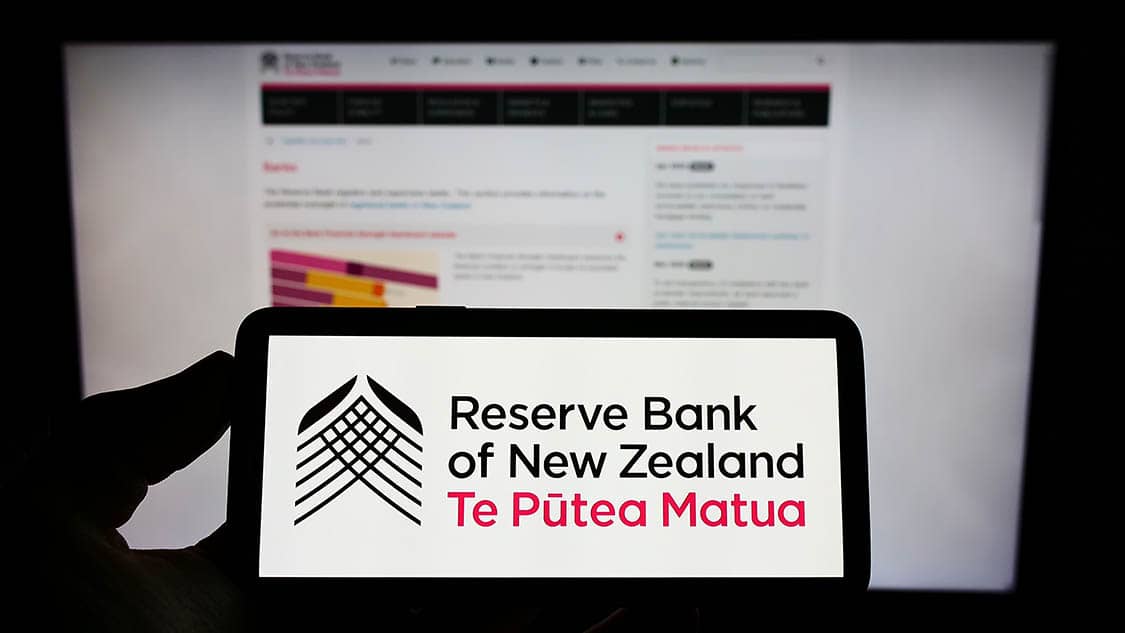 The New Zealand Dollar popped higher on Wednesday and turned GBP/NZD lower from the week's highs after the Reserve Bank of New Zealand (RBNZ) came across as its most hawkish yet when warning that interest rates still have a long way left to rise if inflation is to be returned to its target.

New Zealand's Dollar rose against most comparable counterparts after the RBNZ lifted its cash rate by three quarters of a percentage point for the first time in line with economist and financial market expectations but surprised hawkishly when saying it had considered lifting it by a full percentage point.

Wednesday's decision left the cash rate sitting at 4.25% in an outcome that matched the consensus expectation but came as hawkish surprise for the minority of economists who'd looked to see the RBNZ raising borrowing costs by a lesser half percentage point increment.

Few, if any had gone so far as to expect that the RBNZ would entertain a one percent increase or that it would revise up its estimate of how high borrowing costs will ultimately have to rise in order to ensure that annual inflation returns to within its one-to-three percent target band.

"Increases of 50, 75 and 100 basis points were considered. The Committee discussed the relative merits of maintaining consistent increments in the OCR versus moving more quickly to reach the higher level of the OCR required," the RBNZ said in a statement annuoncing the decision.

"Members highlighted that the cumulative tightening of monetary conditions delivered to date continues to pass through to the economy via the lagged transmission to effective retail interest rates," the bank also said.

The RBNZ cited a resilient domestic economy as well as recent data showing inflation and expectations of inflation rising further as well as faster than the bank and many private sector forecasters had anticipated thus far in the second half of the year. 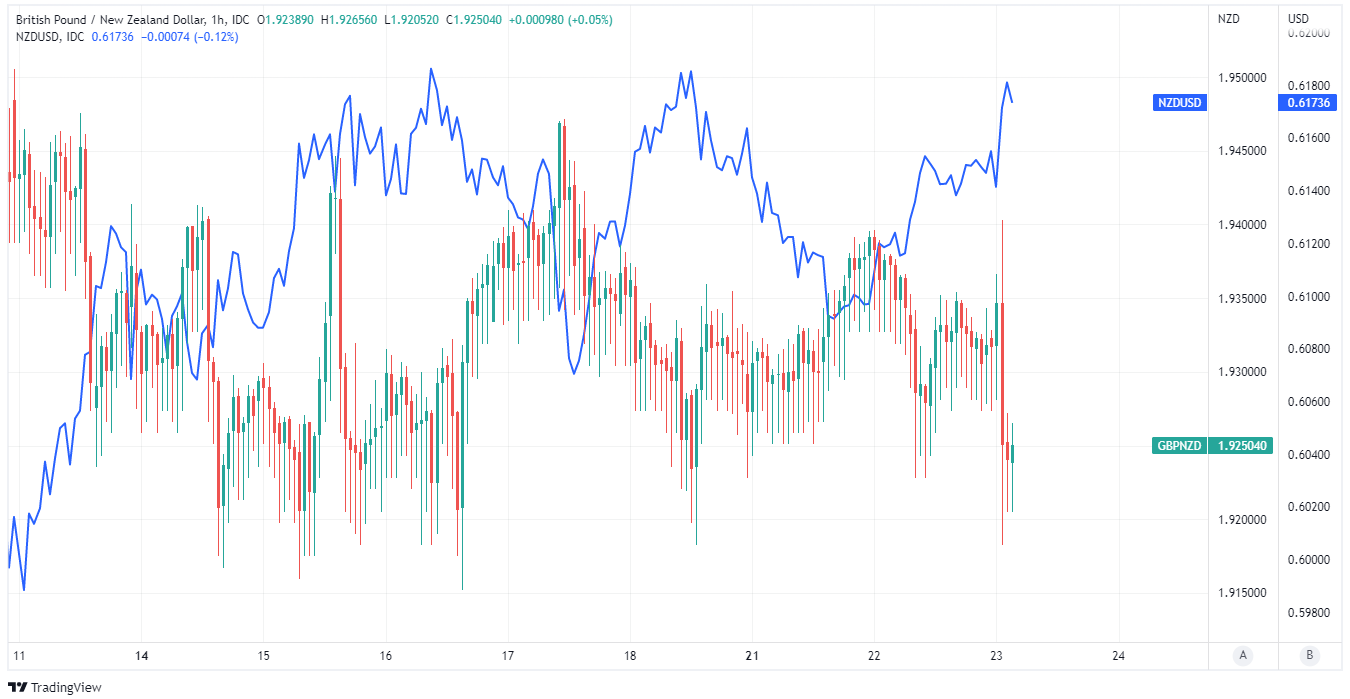 Statistics New Zealand data suggested on October 11 that Kiwi retail spending had grown strongly during the third quarter while other figures have since cast some Kiwi paypackets as growing at a pace that almost matches a high single digit annual inflation rate.

In addition, Kiwi inflation rose by 2.2% during the three months to the end of September and at an annual pace of 7.2% when the RBNZ had assumed a quarterly outcome of 1.4% and annual increase of 6.4% in its August forecasts. 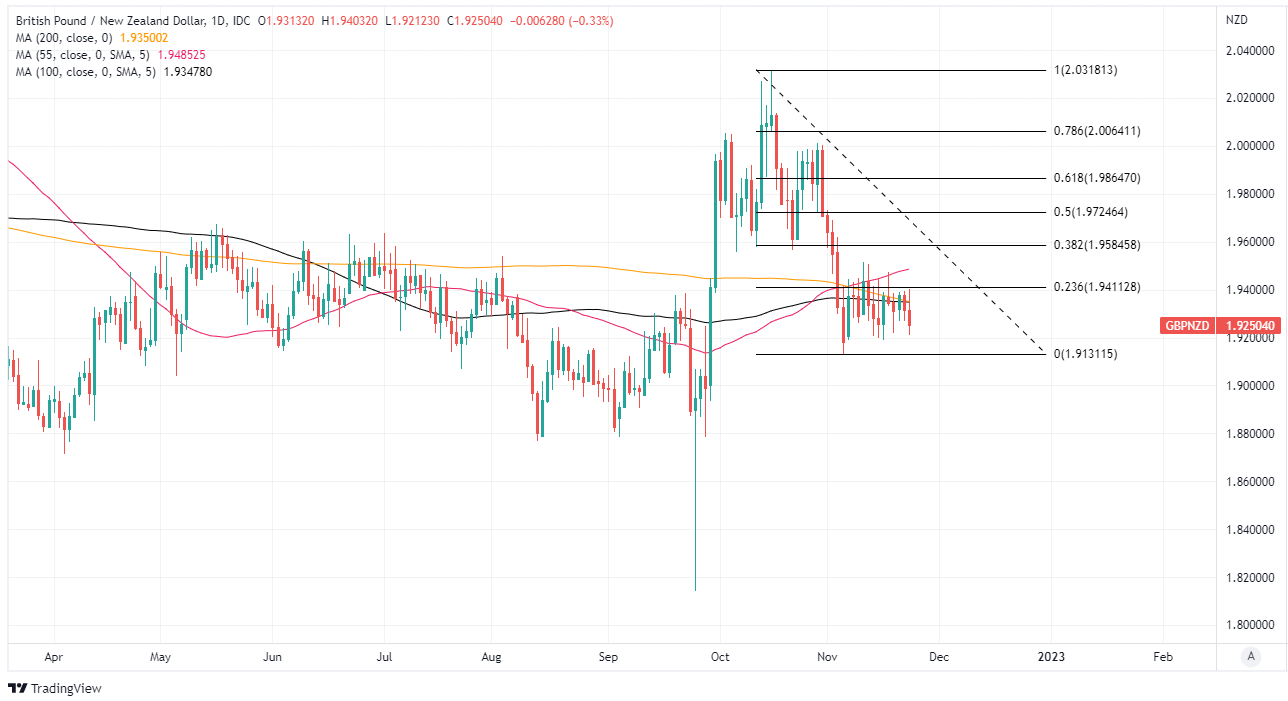 "The 140bp upward revision to the forecast OCR peak is massive, but so too have been the upside surprises to inflation, inflation expectations, and the wage outlook in recent months," Zollner and colleague David Croy write in review of Wednesday's decision and new forecasts.

Zollner and ANZ colleagues had already expected the RBNZ to raise its cash rate to five percent by the early months of next year, which was above the levels assumed by the RBNZ and financial markets, although they raise their projection for the cash rate peak further on Wednesday.

"The tone and forecasts in the MPS confirm that the RBNZ’s gloves are off. We had already been talking about upside risk to our 5% forecast peak (made at the time of the upward CPI surprise)," Zollner and Croy say.

"We think this decision will ultimately be NZD supportive on the grounds that the RBNZ’s track points to the OCR coming to rest above where markets expect the US Fed Funds rate to peak (markets are pricing in a 5.08% peak). Getting on top of inflation should also be positive for the NZD," they add.