- Key support levels in GBP/EUR and GBP/USD give way, hint at further declines 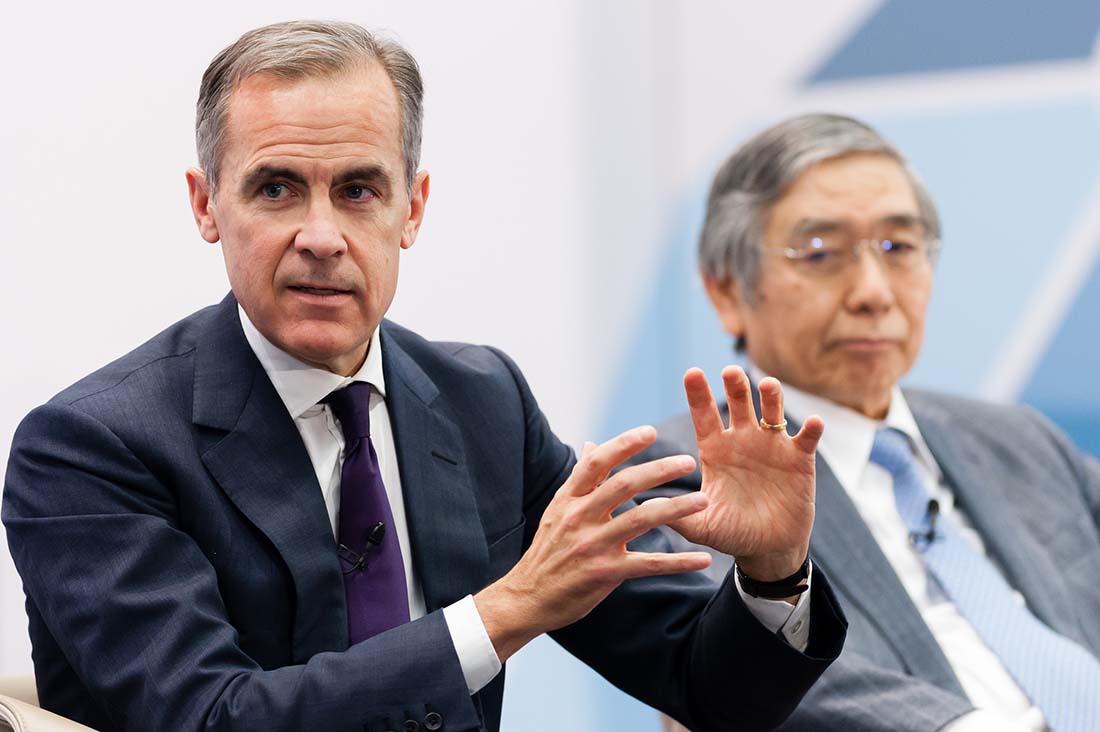 Speaking to the BBC in Washington, Carney cited “mixed data” coming out of the UK economy this week saying he didn’t want to be “too focused on the precise timing” of when rates might next rise.

While an interest rate rise is likely in 2018, he clearly failed to offer the kind of hints necessary to keep a May interest rate rise alive, something markets had been certain of with financial markets pricing a 85% chance ahead of Carney's comments.

The selling of Sterling reflects the market's re-rating of such a move and also reflect how disruptive this sudden shift in communications can be for financial markets. 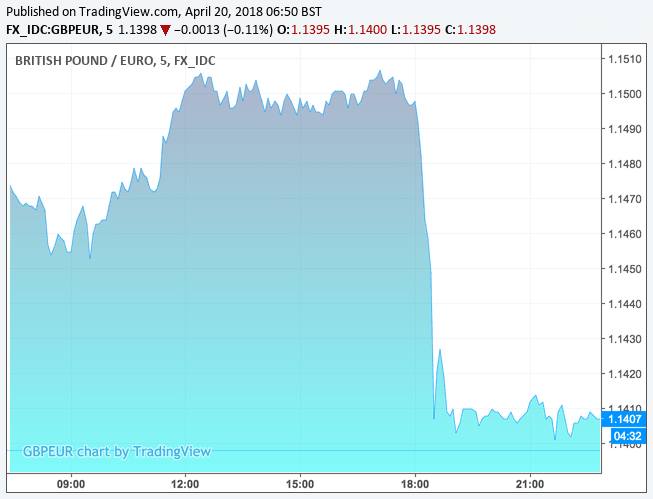 Carney added the UK should “prepare for a few interest rate rises over the next few years.”

“I don’t want to get too focused on the precise timing, it is more about the general path. The biggest set of economic decisions over the course of the next few years are going to be taken in the Brexit negotiations and whatever deal we end up with. And then we will adjust to the impact of those decisions in order to keep the economy on a stable path,” said Carney.

“We have had some mixed data,” Carney said following a week of below-par data releases that saw wage growth, inflation and retail sales numbers all come in below expectation.

"Overall, his tone was cautious, not resembling a central banker that is about to raise interest rates, thus disappointing Sterling-bulls looking for signals that a hike is imminent. The implied probability for a May hike fell to 44% from 67% prior to Carney’s speech, according to UK OIS," says Andreas Georgiou, Investment Analyst at trading platform XM.

We reported yesterday that Sterling was looking well supported, despite the disappointing retail sales data release; in fact the currency was at one stage the day's best-performer in the group of major currencies which we saw as a sign that the expectation for a May interest rate rise was proving to be a key support for Sterling.

"Business surveys suggest that both wage and employment growth should strengthen a little over coming months, but not to an extent that will push the MPC into a series of rate hikes this year. We still expect the MPC to raise Bank Rate by 25bp just once this year and think the Committee will wait until August to hike, due to undershooting activity and inflation data," says Samuel Tombs, an economist with Pantheon Macroeconomics.

Markets now pricing-in c.50% chance of a May rate hike, down from 80%+ prior to Carney's comments. The Governor hasn't flip-flopped, but responded sensibly to this year's streak of downside data surprises. Markets were always mistaken to assume policy was on auto-pilot. pic.twitter.com/hr39JayV4e

"GBP underperformed most major currencies overnight on cautious comments from Bank of England (BoE) Governor Carney. Carney warned to “prepare for a few interest rate rises over the next few years”. However, Carney also suggested the BoE interest rate normalisation path may turn out to be very gradual because of recent mixed UK economic data and Brexit uncertainty," says Elias Haddad, an analyst with CBA.

Carney's impact on the Pound is clearly evident: 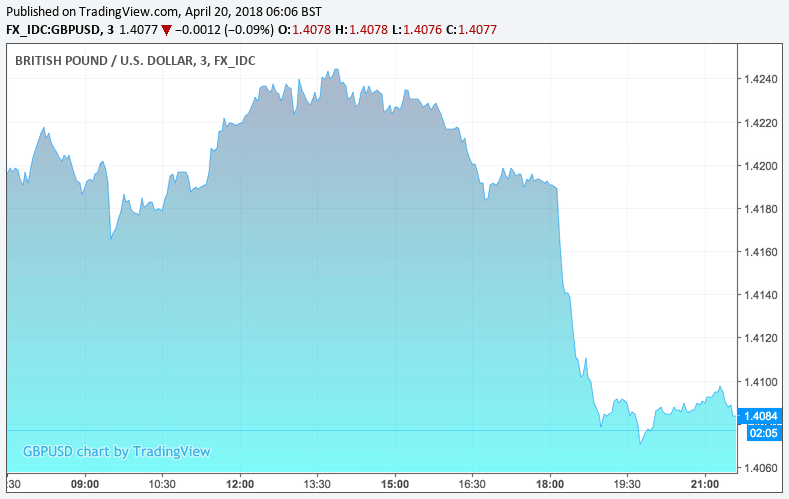 Above: Sterling gives significant ground back to the USD

It appears the tide might have turned for Sterling following Carney's comments with some key support levels giving way and opening the door for greater selling interest going forward.

Following the moves, market strategist Robin Wilkin with Lloyds Bank Commercial Banking notes the cross has accelerated lower through important support in the 1.1422 region, "adding conviction" that a high is in place at channel resistance in the 1.1580 region for a move back towards channel support in the 1.1186/1.1173 region.

A note from the Barclays trading desk says the next support for GBP/EUR comes in at 1.1350 "which had been a popular level to fade against" before the previous move higher.

The Pound-to-Dollar exchange rate is at 1.4080 and it appears a deeper and more sustained slide from this month's high at 1.4376 is underway.

"GBP has collapsed through key supports on the back of Governor Carney’s comments, adding further conviction that a peak developed in the 1.43-1.45 region for a move back towards range support in the 1.39-1.37 zone (the latter being the early March lows). A move back through 1.4170/80 is needed to alleviate immediate downside risks," says Wilkin.

However, it is worth remembering April tends to be a strong month for the Pound, based on seasonal quirks, and we could yet see the currency recover some lost ground over coming days. At the same time, May tends to be a rather poor month on a seasonal basis, so buying interest might be short-lived.

In light of recent developments, market focus for the Pound soon turned from Governor Carney to fellow Bank of England MPC member Michael Saunders who deliverd a speech on the subject of monetary policy in Glasgow. The full text was released at 10:30 and can be downloaded here.

Bank of England Monetary Policy Committee member Michael Saunders - a proponent of higher interest rates at the Bank - has maintained his position on the need for higher rates according to the contents of his speech, which should ease some of the pressure being placed on Sterling.

At the last MPC meeting in March Saunders was one of two members of the Committee who voted for an immediate hike in interest rates.

"Saunders keeps all options on the table over future BoE policy normalisation paths (prudent approach). Will keep markets at 50:50 over a May rate hike. If you believe that nothing has changed this week (like we do) then GBP has tactical upside ahead of May meeting," says Viraj Patel, a currency strategist with ING Bank N.V. in London. "The point he's trying to make is that if this is a 'genuine' BoE normalisation cycle, then it won't just be constant 'one-off' moves. Expect some upward trajectory in UK rates & a steeper curve supports GBP."

Almost perfectly pricing a Carney-Saunders split are financial markets which are currently pricing the prospect of a May rate rise at 50%, making for an interesting Monetary Policy Committee event next month.