Pound Sterling saw its July ascent come to an end after a noted Bank of England Monetary Policy Committee member indicated he is now willing to vote for an interest rate cut at the August 4th policy meeting. 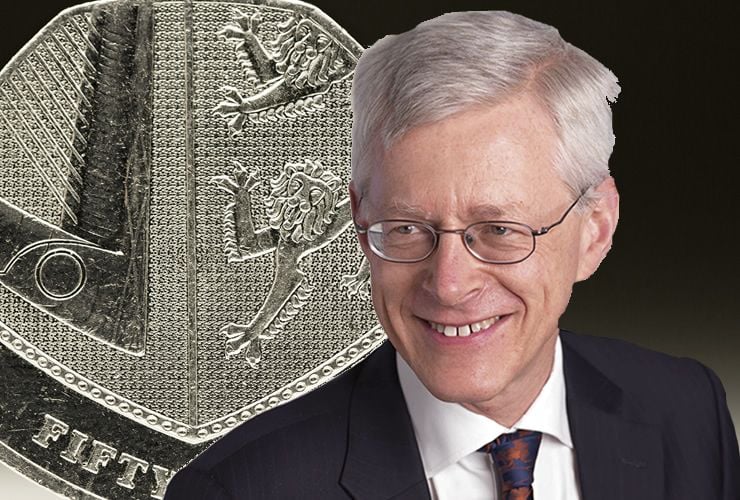 The Pound will likely struggle as we head into the new month of August as traders will likely remain unwilling to push the currency higher with the Bank of England's all-important policy meeting lying on the 4th.

GBP remains subdued as decision makers appear to be uniting behind a decision to cut interest rates and could even boost the Bank's quantitative easing programme.

One of the largest hurdle to an interest rate cut at the Bank of England has been Martin Weale - a policy maker who has long been wary of pushing the basic rate below 0.5%.

It was only on the 18th of July that Weale told an audience that he was wary of cutting interest rates in the absence of concrete evidence that the UK’s vote to exit the European Union was causing a notable slowdown in economic activity.

However, in an interview with the Financial Times this week Weale indicated he is willing to cut interest rates at the August meeting.

The news prompted a sharp decline in the British Pound exchange rate complex as the prospect of lower interest rates will ensure investor inflows into the UK will likely dry up as money is directed to higher-yielding locations.

The Pound will likely edge lower as markets steadily price in a 0.25% cut with the prospect for a deeper decline should a greater cut be delivered.

Weale cited the sharp contraction evident in the special PMI data release on Friday the 22nd of July as being behind his change in opinion.

“They are the best short-term indicator we have at the moment. I certainly feel they are very material for the decision we’ll be taking next week,” Weale told the FT, adding “a lot worse than I had thought” and showed “expectations have worsened sharply”.

Of other MPC members, Gertjan Vlieghe voted to cut rates last month, while Mr Weale, Mark Carney, BoE governor, and Andy Haldane have now said they were minded to do so at the August meeting. Only one member, Kristin Forbes, has indicated a desire to “keep calm and carry on”.

This so-called 'policy divergence' has long been a source of FX movement; and for the GBP/USD it is about to get a great deal more influential argue analysts at independent forecasters Capital Economics.

Capital Economics' Alex Holmes believes that the contrast in interest rates in the next few years will be even greater than investors anticipate.

While Holmes agrees that the MPC will cut Bank Rate soon (Capital Economics forecast a 25bp reduction next week as well as a £75bn expansion of the BOE’s asset purchase programme), he disagrees that the Fed will only tighten policy very slowly.

"Our view is that it will hike again as soon as September and by much more next year than investors assume. This feeds into our view that sterling will fall further against the dollar in 2017, reaching $1.20/£ from around $1.32/£ now," says Holmes.

Remember to keep an eye on the mid-week US FOMC meeting for a guage as to just how agressive the FOMC intends to be on rates.

Substantial Stimulus Coming, But There will be Resistance to Such a Move

Analyst Viraj Patel at ING says the move by Weale supports hi sview that the BoE will deliver a sizeable package of stimulus measures at next week’s MPC meeting (4th Aug).

"Moreover, Weale’s comment that “asset purchases are still likely to be effective” suggests that there are material upside risks to our £50bn QE expansion call," says Patel.

However, a strong-armed Bank of England response will potentially face some political resistance.

RBS has written to clients warning them to expect negative interest rates as a result of expected Bank of England policy action.

The banking group told 1.3 million customers via a special letter that they could effectively be charged to keep money in their bank accounts.

"Global interest rates remain at very low levels and in some markets are currently negative. Dependent on future market conditions, this could result in us charging interest on credit balances," say RBS.

“Negative rates would be very dangerous,especially for ordinary savers - the danger is many people will just think, I'm going to put the money under the mattress. That could have security risks, especially for older people,

“You don't want your life savings out of the bank, you want them somewhere safe - but if the bank is going to charge you for keeping your money and every day you have it there it is worth less and less, you can see why people would say, I'm not going to do that," Altmann told the Telegraph.

The mid-week session will likely be dominated by the release of the first estimate of UK GDP for the second quarter of 2016 (due at 09.30 BST) looks set to show that growth held up well in Q2, despite the uncertainty created by the lead up to the EU referendum.

Although business surveys have been fairly downbeat, the hard data available so far have been much more encouraging.

A survey of economists shows consensus expectations for a reading of 0.4%.

We would expect the British Pound to trade within recent ranges should these expectations be met or exceeded.

Downside pressures are likely on any downside misses, but we would not expect recent ranges in the GBP/EUR or GBP/USD to be tested.

Most analysts expect the data reading to be relatively strong - a ‘last hurrah’ for the UK economy ahead of the vote to exit the European Union.

It is for this reason that the impact on Pound Sterling is likely to be limited.

Is the Gloom on the UK Economy Justified?

Pound Sterling took a hit on Friday the 22nd when a special Services PMI report showing a “dramatic deterioration,” having fallen to 47.7, well below the 50 level that divides expansion from contraction.

This would suggest that expectations for recession, held by a number of leading economists, is on the mark; a view reinforced by the CBI’s Industrial Trends survey.

However, there remains the possibility that investors are wrong-footed by becoming too negative on both the UK economy and Sterling.

Most pessimists are guilty in their willingness to readily draw a comparison to the 2008 financial crisis and ensuing recession.

However, this is certainly not 2008 - the world’s financial system is not teetering on the bring of collapse was the case back then.

Brexit is a shock - not a crisis.

Note that European data has not reflected a major knock to confidence while US and Chinese data continues to trend in positive fashion.

UK business and consumers could quite readily recover from Brexit shock with such positive background music playing in their ears.

Indeed, statements from government officials last week suggest Article 50, the legal mechanism to begin the two-year negotiation process with the EU, will not be activated until early next year, with exit anticipated in 2019.

By the time the PMI survey was conducted, some of the early shock of the leave result may have started to dissipate; some political stability had returned; and global equity sentiment had improved markedly.

“Given this, the scale of the drop in the PMIs is surprising and may underscore the degree of caution amongst businesses,” says Adam Chester, Head of Economics, Commercial Banking, Lloyds Bank.

Lloyds suspect that the negative PMI series overstates the weakness, especially as the Bank of England’s own Agents’ Summary of Business Conditions, also published last week, painted a more mixed picture. According to the Bank’s survey, “as yet, there was no clear evidence of a sharp slowing in activity”.

The labour market report covering the period between March and May showed that employment growth was accelerating, with the numbers employed up 176k compared with the previous three months.

In turn, the unemployment rate unexpectedly declined to 4.9%, its lowest since 2005.

The unemployment rate is now close to a level at which capacity constraints might be expected to put upward pressure on wages. Pay growth, indeed did pick up to a 2.3% annual pace.

If the Bank sees the Brexit shock as being short-lived in nature there could well be a chance they shy away from a rate cut in August.

This would certainly propel the UK currency higher in August.

How Might Pound Sterling, Euro and Dollar Move in the Event of a Trump or Biden …

Yen Could be About to Reach a Turning Point

Bailey Blunts Pound Sterling's Recovery against Euro and Dollar, Anxieties Build Ahead of … 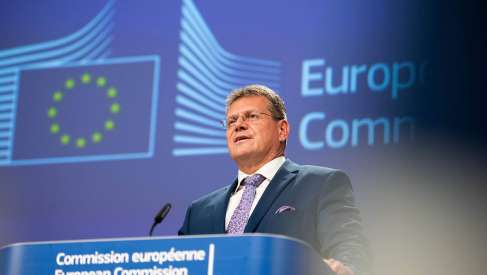