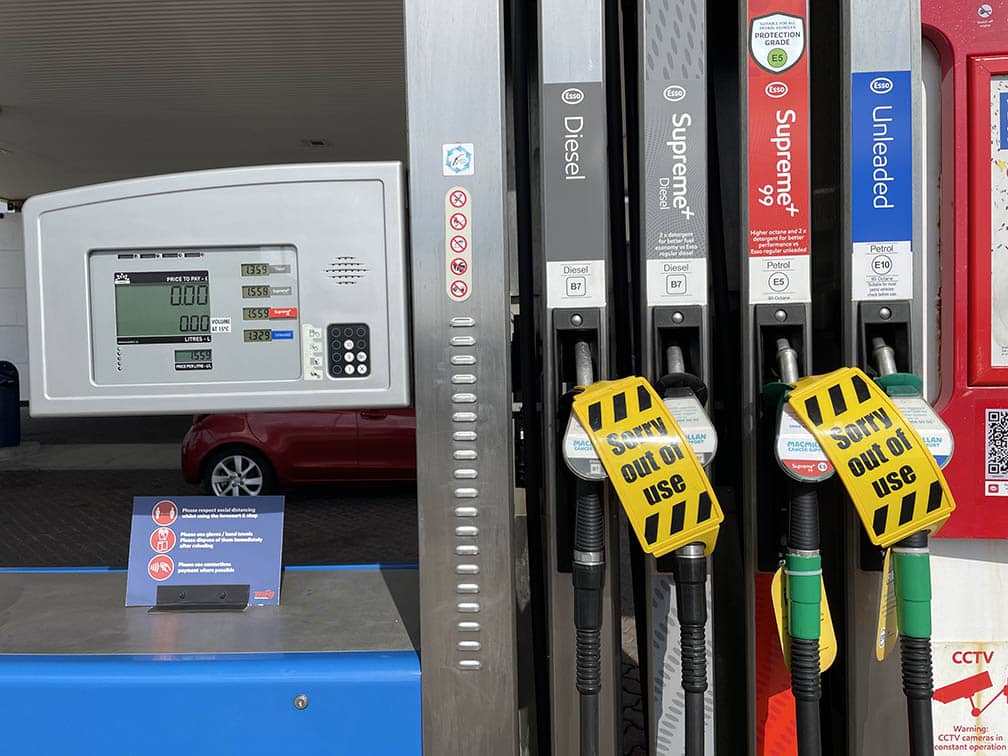 The Pound's rally looks to be sympathetic to an ongoing rise in UK bond yields: while bond yields are rising in most major markets they have risen just a little faster in the UK which is typically a supportive development for a currency.

Rising global bond yields reflect investor expectations that inflation rates in the future will rise and that central banks will be forced to respond by raising interest rates.

Rising inflation comes amidst a combination of 'base effects' and supply-side shortages, which have global roots as well as domestic ones, most notably a shortage of specialised HGV drivers.

"Yields on US Treasuries and UK continued to rise yesterday reflecting concerns about inflationary pressures as energy prices continue to move higher and more hawkish policy guidance from central banks. Brent crude oil has moved above $80bbl for the first time in almost 3 years," says Rhys Herbert, an economist at Lloyds Bank.

"Sterling rose in line with the US dollar against a generally weaker euro," he adds.

Queues and empty fuel stations might not be a result of a lack of fuel but they do betray a sense of unease amongst UK consumers who are aware of wider supply issues and surging inflation.

Inflation can become self-fulfilling under a scenario where expectations re-anchor at higher levels, posing challenges for central banks that are supposed to be the guardians of price stability.

Above: GBP outperformed all peers on the first day of the week.

While the official line from most central banks is that inflation will prove temporary there are concerns that inflation expectations will rise should inflation stay elevated for an extended period of time.

The Bank of England's commitment to an early 2022 interest rate hike is testament to this fear and for now the Pound is rising.

In a speech delivered overnight Bank of England Governor Andrew Bailey expressed concerns that the current supply-lead boost to inflation becomes more entrenched, and the Bank stood ready to act if that were the case.

"What start out as relative changes in price levels for some goods and services can become generalised and turn into persistent inflation. I take this risk very seriously, it has form so to speak," said Bailey.

He said that the most appropriate way of dealing with higher inflation would be via higher interest rates and this would not be dependent on quanitative easing ending, therefore a rate rise before the end of this year is not out of the question.

Sterling's move higher against the Euro and Dollar over recent hours suggests the market sees the UK in a unique position, even if the rest of the world is also dealing with supply-side inflationary pressures.

"Soaring energy prices’ impact on inflation more a concern in UK than the euro area," says a note from Citibank.

Jordan Rochester, a strategist at Nomura says rising petrol prices could add another 0.2pp to headline inflation by year-end, taking it even further above their peak forecast of 4.6% around November.

"Moreover, ongoing energy price shocks risk keeping inflation above the BOE 2% target rate for longer — something that was not overlooked by the BoE in its policy discussion last week," says Rochester. 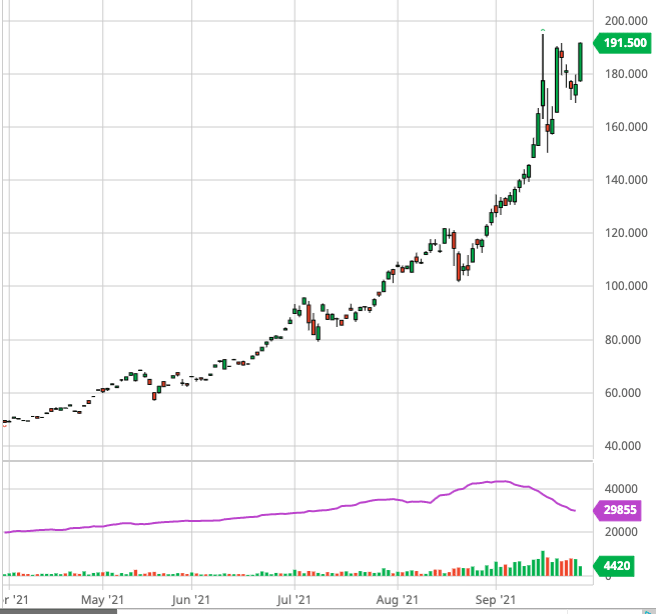 Above: UK gas prices (October contract) were eyeing fresh highs at the start of the week.

Analysts at Citi reflect that the pick-up in euro area and UK inflation has proved to be faster, larger and shows signs of being more persistent than previously expected.

"The key question now is whether this can morph into more persistent inflation, or whether it reverts into transitory disinflation in the years ahead. This will have implications for ECB and BoE monetary policy," says Citi.

The Bank of England last week reflected on the rapid rise in inflation and warned that their existing peak forecast of 4.0% for UK inflation will be surpassed.

It was as recently as August that the Bank raised their peak forecast from 3.0% to 4.0%, which is more than double their mandated target.

In a statement the Bank said "some modest tightening of monetary policy over the forecast period was likely to be necessary to be consistent with meeting the inflation target sustainably in the medium term."

The statement largely rubber-stamps existing market pricing for rate lift-off to take place in the first half of 2022.

"Some developments during the intervening period appear to have strengthened that case," said the Statement. 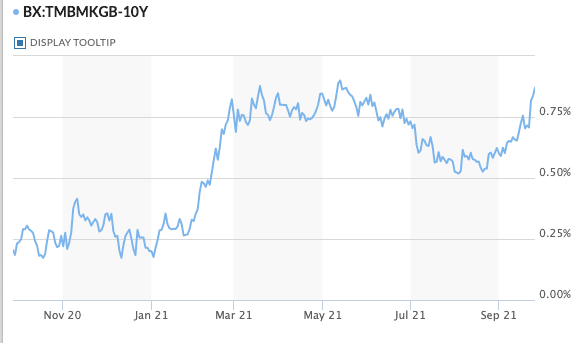 Above: The yield paid on UK ten year bonds is making a push higher, supporting the Pound.

The next energy cap review by Ofgem is due in February, ahead of implementation in April.

A 18-19% jump would imply a 0.6pp contribution to month-on-month CPI inflation in April 2022, according to Citi analysts.

But signs of surging wages are increasingly evident, with Reuters reporting Monday that warehouses in Britain are having to pay up to 30% more to recruit staff after a chronic shortage of workers.

"I think it's going through the roof," said Carl Hughes, Managing Director at Hughes Driver Training.

Anecdotes of wage hikes come against a backdrop of a surge in unfilled job vacancies, with the ONS/Adzuna vacancies survey showing vacancies are now at 128% of where they were just before the pandemic.

Citi analysts see risks of a wage-inflation spiral as being greater in the UK than the euro zone, providing one reason why the Pound-to-Euro exchange rate is well supported.

Upside risks to inflation expectations are growing in the UK where the latest Citi/YouGov inflation tracker shows households expect inflation at 3.8% per year in 5-10 years, well above the long-run average of 3.2%.

"So while in the UK, high inflation expectations are becoming uncomfortable, in the euro area they should still be welcome," says Citi.

Foreign exchange strategists at TD Securities say they now anticipate momentum for a Bank of England interest rate rise to build through the rest of the year, with some hawks on the MPC likely to start pushing for a rate hike before year-end.

"We look for some GBP strength, but expect this to be more acute against the EUR," says James Rossiter, Head of Global Macro Strategy at TD Securities.

The Bank of England went so far as to say in their September statement that raising interest rates in 2021 was still not out of the question as they felt ending quantitative easing was not a prerequisite to interest rate rises.

"The BoE meeting ... confirmed that change in outlook, and if anything the risks to the first hike now appear to be skewed even earlier, with the MPC explicitly 'ruling in' rate hikes this year, even if that seems fairly unlikely," says Michael Cahill, an analyst with Goldman Sachs.

"Sterling should perform well against this backdrop," he says.

Goldman Sachs recently revised up their Sterling forecasts after their economists brought forward their projection for rate hikes following firmer inflation prints and strong labor demand, as well as some more hawkish BoE rhetoric about how to respond to those economic developments.