"We see moderate upside risks to GBP if our base case is confirmed as the BoE slowly moves toward the exit" - James Rossiter at TD Securities. 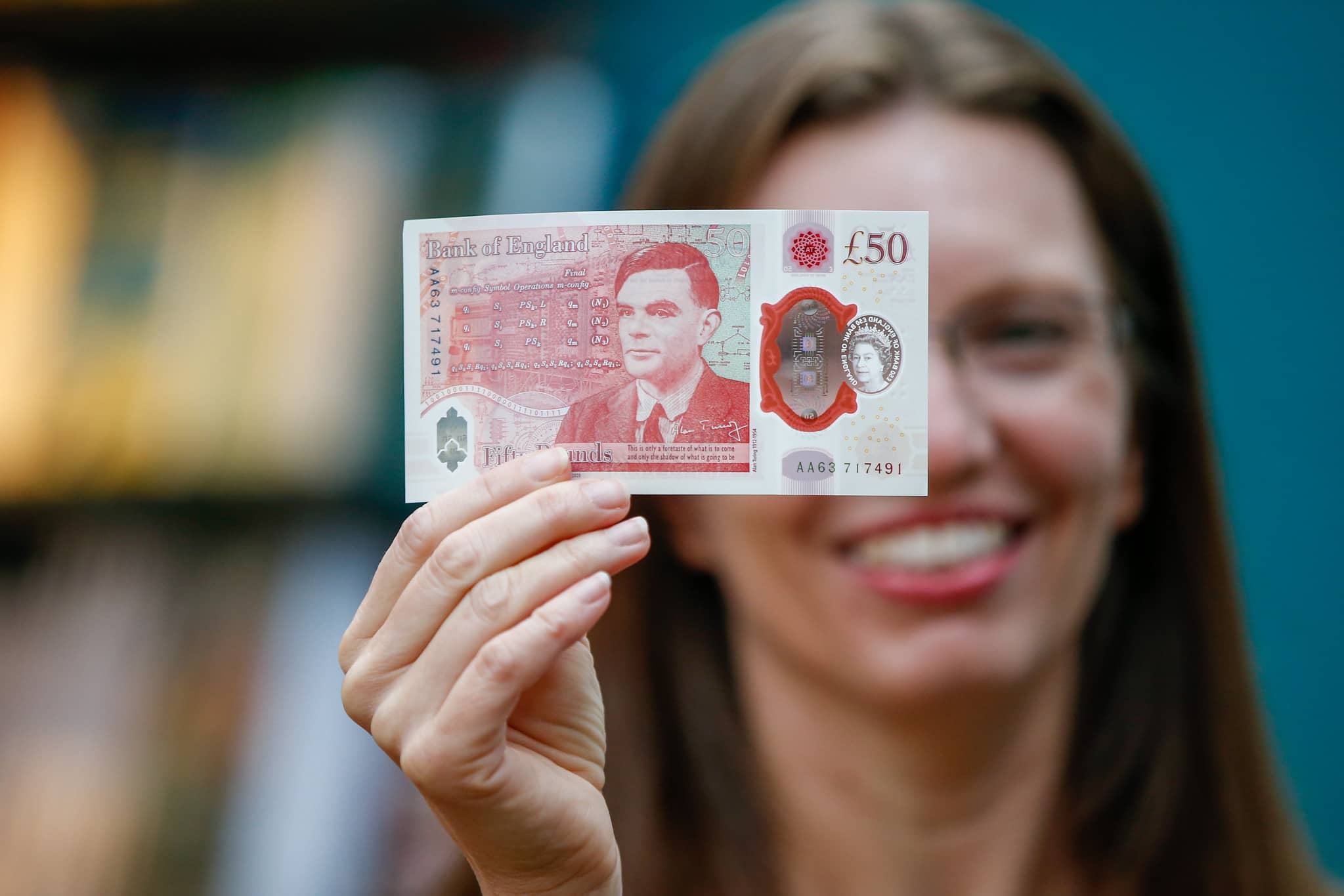 Pound Sterling will be subject to volatility from 12PM BST when the Bank of England delivers its August policy decision and Monetary Policy Report with some analysts saying the event could ultimately trigger moves above 1.40 against the Dollar and 1.18 against the Euro.

However, the odds of a decisive move are relatively low with economists in the main not expecting any significant shift in guidance or policy settings, it will therefore be the tone struck by Governor Andrew Bailey and his team that prompts some movement in Pound exchange rates.

The UK currency will likely find itself supported were the Bank to strike a 'hawkish' tone, and fall if it were to strike a 'dovish' tone.

But what does a 'hawkish' or 'dovish' outcome look like, and how far would the Pound likely move in response to either outcomes?

Any takeaway that meets the market's expectation for a May/August 2022 hike would meanwhile suggest any currency reaction to the event will be faded, ensuring a range around 1.17 in Pound-to-Euro and 1.39 in Pound-to-Dollar persists through the remainder of August. 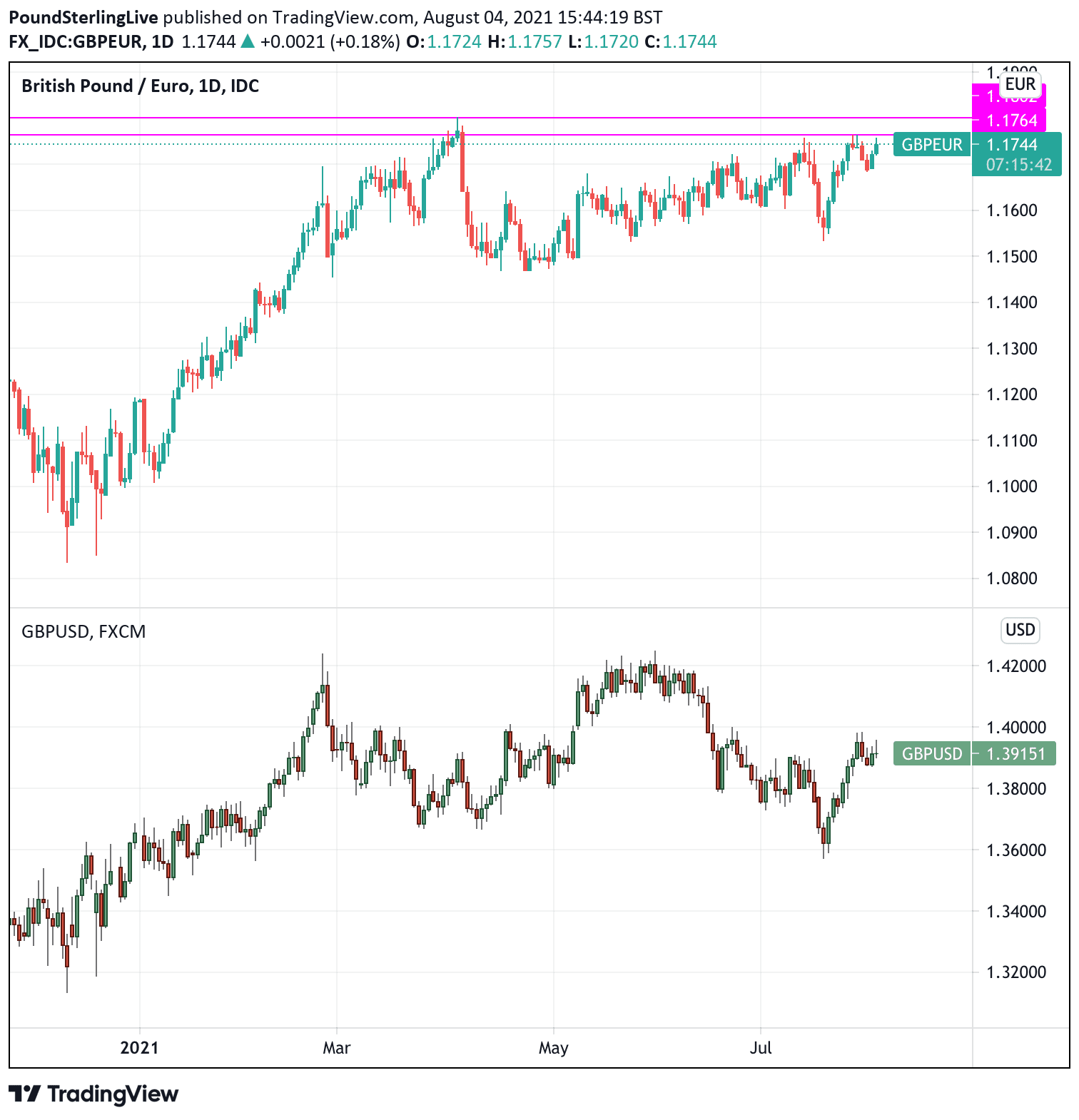 Analysts at UBS see the Bank of England sees on "a clear path" to end quantitative easing by the end of 2021 and hike rates potentially in 2022, which they say would support Sterling.

"We are likely to be served a more hawkish tone, but it will likely fall short of any policy announcement. Still, with nearly all restrictions now removed and COVID-19 cases falling back in the UK, we continue to believe sterling should outperform against both the dollar and the euro over the coming months," says Gaétan Peroux, a strategist with UBS.

Strategist Kamal Sharma at Bank of America Merrill Lynch says the burden of proof is whether the Bank validates market pricing for the removal of policy accommodation in the coming year.

"If the BoE can achieve this, while sounding hawkish, then GBP should benefit from both nominal and real yield support," he says.

James Rossiter, Head of Global Macro Strategy at TD Securities says "we see moderate upside risks to GBP if our base case is confirmed as the BoE slowly moves toward the exit."

Under such a scenario the Bank's Monetary Policy Committee (MPC) upgrades near-term inflation and labour market forecasts, but expresses some caution.

TD Securities hold a 55% chance of such an outcome. 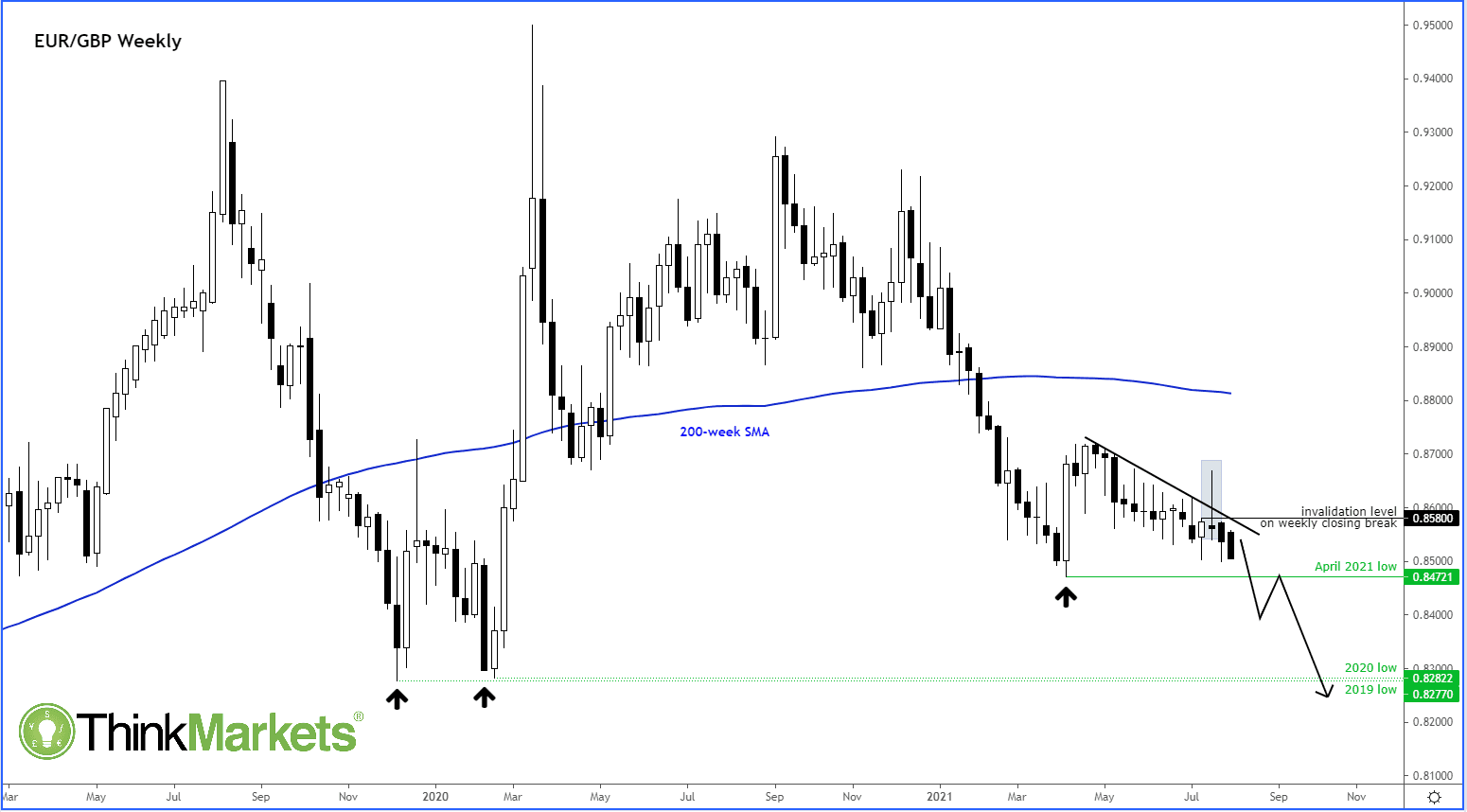 "If we see a couple of dissenters at the MPC, this could trigger a rally in Sterling as it will increase the probability of a sooner-than-expected taper in the future policy meetings. Also, there’s the possibility the BoE could provide some insights about how it will eventually reduce its QE programme, which the market may interpret as a hawkish sign," says Fawad Razaqzada, Market Analyst at ThinkMarkets.com.

TD Securities expect more substantive moves higher in the Pound were the Bank to signal the necessary conditions in their forward guidance have been met, and that they will assess the size of quantitative easing on a per-meeting basis.

This scenario is given a 15% chance.

More hawkish still would be if the Bank were to announce an imminent taper to its quantitative easing programme says TD Securities.

Here "the MPC decides by a narrow margin to end QE prematurely, with £110bn the likely cap. Worries about high inflation out-weigh any concerns on deteriorating high-frequency data," says Rossiter.

The odds of this are held to be at 20% by TD Securities.

Martin Whetton, Head of Fixed Income & Currency Strategy at Commonwealth Bank of Australia says the UK economy is bouncing back now that most restrictions on activity have been removed.

"At the same time, some monetary policy committee members have hinted that they may favour an early end to quantitative easing (QE) given the recent spike in UK inflation. That could be a recipe for a pop higher in GBP to above 1.40 for the first time since mid‑June," says Whetton.

A number of analysts have warned the Bank will disappoint those looking for a stronger Pound.

"Two BoE members’ recent hawkish rhetoric has raised market expectations that more members will vote for a reduction in the Bank’s asset purchase target. We expect these expectations to be disappointed, leaving the GBP vulnerable to a temporary move lower," says Marvin Barth, Head of FX and EM Macro Strategy at Barclays.

TD Securities says a dovish outcome would be the MPC looking through inflation and labour market data entirely, focusing on emerging downside risks to the growth picture.

The Pound-Dollar rate could reach 1.3990 under such a scenario while Euro-Pound could go to 0.8545 (Pound-Euro at 1.17) according to TD Securities. 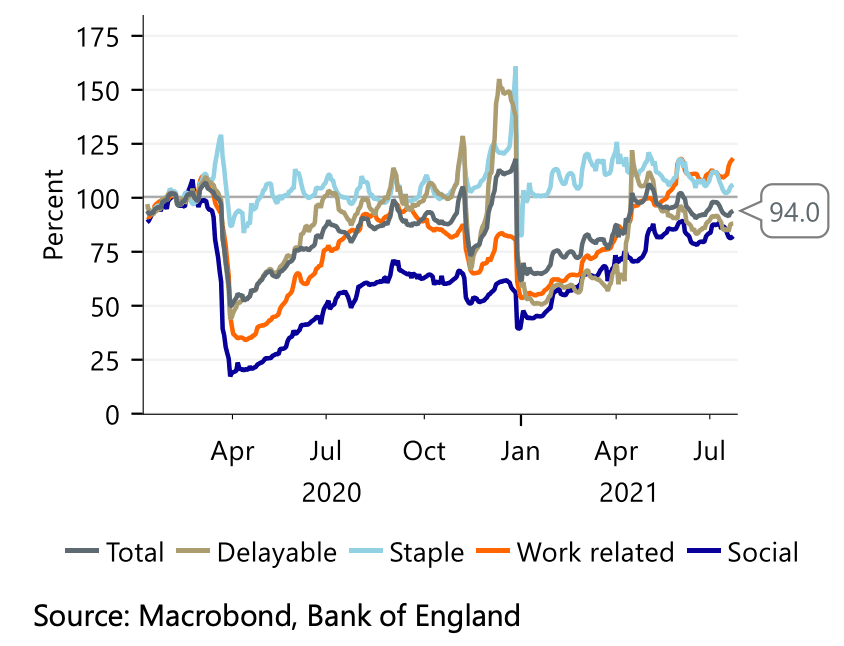 Bank of New York Mellon says ultimately the Bank would want to wait until the labour market normalises to assess whether there are any structural constraints in the labor market, which would support more sustainable wage growth rather than a simple one-off recovery push.

"The process will be extremely cautious for governments and central banks alike, necessitating patience for investors looking to re-engage in GBP and EUR positions," says Geoff Yu, FX and Macro Strategist for EMEA at BNY Mellon.

As such policy makers will want to assess data following the ending of the government's furlough scheme in September.

Stefan Koopman, Senior Macro Strategist at Rabobank says that while the MPC has underestimated the rise in inflation, "this doesn’t justify a hawkish turn".

"The relevant policy horizon is further out, and several real time indicators suggest that the recovery has already started to moderate," he adds.

"The main message of the meeting, we think, will be that as long as inflation expectations look stable and price pressures are limited to the sectors which are particularly exposed to the reopening, the cost of the MPC waiting for more data especially on the impact of the end of the fiscal support schemes on activity and the labour market in the autumn, will be seen as low," says
Jacob Nell, Economist at Morgan Stanley.

Morgan Stanley expect a hawkish signal to only be issued in February 2022 when economic activity is expected to be back to normal, the output gap closed and the impact of furlough ending on the labour market is clear.

Expect the Pound to move around in volatile fashion as the MPC deliver their message and new forecasts for the economy, but the confirmation of an August 2022 rate rise would mean the currency gravitates back towards recent ranges around 1.17 in Pound-Euro and 1.29 in Pound-Dollar.

Bank of America's UK Economist Robert Wood meanwhile points out that the Bank of England is undergoing something of a strategy shift in the post-Carney era.

He says the Bank of England's guidance has become been very weak. "It is now, we would argue, non-existent."

Wood says until recently, the Bank guided it would not hike rates at least until there had been significant progress in eliminating spare capacity and inflation returning sustainably to target.

"This was weak compared with other central banks because it was unlikely to constrain the BoE for long and it implied little more than following a standard reaction function. The BoE forecast spare capacity will be eliminated by end-2021 and inflation will rise above target," says Wood.

He observes that the latest set of Bank speeches suggest the guidance has now gone entirely: Michael Saunders, for instance, argues that both conditions have already been met. Broadbent and Haskell discuss the outlook without any real reference to the guidance.

"In our view, this seems part of a deliberate strategy to move from guidance to the BoE's traditional signaling mechanism: growth and inflation forecast. This implies policy will be more reactive to data than it has been in recent years," says Wood.

Bank of America are awake to the risk that the Bank further downgrades the remaining 'guidance' paragraph(s) in its minutes.