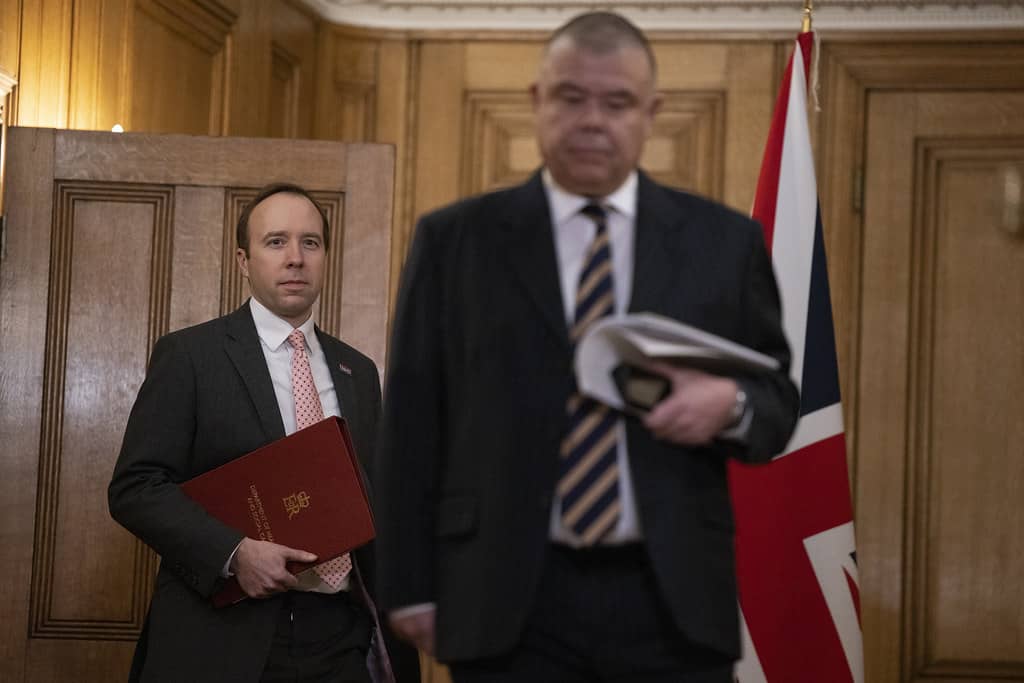 The British Pound recorded a new nine-month high against the Euro and a new 34-month best against the Dollar at the start of the new week, driven by rising global stock markets and expectations that the UK economy was on the cusp of a strong vaccine-lead recovery.

The Pound retains a 'high beta' with global investor sentiment in 2021, meaning it rises when global stock markets are rising. Global investors were in a buoyant mood at the start of the new week with all major European and Asian markets in the green, which has aided the Pound to new multi-month highs against both the Euro and Dollar.

Sterling's fundamental backdrop has improved since the signing of the UK-EU trade deal in December, but gains were further aided after the UK took a lead in the race to vaccinate its population against covid-19.

"Sterling appreciated by another penny against the greenback as it ascended to new 34-month highs. Market optimism over Covid-19 vaccines was a clear positive for the U.K. currency given Britain’s rapid rollout of inoculations," says Joe Manimbo, Senior Market Analyst at Western Union.

The UK Government announced on Sunday it had reached a target of giving a first vaccine dose to the 15 million most vulnerable citizens, a development that scientists say should ease pressure on the healthcare system and allow for a sustainable exit from lockdown.

"The British Pound is set to extend its winning streak in the near-term, as the successful vaccination campaign could give the UK a major advantage," says Milan Cutkovic, Market Analyst at Axi. "The currency is likely to test the 1.40 level against the US dollar soon and gain further ground against the Euro." 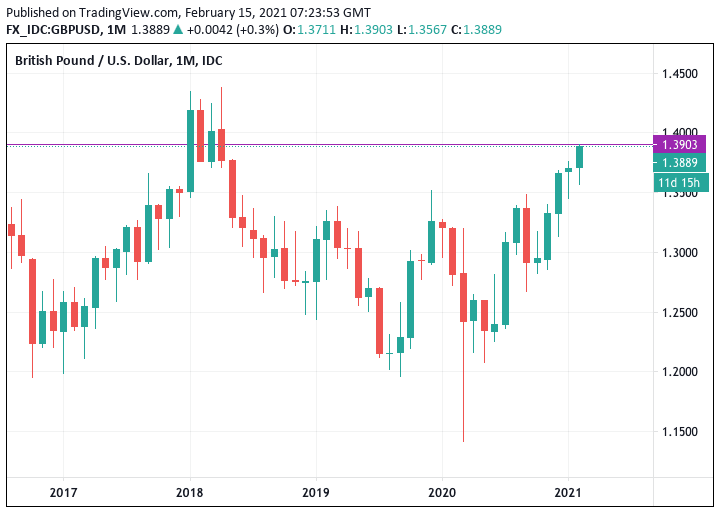 The vaccine rollout in England is now being officially expanded to the over-65s and younger people in at-risk groups.

"FX investors have rewarded currencies that are in the frontline of the vaccine rollout and similarly punished those seen to be slow in vaccinating," says Ray Attrill, Head of FX Strategy at NAB. 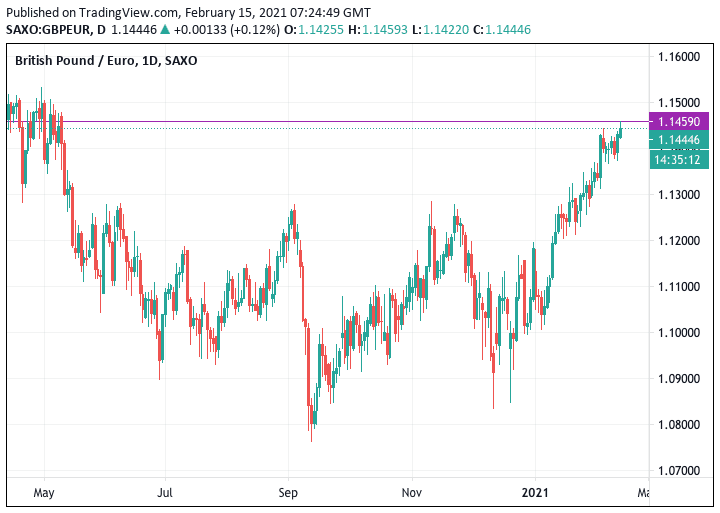 The hope is that should the prevalence of covid-19 and hospitalisations start to decrease meaningfully, then the UK can exit lockdowns on a sustained basis.

This would allow for the UK economy to recover lost output over coming months and will further underpin the view that the Bank of England will not be required to cut interest rates again.

"The 'G10 vaccine champion' GBP could remain the only major currency that is able to hold its ground vs the USD," says Valentin Marinov, Head of G10 FX Strategy at Crédit Agricole.

Health Secretary Matt Hancock said that 90% of the over-70s had accepted the vaccine - a "much higher uptake than we could possibly have hoped for".

One in four adults was now starting to receive protection against Covid-19, he said. Immunity from the vaccine builds in the weeks following the initial jab, with full immunity likely only after a second vaccine.

However, the UK has bet that the benefits of just one vaccine is sufficient to make an early dent on the pandemic.

The Department of Health says 88% of the UK's coronavirus deaths occurred in the priority groups who have now been offered a first dose of the vaccine.

"Vaccine rollouts are critical. Now that the market has started to embrace this narrative there are some hopes that GBP could lead the charge, reflecting their relative success alongside the US in the early vaccine campaign," says Mark McCormick, Global Head of FX Strategy at TD Securities.

The UK government is expected to announce a roadmap out of lockdown on February 22, with leaked plans detailing a general relaxation of some rules on 8 March, such as allowing two people from different households to sit together in parks.

Hospitality is expected to open for Easter, with a limited return to pubs and restaurants expected at the beginning of April.

Should consumers and businesses feel that the next reopening is a permanent one, the country's economy could then embark on a sharp economic recovery, that will likely underpin the Pound's recent gains.

Our week ahead publication notes that new nine-month highs above 1.15 are now in the pipeline for Pound-Euro.

Sterling ended the week above 1.14 against the single currency and has now risen 2.09% for 2021, giving it strong momentum, which technical analysts say could now lead the British currency back above 1.15 and to what would be nine-month highs over the coming days.

Technical analysts at Commerzbank are looking for EUR/GBP to slide further toward 0.8671, which would make for a Pound-to-Euro rate of 1.1532.

Karen Jones, head of technical analysis for currencies, commodities and bonds at Commerzbank says the Euro remains "on the defensive" against the Pound following the break above the 55-month moving average in GBP/EUR.

She adds immediate attention will remain on the upside.

Pound Sterling extended its 2021 lead over a range of currencies including the Dollar last week and could continue to confound market expectations over the coming days as the greenback, in its role as the taxi cab of the foreign exchange market, drives the British currency toward 1.40 and above.

"The strong performance of sterling has continued. GBP has rallied to 1.3850, and the psychological 1.40 level could be reached," says Georgette Boele, a senior FX strategist at ABN Amro.

"GBP/USD is deeply undervalued relative to the level implied by US/UK GDP price deflators and real UK‑US interest rate differentials," says Elias Haddad, a senior strategist at Commonwealth Bank of Australia. "We don’t expect additional BoE policy rate cuts. In our view, the risk is GBP/USD edges up to 1.4000 in the next few months."