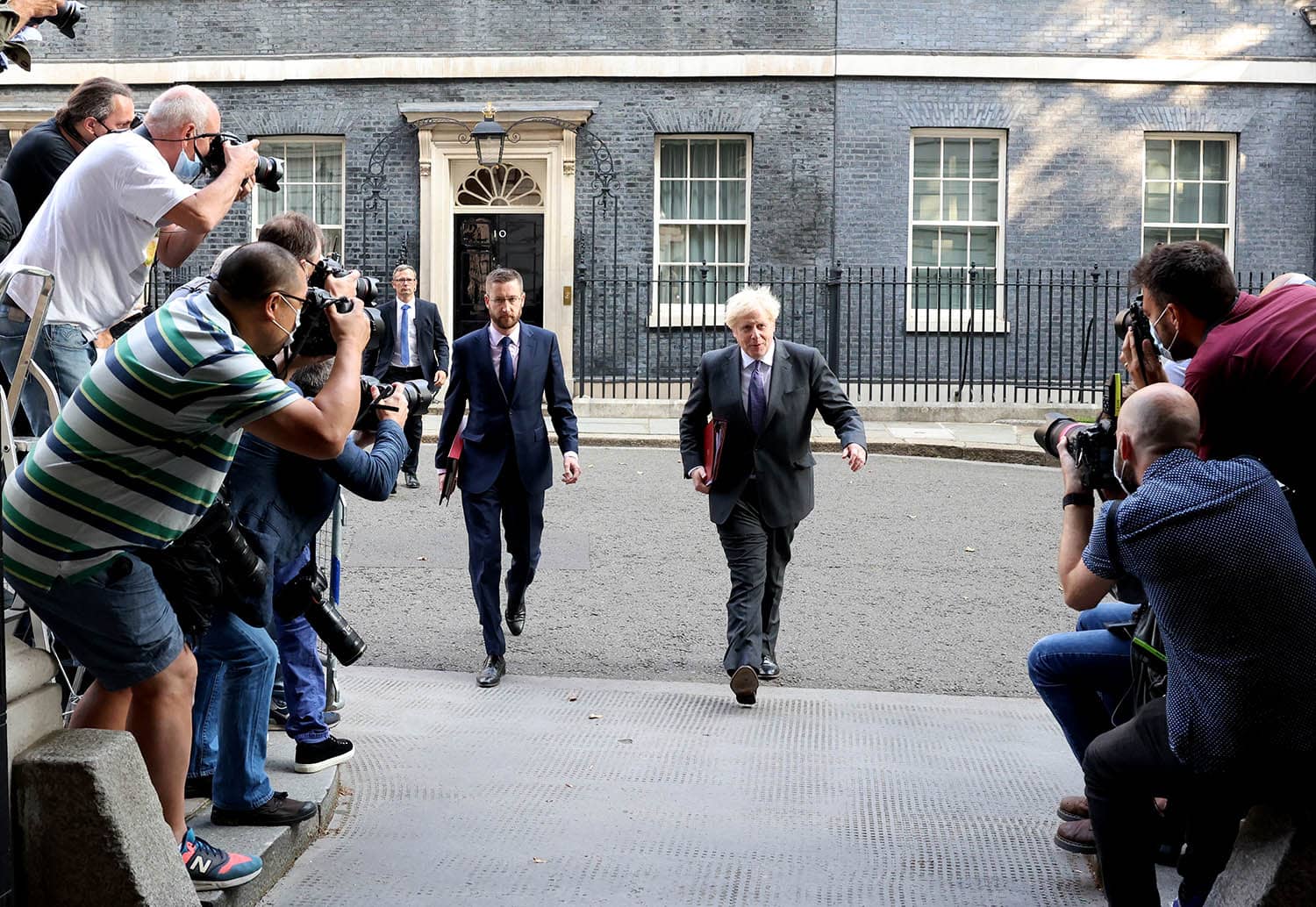 Optimism over covid-19 vaccines and hopes of an imminent Brexit trade deal continue to underpin a rally in the value of Sterling against the majority of its peers, however one foreign exchange trader we follow says the currency will likely sell off in the wake of a deal being struck.

The British Pound was the best performing major currency at the start of the new week after sentiment towards the currency boosted by news that the University of Oxford and AstraZeneca's vaccine candidate has proven successful in preventing the transmission of covid-19 in phase three trials.

Meanwhile, news reports concerning the status of post-Brexit trade negotiations suggested the two sides were closing in on a deal.

"Vaccine optimism and hopes of an eventual Brexit should provide a firm floor for GBP, at least for now, in our view. Key dates for substantial progress in negotiations continue to be pushed out, but negotiations can run up to the beginning of December," says Marek Raczko, an analyst at Barclays. "Until then, we think markets will remain comfortable buying any dips in sterling unless there are clear signs of negotiations not progressing or breaking down." 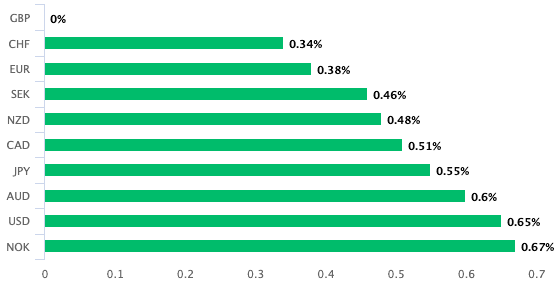 Above: Sterling was the best-performing major currency on Monday. Book your ideal exchange rate automatically as soon as it is reached, find out how, here.

"Positive vaccine news would tend to support the pound as the UK economy is more services-driven and more exposed to lockdowns and restrictions on travel, social distancing and consumer confidence," says Neil Wilson, Chief Market Analyst at Markets.com.

The AstraZeneca-Oxford University announcement is a big moment in the fight against covid as this vaccine candidate is substantially cheaper than its competitors and can be stored in room temperature.

More countries have preorders of the AstraZeneca candidate than any other and it is believed it will be faster to produce and distribute than the mRNA candidates from Pfizer and Moderna.

"By the middle of the year, the U.S. and UK should reach full herd immunity," says Robin Winkler, strategist at Deutsche Bank, adding that this timeline is also realistic for Canada and for Japan, both of which will have good access to Moderna as well as to Pfizer and AstraZeneca.

While vaccine news has provided some potential upside to Sterling, ongoing expectations for a post-Brexit trade deal being reached between the EU and UK is likely the single most important driver behind Sterling's post-September rally.

The outline of a Brexit trade deal should be sketched out by the end of this week, Ireland's Prime Minister Micheal Martin said on Monday.

Martin said he expects the UK and EU to bridge their differences in talks over coming days, "I would be hopeful that by the end of this week we could see the outline of a deal. That remains to be seen. It's down to political will. One must remain hopeful."

Martin said that Ursula von der Leyen, the president of the European Commission, told EU leaders at a video conference summit that there were common texts on all areas of the zero tariff deal.

A call is meanwhile expected to take place later this week between Prime Minister Boris Johnson and European Commission President Ursula von der Leyen in an effort to provide the political impetus to get a deal over the line.

The consensus amongst the analyst community is Sterling will rise in the event of a trade deal being reached, however pushing back against this view is Ben Donnelly, a Spot Trader at HSBC in New York.

"My view is that the poor economic backdrop along with the UK’s weak external position mean GBP should probably be going lower, not higher," says Donnelly, in a daily briefing to clients.

HSBC have adopted a thesis that the primary driver of foreign exchange markets going forward will be how one country's growth compares to another. The chart presented by Donnelly shows the cyclical outlook for G10 and Emerging Market currencies, showing where GBP will end 2021 relative to 2019 levels (using 2020 actual and 2021 forecasts):

"My view is that the poor economic backdrop along with the UK’s weak external position mean GBP should probably be going lower, not higher right now and the market is probably focused on the wrong story. Since markets trade one narrative at a time, my guess is that the moment a Brexit deal is signed (or, let’s say 60 minutes later) the market will pivot to a bearish UK and bearish GBP narrative as the deal will be seen as “too little too late” or “not good enough” and the weak economic underbelly will be exposed and attacked," says Donnelly.

HSBC's latest foreign exchange forecasts - out earlier this month - maintain a counter-consensus view on Sterling, and they expect the currency to weaken from current levels.

"Do you remember how GBP traded after Boris Johnson won? The day of the election, GBP spiked from 1.32 to 1.3516 then... Whoops. 1.1500 was next. My bet is we see that exact same thing again after the Brexit deal is signed. We have been buying the rumor off and on for 4.5 years. It is almost time to sell the fact," says Donnelly.

HSBC are forecasting the Pound-to-Dollar exchange rate to trade at 1.30 by year-end - a significant upgrade from previous forecasts of 1.20.