- Renewed optimism on Brexit helps GBP outperform
- "investors are under-pricing no-deal risks," - Bank of America
- "we expect a max 3%-4% move in GBP" in event of a deal 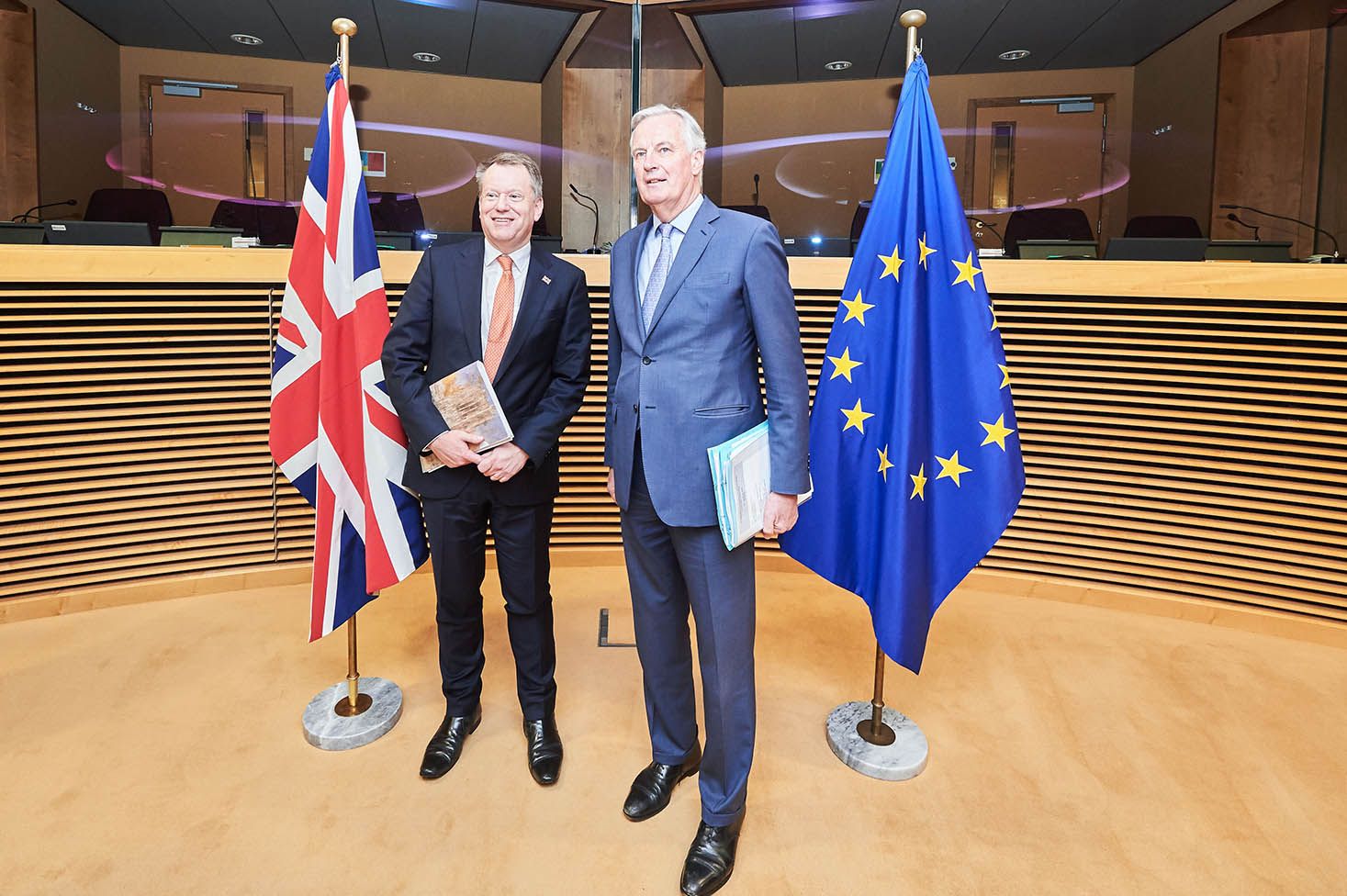 The British Pound is the best performing major currency of the past month owing to a steady rise in odds that the EU and UK will reach a post-Brexit trade deal. However, some analysts are unconvinced this improved optimism towards Sterling is warranted and that investors are under appreciating the prospect of a 'no deal' outcome.

"In our view, the risks of a deal vs no-deal are more balanced than current market pricing would imply. Indeed, we would go further and think that the market has already concluded that the UK-EU will ultimately agree on a deal, because 'they always do'," says Sharma.

This week saw senior cabinet minister Michael Gove tell a Parliamentary committee that his expectations of a deal are now set around 66%, an improvement to the 33% odds held by members of government in early September.

This steady improvement of odds towards finding a deal has been reflected in market pricing, most notably via a rally in the British Pound which has become increasingly sensitive to Brexit news flow once more: 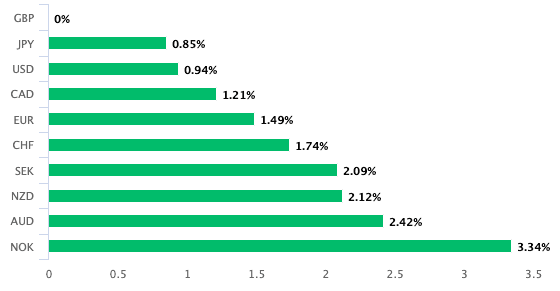 Above: Sterling has risen against all its major peers over the course of the past month.

"Optimism about a UK-EU trade deal is helping to support the British Pound this week. Negotiations have intensified and both sides claimed significant progress was made last week," says George Vessey, UK Currency Strategist at Western Union.

This week has seen further news flow suggest that progress is being made, with strong hints coming out midweek of the potential for progress to be made on the vexing issue of state aid and the future governance of the deal.

Focus is however now turning to fisheries, which carries significant political stakes for some EU countries, as well as the UK which ostensibly left the EU to regain full access of its waters.

"When both sides start singling out fisheries as the main obstacle then we're almost there. The expectation has always been that it'll be left to last for leaders, to provide their deal-clinching moment in the sun. Ultimately to the EU it's less important than LPF and governance," says Nick Gutteridge, a freelance Brussels journalist with a strong inside track on developments concerning Brexit negotiations.

Foreign exchange markets will now turn attention to the October 15 EU Council summit where EU leaders will give a strong steer as to where negotiations are headed. The date has been set by UK Prime Minister as a deadline by which the UK will exit talks if no material progress has been made, which was reconfirmed this week.

However, analysts and political commentators are of the view that the progress seen over the past two weeks will be enough to ensure the UK stays at the table beyond the Oct. 15 dedaline and into November.

"After more than four years of political uncertainty, Brexit is finally headed towards the end game. The 15 October EU leaders summit could prove pivotal, especially as it coincides with the UK’s latest self-imposed deadline," says Jeremy Stretch, a foreign exchange strategist at CIBC Capital Markets.

"Irrespective of the UK’s latest soft deadline, we would be unsurprised should negotiations extend towards month end, or even early November. Avoiding additional disruption, via a no deal outcome, appears eminently sensible as both the UK and eurozone economies are impacted by a Covid second wave. Of course the risk of politics and political dogma colliding with macro-economic necessity cannot be totally discounted," adds Stretch.

Indeed, with the political stakes set so high on the matter of fisheries, and signs France's Emmanuel Macron is looking unwilling to budge on his position, anxieties over whether a deal can be reached or not will likely start building up again over coming weeks.

"Macron described to me as divisive figure in EU and as being "up a tree over Brexit". We can’t forget Macron is also in election mode ahead of next French presidential vote and wants to be seen as protecting French interests," says the BBC's Europe Editor Katya Adler.

Rising anxieties could well prompt some fresh downside in the Pound, which at the very least will likely remain volatile until a conclusion is agreed (If you have looming GBP payments and would like to lock in today's rates for use at a future point, thereby protecting your budget, please learn more here.)

"The UK may be entering into its fifth year of the great Brexit saga, but the twists and turns are still as unfathomable as they have always been," says Bank of America's Sharma.

"We have previously warned about the dangers of chasing Brexit headlines but we have been equally clear in our assertion that no news does not necessarily mean good news which is how the market appears to have traded GBP through July/August. Complacency had been a prime driver for the September reset and the scale of the move in GBP volatility is highly indicative of a market that took its eye off the Brexit ball," adds Sharma.

Bank of America join market consensus in expecting a trade deal to ultimately be reached by negotiators. However, the relief rally that Sterling would endure on such an outcome is believed to be limited, a view that will dash expectations amongst those readers looking for a strong and sustained rally in the currency.

Bank of America forecast GBP/USD to trade immediately above 1.30 on a deal with gains potentially extending towards 1.35, which coincides with the recent August peak and the high following the December 2019 election.

But Bank of America also warn that markets might be overestimating the heights Sterling might achieve following the conclusion of a deal, saying in recent research that a long-term reset for the UK economy will prove a significant headwind to the currency.

"As the numbers above highlight, we expect a max 3%-4% move in GBP versus two of the major components of its TWI basket," says Sharma.

Bank of America says that the fundamental reset the UK economy will experience under its new reality will prove to be a longer-term headwind to appreciation in the currency.

"As the Brexit risk premium is priced out, we think the focus will turn back to the fundamentals. Brexit does not simply go away; it will have a pervasive impact on the economy for years to come as the UK attempts to reinvent itself on the international global stage. Our views on what type of deal will be agreed are well known as are our predictions of the impact on the UK economy. Our forecasts suggest that a Canada-style deal is likely to exert a significant headwind to growth over the medium-term," says Sharma.