- "expect to see the Pound sold off" if rates are cut

The British Pound started the new week on the front foot, going comfortably higher against majority of the world's leading currencies, but gains against the Euro and Dollar ultimately unwound into Tuesday with market participants seeing little value in advancing the currency ahead of Thursday's key Bank of England decision.

Given how unpredictable the looming decision on whether or not to cut interest rates is, we would expect the Pound to initially fall should the Bank opt to cut. Currencies tend to react to the unexpected, and with markets gauging a 50/50 chance of a cut it is easy to see that whatever the decision, it will be a surprise.

"The British Pound remains elevated but is lacking upside traction as it failed to hold at multi-week highs against the Euro and U.S. Dollar last week," says George Vessey, Currency Strategist with Western Union. "If the BoE does cut rates, given the slide in inflation and lacklustre GDP growth, we can expect to see the Pound sold off."

Western Union forecast the GBP/EUR exchange rate could slip back towards €1.16, while GBP/USD could fall back towards $1.29. 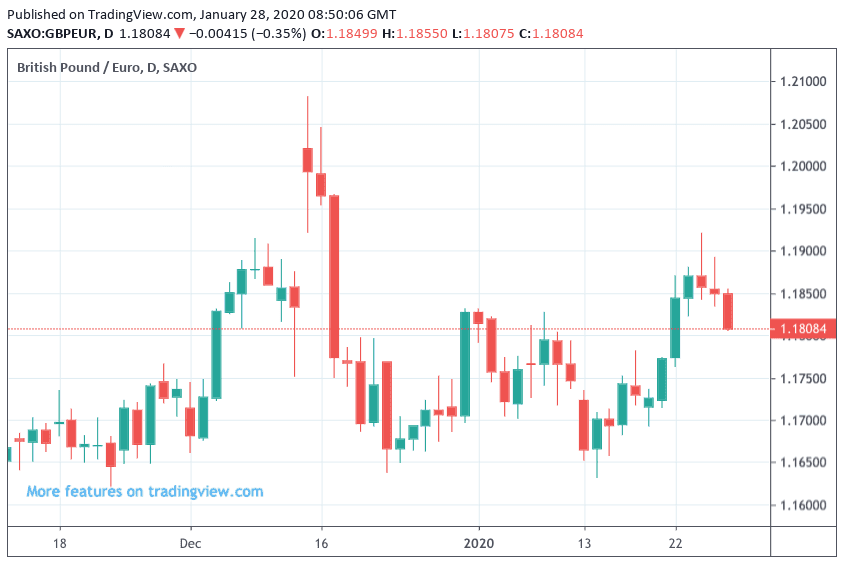 The rule of thumb in foreign exchange markets is that a currency falls when its issuing central bank cuts rates, and rises when it lifts interest rates. However, if a decision is seen well in advance it makes sense that the relevant move will have taken place ahead of the decision itself, which can make the event itself a damp squib, or even trigger a counterintuitive move.

But, the knife-edge nature of Thursday's decision should trigger a textbook reaction in Sterling, although Vessey sees limited upside potential for the currency until such a time as economic data takes a decisive upturn.

"Leaving rates unchanged may not have such an impact on Sterling as it didn’t weaken much when the probability of a rate cut jumped to 72% at the start of last week," says Vessey. "Recent positive CBI and PMI surveys may be enough to prevent a rate cut this month, but focus will be on sustained positive data for any real advancement in GBP upside." 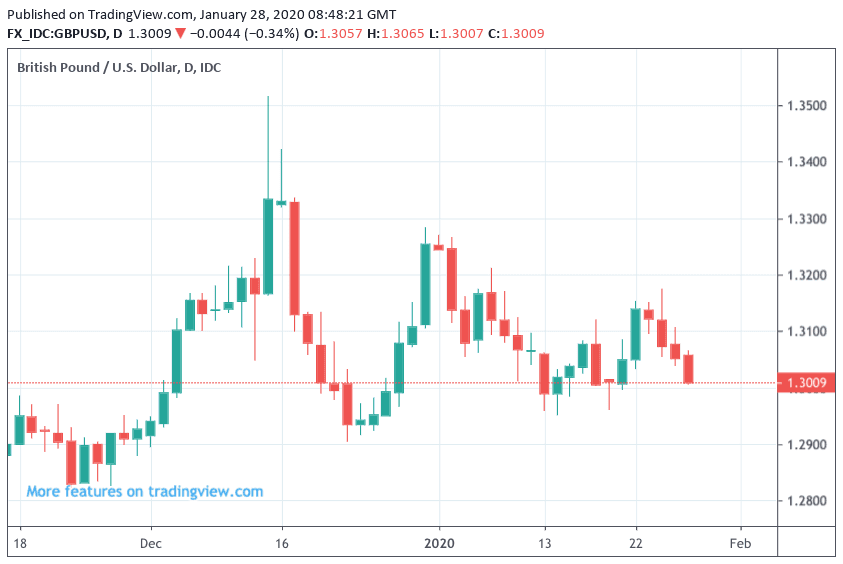 "Expectations of a rate cut have fallen somewhat... and the GBP has strengthened as a result. We expect a rate cut this week, but see significant risk that the BoE will remain on hold. As markets are only pricing in a c50% probability, the GBP should weaken this week if our projection materialise," says Ingvild Borgen Gjerde, FI and FX Analyst at DNB Bank ASA.

DNB Bank ASA forecast the GBP/EUR exchange rate to trade at 1.1628 in the near-term, as Sterling weakness materialises.

The initial decision by the Bank will be important for Sterling, however we can expect the guidance on the future of where rates might go to be of importance as this is where the market will get a gauge on where interest rates might move over coming months.

Markets will also pay close attention to the economic forecasts released in the Monetary Policy Report, also released on Thursday, as this too could give an indication of how the Bank might act in the future. Any upgrades to growth or inflation forecasts could prompt some strength in Sterling

1) Speeches from Monetary Policy Committee members earlier in the month suggested they were now leaning towards a rate cut.

Governor Mark Carney sparked a rise in interest rate cut expectations - and weakness in the Pound - in a speech in which he said he could be tempted to cut rates if economic data did not improve.

2) Economic data has showed a sharp weakening in economic growth towards the end of 2019, with November GDP coming in at -0.3%, while retail sales growing by just 0.9% in November-December, a time when the Christmas period would have been expected to significantly boost sales.

By cutting interest rates the Bank would be offering the economy a stimulus.

3) inflation has fallen sharply and was at 1.3% in December which places it well below the Bank's 2.0% target. The economics textbooks say central banks can stimulate inflation by cutting interest rates.

1) A post-election confidence boost might be underway as investors, businesses and individuals react to increased political certainty. Cutting rates in an economy that is improving risks stoking inflation.

Taking into account the above factors, the market is left gauging the odds of a rate cut at 50/50. It is rare for such pricing to exist going into a Bank of England meeting, therefore the prospect of a decent move in Sterling is elevated.

"The most recent UK economic data does not provide any justification for a rate cut at the end of January. The market may therefore be correcting its overblown expectations regarding an easing of monetary policy. Britain's economy is currently torn between the impact of potentially complex EU-UK trade negotiations and a spirit of optimism," says Marc-André Fongern, Head of FX Research at MAF Global Forex.

Fongern says the Bank of England may remind markets of the uncertainties associated with the forthcoming EU-UK trade negotiations.

"However, this doesn't necessarily imply a cut in interest rates at this stage. More evidence of a deteriorating economic situation is needed. Sounding the alarm bells would probably be the wrong message, particularly against the background of an improving economic trend. From a fundamental point of view, as well as from a monetary policy perspective, there is indeed no need for haste," says the analyst.