The much-anticipated flash PMIs out on Friday have come in ahead of expectation, an outcome that suggests the UK economy has seen a pick up in activity following the election and largely justifies the recent gains made by the Pound.

We would not at all be surprised to see the currency come under some pressure ahead of the weekend in classic 'buy the rumour, sell the fact' style, a counterintuitive behaviour that so often happens following the release of highly-anticipated market events.

Looking into the surveys that make up the composite result, the Manufacturing PMI read at 49.8, which is well ahead of expectations for 47.6, and suggests the sector is making a strong attempt at recovering having been in recession for some months now.

The Services PMI - covering the services sector which accounts for over 80% of the UK economy - meanwhile read at 52.9, well ahead of the 49.4 expected by markets.

A reading above 50 indicates expansion, and if these numbers are accurate they would suggest the UK economy will see decent growth at the start of the year.

According to IHS Markit - who compile the PMI reports - the data "highlighted a decisive change of direction for the private sector economy at the start of 2020. Business activity expanded for the first time in five months, driven by the sharpest increase in new work since September 2018."

According to Markit, "there were widespread reports that reduced political uncertainty following the general election had a positive impact on business and consumer spending decisions at the start of the year."

"Survey respondents often commented on hopes that an end to domestic political indecision will have a favourable impact on business investment and help to sustain a more favourable
economic landscape," says IHS Markit.

For Sterling, the question becomes what do the data mean for next week's Bank of England decision on interest rates?

"The most recent UK economic data does not provide any justification for a rate cut at the end of January. The market may therefore be correcting its overblown expectations regarding an easing of monetary policy. Britain's economy is currently torn between the impact of potentially complex EU-UK trade negotiations and a spirit of optimism," says Marc-André Fongern, Head of FX Research at MAF Global Forex.

The Pound had this week been moving higher on rising expectations the Bank of England will opt to keep interest rates on hold at 0.75% next week. Last week the market was pricing a 70% chance of a rate cut, and the Pound was seen down below 1.17 against the Euro and 1.30 against the Dollar as a result.

However, data out this week suggests the UK economy is picking up pace, which in turn suggests a rate cut is not warranted. Market expectations for a rate cut have duly fallen below 50%, and the Pound has gone higher in sympathy:

The Pound-to-Euro exchange rate is now at 1.1879, which puts it at its highest level since mid-December.

The Pound-to-Dollar exchange rate is at 1.3117, which places it slap-bang in the middle of a range occupied by the currency pair since early December. 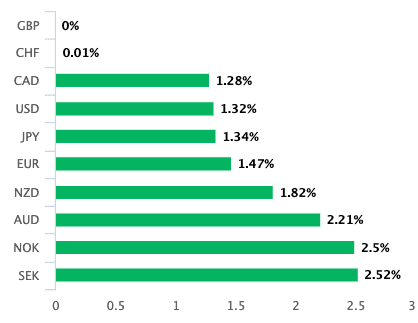 But Jordan Rochester, a foreign exchange strategist with Nomura, says the PMI did not beat expectations by a large enough degree to convince him the Bank will opt to keep interest rates unchanged, and this could explain why the Pound is not pushing sharply higher ahead of the weekend.

"We had a jump in the PMIs, but not enough to materially warn off the Bank of England from cutting rates next week in our view. GBP has traded well this week as leading surveys have indicated a recovery in the UK data and some have suggested a much higher PMI than we saw. But we think it needed to be 53 or higher to call off a rate cut completely," says Rochester.

Nomura tell clients they now expect Sterling to trade lower into the BoE meeting and over the rate cut itself.

"Next Thursday’s rate decision will still be close. But today’s release and the prospect of a further boost from fiscal policy in the Budget on 11th March will probably be enough for the MPC to decide that the economy is moving in the right direction and it doesn’t need an extra push from lower interest rates," says Paul Dales, Chief UK Economist at Capital Economics.

One of the reasons offered by Bank of England officials for potentially cutting interest rates in early 2020 are fears of lacklustre inflation: CPI inflation fell to 1.3% in December, which is well below the Bank of England's target at 2.0%.

Monetary policy theory suggests that cutting interest rates boosts the economy, which in turn generates inflation. It is therefore understandable why the Bank would look at the inflation statistics and opt for a rate cut on January 30.

But, today's PMI data reveals that inflation pressures might be building in the pipeline.

IHS Markit say recent Efforts to alleviate the squeeze on margins resulted in a solid increase in average prices charged by private sector firms at the start of 2020.

If the Bank of England is eyeing this kind of forward-looking feedback, they might find further cause to keep rates unchanged.

"We remain comfortable with our views that quarter-on-quarter GDP growth will pick-up to a 0.4% rate in Q1 and Q2 and that the MPC will keep Bank Rate on hold, both next week and throughout 2020. As we write, markets now see just a 43% chance that the MPC will cut Bank Rate on January 30, down from 50% before the PMI was released and a peak of 75% last week. That probability still look too high to us," says Samuel Tombs, Chief UK Economist at Pantheon Macroeconomics.

The Pound ended 2019 on the back foot and struggled through the mid-January period as expectations for a rate cut grew, but the currency found its feet on recent data that shows the UK economy to be in a relatively robust position.

The CBI report out on Wednesday was responsible for a particularly rapid ascent in the currency as it showed the largest turnaround in business sentiment in the survey's history.

In response, the odds of a Bank of England interest rate cut, as priced on money markets, fell to 48%, down on the 65% seen ahead of the release and the 70% recorded in the week prior. The Pound fell back as the odds rose, and then went higher as those odds fell, confirming a clear relationship between the two.

The Pound-to-Euro Week Ahead: Nearing Resistance on the Charts Ahead of Economic… 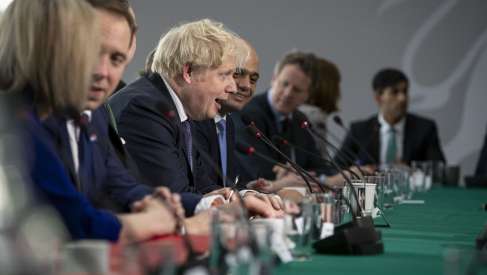 Pound Sterling looks well poised to advance against the Euro, U.S. Dollar and other major currencies in the short-term, with foreign exchange market focus on Thursday tipped to fall on a reshuffle of Prime Minister Boris Johnson's cabinet. 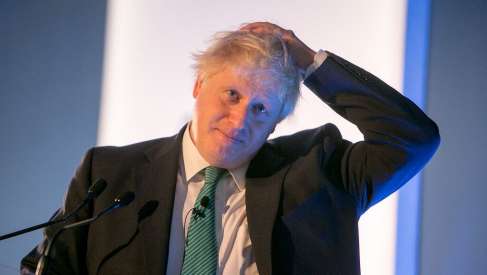 British Pound Outlook Could be Sweetened With Brexit Fudge by Year-end, Capital Economics …

The British Pound faces another rollercoaster ride this year as the Brexit saga opens a new chapter but it's still likely to recover further from the lows seen in 2019 and the outlook could even be sweetened with Brexit "fudge" by year-end, according to forecasts from Capital Economics. 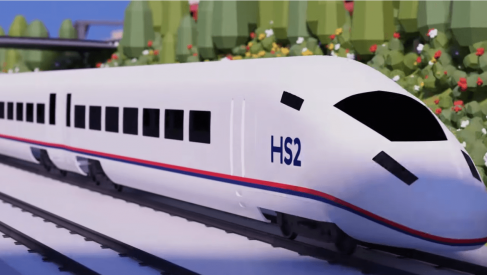 The government's announcement that the HS2 high-speed rail project will go ahead has confirmed the UK could be on the cusp of a fiscal stimulus, that could ultimately provide a solid base of support for the British Pound in the first half of 2020.

Pound Sterling was bid higher on Tuesday, Feb. 11 on the back of new data that showed the UK economy grew in December, while quarterly data showed the economy stagnated at 0% in the final quarter of 2019.