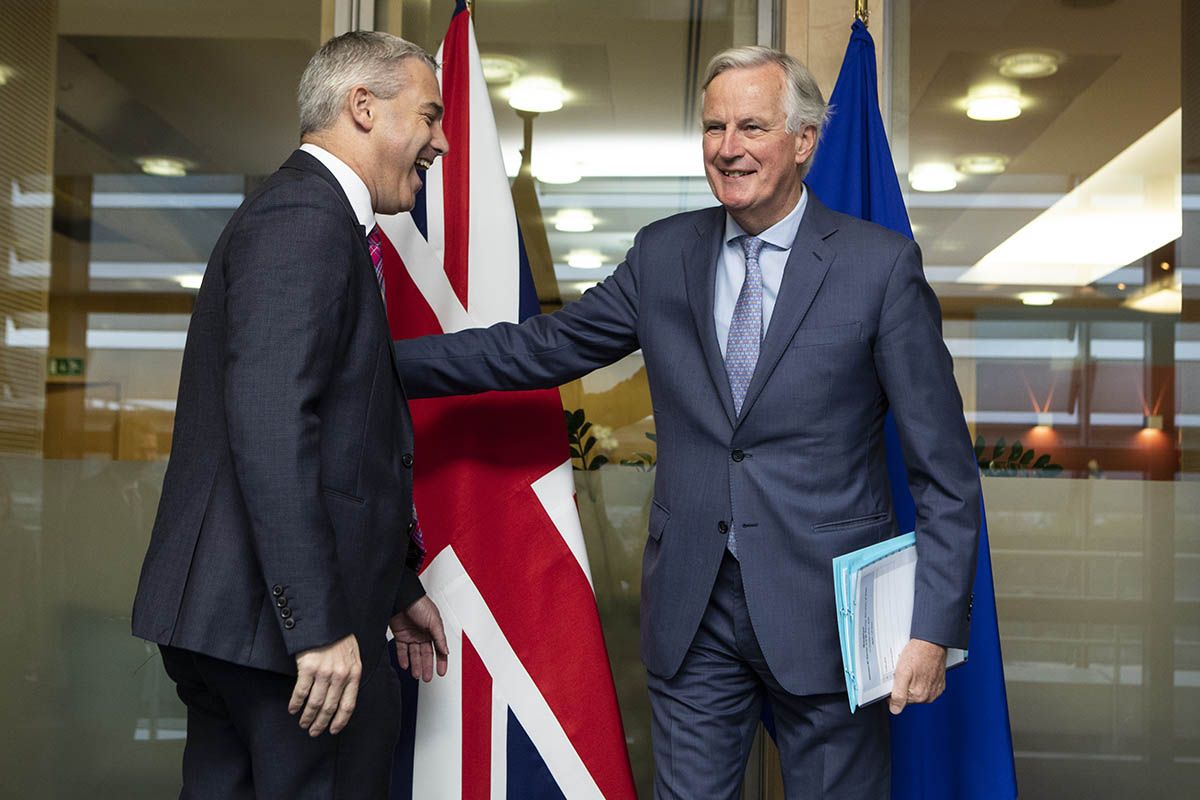 Pound Sterling recorded a 2% advance against the Euro and a 2.50% gain on the Dollar over the course of the past week as a rising expectations for a Brexit deal to be struck between the EU and UK saw the currency outperform all its major rivals.

Indeed, Sterling is the best-performing major currency of the past month, a sign that traders have rapidly pared back on expectations that a 'no deal' Brexit will be occur on October 31.

"By bringing more than three years of uncertainty to an end and preventing a hard Brexit, a deal by the end of the month would be a big positive for the UK and a modest gain for EU27 economies. UK real GDP would likely accelerate from the current sub-1% annualised rate to above 2%," says Holger Schmieding, Chief Economist at Berenberg Bank.

It is little wonder therefore why currency markets view Sterling under a positive light as the odds of a Brexit deal grow.

"Boris Johnson and Leo Varadkar think they can see a path to a Brexit deal and Sterling has had its best 48 hours since the referendum as a result," says Kit Juckes, foreign exchange strategist with Société Générale in London.

Above: Sterling's relative performance over the past month.

"We have heard lots of positive things from the UK, Ireland and EU which suggest a deal may be imminent. While short on details, investors were happy to buy the Pound ahead of the EU summit, which starts on Thursday 17th October," says Fawad Razaqzada, Market Analyst at Forex.com.

However, a critical week for Sterling lies ahead: not only does a deal have to be finalised with the EU, but it must pass through the UK's deeply divided Parliament. We would expect Sterling's rally to extend if next Saturday Parliament passes a Brexit deal.

However, Parliament's failure to pass a deal will almost certainly see the gains witnessed over recent days reversed, exposing those with currency exchange needs to extreme volatility.

Prime Minister Boris Johnson will ask Parliament to back any Brexit deal that he secures from the European Union within 24 hours of the European summit next week, The Times reported on Saturday.

Johnson will introduce a motion on Saturday for a vote asking lawmakers to back any agreement he secures from EU at the October 17-18 summit.

"If a deal is not secured, the PM may be forced to request a Brexit extension. Given that no details have been released, and that Parliament would have to approve any deal, major obstacles still stand in the way," says Simona Gamborini, an economist with Capital Economics.

Preparations for a vote in Parliament come after the European Union agreed on Friday to enter intense 'tunnel' talks with the UK to try to thrash out a new deal allowing the British Pound to notch up a second consecutive day of outsized gains as the mood music surrounding Brexit improved markedly.

UK Brexit Secretary Stephen Barclay met his counterpart Michel Barnier in Brussels on Friday morning, and a statement said they had a "constructive" meeting in which details of the UK's latest proposals for the Northern Irish border were discussed. The negotiators agreed to hold intense talks over the next few days in a bid to present a workable deal to EU leaders at the European Council summit to be held on October 17 & 18, however it remains the case that the Irish border remains the key sticking point.

An EU ambassador told The Telegraph EU leaders "are giving the green light" to Barnier to enter 'the tunnel phase' in the hope of agreeing a deal by next week's EU summit.

The 'tunnel phase' will see negotiators strive for a deal in secrecy, going through the proposals line by line.

A further boost for Sterling came as it appears a key piece in any deals puzzle - Northern Ireland's unionist DUP - have not outright rejected the broad outlines of the proposal they believe is cooking.

According to Steven Swinford, Deputy Political Editor, at The Times, "The DUP is not necessarily opposed to a post-Brexit customs partnership with the EU."

"Provided it doesn't mean that NI is excluded from being able to participate in new trade deals we could be supportive," a DUP source said.

We warn however, that the DUP have not agreed to back the deal, and we know that they will not hesitate to oppose the deal if they feel it falls short of their expectations.

If the DUP fail to support a deal, we would expect a good portion of Eurosceptic Conservative Party MPs to follow suit, ensuring that a deal will almost certainly fail to pass through Parliament.

The confusion and political turmoil such an outcome would bring will in turn likely trigger a sharp reversal in Sterling valuations.

"If no deal is struck and Johnson won a majority of seats in snap elections later this year, a no-deal Brexit would be the most likely outcome. In this case, the UK would be at risk of a recession. Disruption to trade and labour flows at the UK-EU border, plus a likely drop in foreign investment into the UK, would strike a major blow to supply. A further fall in Sterling would drive up import prices and squeeze real demand," says Berenberg's Schmieding.