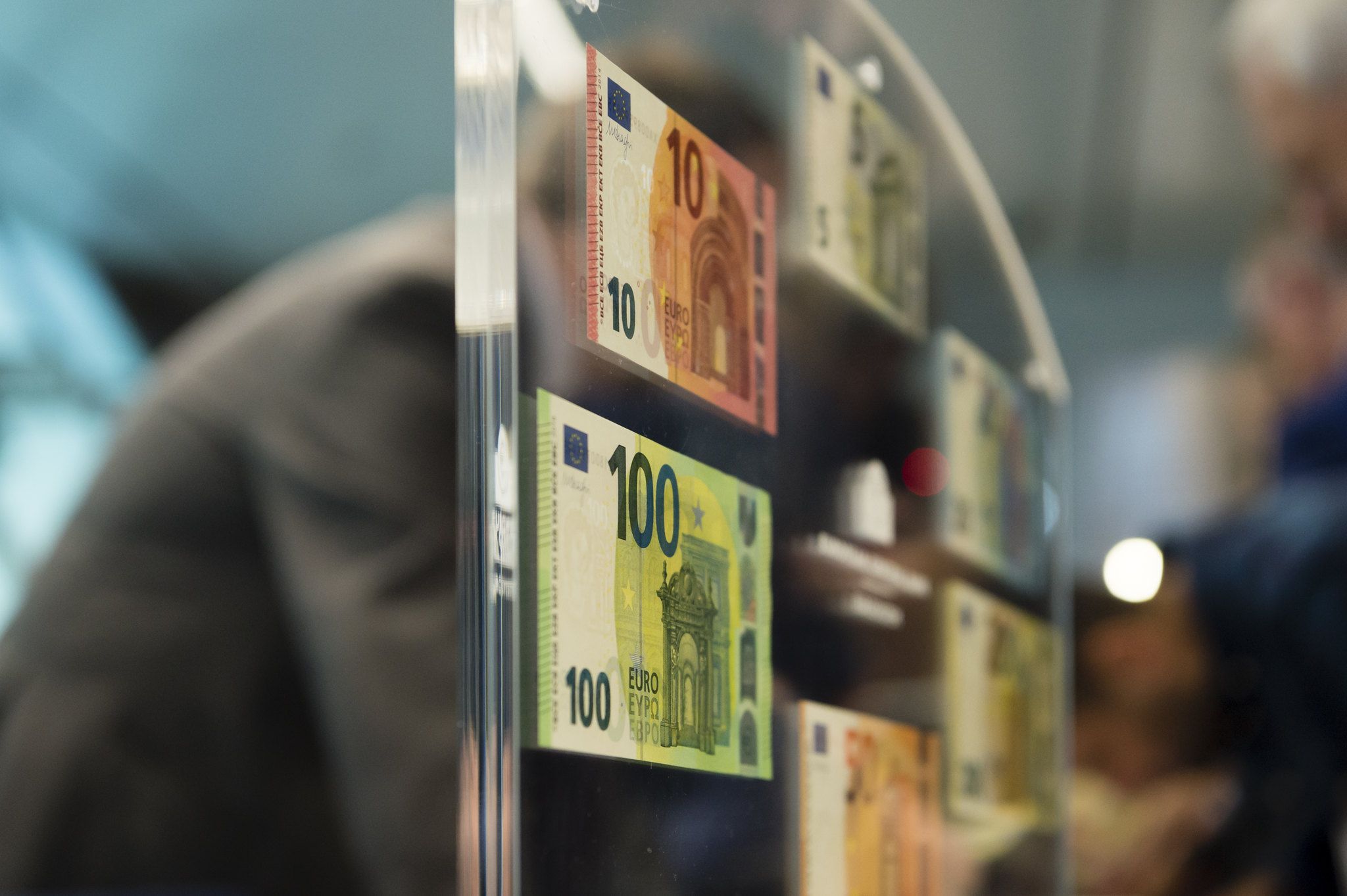 The Euro to Dollar exchange rate (EUR/USD) has risen over the course of two successive days from a multi-year low at 0.9535. Analyst Fawad Razaqzada at City Index queries whether the recovery has legs or is again destined for failure.

The Bank of England's intervention has calmed the bond markets somewhat with yields coming down not just in the UK, but eurozone and U.S. too.

As a result, we are seeing bearish speculators eased off the gas a little, and this is providing some relief for beaten-down currencies such as the euro and other risk assets.

The EUR/USD has today followed the GBP/USD higher.

The latter has been hitting new daily highs every hour or so since the US session started, as BoE's emergency actions are starting to calm turmoil in financial markets.

Correspondingly, the EUR/USD has climbed higher after finding good support around 0.9650 earlier in the day.

Another reason why the euro has been climbing is because of German consumer inflation reaching unprecedented double digits, which has increased speculation that the ECB will have to act more aggressively moving forward.

German CPI jumped to 10% on a year-over-year basis, with the monthly increase of 1.9% also above expectations.

The ECB will have little choice but to carry on hiking interest rates now. It will slowly close the gap on the Fed, which should see the EUR/USD stabilise, if not rise back above parity in the not-too-distant future.

The problem for the euro is that the Eurozone economy is very weak compared to the US.

This is why we don’t expect to see a major recovery in the single currency just yet.

But in light of the turnaround, the EUR/USD could for now reach some of the resistance levels shown on the chart: 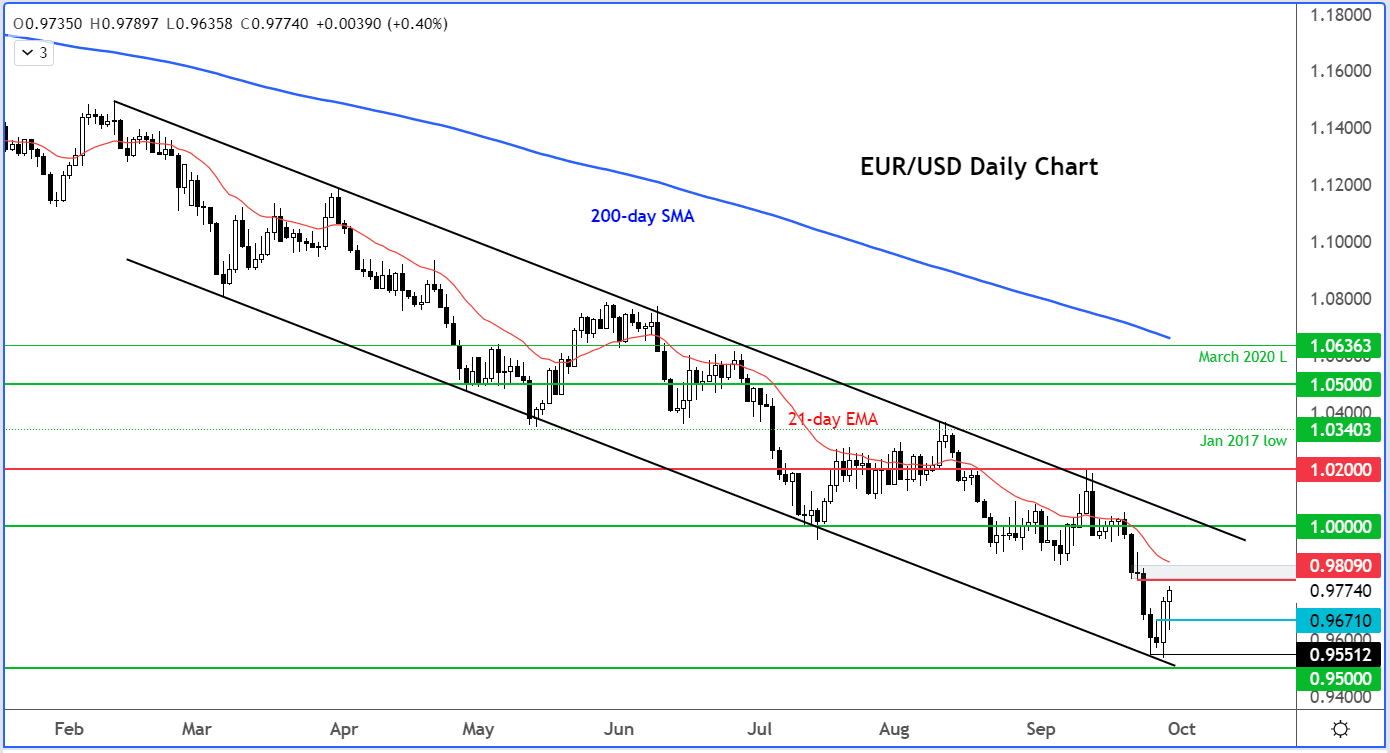 Among these, the first line of defence for the bears is at 0.9810ish, where it had previously paused before the most recent drop to a new low. If it breaks this level on a daily closing basis then the next bullish objective would be the top of the bearish channel at around parity. Only a clean breakout above the channel, and thus parity, will have us drop our long-term bearish bias on this pair.

On the downside, the first line of support now comes around 0.9750, Wednesday’s high. Loose this and 0.9670 would then become in focus, below which will see the bulls get into a spot of trouble again.