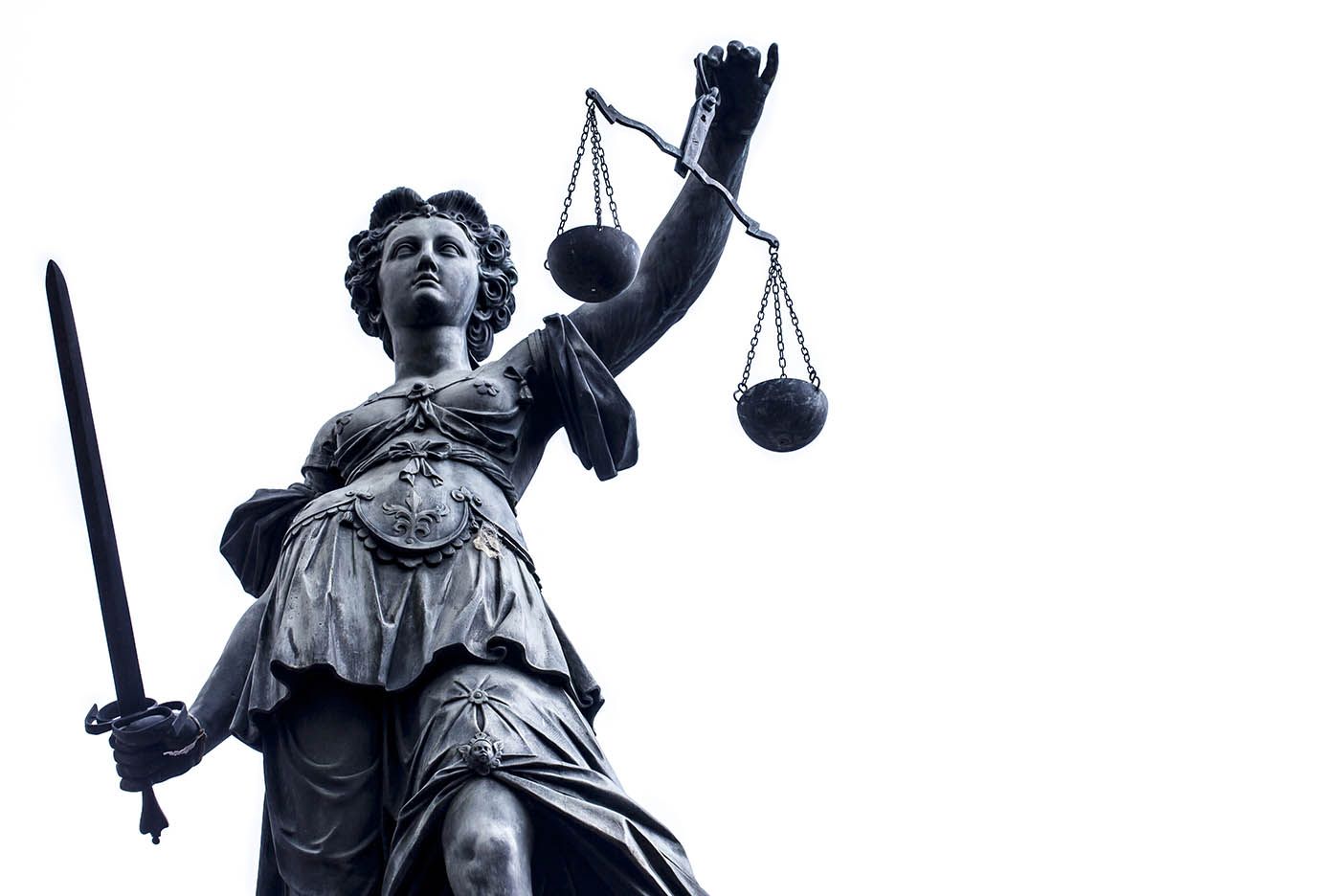 The Euro-to-Dollar exchange rate tumbled to a new 2021 low last week before finding its footing on an important Fibonacci retracement level from which it could attempt a recovery over the coming days, as the broader universe of risks assets stabilises and further Euro depreciation plays out through EUR/GBP.

Europe's single currency kept a brave face on and made a valiant attempt at resisting the overtures of a strengthening Dollar last week but the greenback's newfound appeal to investors, combined with the sheer weight of adverse economic news emerging from Europe proved too much for the Euro to bear.

The Euro-to-Dollar exchange rate ended the week at 1.1792 and carrying a modest intraday gain though not before first having sustained two daily closes beneath its 200-day moving-average around 1.1864, the loss of which has stoked bearish sentiments among technical analysts.

"EUR/USD is in new lows for the year, and we are allowing for a slide into the 1.1695 to 1.1600 band," says Karen Jones, head of technical analysis for currencies, commodities and bonds at Commerzbank. "Rallies will find initial resistance at the 200 day ma at 1.1864 and the near term downtrend at 1.1887."

Europe's vaccine procurement troubles risk seeing the continent trailing rivals in any eventual recovery and are the root of the Euro's burgeoning run of declines, although they're not by any means the only factor to have undermined a EUR/USD rate that had previously risen 10% in the year to January. 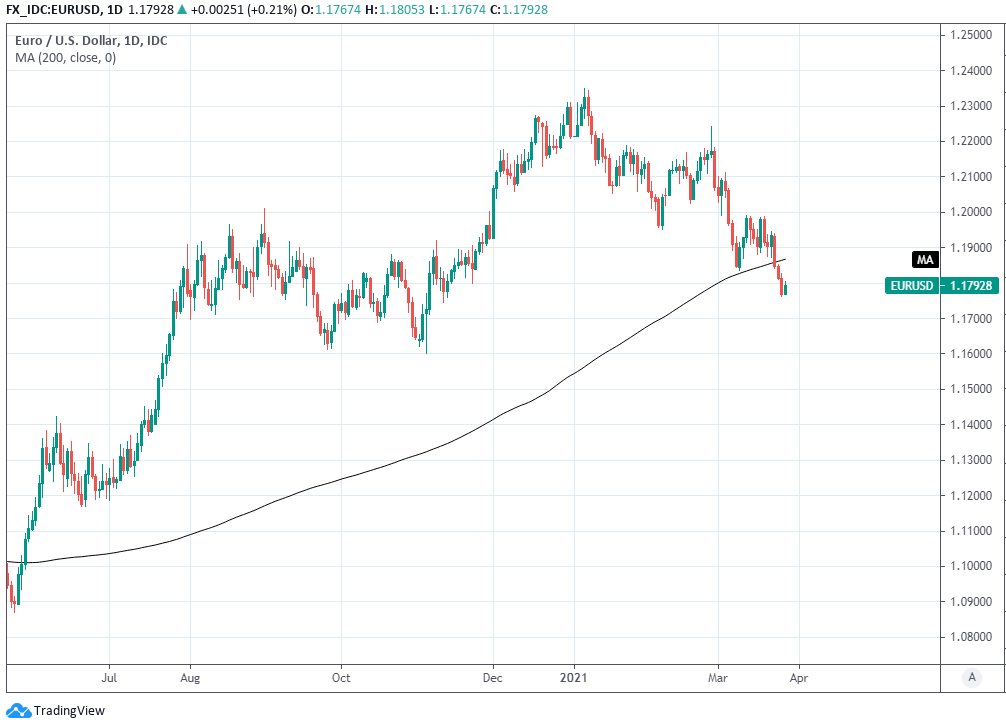 "We went short EUR/USD earlier this year with a target of 1.1750. We almost got there this past week (1.1762). We keep our fingers crossed for a final move below this level in the coming week or two," says Andreas Steno Larsen, chief FX strategist at Nordea Markets.

Doubts about whether the EU-China investment agreement will ever be ratified may have been responsible for some of EUR/USD's declines last week, coming as it did just before IHS Markit PMI surveys suggested Europe owed much of its March manufacturing recovery to overseas demand.

China is the bloc's second largest trade partner and an especially important market for German car manufacturers, although tensions with the world's second largest economy were not the sole political or geopolitical antagonist of the Euro-Dollar rate last week. Germany's Constitutional Court also had its voice heard again, while the U.S. Dollar strengthened in its own right.

"The euro continues to lose ground and is still doing so slowly," says Kit Juckes, chief FX strategist at Societe Generale. "Concern about the slow pace of vaccination and a rise in infection rates completely offset any good news from economic data, and have kept bond yields down, the euro under pressure. What the data do show however, is considerable strength in the manufacturing sector, while services are lagging. No surprise in a global economic recovery."

But despite this and by the time all was said and done on Friday the Euro was in recovery mode having stabilised on the 50% Fibonacci retracement of its June 2020 uptrend, which might continue to underpin the single currency in the short-term, especially if the broader universe of risk assets stabilises this week.

Euro-Dollar still demonstrates a positive correlation with stock markets, which rose Friday, while EUR/GBP tends to be negatively correlated. This means the single currency may be likely to recover against the Dollar but cede ground to Pound Sterling if Friday's upbeat investor mood endures.

However, and for the length of time that EUR/GBP declines remain larger than EUR/USD gains the overall Euro or trade-weighted single currency would be likely to remain under pressure given that Sterling and the Dollar account for an estimated 15% and 20% of it respectively.

"We have been seeing growing signs of the EUR starting to weaken in its own right and on a broad basis, with a clear and large top threatening the EUR Effective Exchange Rate (ECB). We think this top is now on the cusp of finally being confirmed," says David Sneddon, head of technical analysis at Credit Suisse. "This should suggest we should see a move below 1.1695 in due course to warn of a more significant downturn." 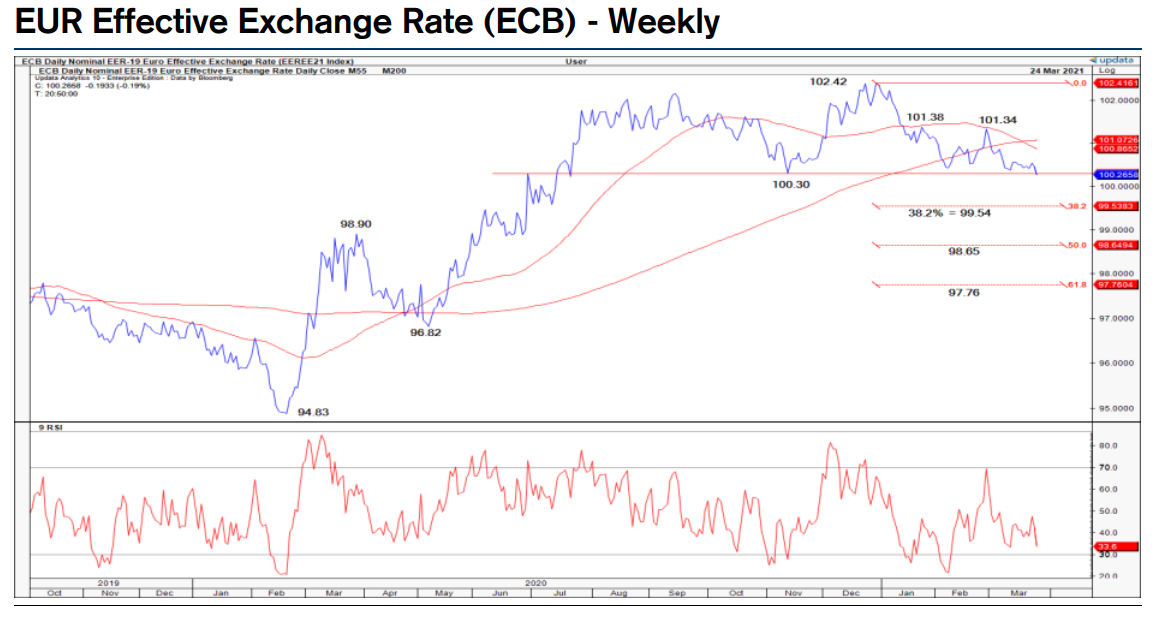 Europe's vaccine lag and the resulting economic vulnerabilities do call for a depreciation of the Euro relative to currencies of better performing economies, although Euro declines against the Dollar have the effect of making it more difficult for other regional currencies to also depreciate in overall terms - given the importance of the Eurozone to many economies.

EUR/USD declines leave other regional currencies in a position where they then have to fall even further against the Dollar to depreciate against the Euro - the currency which most for many economies in Europe - and this has implications for what is and isn't the optimum equilibrium for the major currency complex.

As a result and to the extent that the market is minded to find such an optimum equilibriumit could be the case that further Euro depreciation takes place through the likes of EUR/GBP and other large non-Dollar parts of the trade-weighted Euro this week, rather than EUR/USD.

"Sterling itself is establishing a multi-year base on a Trade Weighted Basis, which would suggest that EURGBP may in reality turn out to be the preferred long-term expression of EUR weakness," Sneddon says. "Look for an eventual clear break below here for a fall to the “measured objective” from the 2020 top at .8430. Whilst this should hold at first, our broader bias would be for an eventual test of long -term support from the 2019 and 2020 lows at .8281/39." 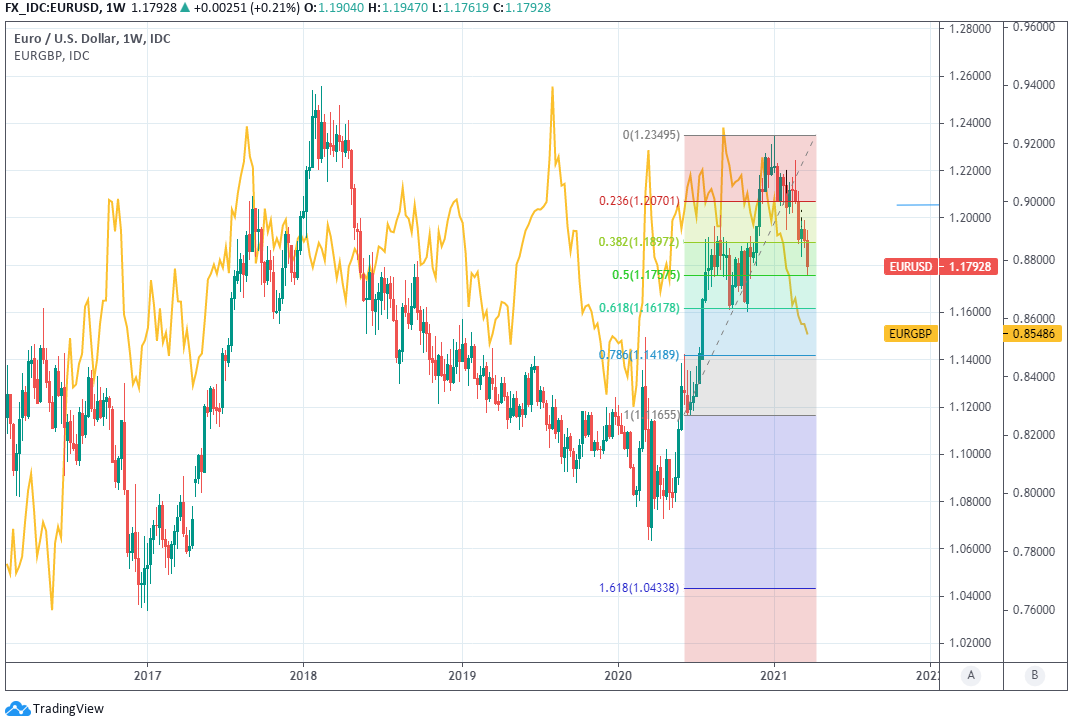 Above: EUR/USD with EUR/GBP (yellow) at weekly intervals with Fibonacci retracements of June 2020 rally.