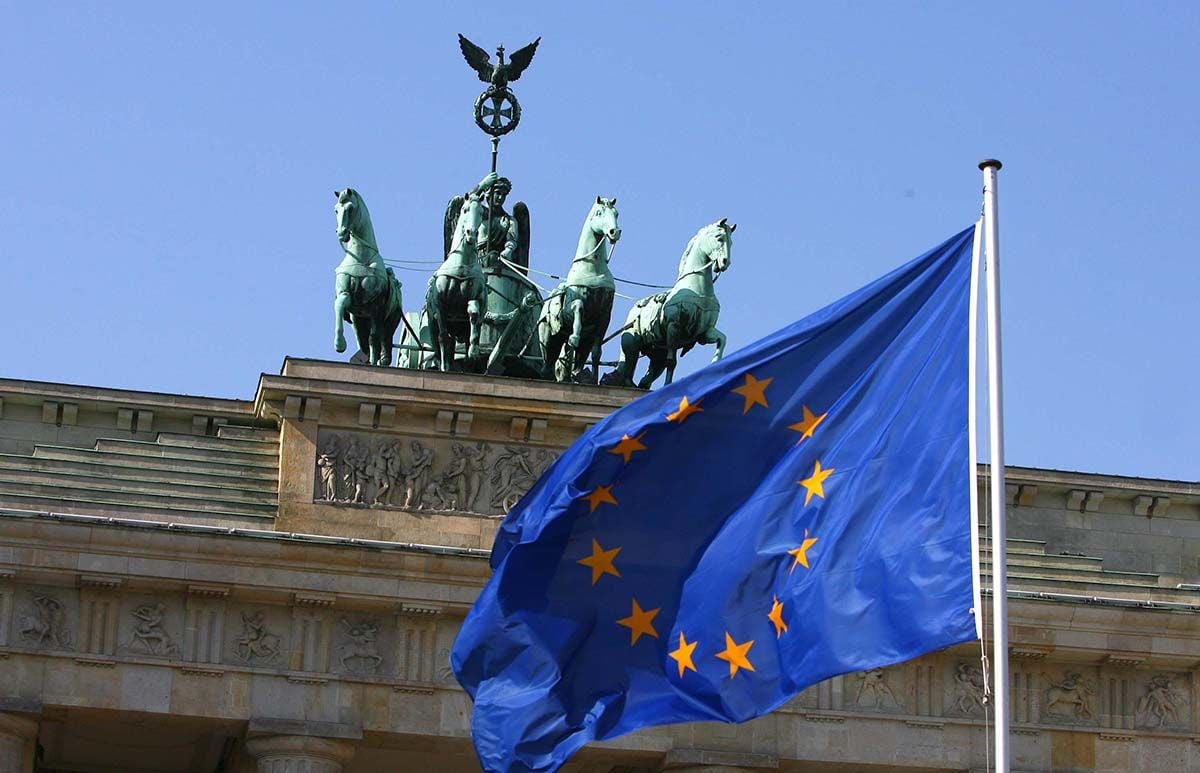 The Euro-to-Dollar exchange rate was on course for its fifth consecutive decline Friday and is increasingly at risk of more losses as economic woes on the continent grow at a time when the U.S. economy is again displaying its exceptionalist credentials.

Europe's single currency did not share in a wave of profit-taking that saw the week's trends in many other exchange rates go into go into reverse in early morning trading, as the Euro was pushed lower by dire German industrial production figures that have all-but confirmed a weak finish to the 2019 year for the continent's largest economy.

"Weakness in the German economy is dragging the Euro lower, with a sharp decline in industrial production building on the December contraction narrative highlighted in yesterday’s factory orders reading," says Joshua Mahony, Senior Market Analyst at IG. "The decline of 6.8% in comparison with December 2018 signals a radical underperformance for a critical growth sector for the eurozone." 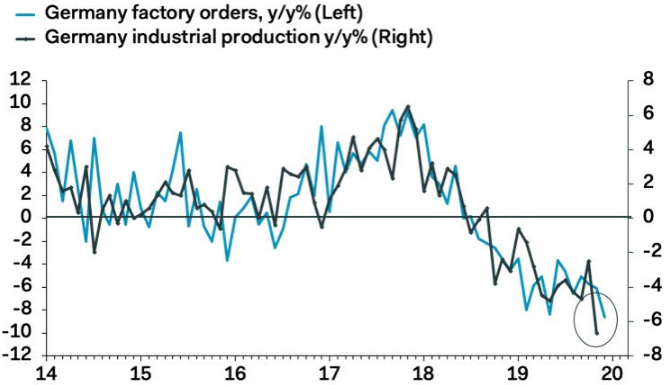 "This headline is terrible, and every bit as poor as yesterday’s new orders data. Manufacturing was weak, but the misery was aggravated by a 8.7% month-to-month crash in construction, which is wild, even for these data," says Claus Vistesen, chief Eurozone economist at Pantheon Macroeconomics. "Meanwhile in the external sector, the 0.1% month-to-month increase in seasonally-adjusted exports was disappointingly weak in light of the 2.2% slide in November."

German industrial production fell 3.5% in December, more than reversing the decent 1.2% increase of November and disappointing a market that had looked for a 0.2% gain. The announcement comes hard on the heels of factory orders that fell sharply for same month, with both following other data that showed the French and Italian economies contracting in the final quarter.

"This pronounced weakness of course came ahead of the coronavirus hit that will be evident in the data in Q1," warns Derek Halpenny, head of research, global markets EMEA and international securities at MUFG. "We remain sceptical for now that the bad data will be enough to shift policy in Germany. The hard data sits inconsistently with most sentiment data...the political line that “recovery is coming” is losing credibility fast."

Eurostat estimates annualised Eurozone GDP growth of just 1% for last quarter, which pales into insignificance when contrasted with the 2.1% expansion of the exceptionalist U.S. economy and simultaneously illustrates the Euro-to-Dollar rate's predicament. The Euro has long been constrained by a disadvantageous interest rate differential with the U.S., which is not only close to 2% but also becoming entrenched by renewed transatlantic growth divergence.

"We still hold the view that it is too early to bet against the USD. Short-term it is plausible that the Euro area, with its larger dependence on exports to China, will be affected more by the coronavirus than the US. Thus, there is currently no reason to believe that investors will change their view on the growth advantage of the US and thereby the inclination to hold USD." says Andreas Steno Larsen, a strategist at Nordea Markets. 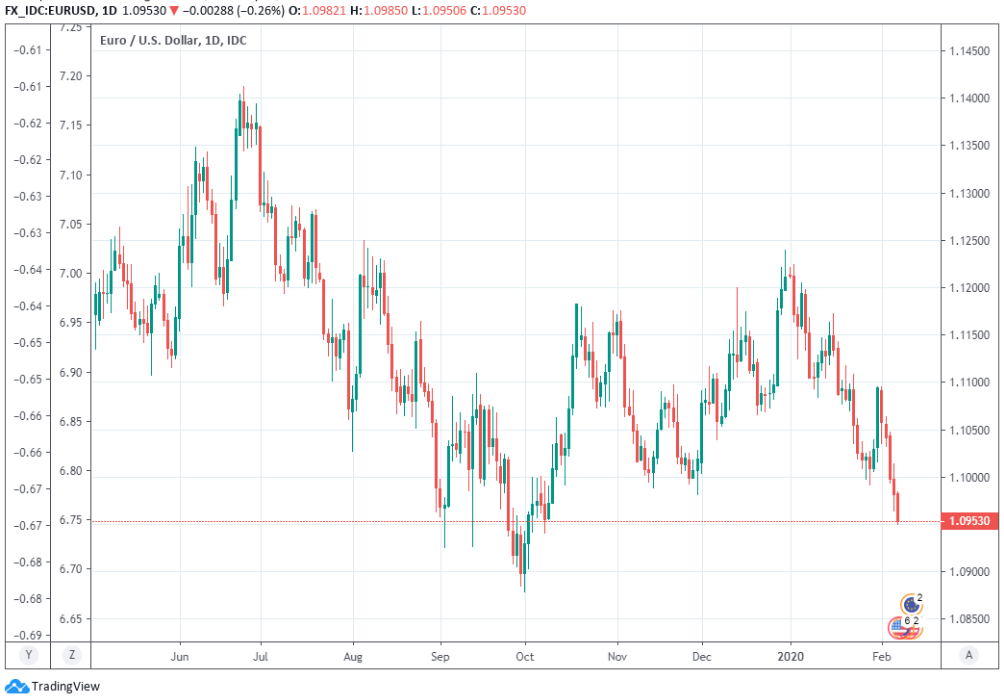 The Euro has broken out to the downside from its four-month range against the Dollar while ceding ground to the Yen, Swiss Franc and Sterling, although the move relative to the greenback is the most significant because it takes place at a time when the U.S. economy is showing remarkable resilience while investors have themselves been slow to recognise the rapidly diminishing case for imminent interest rate cuts from the Federal Reserve (Fed).

"US and CA employment data for January grabs the spotlight, but our focus is on the former. There, we think the market is riding high following the better ISMs and improvement in risk sentiment. The risk of a slightly softer print relative to consensus leaves the USD vulnerable to a temporary retracement — especially if wage growth underwhelms," says Ned Rumpeltin, European head of FX strategy at TD Securities. "We think any follow-through to EURUSD upside should be faded. The region's growth prospects continue dim amid supply chain disruptions from the global viral outbreak. In addition, we think the market will soon re-engage in EUR-funded carry trades."

Current speculative positioning in money markets threatens to stir up a perfect storm for the Euro and all other relatively low-yielding currencies because investors have bet heavily in recent months that at least one rate cut is likely from the Fed this year, while increasingly wagering that other central banks are finished with their rate cutting cycles, when the incoming economic data is increasingly pointing to the opposite happening on both scores.

"It is hard to estimate what the economic impact of virus-induced shutdowns is going to be, but our European economists argue the Euro area is not just exposed via direct trade links to Asia. The US-China trade conflict showed up in EZ trade data but also had a broader impact on European sentiment. H2 2018 saw a sharp slowdown in EZ income growth, matched by slowing growth in household consumption, but the subsequent growth in household consumption has failed to keep track with the renewed growth in real disposable income. Our European economists note a rise in the household savings rate, apparently for precautionary reasons, mirrored by rising pessimism in the economic outlook," says Elsa Lignos, global head of FX strategy at RBC Capital Markets. 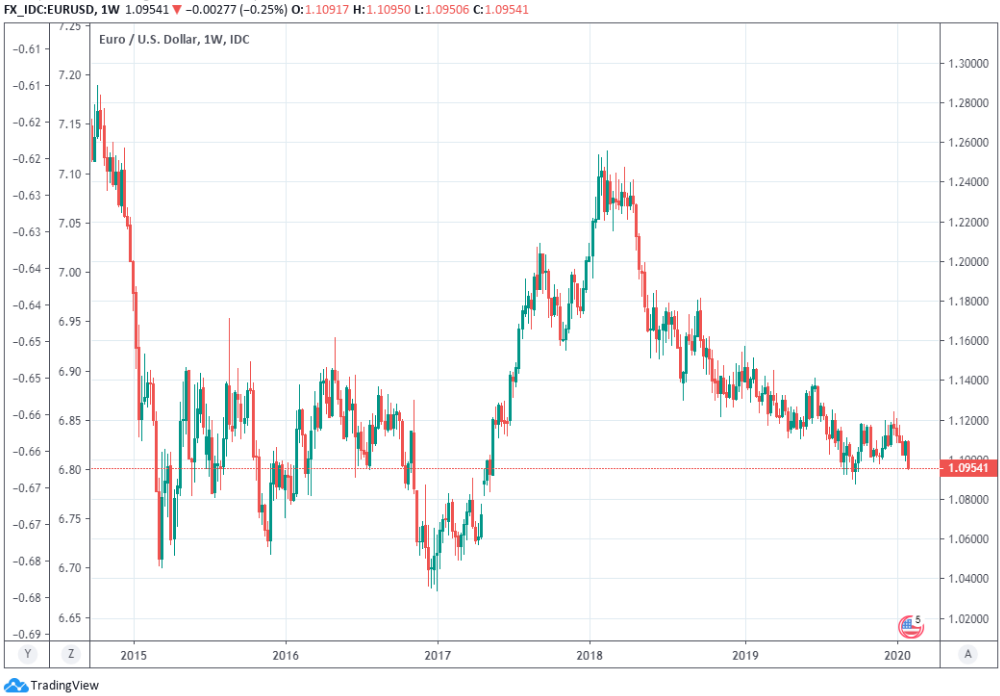 All of Europe's major economies were heading for the rocks again even before the impact of the coronavirus, which has already crippled China's economy in an unprecedented way, shows up in any of the data. And Europe's economic dependence on China is far greater than that of the standing-tall U.S. economy.

"Since the middle of January, the Bloomberg ECO Surprise Index has turned notably higher and fears of US economic slowdown have diminished at the very time fears globally of a slowdown have escalated due to coronavirus," MUFG's Halpenny says. "While the US dollar looks well supported for now and a print close to our prediction would certainly fuel further USD strength over the short-term, the risks further beyond point to some modest reversal of USD strength as we move into Q2 and beyond."

The outlook for the Eurozone economy has darkened and at a time when it's almost certain to get a lot worse over the coming weeks and months.

And with the single currency having fallen through a major level of technical support this week, namely the bottom of a four-month trading range that guards rarely-seen levels beneath 1.09, new multi-year lows could now be beckoning.

"EUR/USD’s sell off is sitting on the 1.0981 29th November low. This, together with the 1.0956/78.6% retracement, offer key near term support and should hold the downside, but rallies will need to regain the 55 day ma at 1.1091 in order to alleviate immediate downside pressure," says Karen Jones, head of technical analysis for currencies commodities and bonds at Commerzbank.