- Commerzbank looks for EUR to hit highest level since May 2018.

The Euro has completed a technical pattern on the charts that brings a year-long downward lurch to an end and puts a potential gain of more than six percent in the cards for the months ahead, according to analysts at Commerzbank, although a recovery might be slow-moving to begin with.

Commerzbank analysts say the single currency has completed a "falling wedge pattern" on the weekly chart, which is expected to give way to a steep recovery. The call comes with the Euro carrying a 1.3% loss against the Dollar for 2019 and a 3.8% loss for the last 12 months.

Europe's unified unit has been battered by a higher-yielding U.S. Dollar in the last year and more recently, by an economic slowdown on the continent that's seen the European Central Bank (ECB) kick the likely date of its first post-crisis interest rate rise further out into the future on two occasions.

However, the ECB opted not to validate the market's increasingly pessimistic view of the outlook for Eurozone monetary policy last week, leading the market to conclude the bank is not quite as downbeat as recent economic developments had suggested it might be.

The price action that followed last week's ECB meeting was instrumental in engineering the setup now present on the weekly charts.

"EUR/USD has charted a weekly close above the 2018-2019 downtrend. This completes a falling wedge pattern with a 1.1990 upside measured target. To really ignite upside interest a close above the 200 week moving-average at 1.1347 is also probably needed. Initial upside target will be the 200 day ma at 1.1366 and then the 1.1570 2019 high," says Karen Jones, head of technical analysis at Commerzbank. 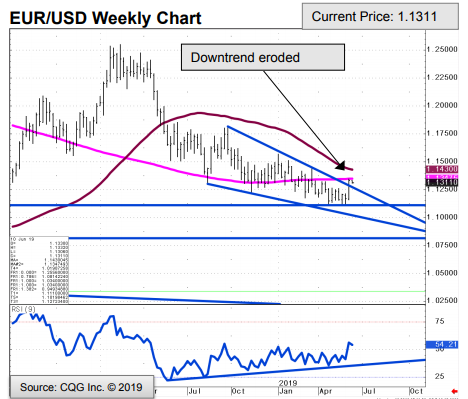 Jones says the Euro-to-Dollar rate should find support at 1.1235 and 1.1175 in the event of any weakness in the days and weeks ahead, but achieving a weekly close above the 1.1347 level will be key to drawing in sufficient buyers to get the market back toward and eventually above the 2019 high at 1.1570.

Wedge patterns are chart formations where trendlines drawn from above and below a price series converge into an arrow shape, with a reversal signalled when the price breaks above or below the upper or lower trendline.

Pound Sterling Live technical analyst Joaquin Montfort says "upside breakouts from wedges can often result in strong and sustained rallies higher" by an exchange rate. Commerzbank's official forecast is for the Euro-to-Dollar rate to end 2019 at 1.16, although it's said risks are tilted to the upside.

"We see a wedge bottom still forming with bullish TD Sequential signals and some momentum divergence. A weekly close above 1.1240 confirms a wedge bottom and is bullish," writes Bank of America's Paul Ciana, last week.

Commerzbank is not the only firm with technical analysts who've been watching Euro-to-Dollar rate price action closely in order to gauge whether the above referenced wedge pattern would complete in favour of an upside breakout, as the Bank of America team has also been watching closely.

Other firms have also offered similarly bullish predictions for the Euro-to-Dollar rate since last week's European Central Bank meeting although most are 'fundamental' in nature, which means they're contingent on economic and financial factors rather than studies of trends and momentum on the charts.

"EURUSD has broken the 1.1285 technical level, and a break of the upper end of the channel at 1.1310 may catalyse the next leg higher. ECB President Draghi sounded more upbeat than markets expected, while more Fed speakers have moved toward considering a rate cut, suggesting room for EURUSD upside," says Gek Teng Khoo at Morgan Stanley. 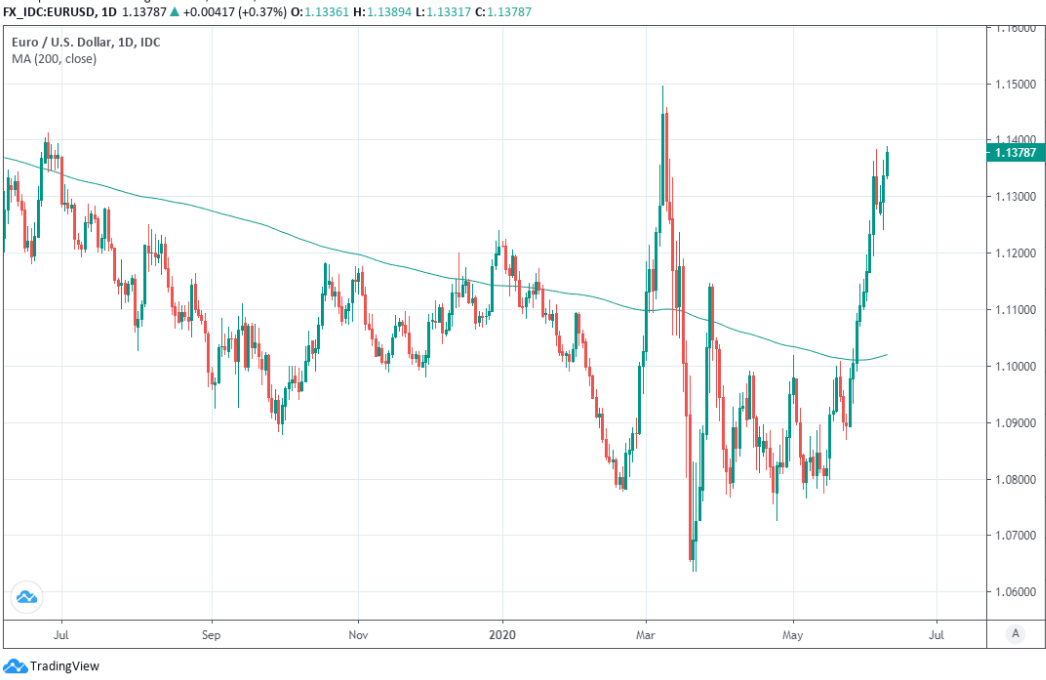 However, markets were at that point betting the bank would cut its interest rates by around 10 basis points over the subsequent year and the ECB chief's guidance appeared to contradict market pricing.

"Eurozone economic data has also stabilized, albeit at low levels. Risk assets staying under pressure should also provide some support for EUR as investors unwind some of their EUR-funded carry trades, which implies EUR buying," Khoo writes, in a recent note to Morgan Stanley clients.

The ECB's failure to validate market pessimism about the Euro outlook came against a backdrop of an increasingly challenging interest rate context for the U.S. Dollar, which has fallen in recent weeks due to speculation the Federal Reserve (Fed) will soon cut its own interest rate.

Changes in interest rates are only normally made in response to movements in inflation, but impact currencies because of the influence they have on capital flows and their allure for short-term speculators.

"Markets already discount substantial Fed easing and that rate dollar differentials may not substantially narrow from here and the ECB was very close to easing last week," warns Chris Turner, head of FX strategy at ING Group. "We suspect that EUR/USD finds it tough going on the upside (perhaps limited to the 1.1350/1400 area) and could easily sink back to the 1.1250/60 area." 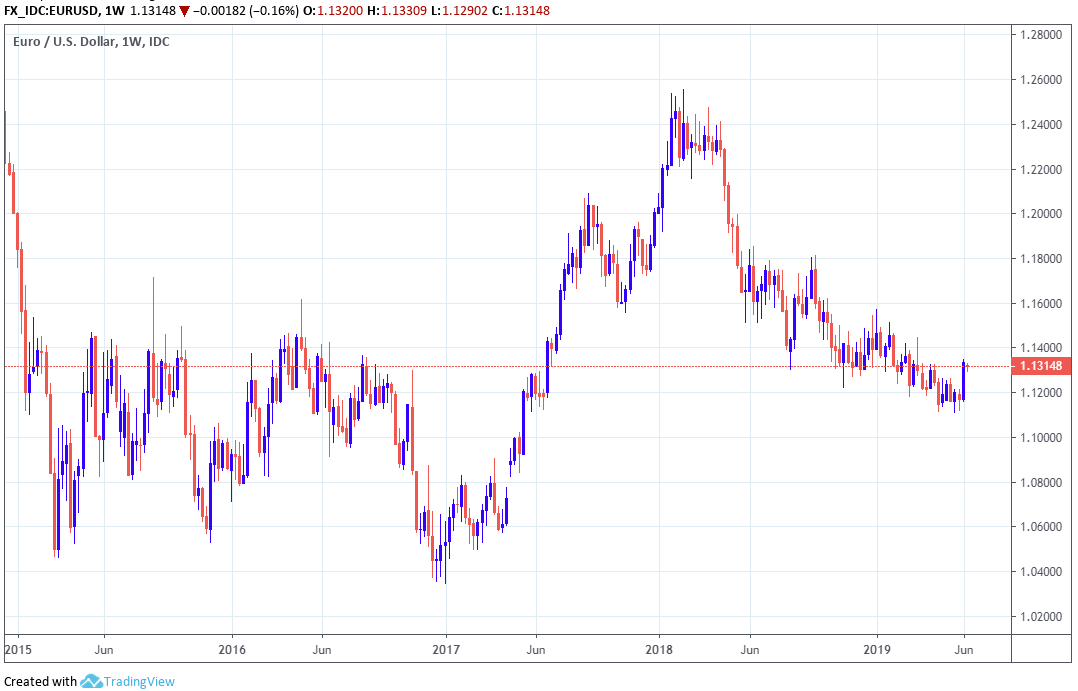