- And single currency can recover even if ECB does not hike rates.

- But storm clouds hanging over continental economy must clear first.

The Euro-to-Dollar rate's downside potential from current levels is limited according to analysts at global banking giant MUFG, who say the rate will still rise this year once uncertainty about the economic outlook lifts.

Negative news about the current health and future prospects of the Eurozone economy has flooded in thick and fast this year yet Europe's single currency has fallen by only -0.29% against the Dollar.

This is despite Italy having entered recession amid speculation the German economy could itself be teetering on the edge of a downturn. Growth in the bloc's other economies also appears to have come off the boil too, prompting a response from the European Central Bank (ECB) in January.

The ECB has acknowledged that risks to the economic outlook are now tilted to the downside and hinted strongly that it may be 2020 before the bank is able to lift its interest rate from current record low levels, when only a few short months ago markets were anticipating a hike after the summer of 2019.

"We believe part of the resilience of the euro in the face of negative macro news reflects the euro-zone’s substantial current account surplus, in large part due to Germany. Indeed, Germany’s current account surplus is currently close to 8.0% of GDP and recent data confirmed a budget surplus last year of 1.7% of GDP," says Lee Hardman, a currency analyst at MUFG. 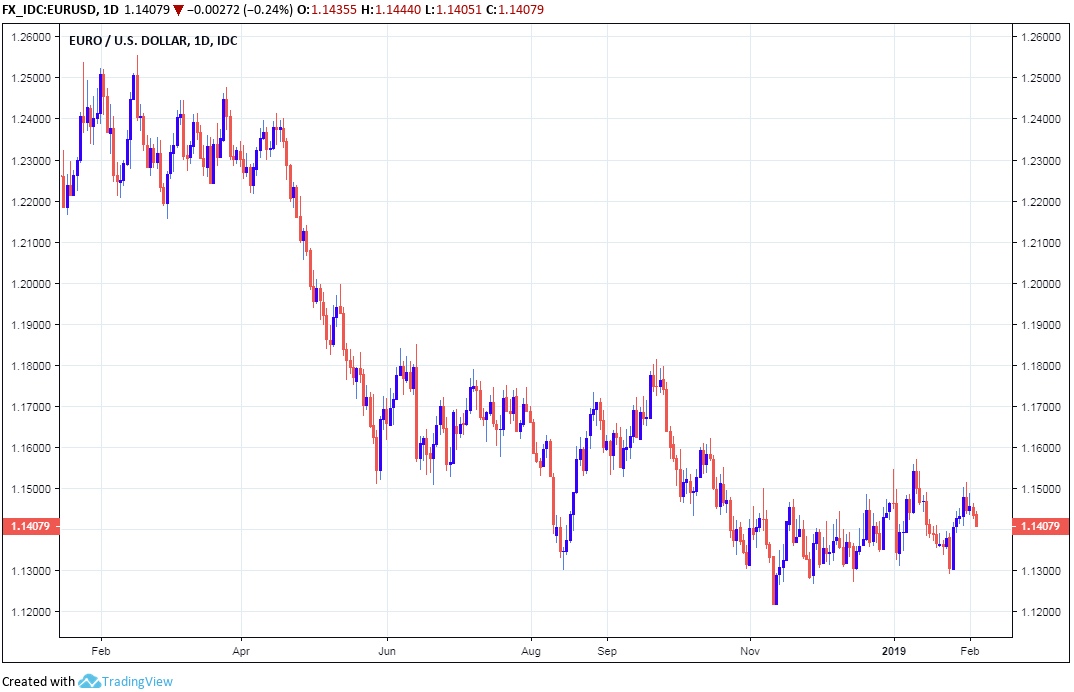 Europe's single currency has scope to act a harbour of serenity in times of uncertainty for investors and the currency's resilient performance this year as well as since the eleciton of President Donald Trump demonstrates that this view is shared by investors, the Japanese banking giant says.

Enormous flows of foreign money into the German economy ensure the net difference between inflows and outflows will be positive each year, providing investors with a certain amount of insurance in an uncertain world, even if for political reasons the Eurozone itself is not known as a bastion of stability.

This has helped make the Euro the second best performing G10 currency since Donald Trump was elected in the U.S., and should ensure a continued strong performance once the economic outlook stabilises.

"We continue to believe a ‘no-deal’ Brexit will be avoided while President Trump is likely to be cautious and avoid escalating the trade conflict with China by raising tariffs further. Finally, China policy action should help contain the degree of slowdown, which will be important for helping support eurozone export demand," Hardman says, in MUFG's monthly review of currency markets.

Eurozone GDP rose by just 0.2% for a second consecutive quarter during the final three months of 2018, in line with the recent consensus but defying earlier forecasts for a rebound in the pace of economic activity into year-end.

That means the Euro area economy grew by just 1.8% in 2018, down sharply from 2.3% in 2017, after growth slowed at the beginning of the year and a litany of other headwinds further stymied activity during the second half.

The U.S. trade war with China was behind much of the decline although new EU rules governing the automotive emissions testing process and uncertainty over the trajectory of the Brexit negotiations was also seen at play too. 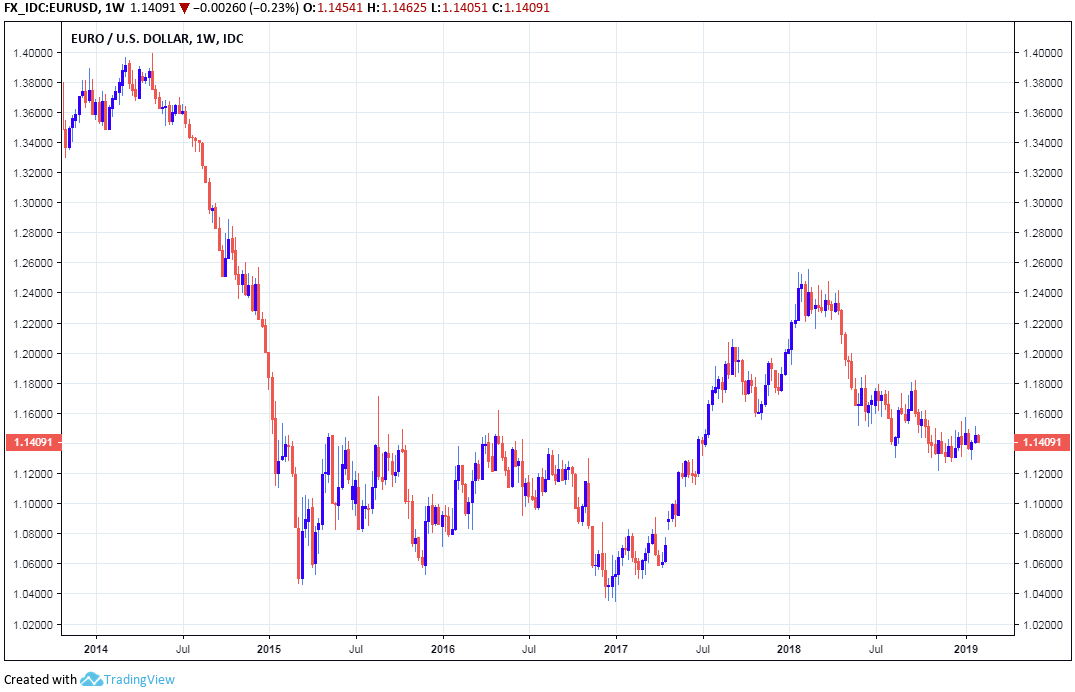 "We expect the macro-economic outlook to gradually improve and certain temporary factors hitting growth in Europe to subside. Even with the ECB remaining on hold this year, we see prospects for a gradual move higher for EUR," says Hardman.

MUFG has abandoned its forecast for a 2019 interest rate rise from the ECB, which the banks says will mean Eurozone bond yields stay lower for longer. That could mean there is less upside for the Euro than was previously thought, but it doesn't automatically mean a moribund performance for the year overall.

Negotiators from the U.S. and China are attempting to reach a deal that ends the trade war before a March 01 deadline that'll see U.S tariffs on imports from China more than double to 25%. If they are succesful then a major headwind for the Eurozone economy and a considerable source of uncertainty will have been removed.

MUFG also forecasts that the UK will have reached an agreement providing for a smooth exit from the European Union by the end of March and that Europe's automotive sector will soon adapt to new EU rules, offering some respite to the German economy.

Once those headwinds are out of the way the Euro will then be able to appreciate. MUFG forecasts the EUR/USD rate will rise to 1.16 by the end of March and that it will finish 2019 all the way up at 1.22.