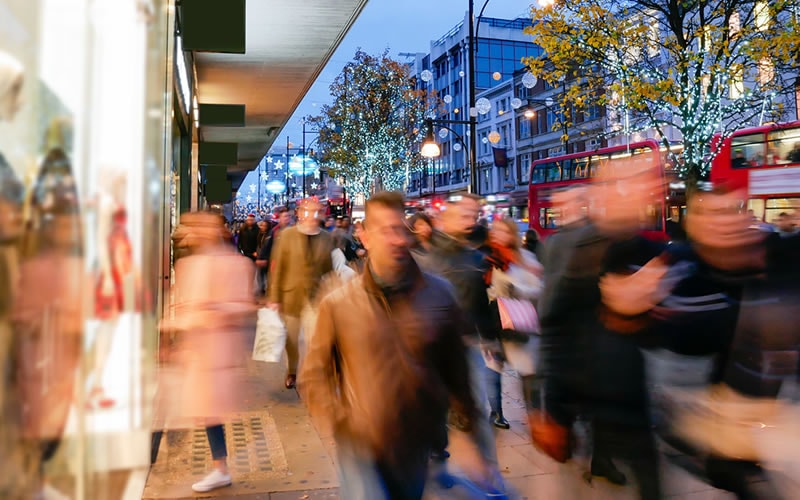 Retail sales surged in November. Focus: "Sufficient Progress", Bank of England and traders’ reactions to the “amendment 7” defeat of the government in parliament.

The Pound advanced against the Euro and US Dollar Thursday after Office for National Statistics data showed UK retail sales surging in November.

Retail sales rose by 1.1% during the month, up from the 0.3% growth seen in October, and far ahead of the consensus estimate for an increase of 0.4%.

Sales of electrical household appliances were the biggest contributor to growth, much of which the ONS attributes to Black Friday activity in the final week of the month, which took household goods sales growth to +2.9%.

Annual retail sales growth was 1.6% in November, while total average store selling prices were up 3.1%, with prices rising across all store categories. Food stores had the largest increase in selling prices for the month at +3.6%.

Price growth is notable in the context of the Bank of England’s monetary policy statement due later on Thursday.

"However, we would not get too carried away by the figures. Indeed, in recent years, Black Friday discounting has generally led consumers to do their Christmas shopping earlier than usual, rather than making many additional purchases."

The UK economy has regained some of its lost momentum in recent months, with third-quarter GDP growth rising to 0.4%, up from the 0.3% rate of growth seen in the first two quarters.

"Even if retail sales volumes were to drop by a monthly 1%, they would still post a solid 0.8% quarterly gain in Q4 – matching Q3’s rise," says Gregory.

Thursday’s retail sales numbers support expectations the economy continued to build momentum in the fourth-quarter, given the extent to which recent economic growth has been powered by the consumer.

"And with inflation likely to start to fall back and surveys suggesting that pay growth will pick up some pace, there should be scope for retail spending volumes to pick up more momentum in the New Year," Gregory adds.

Above: Pound-to-Dollar rate at hourly intervals.

Bank of England, EU Council and "Amendment 7" in Focus

Thursday’s data comes closely on the heels of the November inflation number, which showed the consumer price index rising above the 3% threshold for the first time since April 2012, taking it to 3.1%.

It also comes at the opening of an action-packed session for the Pound, which marks the beginning of the December European Council summit, brings the latest Bank of England policy statement and traders’ reactions to the “amendment 7” defeat for the government in parliament.

“We expect the MPC to err on the side of caution (12.00 GMT), with the Committee likely to vote unanimously in favour of leaving its policy rate unchanged as they continue to assess the impact of November’s rate hike,” says Finn McLaughlin, another economist at Capital Economics.

The Bank of England widely expected to hold the Bank rate at 0.50% and to make few, if any, changes to its accompanying statement.

This is after it raised its interest rate by 25 basis points for the first time in a decade back in November. Assuming all goes according to forecasts, Sterling might struggle to draw a further boost from Thursday’s statement.

"The BoE policy announcement should validate the pricing of the front end of the curve," says Guy Stear, head of fixed income research at Societe Generale.

"With data not having moved definitively in either direction since the November rate rise, we expect the MPC to continue with the message that rates should rise two more times over the coming 2-3 years. If this is the case, then the fron end is appropriately priced and should remain range bound."

Prime Minister Theresa May is expected to attend the EU summit, with a view to securing a vote from the council that enables Brexit negotiations to move along to the subjects of trade and transition in the new week.

This is a pivotal moment for Sterling, that could be the difference between a further gains or renewed losses for the currency ahead of year-end, although a formal announcement on “sufficient progress” is not expected until the summit concludes Friday.