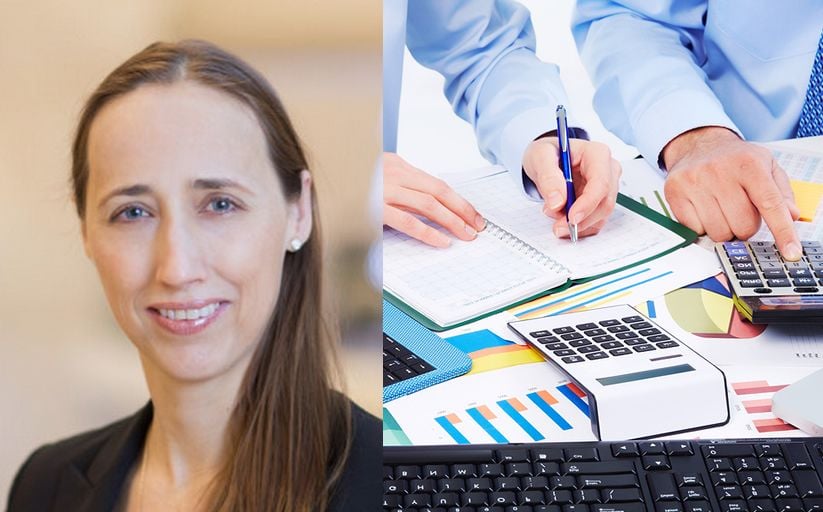 Above: Georgette Boele at ABN AMRO sees a modest appreciation in the Pound in 2018 and 2019.

Pound Sterling is forecast to rise against the Euro over coming months thanks progress in Brexit talks as well as rising U.K. real yields relative to Eurozone yields.

The call by ABN AMRO Bank N.V. is made towards the end of a year that has seen Sterling decline 3.36% against the Euro at the time of writing; largely as a result of the political uncertainty placed on the currency by Brexit and a slowdown in U.K. economic growth.

However, analysts at the Dutch-based bank reckon we should be watching the impact falling inflation will have on the currency in 2018 via the upward pull on “real yields” such a fall in prices tends to have.

“Sterling is set to outperform the Euro in 2018. We expect the 10-year UK real yields to improve mainly because of a drop in inflation due to the fact that currency weakness in 2016 will fall out,” says Georgette Boele, a senior FX strategist at ABN Amro.

The '10 year yield' is the coupon paid on 10 year government bonds - a massive investment asset for both local and international investors. Typically, when the yield on government bonds are higher in one country than in another we would expect money to flow to the higher yielding asset.

This flow of investor capital in turn drives up the value of the recipient country's currency; in this case Sterling. 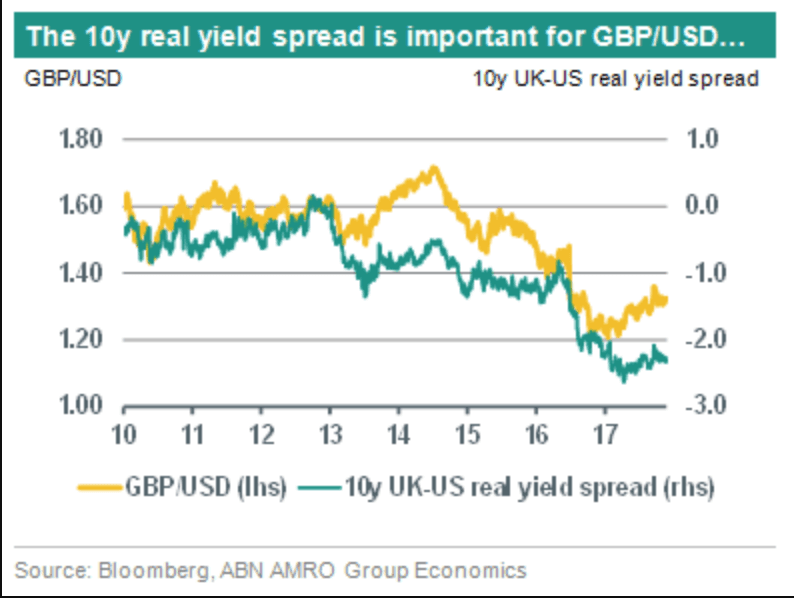 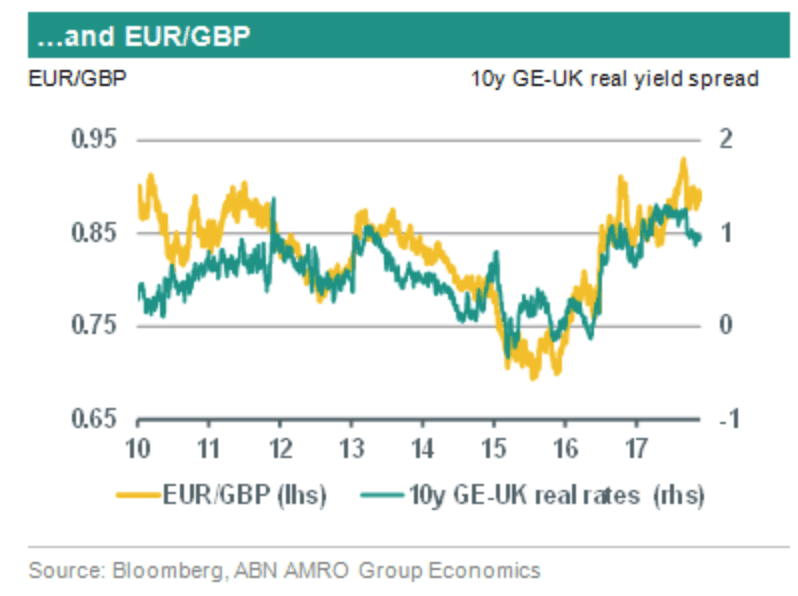 Above: The Pound follows the yield.

The argument being made by Boele and her team is that the yield on UK government debt in 2018 will be heading in a Sterling-supportive direction relative to the Euro.

UK inflation reached 3% in September and stayed there in October but most economists have forecast it to begin falling back at some time in fourth-quarter.

With a lower value for inflation, government bond yields would be worth more to investors, which would support the Pound Sterling as it would act like an interest rate rise just without the change in the nominal rate.

“This improvement in real yields is more substantial than the rise in real yields in the Eurozone. US real yields will probably stay around current levels. Moreover, we expect sterling to profit from temporary weakness in the euro,” says Boele.

There would be a knock-on effect for GDP too. The nominal GDP that we don’t hear very much about would be worth more, delivering a boost to the “real GDP” written about in the press without anybody needing work.

Of course, Brexit will continue to play a strong role in Sterling-Euro direction in 2018 and progress in negotiations is key to underpinning the Pound.

“In addition, our base-case is that the U.K. and E.U. will reach an agreement, which achieves some level of free trade (but less than under the current arrangements) as well as a transition period,” Boele adds.  This would be constructive scenario for Sterling.”

UK and European negotiators are close to reaching an agreement on the “divorce bill”, citizens rights and the Northern Irish border, which would allow for the European Council to vote in December to allow talks to move forward to the subjects of trade and transition early in the New Year.

Efforts to reach an agreement stalled Monday but are expected to conclude by the end of the week. The Pound has risen around 2% against the Euro and US Dollar since reports of a possible deal first emerged last week.

Too Cautious on Interest Rate Expectations?

“It is likely that Sterling strength is modest because financial markets anticipate one 25bp Bank of England rate hike in 2018 and one in 2019,” says Boele.

Boele and the ABN team forecast no rate hikes from the Bank of England in 2018, due to the fall in inflation, although they have two penciled in for 2019. This is the foundation for ABN’s forecast that Sterling will rally once into 2019.

Market expectations are currently suggesting one interest rate rise is due in September 2018, therefore, should the Bank raise rates as markets expect the forecasts provided by ABN AMRO might have to be pushed higher.

ABN AMRO's directional predictions for Sterling at the start of 2017 proved to be on the money.

At the time analyst consensus was that GBP would be vulnerable for another considerable sell-off that expected GBP/USD to stabilise in the 1.20-1.25 area.

Early in the year, ABN AMRO signalled well in advance that sterling would unlikely move lower because of the huge net Sterling shorts in the market indicating that currency markets were already positioned for the worst possible outcome.

Furthermore, ABN AMRO "always argued that Sterling has been extremely cheap from historical point of view. Therefore, the risk was for a higher and not lower Sterling."