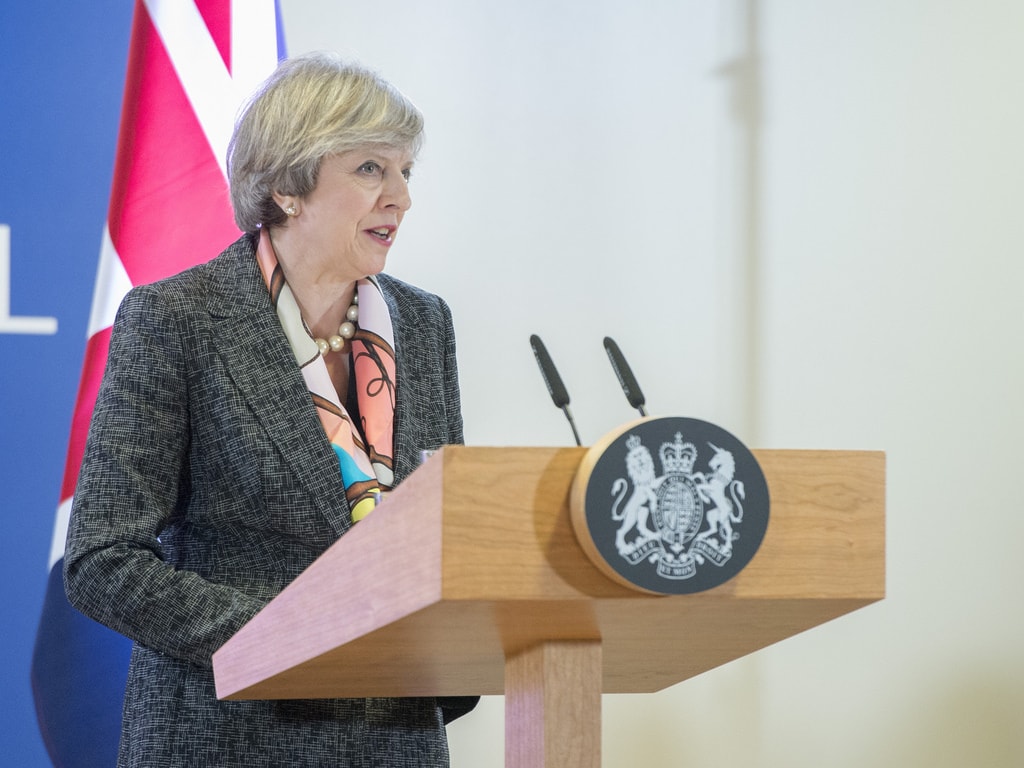 Above: Theresa May will update on the progression of Brexit talks ahead of the keenly-anticipated EU conference due mid-month. (C) European Commission

The Pound has jumped between gains and losses this afternoon on confirmation the U.K. and E.U. are still not ready to move Brexit talks forward beyond the first phase.

U.K. Prime Minister Theresa May and European Commission President Jean-Claude Juncker have confirmed an agreement on moving Brexit talks forward has not been reached, despite earlier suggestions the two sides were close to agreement.

The Pound rose on earlier hopes that all issues - particularly the issue of the Irish border - had been solved. However, when news broke that no deal had in fact been reached, the currency fell back.

But, the Pound subsequently recovered on confirmation from Juncker in his appearance before the press that a deal is very likely soon.

Juncker told reporters that May is "a tough negotiator" and is "defending Britain with all the energy she has."

"It was not possible to reach an agreement today" and "there are Just two or three issues outstanding" says Juncker.

We are narrowing our positions "thanks to the British Prime Minister" says Juncker, adding "I am still confident we can reach agreement before the E.U. council meeting".

These constructive words from one of the U.K's toughest critics will have soothed trader nerves and allowed Sterling to ultimately remain supported.

It has been a day characterised by fevered debate over the future of the Irish land border with the Pound rallying on leaks suggesting Northern Ireland would maintain some form of regularly compliance with the E.U. in order to ensure no borders were erected.

This appears to have been proof the U.K. had bent to the the Irish government's wishes; however Northern Ireland's largest party the D.U.P. soon hit the airwaves in the wake of the leaks maintaining they would in no way countenance any divergence with the rest of the U.K.

The action of Sterling reminds traders why it is dangerous to trade leaks and rumours as an apparent telephone call between May and D.U.P leader Arelene Foster during May's lunch with Juncker appears to have sunk any deal.

Hearing it was the DUP call that sunk today's chances of a deal - Foster held her press conf, 20 mins later May leaves talks with Juncker to call her, goes back into the room and the deal is off

The D.U.P's response suggests they might not have been privvy to an initial agreement struck betweek the Irish and U.K. governments and new solutions will therefore have to be sought.

Either way, news that no agreement has been reached has taken the wind out of Sterling's sails and the currency has retraced recent gains, however expect losses to be shallow in anticipation of that final breakthrough.

"The late afternoon news about no deal meant that Sterling surrender most of its gains, but there was little help for the FTSE 100, despite gapping higher this morning. It looks like there will be a deal, but just not yet. This is exactly how the eurozone crisis played out, so we can expect some surprises along the way before the agreement is sorted," says Chris Beauchamp, Chief Market Analyst at IG. 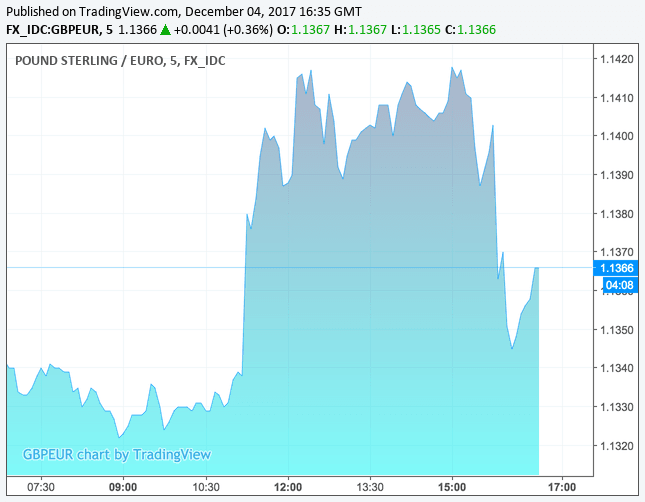 Above: The Pound endured a volatile day of trade against the Euro but ultimately ended the London session higher than where it started.

The British Pound advanced from a soggy start in late morning trade in London on reports the U.K. will concede to demands from Ireland that there will be no regulatory divergence on the island of Ireland following Brexit.

The news appears to have been leaked to BBC sources by Belgian MEP Philip Lambert. "MEP who has seen agreement tells us draft text of today’s deal includes concession from UK on Irish border - in 'paragraph 48' - 'the pie is almost ready' he says," reports the BBC's Laura Kuenssberg.

We stressed at the time the reports had not been confirmed and Northern Ireland's D.U.P. who have been deeply opposed to the Irish Government's proposals thus far - indeed this warning appears to have been right.

The leaks were nevertheless snapped up by currency markets who are trading Sterling according to perceived progress in Brexit negotiations.

The leaks suggested the sticking point that is the Irish border had been cleared and would therefore allow the U.K. and E.U. to move onto discussions over the future trading relationship in early as 2018.

The news came ahead of crucial talks between the U.K. Prime Minister Theresa May and European Commission President Jean-Claude Juncker, the pair met over lunch which dragged on for hours, a sign that some changing in position was underway.

News of progress on Brexit negotiations in late November propelled Pound Sterling higher, earning it the status of November's best performer. More signs of such progress will be required if December is to yield further gains for the currency.

In addition, it has been confirmed May is also meeting European Council President Donald Tusk at 15:00 G.M.T, a development that added another dimension on the day's proceedings.

According to a European Commission press contact, Tusk had cancelled a trip to the Middle East this week "due to a critical moment in the Brexit talks and due to consultations on draft guidelines for the second phase of talks."

To us that sounded like a breakthrough and commencement of trade talks was imminent; which was good for Sterling.

"At present the market is reacting to speculation and scraps of information from the negotiating table. A confirmed deal would see traders back up their bids and is therefore seen as being extremely positive for sterling. If a deal is done today we would likely be back above $1.36 and making an attempt on $1.37 in short order and ultimately $1.40 may not be out of the question. There are fairly symmetric risks to the downside if no deal is done today," says Neil Wilson, Senior Market Analyst with ETX Capital.

"I just don’t see either side saying it’s all fallen apart & back to the drawing board," says Neil Jones at Mizuho Bank in London who does caution that the Pound-Dollar exchange rate could go lower on any reference to disagreement over the reach of the European Court of Justice.

Recall there is disagreement over the role of the ECJ with regards to the rights of European citizens in the U.K. once Brexit has taken place.

The analyst says there is a good chance the EU say sufficient progress is made to move onto trade talks, without much detail, & Mizuho see a relief rally in the Pound-Dollar to 1.3550.

"If not the Pound dumps," says Jones. 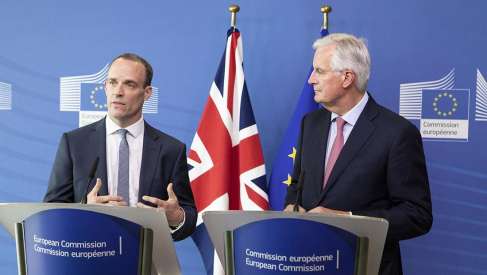