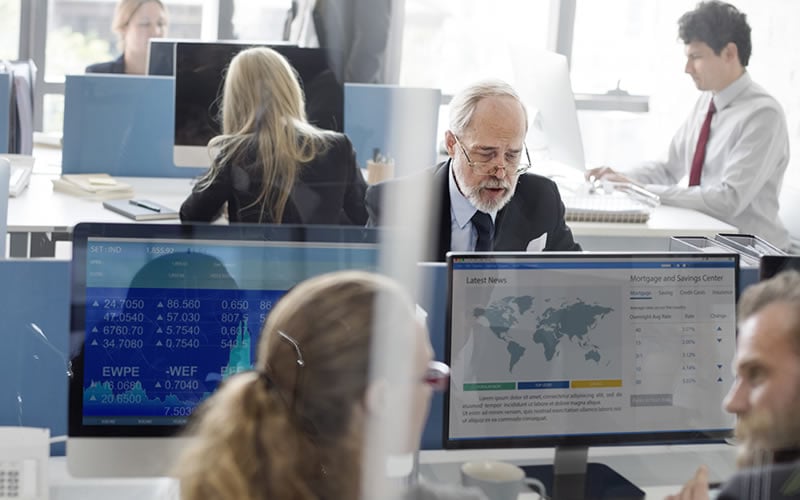 A leading European financial services institution has just told clients it is upgrading its forecast profile on Pound Sterling.

The call made by Italy’s Intesa Sanpaolo comes as many in the foreign exchange industry are forced to examine their previously-held assumptions on Sterling in light of the currency’s recent strong run.

In particular, the decision by Theresa May to call a June 8 election has been described by some as a game-changed for the Pound.

Analysts at  are the latest to examine the currency saying that beyond the short term, they confirm expectations for a subsequent recovery,

Regular readers of Pound Sterling Live will recall that it was only last week that we ran a detailed feature of the thinking at Intesa Sanpaolo which sees a dip in the Pound against both the Euro and US Dollar in the one to three-month timeframe.

This view of near-term weakness appears to be coming to fruition with Sterling coming under some notable selling pressure in mid-month trade.

However, even the one to three-month time frame has seen upgrades.

The latest changes to the Pound’s outlook at the Italian bank largely rests on the Bank of England who conducted their May monetary policy meeting and released their latest set of quarterly economic forecasts last week.

Recall the Bank of England is arguably the single most powerful driver of Sterling value in that they control the supply of money to the economy via interest rate settings and the use of quantitative easing which is essentially a form of money-printing.

And for Intesa Sanpaolo, projections and assumptions communicated by the Bank are key to their own expectations for Sterling.

What has Changed then?

Intesa Sanpaolo argue that the overall assessment made by the BofE is therefore better than the one expressed in the February’s inflation report.

“This is why we revise up our projections for the pound throughout the whole forecasting period,” says Luca Mezzomo, Chief Economist at Intesa Sanpaolo.

The BoE effectively revised down its growth forecast for this year, following the sharp slowdown in 1Q, but did so only marginally, from 2.0% to 1.9%.

“Given the significant upward revision to growth contained in the February’s IR, the new GDP growth scenario is very good, even in the wake of recent developments in the UK, which were not homogeneously positive. The new projections show a very modest slowdown as a consequence of Brexit,” says Mezzomo.

The Bank said that the main assumption underlying the new scenario is that the adjustment to the UK’s new relationship with the EU is “smooth”, with and orderly Brexit, a final agreement and a transition period.

And of course, the main pro-GBP argument made on Theresa May’s decision to call elections for June 8 is that a larger Conservative majority is expected to allow for a market-friendly transition period to be agreed.

Perhaps the Bank has taken such an outcome into account when drawing up its latest economic projections?

Intesa Sanpaolo still envisage the possibility of a decline in the near term (1m-3m), both in view of the beginning of Brexit negotiations immediately after the elections on 8 June.

Mezzomo and his team anticipate tensions between the United Kingdom and the EU will peak in the initial stages of the talks.

Furthermore, weaker data is expected which should confirm the current slowdown in consumption as a result of a further rise in inflation in the months ahead.

“Beyond the short term, we confirm our expectations for a subsequent recovery, in view of the rate hike cycle beginning, and of a stabilisation of the growth and inflation scenario, which – we should not forget – is based on the assumption of a gradual and orderly Brexit process,” says Mezzomo.

The analyst cautions that this is a crucial assumption because a failure, i.e. a disorderly Brexit, would cause a further depreciation of the pound, sending it below post-referendum lows.

In order to keep such a risk into account, the size of the expected recovery beyond the short term is modest towards GBP/USD 1.35 GBP/USD on the two years-horizon, that is still below pre-referendum levels.

Against the euro, the pound would weaken only modestly in the near term (towards EUR/GBP 0.85 on a 3m horizon), given the simultaneous expected depreciation of the EUR/USD.

This equates to a Pound into Euro exchange rate of 1.1765.

Furthermore, Mezzomo says risks to Sterling-Euro are skewed to the downside, as the prospect of the ECB changing its guidance already at its next meeting in June may strengthen the single currency.

But, beyond the near term, the expected strengthening of the Pound should also extend to the exchange rate against the Euro (towards EUR/GBP 0.83 on a 12-month horizon), in view of the beginning of the BoE’s rate hike cycle.

However, Intesa Sanpaolo believe the movement should be limited, given the simultaneous expected strengthening of the EUR/USD as a result of the monetary policy normalisation process the ECB will also undertake.

Finally, on the two year-horizon, Sterling might weaken again vs. the Euro (albeit modestly, towards EUR/GBP 0.85) in the wake of the negative impact of the real exit from the EU and the single market as well, which will take place starting from March 2019.

So as you can see, the outlook doesn’t scream of a sharply higher Pound, rather the risks of a notably weaker Pound have been diminished.

Expect the Euro to Perform Well

The strong economic growth rates currently being seen across Europe is apparently seeing markets re-rate their views on the Euro.

Eurozone first-quarteGDP released in May showed some welcome geographic broadening of growth with the long-underperforming peripheral countries starting to see activity pickup.

Analyst Chris Turner at ING in London says we should expect the EUR to perform well as investors:

a) re-assess whether it needs to stay so under-valued,
b) prepare for a change in ECB rhetoric at the June 8th meeting (ECB’s Couere yesterday said that a rise in bond yields was a benign increase in the term premium) and
c) use it as a safe haven to hedge Trump political risk (EZ has a 3%+ current account surplus).