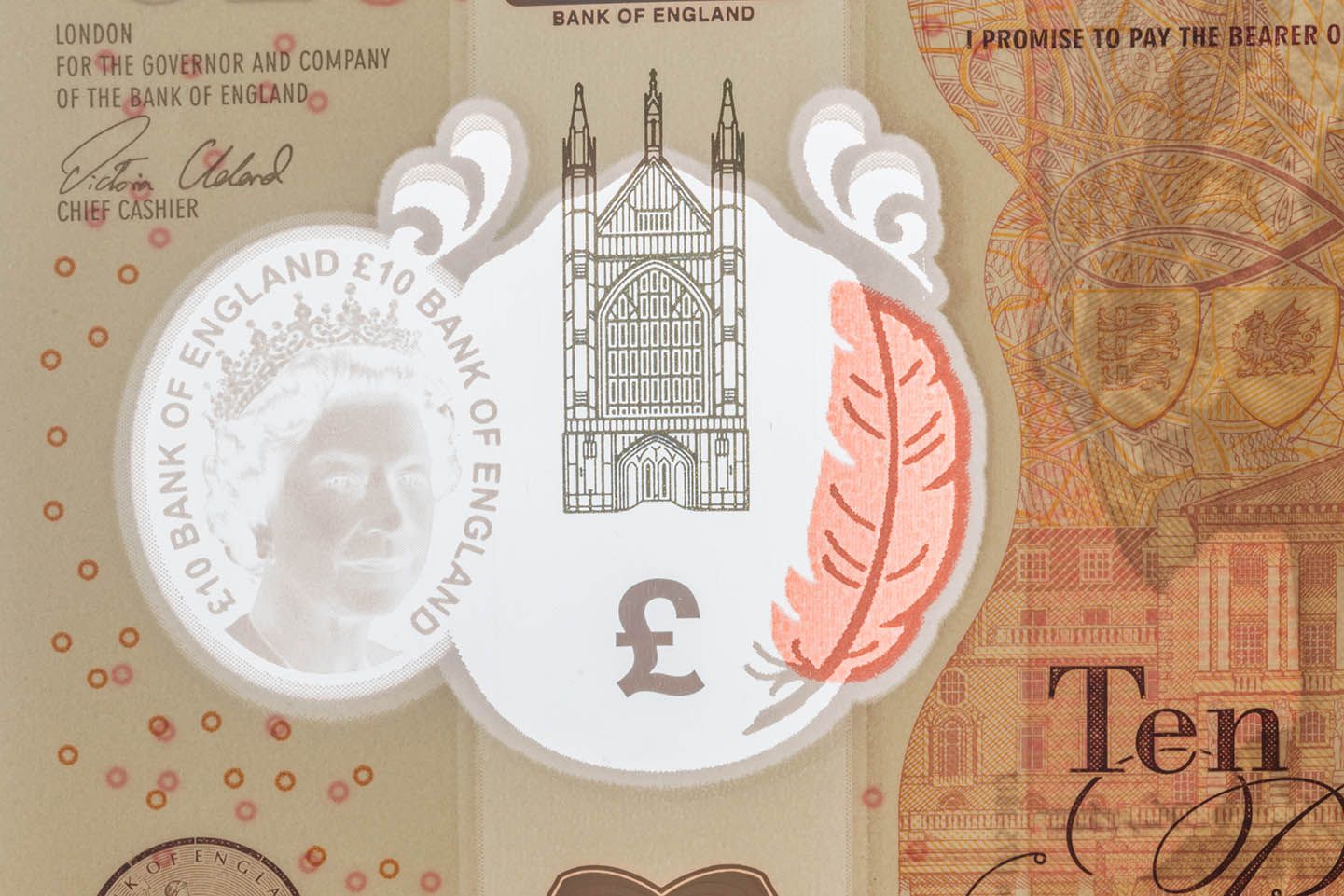 A broad-based strengthening in the Euro combined with a stuttering Pound Sterling conspired to push the Pound-to-Euro exchange rate below the key 1.10 level, but expectations for a resumption in talks should keep losses shallow.

Pound Sterling lost ground against a number of its peers in a vacuum of developments concerning post-Brexit trade negotiations which have all but stalled. The UK last week stepped back from talks having accused the EU of failing to engage the UK as a sovereign equal in talks, saying negotiations could only continue if the EU were to make a substantial shift in approach.

The EU and UK chief negotiators have been in touch on both Monday and Tuesday, with EU Chief Negotiator Michel Barnier saying his side is ready to talk.

"I spoke again to David Frost today. My message: we should be making the most out of the little time left. Our door remains open," said Barnier.

However, the UK looks unwilling to engage the EU's overtures as yet.

"Lord Frost and Michel Barnier had a constructive discussion. The situation remained as yesterday, and they will remain in contact," said a statement to the press issued by Downing Street.

The worsening stalemate coincides with a fall in the Pound against the Euro to below 1.10 once more, leaving the pair quoted at 1.0957 at the time of writing. This move lower takes the exchange rate to the bottom of its October range. 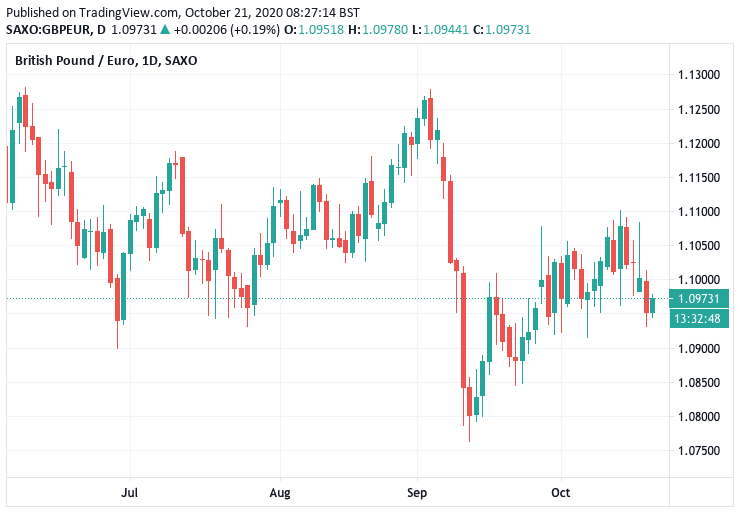 Above: GBP/EUR daily chart. If you would like to secure today's rate for future use, or automatically secure your ideal rate in the future, please read about the tools are available to you here.

However, markets are unconvinced talks have broken down and the range-bound nature of Sterling betrays a sense that they will be rebooted within days. Indeed, analysts say the decline in Sterling would be substantially greater were the market to be substantively ramping up expectations for a 'no deal'
outcome.

The assumption amongst analysts and market participants we are hearing from is that talks will ultimately restart given the high stakes involved for both sides, with neither keen on suffering an additional economic hit as their economies experience fresh headwinds from rising covid-19 infections.

"Markets have become more accustomed to this process by now, and seem more willing to dismiss the noise as long as the sides are still talking, at least in private," says Zach Pandl, an economist at Goldman Sachs.

Aiding a sense that the two sides will ultimately reengage following the recent posturing is a Telegraph report out late on Tuesday that says Barnier is "expected in London on Thursday" as he is "mulling a surprise visit to London amid cautious optimism of a breakthrough on the talks."

According to the Telegraph's Christopher Hope and James Crisp "the visit would be the most tangible signal that the optimism of the past 24 hours could lead to a trade deal between the UK and EU."

One senior UK Government source told the newspaper ministers were "hoping to hear more from the EU" before the end of this week. A second source said Barnier could be in London on Thursday. A Brussels source confirmed to that while Barnier could come on Thursday "it is not confirmed".

"While we recognise that the negotiations appear to have become more acrimonious, and deadlines really are approaching, we still think the UK and EU are on a path towards coming to a 'thin' agreement over the next few weeks. We note that the threats to withdraw have so far come with caveats, and leaders appear to have preserved options to deescalate if needed. Therefore, we continue to recommend that investors stay the course," says Pandl.

Goldman Sachs advocate investors buy the Pound against the Euro with a target for the exchange rate set at 1.15 in the event of a deal being reached.

While the Pound is subject to Brexit headlines, the Euro is proving to be this week's best performing major currency and is accounting for the lion's share of GBP/EUR downside.

"The euro is putting in solid gains against major currencies with the largest gains against the yen and Aussie dollar. EUR/USD posted solid gains after it broke above the 55-day moving average, allowing it to probe 1.1830/50 resistance, where the Oct. 9 high and daily cloud top sit," says Christopher Romano, a Reuters market analyst.

Markets welcomed a strong auction for EU bonds, issued by the European Commission to raise funds to fight the economic ills of the covid crisis across the EU.

The EU sought to raise €100BN to fund its SURE programme (Support to mitigate Unemployment Risks in an Emergency ), a fund made available for Member States that need to mobilise significant financial means to fight the negative economic and social consequences of the coronavirus outbreak on their territory.

"The EU successfully auctioned 10y and 20y supranational social bonds to finance its €100bn SURE programme. The bonds carry a triple A rating. Demand was enormous, totalling over €230bn," says Mathias Van der Jeugt, analyst at KBC Markets. "Apart from this monster bond sale, news was scarce during the EMU trading session. European stocks flip flopped between gains and losses within a narrow range."