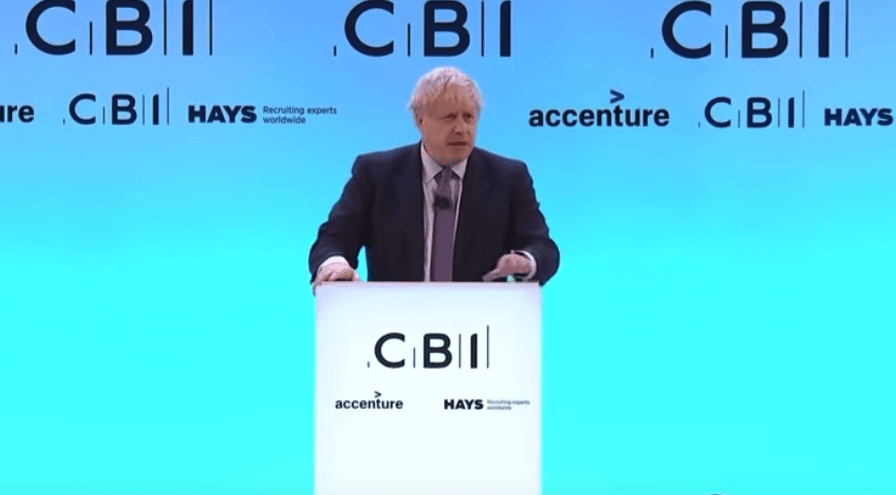 - Foreigners to invest in UK assets after Brexit deal

- But GBP/EUR unlikely to rise materially beyond 1.20

Foreign exchange analysts at global investment bank Morgan Stanley are tipping the Pound to extend recent gains made against the Euro into the early part of 2020.

The Pound has been appreciating noticeably against the Euro since mid-August 2020 when the GBP/EUR exchange rate hit a low of 1.0720, and there could be more gains to come for Sterling says Hans Redeker, Strategist with Morgan Stanley in London.

The Pound "should rally sharply by 1Q20 as an orderly Brexit path becomes clearer, prompting foreigners to lift their GBP hedges and invest in undervalued GBP assets," says Redeker.

The currency has rallied since mid-August when the odds of a 'no deal' Brexit taking place started falling, these gains subsequently accelerated after Prime Minister Boris Johnson struck an 11th hour Brexit deal with the EU.

The odds of a 'no deal' Brexit taking place have mostly been eliminated by the striking of the Brexit deal, particularly as this deal has now formed the centrepiece of the Conservative's election campaign. In short, there is no major party offering a route to a 'no deal' Brexit, and this is a scenario that has allowed investors to be more confident in their approach to Sterling.

Put another way, there is little reason for foreign exchange traders to enter into bets that would only deliver substantial profit if Sterling were to fall towards all-time lows.

Sterling has appreciated on growing odds of a Brexit deal being delivered, as it will put to bed months of regulatory uncertainty that has been holding business investment back. "Brexit uncertainty has driven GBP into undervaluation. Instead of investing, corporates have replaced capital with labour, undermining productivity growth, which does not bode well for UK corporates' profitability," says Redeker.

Foreign exchange markets are now eyeing the December 12 election, noting that if UK voters deliver a Conservative majority then it becomes likely that a deal will finally be delivered in early 2020.

"Once there is clarity that there would be an orderly Brexit outcome, we expect front-loaded GBP purchases," says Redeker. "As there may be more USD hedges in place, GBP/USD should rally the most. This is further supported by positioning, as investors have been expressing a bullish GBP view against EUR rather than USD."

Morgan Stanley are forecasting the GBP/EUR exchange rate to trade at 1.2050 by the end of March 2020.

However, anything above 1.20 could well prove to be a high-water mark for the exchange rate as a decline back down to 1.1628 is pencilled in for the end of June 2020, where the pair is expected to end the year.

GBP/EUR strength will however likely be contained by a stronger Euro in 2020, which Morgan Stanley say will largely result from an improvement in Eurozone economic growth.

"Eurozone growth is expected to pick up as US growth starts to slow, benefiting EUR/USD particularly as market expectations for eurozone growth are fairly low," says Redeker. "U.S. growth is likely to slow modestly further into 2020 as fiscal tailwinds fade, while European data may exceed the market's low bar."

Eurozone growth has been anaemic in 2019, largely owing to a slowdown in the German manufacturing sector which has suffered on the back of trade tensions, Brexit uncertainty and a slowdown in Chinese economic activity. This has all taken a heavy toll on Germany’s export-driven and manufacturing-heavy economy.

However, third-quarter data readings suggest that the Eurozone economy might have found its bottom, and a turnaround is being seen by some economists.

"Recent leading indicators have provided tentative signs of optimism that the German economy is close to the worst point and could begin to pick up gradually in 2020... the improving euro-zone data flow has not been sufficient to encourage a stronger euro at the current juncture," says Fritz Louw, a currency analyst at MUFG.

Morgan Stanley say that improved economic performances out of the Eurozone will likely translate into increased bond yields on Eurozone sovereign debt, particularly German sovereign debt (bunds), which should in turn support the Euro.

"A less dour market outlook for Europe is likely to manifest itself in a steeper Bund curve," says Redeker.

However, there are other Euro-supportive drivers to be aware of adds Redeker: "We think political factors will increasingly support EUR/USD. A 2020 resolution to Brexit should reduce economic uncertainty for the UK and its major trading partners, including the euro area. Meanwhile, we anticipate continued momentum towards greater fiscal integration. We believe the ECB has neared the limits of monetary policy easing, leaving fiscal policy as a candidate to support future growth."